It was Twenty Years Ago Today

(with apologies to the Beatles)

While I didn’t quite leave the building humming my favorite Bob Dylan tune “I Shall Be Released,” it was, never-the-less, a real turning point in my life. I’m a very lucky guy.

The only other time I got fired was while I was in college. I had just gotten a job as the night clerk at a prestigious private men’s club in downtown Saint Paul. At that time, visiting businessmen could rent rooms on the upper floors of the building. My friend told me about the all night job that paid well and didn’t require much work aside from staying awake and answering the phone should any of the overnight guests call downstairs. 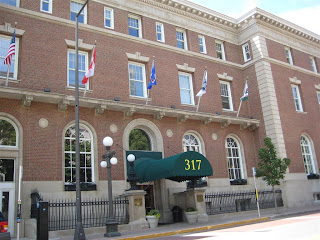 Unfortunately, my colleague (who got me the job) didn’t bother to tell me where the ice was stored back in the kitchen. My first night on the job, two very inebriated guests stumbled downstairs in desperate need of ice for their drinks. I couldn’t help them since I had no idea where the ice was stored. Consequently, the poor souls had to wander the streets of St. Paul late at night in search of ice. That offense was great enough to get me fired the very next day.

The classy manager didn’t bother to fire me directly. He just told my friend that I had been canned. I’ve never checked with the Guinness Book of World Records but less than eight hours on the job has got to be some kind of record!

My second firing, after thirteen years on the job, came out of the blue. Office politics has never been my forte. I’ve always naively assumed that if I did my job and did it well that I was safe. What I hadn’t realized was that behind the scenes all kinds of political games were being played and jobs were hanging in the balance. So I became an easy target to shift the blame away from my boss for short-comings in his department. It was all part of a much larger game of oneupmanship and palace intrigue.  Little did I know what a great favor he was doing me. 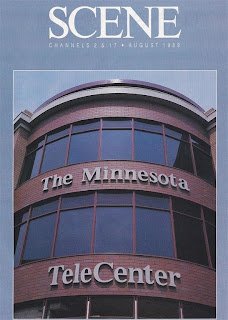 It was the people back then and never the place. I’ve always loved and admired the role that quality public television has played in my life and that of my family, especially my grandchildren. In fact, in lieu of mindless time spent in front of the boob tube, I’ve taken to watching PBS documentaries on my laptop at night. It’s a refreshing change of pace and very informative.

It’s never pleasant getting fired especially from a job you love and folks you like working with. Of course, not all of my colleagues were keepers but there were enough of them whom I considered my friends as to make it hard to say good-by and move onto something different in my life. Many of those same folks gradually moved on themselves to other opportunities. Others have passed away. The old place isn’t the same. That’s too bad as well as being a good thing. In reality, the station was just a tiny capsule of time in a much larger equation called life. Unlike a lot of my colleagues, neither the place nor my work defined me.

With the firing my world was suddenly a very different place. What I hadn’t expected was the excitement and fear of being totally self-employed for the first time in my life. Suddenly I had become the master of my own destiny. No longer would I have to depend on the erratic behavior of my boss to second-guess where the political winds were blowing each day. No longer would I have to play the games that new CEO was cooking up as he tried to mold our business into the east coast model he had come from. No longer would I have to listen to the bitching and complaining that some of my colleagues engaged in as they sleep-walked through each day.

It would have been nice if I had taken that giant step on my own. If I had summoned up the courage to follow my heart and strike out on my own before that incident. But with two young kids and a mortgage, I wasn’t about to venture out into the wilderness of self-employment until the time was right.

Politics made it right and I’ve never looked back since. A friend once told me that after six months of self-employment, he had become unemployable. He just couldn’t see himself working a regular nine to five job ever again. I know exactly what he meant. Who says You get to be Boss.

‘WhatColor is your Parachute’ was my guide to future employment opportunities. I was determined to do what I wanted to do. The hours didn’t matter. I’ve never worked a nine-to-five job or an eight-to-four job or a morning-to-afternoon job in my life. Don’t intend to start now.

Like a phoenix I was able to rise up again. I was lucky.

Our greatest glory is not in never failing, but in rising every time we fail.
Confucius

Old age is far more than white hair, wrinkles, the feeling that it is too late and the game is finished, that the stage belongs to the rising generations. The true evil is not the weakening of the body, but the indifference of the soul.
Andre Maurois

I have a horror of not rising above mediocrity.
Robert Baldwin

I guess if it hadn’t been for those two drunks and a cowardly boss, I might have followed the same old path as most everyone else around me did. I was a very lucky guy twenty years ago today.