How do you eat an elephant? One bite at a time.

How do you write a book?  One page at a time. 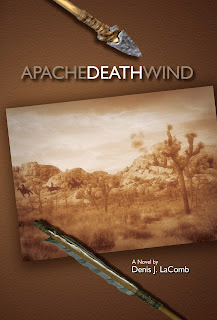 ‘Apache Death Wind’ was written in 1973 over a period of one year. That was roughly ten pages at a time, type-written. Then each of those ten pages was edited and rewritten all over again. On and on until the story was done. Another western was written a year later. Both languished in a paper box until 2005 when the first novel was scanned onto floppy discs (remember those), rewritten on a Mac then transferred to a word document and finally rewritten on a PC. It lay dormant for another year or two and was resurrected then as my first serious attempt at novel writing. Four years later, it was finally published. 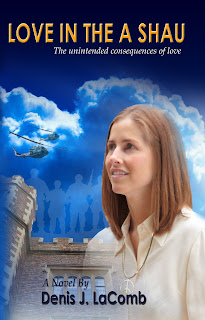 After Apache Death Wind, ‘Love in the A Shau’ captured my imagination and begged to be written. It first germinated as a 56 page treatment and finally wound up as my first published novel. I chronicled that process in I Gave Birth Today. Between ‘Apache Death Wind’ and ‘A Shau’ another novel entitled ‘Debris’ was created. 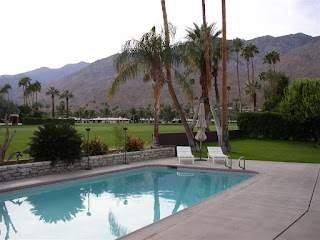 After coming to the Coachella Valley for almost thirteen years now and spending a considerable amount of time here, I’ve become a native in mind and spirit. The mountains have become background to my early morning runs and afternoon bike rides. Our cache of friends has grown to include folks from around the country. Our neighbors became real people who watched our house and we watched theirs. Downtown was seldom frequented unless company was in town. L.A. became a two hour Sunday morning ride to the Pantages Theater in Hollywood and Laguna Beach became a weekend destination for long beach walks and ocean side fantasies. 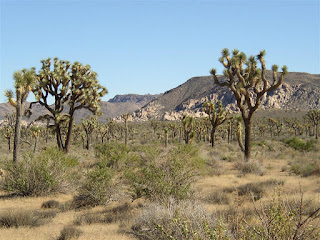 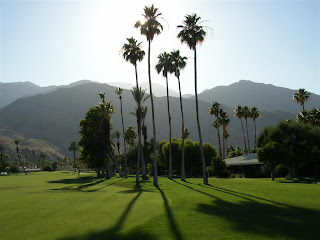 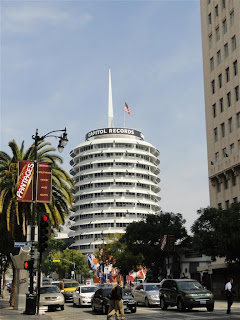 There was a story here, I just knew it. But old Palm Springs had long since faded into a vapid memory to the oldsters still around town and the new Palm Springs hadn’t yet shaken itself out of the recession.
Palm Springs wasn’t the small village as some natives liked to imagine it nor was it a mecca for the rich and famous like down valley. Palm Springs was a storied history book of Hollywood lore, scandal and glamor. But that was its past. Its future was still being debated in the Desert Sun, Chamber of Commerce meetings and during the cocktail hour in many backyards.

I wanted to tell the story of old Palm Springs but in the context of a new Palm Springs arising from its ashes. But where and how? 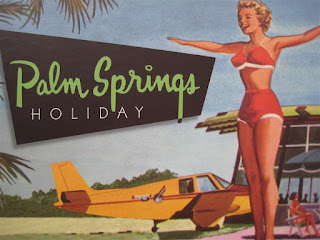 The title came to me several years ago as I was walking by the Greyhound bus depot in down-town Palm Springs. The depot has since been moved to another location but at that time it was a gathering spot for those folks one wouldn’t normally see in Palm Springs. Those were the home-less folks and vagrants as well as sundry folks whose only means of transportation was the bus. A thought jumped into my mind: “They were all just debris from the West Coast.”

Fair or not, the label stuck and I began to wonder about those folks who have ended up in Palm Springs because that was as far as the bus would take them. Or perhaps they came here in hopes of a new career or a new start on life. I began to imagine what kind of folks end up here because there is nowhere else for them to go.

I had already seen a number of them in the early morning hours at the Starbucks near downtown.
Saint Joseph’s of Starbucks

The tall striking blond who claimed to have just flown in from India where she was doing charity work. She kept reappearing day after day at the coffee shop, always dressed in the same clothes and asking about jobs in town. She was beautiful, mysterious and probably diseased.

I can’t count the number of older men who come into the place, digging into their torn pockets for change for a cup of coffee. Their odors linger long after they’ve left. Some of them have dogs that smelled better than they do.

The tourists, often foreigners, also looking for their morning fix and a taste of the other side of
Palm Springs.

I began to build a cast of characters who would populate my novel. Each would bring a different story to those pages. It would be stories of love, betrayal, ambition, lust and death.

It would be another side of Palm Springs. The everyday lives of people not associated with the green golf courses, the shimmering blue pools, the magnificent mountains, the glamor of Hollywood and the hedonistic sub-culture of some folks who come to visit. It would be about real (in my imagination) folks who live in paradise but fight hell in their lives more often than not. But it would also be about the longing for love, the fight for survival, the quest for sanity in an insane world, driving ambition and painful betrayal.

It would be the flip side of the Palm Springs that the tourists never see. And I hope it would make for one heck of a story.

I’m on my fourth rewrite now and the story is taking shape nicely. It probably won’t be the fodder for the tourism department but it just might make for an interesting story in a remark-
able place, my second home.
Posted by Author Denis J. LaComb at 11:01 AM

Only the Facts said...