On one of my recent playdates (translated ‘coffee and chat’ session), a friend was talking about being raised poor and not knowing it. His father, along with his Uncles, all worked at the Fire-stone Tire factory in Akron, Ohio.

It was a hard, honorable job but one that didn’t pay a lot, especially for a household of many children and a mother who didn’t work outside of the home. My friend’s situation was no different than the Irish, Polish, Black and Eastern Europe neighbors in his community. It simply was what it was.

My friend casually commented how he remembered having to put cereal box cardboard into his tennis shoes because he only got one pair of shoes for all summer. His parents couldn’t afford to send him to college but fortunately, he felt ‘the calling’ and went into the seminary instead. His brothers and sisters weren’t so lucky. They barely finished high school and went directly to work. 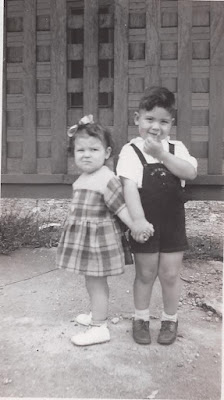 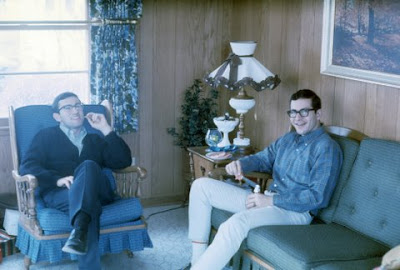 My own story of growing up poor has been chronicled in many blogs over the years. Again, it wasn’t something my friends and I were acutely aware of aside from the lack of a family car, summer vacations or material things around the house. Most of us started working at an early age and accepted that as ‘par for the course.’ 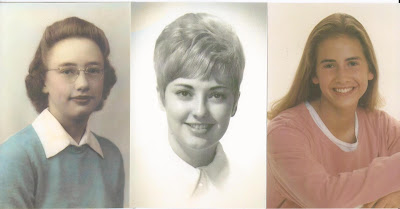 Sharon grew up, doing chores at six years old, on the farm. If the bulk tank wasn’t cleaned twice a day, her dad couldn’t sell his milk as grade A and there wouldn’t be a milk check at the end of the month. She remembers growing up with no sink in the kitchen but a shiny new bulk tank instead in the barn.

I’ve told both my kids, that compared to some of our relatives, they were lucky to be born without a silver spoon lodged… as some of their cousins were. It made them more self-reliant and determined to forge their own path to adulthood. 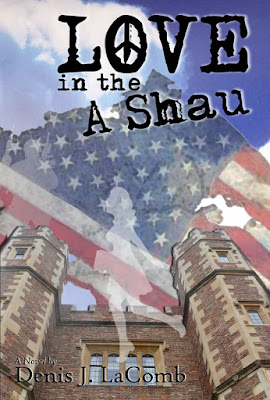 This idea of growing up poor is a central theme in one of my first novels ‘Love in the A Shau.’ There are certain advantages of being ‘born hungry’ as Daniel likes to say. I didn’t have a choice growing up but I’m not sure I would have changed a thing even if I could have. I’ve learned over the years that ‘growing up hungry’ is not a bad thing.

Posted by Author Denis J. LaComb at 12:00 AM No comments:

Growing Old as a Man

I’ve come to the conclusion that it’s different for men.

One of the advantages of having lived through multiple decades is the ability to look back and reflect on past and current changes in our lives. Most men seem to place those events into simple categories such as youth, education, marriage, kids, jobs and retirement. On the other hand, many women have a much broader perspective of these subtle changes occurring all around us.

Seldom talked about among older couples are subjects such as health, sex, socialization, relationships and the fear of dying. Many men think they’ve got it all figured out, but in reality, seldom do.

You could probably sub-title that period in their lives as: The fourth quarter, the final lap, final tabulation and/or reflecting on those who have died before them. Men have a lot harder time dealing with this final chapter in their lives and all the accompanying accoutrements of a life long lived. 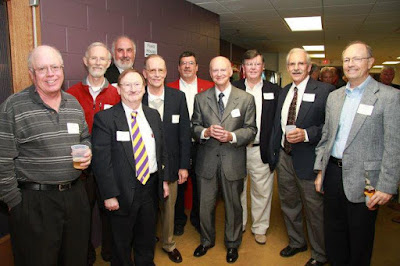 Class reunions can be poignant reminder that a lot of our classmates won’t be joining us for another decade of remembrances. The decades pile up and our ‘Camelot’ period of work or the service or youthful adventures soon becomes ancient history. 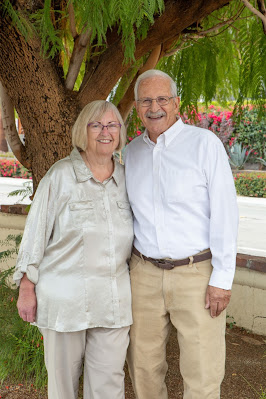 If we men are lucky enough to have someone beside us: new, previously-engaged, or a veteran of the long haul - we can better face that final curtain with the comfort of companionship. Usually two pairs of eyes and one good brain can better focus on the time ahead.

Women seem better equipped for this later stage in life. Perhaps it’s because most are natural-born multi-taskers. I don’t know if it’s the result of a lifetime of caring and nurturing of others; kids and parents alike or more ease and comfort in social engagement. Women seem more intuitive, with common sense instincts about the circle of life. Wherever their strength comes from, many women have proven more adaptable to the twists and turns of our later years.

The recurring mantra, repeated among the smarter set toward their spouses, seems to be ‘Now, don’t you get old on me.’ Women have this constant concern that their other half will begin to show the signs of old age. Growing rigidity, a lack of flexibility, a lack of tolerance for younger generations, concern for rising prices, social changes and a seemingly disregard to the tried and true that was good enough for their own generation. Many old men think they should be listened to simply because they’re talking. ‘The old men at the coffee shop’ (one of my favorite whipping points) is a case in point. 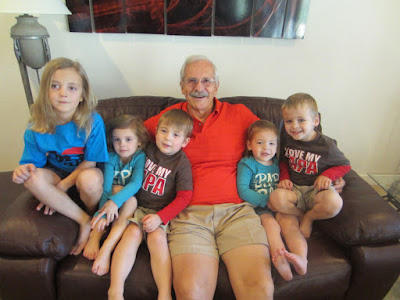 Time can be a cruel reminder of life’s frailties and that ticking time bomb called lifecycle. Sometimes it just makes sense to stop and listen to what’s being suggested by one’s better half instead of trying to figure it out all by yourself.

Said the old man still trying to listen as best he can.

Posted by Author Denis J. LaComb at 12:00 AM No comments: 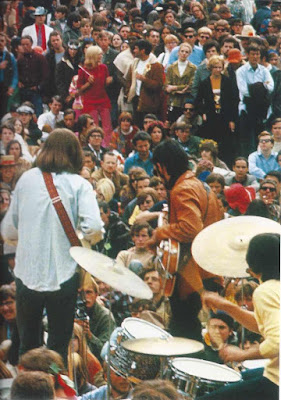 I never made it as a hippie, not even close. But I can remember being labeled as such because of my longish hair and bell-bottom jeans. Old people would stare at me, some with distain in their eyes, and others would just shake their head. Even worse, some knew that I was college-educated and that made it even more intolerable for their simple lifestyle. ‘Who did I think I was?’ They would ask themselves. 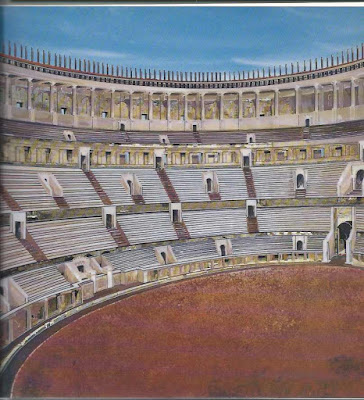 As radical and shortsighted as it may seem, damning the intellectuals is actually a tactic that’s been used by those in power for centuries. From the Roman gladiator games to the Khmer Ruge in the 70’s, blaming the problems of the state on those deemed different from ‘regular folks’ has always seemed to work…..at least for a while.

The Ku Klux Klan grew in power as poor whites found another class lower than themselves (in their eyes) and blamed their own problems on that class of people. My own mother revealed a deep-seated distrust of Jews when she would occasionally talk about being ‘jewed down’ by some merchant in town. I was too young to completely understand the source of her prejudice but even then I found it distasteful and ignorant. More recently, my In-Laws would occasionally criticize those in the cities for their own rural issues. 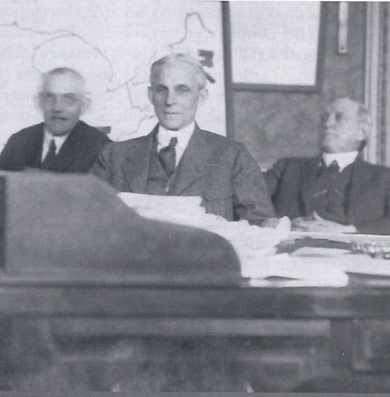 Henry Ford was a successful capitalist but a fervent anti-Semite. Charles Lindberg was a great aviator but an anti-Semite too. Down through the ages, leaders, great and small, have found a ready audience to appeal to by passing blame on to another ethnic group of people. Intellectuals are often at the head of that classification. 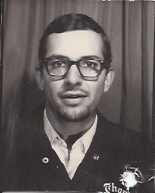 I can remember back in college when I was working at a motor freight company in Saint Paul. Our job was to clean out the warehouse and loading dock each Saturday morning. It was neither a hard nor intellectually stimulating job but it paid the rent.

Our boss was the weekend foreman who hated his job, hated himself, and most of all hated “those Goddamn college kids.” For whatever reason, he held a disdain for educated youth, especially college kids.

No question was honest or reasonable enough that he wouldn’t use it to criticize the questioner. He loved to belittle, denigrate, insult, and ridicule anyone who dared inquire about anything. The best way to deal with him was avoidance at all costs. After a while his comments became the source of many hilarious jokes made at his expense. It was a great way to pass the time, ridiculing his clothing, stance, ignorance, and pitiful outlook on life. It was also a very sad statement at his station in life and the depth of his hatred for himself and those around him. 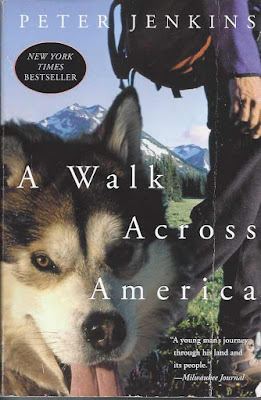 In his best-selling memoir ‘A Walk Across America’, Peter Jenkins talks about the reception he received from many small town folks as he wandered through the southern states back in the early seventies. With his wild hair, full beard, and backpack; the locals were immediately suspicious and wary of this stranger in their midst. ‘He was probably a hippie, high on drugs or worse yet some college-educated kid come to laugh at their simple lifestyle. Either way, he wasn’t welcome in their midst.’

When Peter decided to live with a black family in North Carolina, the locals went crazy. The whites hated him because he was white and living with n#**#*. The bootleggers suspected that he was a revenue agent sent to spy on them. Worst of all, he was college-educated which sealed their conviction that he was a problem, plain and simple. 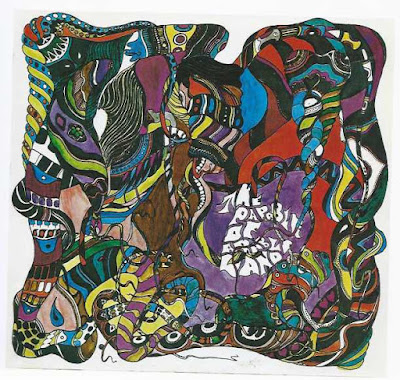 I can remember encountering ignorance at work, in the service, and the workplace. A lack of education is one thing - hand-me-down prejudice is something else. 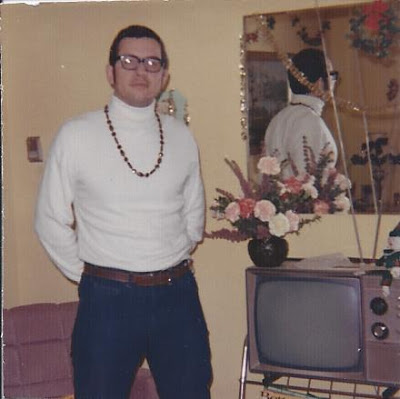 I never made it as a hippie, not even close. But at least I tried to be open-minded and accepting. A trait I’ve tried to pass on to my children and grandchildren. I think it’s stuck with them and I couldn’t be happier.