During the winter months I work out in a gym downtown. This one is small and caters primarily to  retired men and women who have the time, the means and the desire to stay in shape. Preening isn’t something you see here very often. Unless, of course, it’s some seventy year old woman who has invested enough capital in liposuction, silicon and a personal trainer that she can’t help but check out the results every time she passes by a mirror. The peacock syndrome is seldom seen here.

During the summer months, I belong to a much larger gym with enough macho men and women to fill a Fitness Magazine cover to cover. Most of them have embraced preening like it was some newly discovered art form. Peacocks roam the floor in droves here.

The act of preening is an amusing exercise in self-indulgence. Body builders are the most serious…and the funniest. They stand in front of their full length mirror and admire the magnificent male specimen in front of them. They ponder their pecs and abs and dorsal fins and then stare down the giant barbells challenging them. Finally they lunge forward, gripping the barbells like they were the best part of their girlfriend and hoist them high into the air. After that brief explosion of self-induced gymnastics, they drop their weights and go back to admiring their sculptured physique.

Add to that species, the grunters and the groaners and it becomes high entertainment. I can never tell if that later group is about to cough up something, clearing their throat of flam or having an orgasm.

Male preening can take on many forms but usually only serves a couple of functions…most of them self-induced and self-indulgent. But women are no exception to this category. Long before waxing and body-piercing and tattoos became the norm, women have sought out ways to impress the male species. Now men are as guilty of this military maneuver as are women.

I was talking to my editor about the lengths that some women go to make themselves attractive to the male of the species. Her defensive posture was to point out that women are hardly alone in this age-old quest of self-packaging. She even suggested that I write a blog about the lengths that we go to to attract the opposite sex.

I was intrigued by her challenge so I began to investigate this so-called peacock syndrome. Of course, one of the first things I did was to Google men and man-scaping. The results were hilarious and great for a gasp or two.  So I continued my search on Google on ways to impress the ladies…or other men.

My research took me to places that only a physiologist can properly decipher. I kept hearing this tiny voice behind my ear muttering…’seriously.’ Palm Springs has its fair share of ‘men’s’ magazines. The ads there are hilarious… or would be if they weren’t so serious.

One ad was for waxing services. They can eliminate hair wherever it can be found; eyebrows, upper lip, ears, nostrils, sideburns, arms, chest, back, leg and of course the tour de France…the Brazilian. Just why a man would want to eliminate all that hair is beyond me. But man-scaping is big business in the valley and on both coasts. So it is with women too. What ever happened to the ‘natural’ woman?

My recent return (foisted on me by my kids) to a local hangout for hipsters proved once again that I live in a different world. As I pointed out in Christmas Redoux, there were more tattoos gathered around that pool than any Marine barracks or truck stop diner. Both men and women displayed enough symbols, flower patterns, Celtic designs and scripts and scrolls to fill a modern-day version of the Dead Sea scrolls.

This might make sense in the heart of the Amazon rainforest but it did seem a bit out of context around a clear blue swimming pool. Of course, my kids were painfully quick to point out that I was the outsider there, not all the painted ones surrounding us.

The mating game continues to amuse, amaze and astound me. Catching snippets of ‘the Bachelor’ or ‘Bachelotte’ or any other match-making series only baffles and confuses me.

Many centuries ago when I was trying to ingratiate myself into the dating scene I used to think that giving my date choices was the way to go. I thought I was being thoughtful and considerate. Of course, any alpha female would ask “how else should it be?” 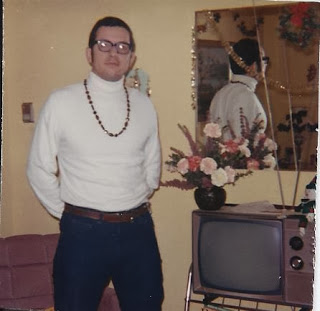 I’ve since learned that a lot of women like a man who takes charge and is in control, telling them where they’re going and what they’re going to do on a date. They see a man who lets the woman chose as a date with little imagination and not in control.

I could never understand those women who wanted a man to take over their lives. But I think I was often in the minority. That confusion about women has continued throughout my life and exemplified itself with my blogging. Women are Smarter than Men and The Mysterious Language of Women

There probably was some preening going on back ‘in the days’  but I was totally oblivious to it. I was still searching for that magic elixir that would give me the answers to the wonderful confusing world of women. It turns out the answer was right in front of me and most other men but we never saw it.

So I asked my confidant and adviser on all things female. After gales of uncontrolled laughter, my wife set me straight.

It turns out the way to impress a woman is pretty straight forward and to the point. Most of it, guys, goes on between her ears and not elsewhere. At a time when some of our body parts are expanding, heading south or leaving town entirely all that seems left to impress our intended is open and honest communication.

“Seriously” I asked, “that was the answer all along. All I had to do was listen and pay attention to what she was saying…be interested in her as a person and she would have ‘liked’ me? Will wonders never cease.

So it turns out that, peacocks aside, just caring is the simplest answer of all. Of course, there are pills and lotions for just about everything to help us feel youthful and perform like one again. But the mind and honest expression is probably the best come-on for almost anyone, male or female, to hear. And you don’t need a mirror to do it.