I have a friend who conducts workshops on how to write your own obituary. The responses to her workshop always seem go one of two ways. The first group wrinkles their nose and responds with a frown “Oh, Lord, I don’t want to talk about my own death.” The more optimistic of that group then adds “and besides, I’m never going to die.” It’s denial at its most optimistic stance.

The second group recognizes that my friend’s workshops are an opportunity to make their own farewell statement. These folks realize that they now have an opportunity to say just what they want to say about their own lives instead of it coming from some boiler-plate funeral home ad or a template from the newspaper. They get to share with family, friends and associates just what was important to them and what they are most proud of for the time they spent here on earth.

I’m in that second group. I want to tell the world what I did with my life…once I figure it out.

At first blush I’d have to say I’ve been very lucky on so many levels. Then having said that I would also add that I’m unapologetic for past failures, mistakes, losses, missed opportunities and a wide assortment of sundry missteps that have also defined my life. At this stage of the game, I’m too old and too busy to worry about ‘what might have been’ or ‘what if’ or ‘if only...’

I guess my own story begins with a French Canadian guy whose parents came from someplace in Canada. He was a short guy with a pencil-thin mustache and (supposedly) a fondness for the drink. He went from Michigan and ended up in the Twin Cities. He was playing in a band in St. Cloud, Minnesota when he met my mother. She was just a young German Catholic girl recently off the farm. 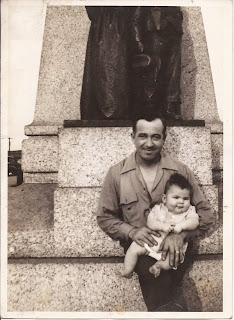 So my heritage is French Canadian and German. But what does that mean in the greater scheme of things? It is a heritage that I have no affinity to nor interest in…because it has no roots. As was befitting the rural German Catholic culture of that time, my mother never spoke of my father either before or after he passed away. It was as if he never existed in the first place. If I had a past, it is buried in a mausoleum in Saint Paul.

I can lay out a few of the stats, facts and incidents that defined who I became. I was young and dumb and poor but open and honest. I’d like to believe that, much like my writing, I stumbled a lot but somehow kept moving forward. 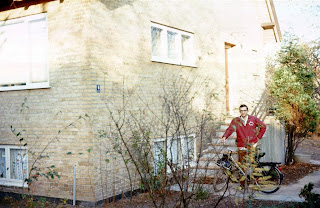 It’s always a challenge to revisit that narrative in my head about my life up to a certain point. The facts are easy to lie out and document. I could put them into a flow chart or a neatly outlined diagram that lists important dates in my life. It’s neat and clean but still smells like an old tattered history book. Something is missing. The data would tell you how I got to where I am but it wouldn’t tell you how I ended up being who I am today.

There is a ‘60’s time warp in my head. A wonderful period of creativity with its music and Bob Dylan and the Beatles and hippies and personal liberation and milestones. But I don’t apologize for that. It is part of who I have become. It doesn’t take away from my life today but instead comforts and feeds me more material for my stories.

Do I want to share the joys of a life well lived or wax philosophically about past lives, past loves, past failures and hopes for the future? I guess it’s a combination of both.

I am not interested in ‘what if’s.’ Bob Dylan said ‘Don’t look back.’ I would add as a caveat unless you’re in a good place. Because if you’re in a good place in your life today then you can look back and see the success and the failure, the goals that fell short and those never attempted. You can look at your life as it truly was and not as someone else said it should be.

One friend recently commented to me that it was too bad I hadn’t started my writing career years earlier. I simply replied that I couldn’t have done that years ago because I wasn’t the same person that I am today. My head was in a different place back then. Neither better nor worse but probably not conducive to the focused passion I feel for my writing today.

I guess I’m foolish enough to believe that old cliché that it’s never too late to become the person you’ve always wanted to be. I am today the result of a million different experiences, episodes, loves, failures, losses, challenges and successes that rippled through my life over the last seventy years. 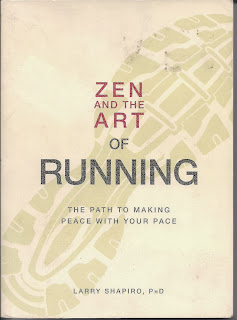 Zen and the Art of Running

I read a book recently called Zen and the Art of Running. The author pointed out that a runner changes every day and shouldn’t expect the same results today as he might have gotten last week or last year or ten years ago. Like many others, I am constantly changing and evolving and adapting to the nuances of each day.

I have another friend who has defined life in three simple words: Learning, Earning and Yearning. His position is that we grow up with certain knowledge. We make a living. Then (he claims) we yearn for what we didn’t do or don’t have or lost. I don’t think it has to necessarily be that way.

I can’t do nor do I want to do what I did before. I do not want to wear a younger man’s façade. The years of experience and joy and disappointment run lines across my face but I wear them like a seasoned veteran in the games of life.

My new identity is a moniker I wear with pride and is defined by the stories I tell. My blogs are just one step in that direction. They are personal, explicit, revealing, open and honest. But in the end, they are simply meant to be a snapshot of a moment in time in the life of…

Today I am much more interested in telling my stories and living my life vicariously through my characters. I want to share the fear of humping my hog through the boonies, riding old Apache trails and avoiding ambush in some narrow slot canyon. I want to mastermind the intricate workings of a modern-day courtship and look in on two women slowly falling in love. I want my protagonist to fall in love with a siren of my own creation. 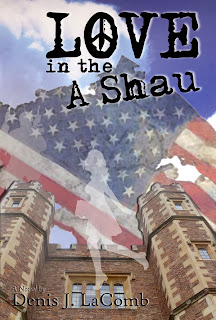 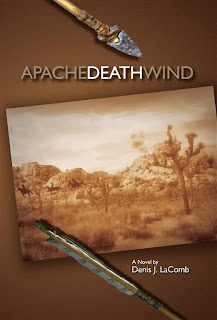 I want the new me to splatter my keyboard with stories of past adventures, mishaps, wondrous experiences and my characters grand plans for the future. I want to live the life of a drifter out west and an adventurer on the Mekong Delta. And I want to do that until my ink dries up and my mind slowly fades away.

I haven’t written my own obituary yet but when I do, it’ll probably start with something like…
“He had a good life…and then it got even better.”
Posted by Author Denis J. LaComb at 10:00 AM