A Walk in the Light of the Son


The Prodigal Son came home a couple of weeks ago. It was just for a brief weekend to celebrate Father’s Day ahead of schedule. It included time to see family, a couple of his old school chums and a little quality time (translation: doing dumb things we enjoy) with his dad.

Brian isn’t really the Prodigal Son. We wouldn’t let him come home if he was. He’s a mature 36-year old young man who is smart, athletic and quite ambitious. Qualities any parent would want in their children. My wife and I have two like that.

My son had a full schedule with enough activities to rival a visiting dignitary. At the top of his list was visiting his grandfather who is suffering from Alzheimer’s disease and a grandmother who cherishes his attention. He also had a Saturday night rendezvous with some old high school and college buddies, extended family to see briefly, quality time for his family and some special father-son time.

Turns out, Brian wanted to go back in time with his dad and so we did.

We started with early morning coffee at Starbucks where Brennan and I regularly hang-out during the summertime. It was Grand Old Days so we got to walk the block and check out all the bad food stands. 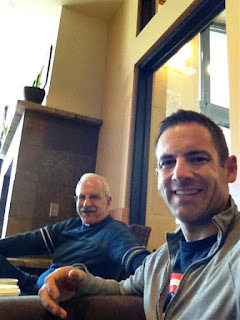 We spent quite a while searching for the No Wake Café down on Harriett Island. Strangely, after 25 years, it’s no longer there. In fact, all of Harriett Island has been remodeled and the grounds there reconfigured. So we headed up to our second breakfast choice.

We did find the Day by Day Café in my old pre-Highland Park neighborhood. When I first started taking the kids there more 25 years ago, its reputation was that it only hired folks who were in recovery. Needless to say, it was an interesting atmosphere back then. The kids took it all in stride and just accepted it as another city destination their suburban chums would never venture out to see or experience themselves.

Twenty-Five years later, the restaurant has gotten new furniture and been remodeled several times over. It’s now attracting local and distant hip urban couples, growing city families, old veterans of the city scene and suburban adventurers like ourselves. I’m sure the old regulars would never recognize the place anymore. 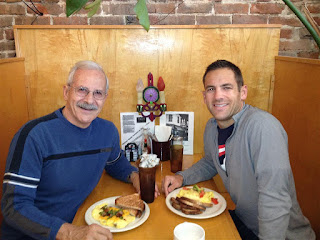 Then we took a long walk along the refurbished Mississippi River front with its new condos and apartments and Harriett Island with its focus on recreation and entertainment. I regaled my son with tales of hitch-hiking to downtown Saint Paul by way of the then desolate and lonely river-front road. It sounded like another world to him…and it was. 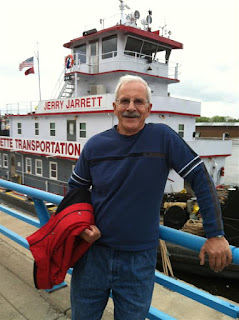 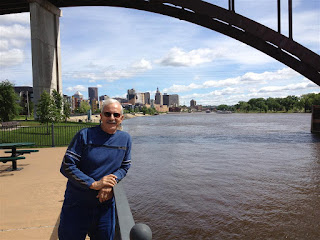 Then we enjoyed lunch at Cossetta's. The place has changed dramatically after their multi-million dollar renovation. The old magic store is no longer nearby. I used to buy the kids magic tricks as part of our luncheon package. 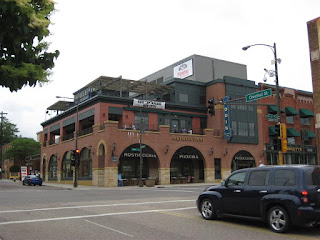 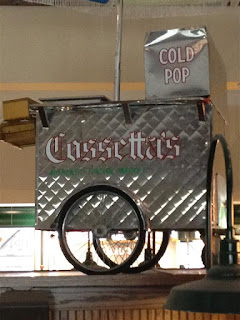 Finally Brian and I caught a little brain candy (Fast and Furious 6) at the local cinema.

It ended as it had begun, with family and all the wonderful nuances that family can bring to any party.

It was an opportunity for just the two of us to share our hopes and dreams and aspirations along with comparing the challenges of raising three kids (his) vs. two (mine). We both struggled to wrap our heads around what parenthood is really all about.

I don’t know how much advice I could really give him about raising kids. Even after the fact, it was one continuous mystery for me. 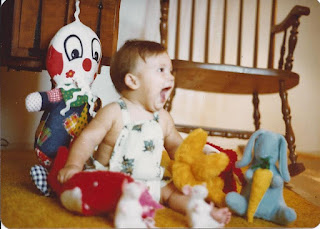 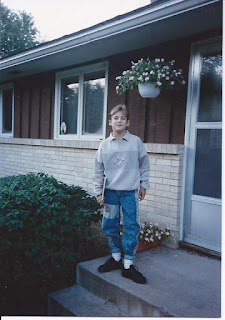 Fatherhood was a challenge. I was faking it most of the way…most of the time. In fact, it wasn’t until after Brian and Melanie had left for college and we were empty-nesters that I slowly began to understand the challenges and good fortune we’d enjoyed. When Brian left for college, I got very depressed. It was never spoken but I understood that he was never coming back to live at home. He’d flown the coop and was planting his own set of memories now that he was on his own. Sure enough, after college he settled in Chicago like so many of his cohorts and lived the good life there as a semi-unattached young man.

Over the years, I slowly began to realize the magnitude of my own stumbling endeavors. Turns out, I’m a very slow learner. Since I was raised without a father, grandfather, uncle, coach or any other father figure, I was pretty much stumbling through my youth all on my own. I had no road-map to show me the way of the male role-model.

Fortunately I married a strong, independent woman who wasn’t shy about grabbing the reins of parenthood and managing the family structure. 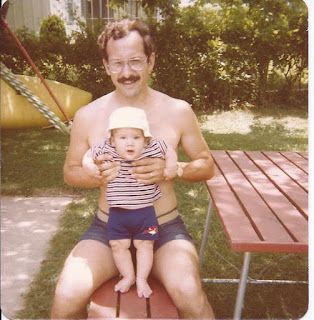 Brian was never a mini-me nor was my daughter. In fact, far from it. They both made it a point to cut their own pathway through youth, adolescence and young adulthood. While I tried not to live vicariously through his sporting events and activities, it was hard not to envy (in a good way, I hope) all the wonderful high school and collegiate experiences he was throwing into his bucket of life

Both he and Melanie had become ‘those people’ in high school and college. The ones I always envied back then (unfortunately, not a good way) because they were smart, successful, athletic, and destined for a future I could only dream of.

I wasn’t really surprised by Brian’s athleticism starting in middle school with wrestling and continuing into high school on one of the best teams in the country, bar none. Winning five out of six of his matches at his two state championships. 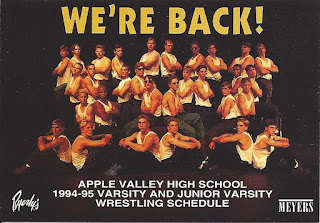 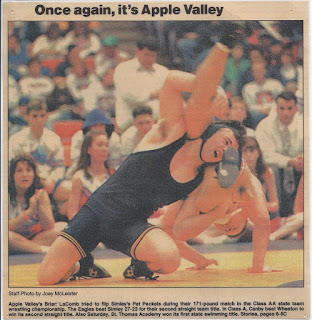 He continued that with his dorms intramural football championship freshman year at Notre Dame. Then rock climbing in his spare time.  Traveling around the world at age 21 just opened his desire to travel even more. 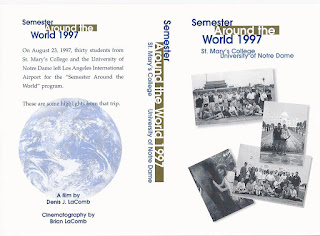 Now he does boot camp most mornings. Then on weekends, it’s skiing in the wintertime and triathlons, mountain-climbing and rough-roading with my Cannondale during the summer.

As he got older and I matured a bit, we did have several adventures together. Ditching my Son in the Amazon and A Life in Pictures. He’s continuing that tradition with his sister. 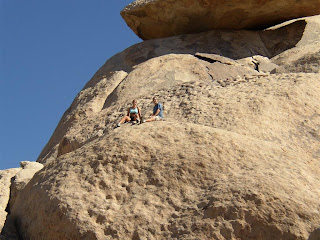 Although Brian’s first born wasn’t a boy, Maya has already skied black diamonds, run track events and completed two triathlons. Not to mention a plethora of other academic and sporting events. She is all of seven years old. Her brother and sister, both four years old, are right on track behind her.

Melanie’s two kids are much the same. This is what our family is all about.

In the end, I believe we define ourselves by our actions. What we do and what we don’t do with our lives. How we spend our lives in active pursuit of meaning or just coast along for the ride. I have never tried to walk in my father’s shoes. Nor have my son or daughter.

I’d like to think that generational role-modeling had something to do with it. I’ve been down that road before. Now I get to walk in the light of my children and grandchildren.

It’s been a heck of a ride so far.

I enjoyed this sweet story and the photos/graphics add a richness to it. Well done!