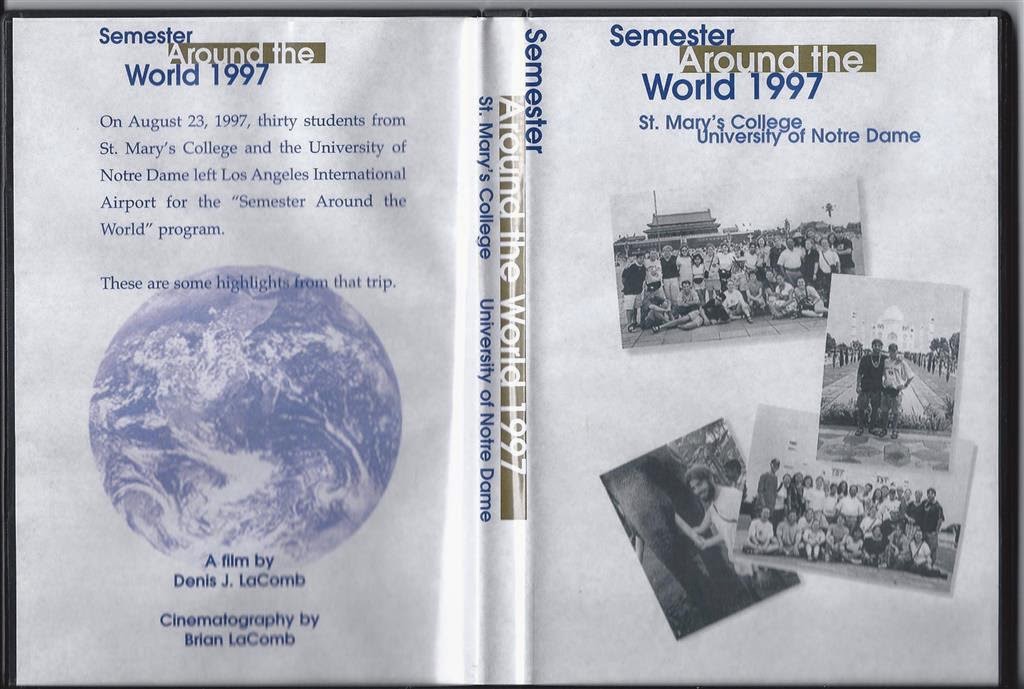 There’s a wonderful song by the Beatles entitled ‘In My Life’ off the Rubber Soul album. I used it in a documentary I produced for my son’s trip around the world while he was in college. For me it’s more than just a melodic, a bit sappy cultural cruise back in time. It aptly paints a picture of those moments in our lives when windows of opportunity open and engulf us in a title wave of experiences before closing and never reappearing again.

I’m not talking about the rampant imaginative wanderings of youth. I’ve had plenty of those fade in and out of my mind; from circling the globe in a tramp steamer to living in Europe to hanging out with hippies on the West Bank. Some dreams met fulfillment while others opened briefly like a window shade only to shut again as time and maturity took its toll.

I thought about that when I came across some old photos of a bike trip I took; two in fact, many years ago. One alone and one with my son. About the same time I came across an old photo of downtown St. Paul and reflected on my life there while in grade school. Both were windows of my life that are closed now....never to reopen again. 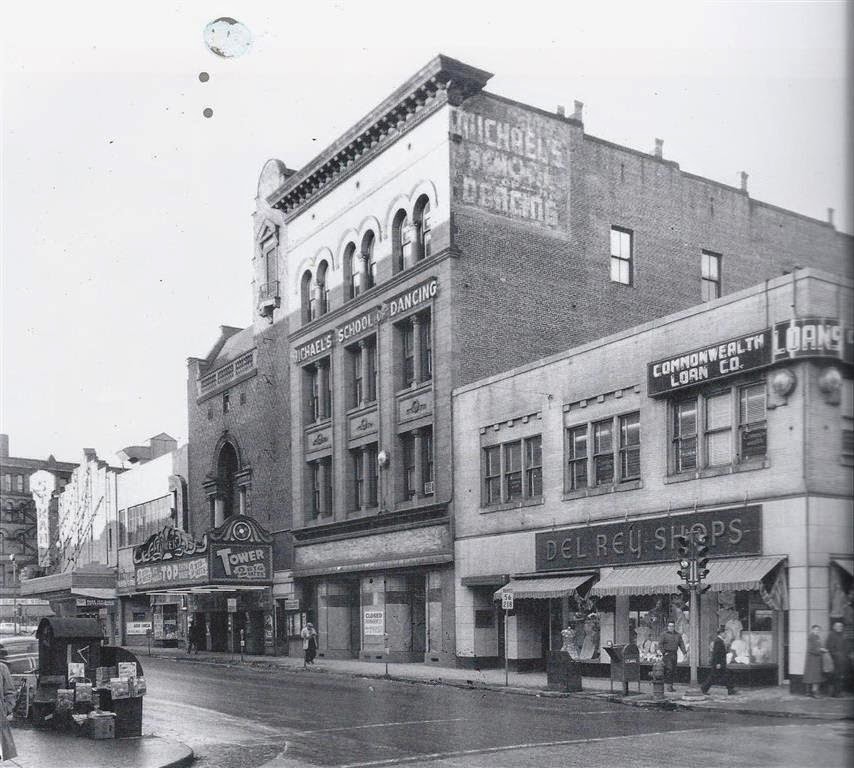 The first photo was taken in downtown Saint Paul around 1959.  It was a time when ‘Desolation Row’ would have been considered a kind description for the core of the city. I was in high school by then after having spent eight years taking a bus downtown to attend grade school there. I wasn’t even aware of the city’s slow demise as first ring suburbs began sucking the marrow of life out of the town.

Reopening windows by way of old photos can bring on a plethora of memories; both good and bad. I’ve always believed there can be joy in visits back home if you’re in a better place now. A friend recently turned me on to a new community of interest on Facebook called ‘Old Saint Paul.’ Members post lots of pictures of old St. Paul, curio items and other memorabilia from the area. For me it’s almost as if a memory window is opening and closing each time I come across another one of those pictures on my news feed. Each is a glimpse back in time. Most evoke strong memories of a time long since past when I lived in Saint Paul. But not surprisingly that window of life closed a long time ago.

The Minneapolis Planning Commission recently turned down a proposal for a new hotel in Dinky town which is located on the border of the University of Minnesota. But it hardly mattered. The old Dinky town that nurtured the likes of Bob Dylan and other bohemian types had long since disappeared. Its colorful inhabitants having fled to Nord East and other artistic ghettos years ago. 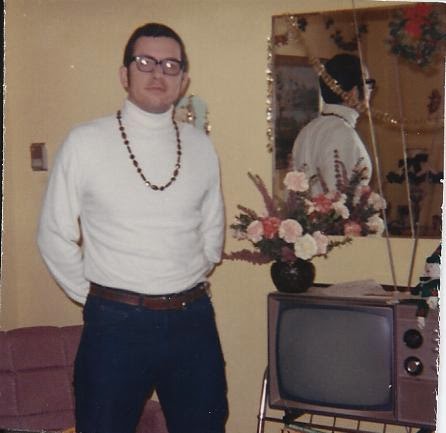 The Dinky town of the sixties where Susan and I hung out at coffee houses and attended folk mass at the Newman Center had slowly morphed into a distasteful collage of fast food slop shops, retail traps and the latest faddish entrapment for student funds. Its soul had been gutted by so-called development and what the city fathers hoped would pass for progress. That window of my life changed as I did during that period. 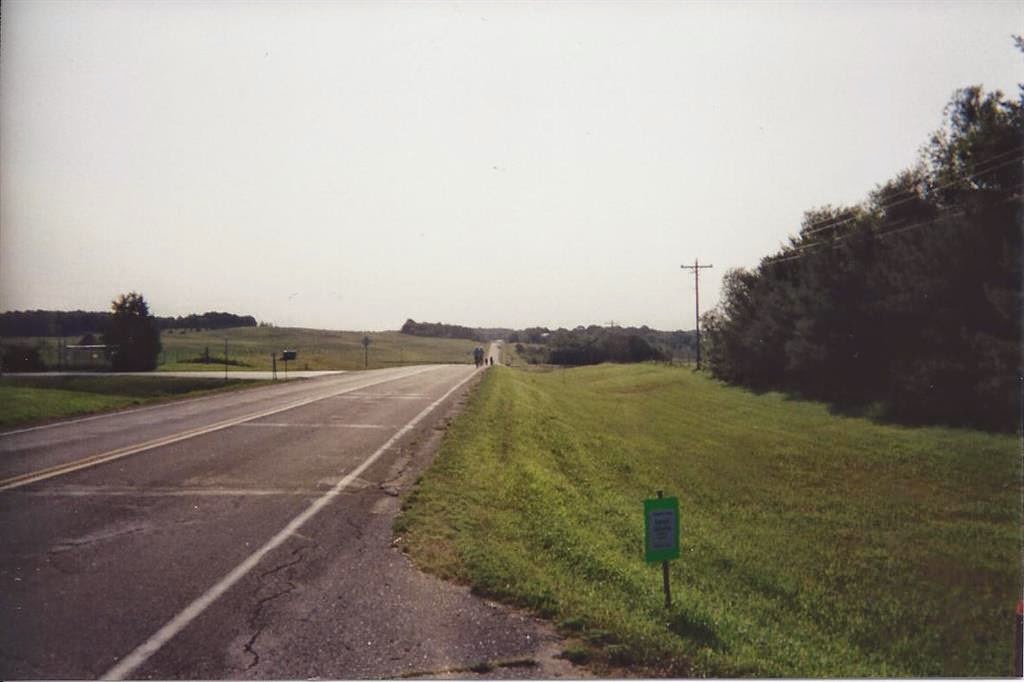 There’s another window of my life that has changed. But it has nothing to do with buildings or current trends or a specific location. It’s an event that still occurs each summer but it’s not the same anymore.  To be honest, it’s more a question of my own physical fitness, athletic skill and desire. Three things I had in my youth and am struggling to maintain today. 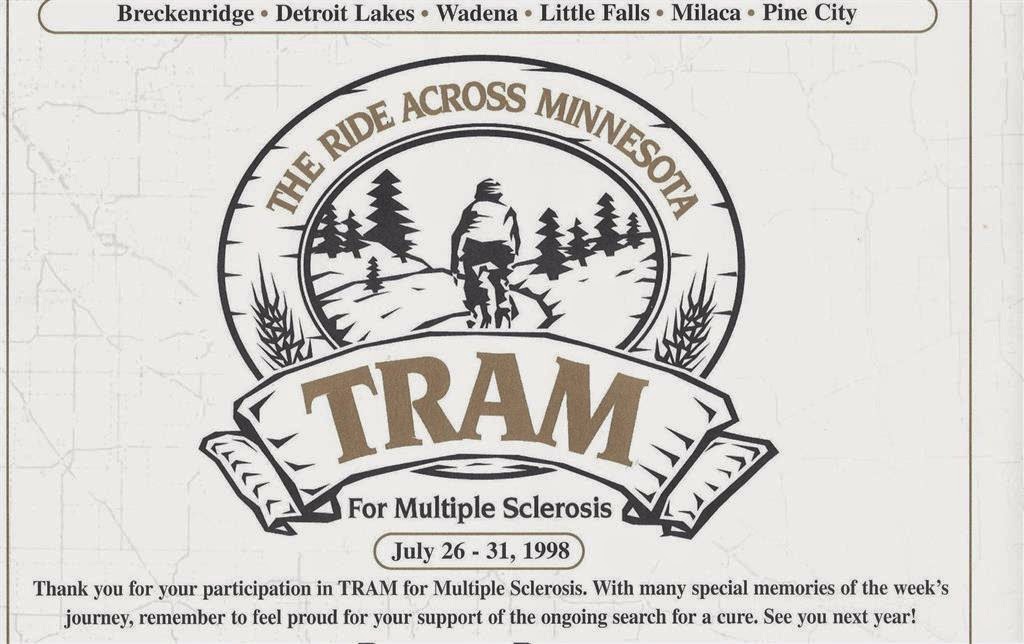 It’s an event called the TRAM which stands for The Ride across Minnesota. It used to be a one week 500 plus mile ride from one side of the state to the other. All done by bicycle and attracting upwards of 1000 riders each summer. Like most events, it’s changed over the years and now the route goes in strangely convoluted circles instead of from border to border across the state. Somehow it isn’t the same.

For two back-to-back summers, I rode my bike across the state of Minnesota. The second trip was with my son. It was a well-organized event that attracted a multitude of riders and support staff. It still does but it isn’t the same.

I could probably do it again if I were in better shape. But then I’d probably have to have a lot of caffeine for fuel in the morning and Bengay for sleeping at night. But that’s not likely. Traveling 500 plus miles on a bicycle over five days, sleeping in a tent each night and battling headwinds, fatigue, mechanical breakdowns, hot sticky humid nights and rocky lumps in my sleeping bag is no longer my idea of fun. It wasn’t for the faint of heart or solid of brain back then. Even less so today. Yet while that window was briefly open, it was a grand adventure. 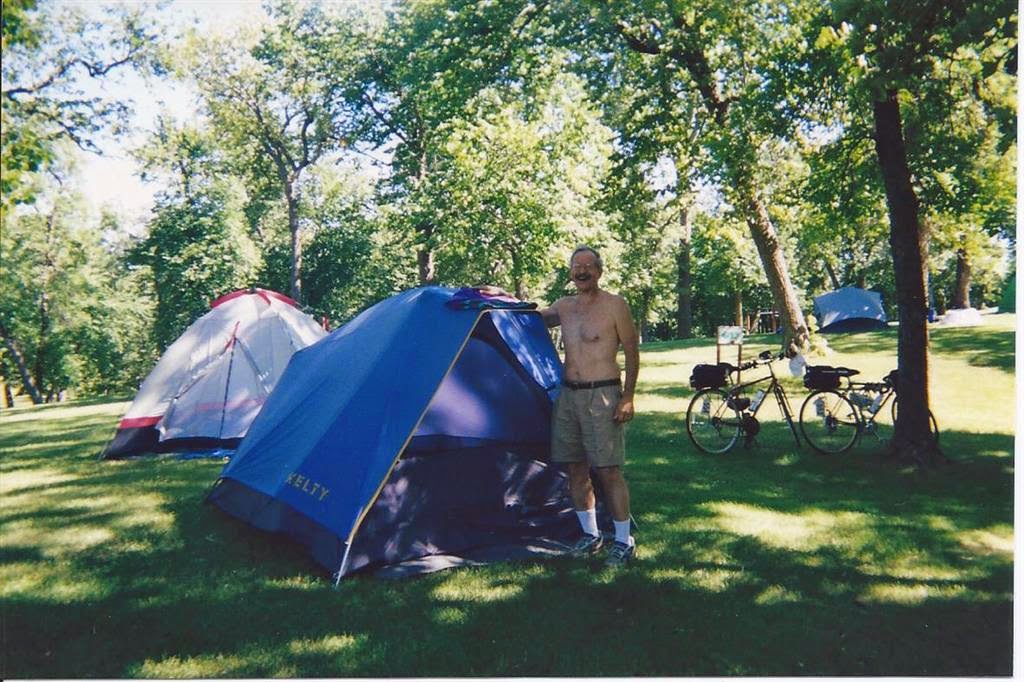 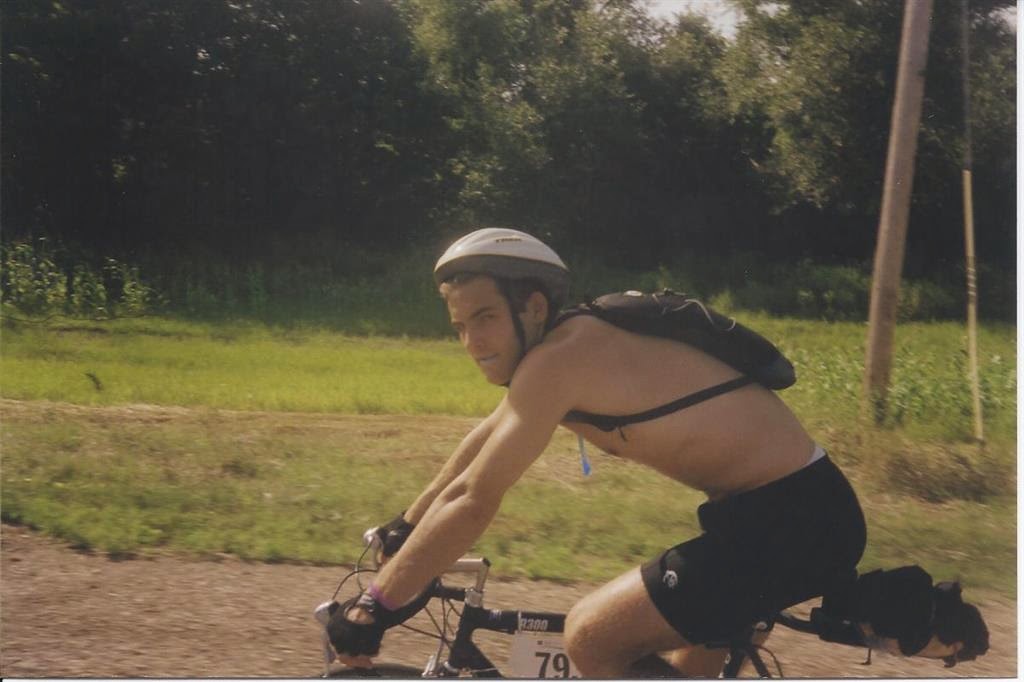 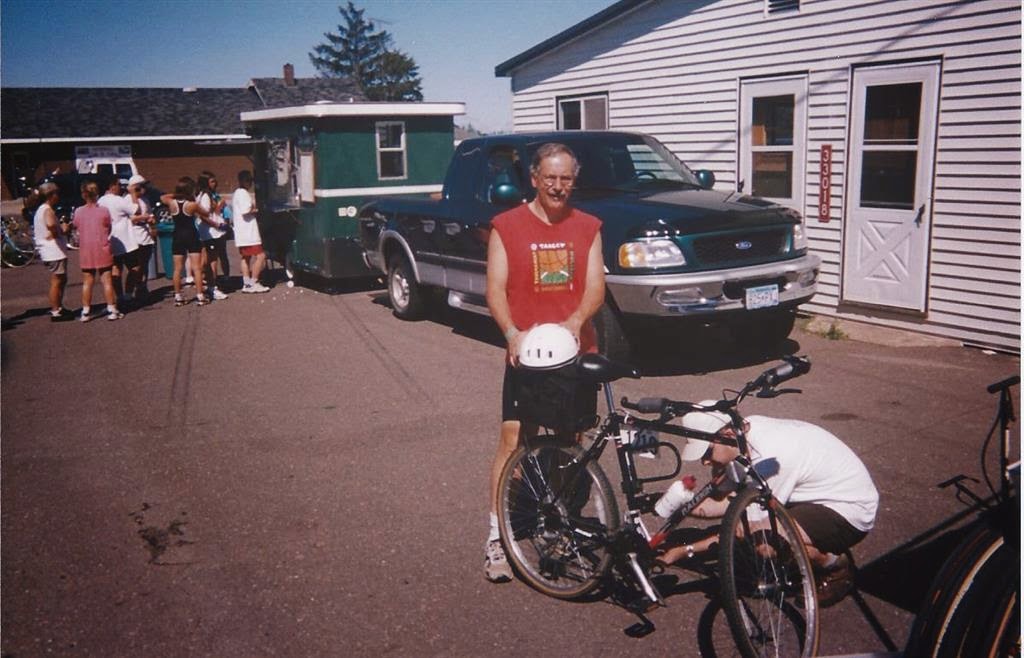 The first year started out badly but ended well. After the first day, my host promptly ditched me for a new-found tag-along who fawned at his every word. Fortunately, I was able to saddle up with a number of other folks with whom I traded war stories, bantered back and forth over the miles and had a great time. 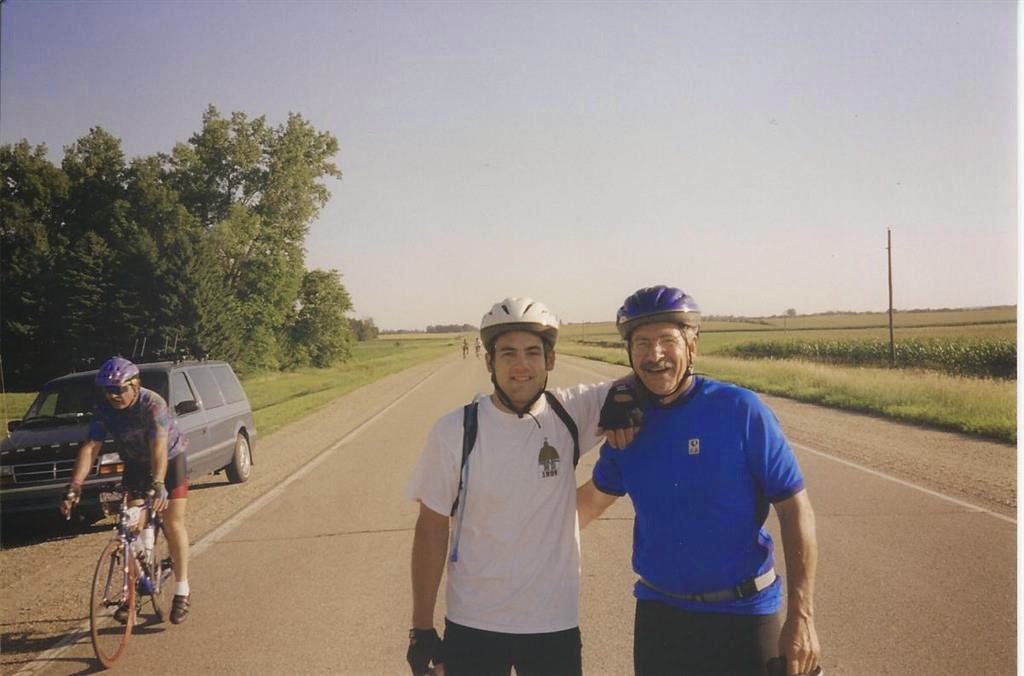 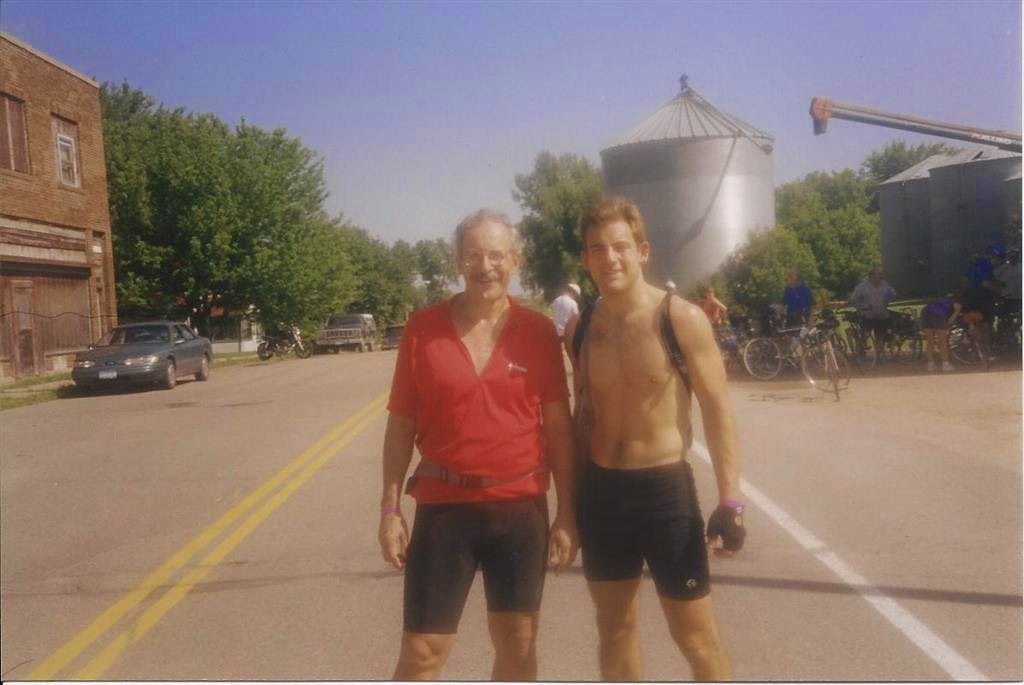 The second year Brian and I did the ride together. The miles felt the same and the geography changed little over each day. Yet it was our companionship that made all the difference in the world. We shared sore butts, stiff arms, humid stifling nights, small town bar-hopping and a plethora of ‘easy rider’ memories. Much like our trek down the Amazon but all-together different.  Ditching my Son in the Amazon.

That old TRAM window is closed now but it was grand while it lasted, having cultivated fond memories for both my son and I. All those windows have given me a rich history in which to fill up my memory bank. Call it capricious or perhaps the foolishness of youth. But there is some-thing endearing about the journey we’ve all traveled on through life. It’s something  songwriters have penned ‘The Circle Game.’ Most of us just call it the Circle of Life. 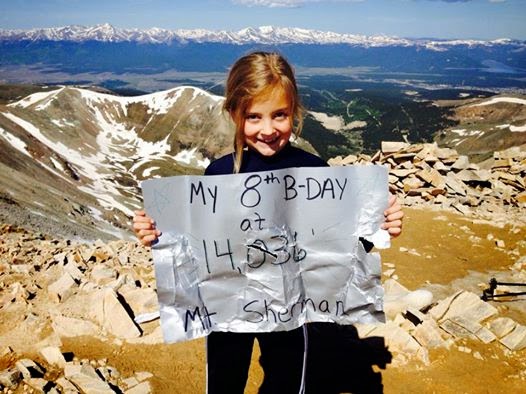 Now in that wonderful confluence of son-follows-father, Brian has just taken his daughter, Maya, on her first fourteener. Imagine, my granddaughter summiting a 14,500 foot mountaintop to celebrate her eighth birthday.

I guess another window just opened.
Posted by Author Denis J. LaComb at 9:00 AM