Caring for the Hand that Bites You


I mean no disrespect to the infamous ‘Greatest Generation.’ Their accomplishments on the planet are well documented and their place in American history unquestioned. But for all their great exploits there seems to be a certain number of them who have not taken to old age very well.


As the average age for the elderly grows, their care and support has fallen primarily on the shoulders of their boomer children. We’ve become the sandwich generation where on one hand we have grandchildren to hover over while at the same time, our own parents increasingly demand more of our attention.

Adding to these new responsibilities is often the challenge of dealing with elderly parents who aren’t able or willing to accept the reality of their situation. Somehow they feel cheated out of their life and take their frustrations out on their own adult children. Over the last several years, I’ve run into more than a couple of friends who are facing just such a dilemma in their lives. They’ve been forced to bear the brunt of their parent’s frustration and resentment about losing their independence, moving out of their home and their ability to control the final direction of their lives.

But this ‘angry at life’ phenomena isn’t just reserved for the elderly. Over the years I’ve unfortunately run into more than a fair number of these curmudgeons who somehow feel cheated out of what life has handed them.

They’re not just in the nursing homes or assisted living facilities. They hang out at the ‘old timers’ coffee shop and the American Legion. They might be a neighbor who doesn’t want kids running across his lawn or complains when the newspaper isn’t on his front steps on time. I have one of those next door to me right now.

Those ‘mad at life’ disgruntled individuals were on my paper route back in 1955 and their descendants are probably on the same street today. I worked for one in the warehouse during the summer of ‘61 and had a foreman like that in a factory during the next summer. 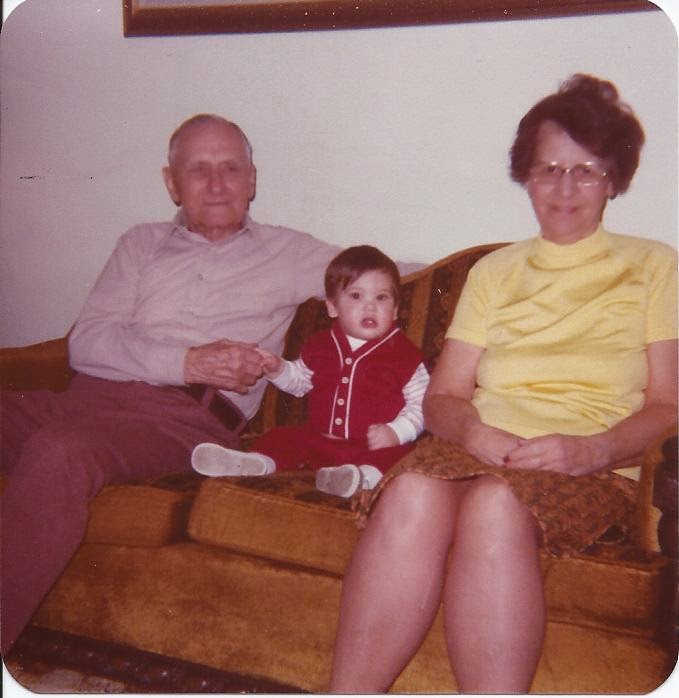 My sister and I were lucky. Even at 104, my stepfather never lost his appreciation for the simple things in life like fishing, card-playing and dancing with my mother. My mother fell under the spell of ‘why is this happening to me’ near the end of her life but overall, she continued staying busy as all good Germans were taught to do…even near the end.

I can think of one other exception.

The other exception is the parents of a friend of mine. They’re both in their mid-eighties, have travel extensively and still baby-sit their great-grandchildren. They love playing any kind of board games and are the highlight of any party.

I wish I knew what it was that propels some parents to embrace their twilight years with gracious acceptance while others hold on to past dreams and illusions and curse the process of ‘getting old.’ They seem to be mad at the world and so inexplicably they lash out at those closest to them; often it’s their children who only want to help them in their twilight years. It forces their care-givers to choose between letting them make their own life decisions or stepping in when they feel their parents can’t make those basic decisions anymore.

Not surprisingly, I have to believe so much of it originates in their head. My simple theory is based on nothing more than a loose analysis of other folks my age dealing with this issue. I’ve concluded that it is, to a great degree, a generational thing. I think the ‘greatest generation’ generally speaking didn’t interact with their children the same way we do with ours. They didn’t talk as candidly to them as we do nor were they able to see their own children as adults but rather they somehow kept them mentally in that ‘you’re my kid and I’m still your parent’ stage.

Google is replete with many articles dealing with this subject. Some of them are thoughtful and insightful. Others are merely selling products and services. A couple of good ones are:

My wife and I now find ourselves part of that sandwich generation. We want to spend as much time as we can with our grandchildren but feel strong obligations to help out our parents. Watching one’s parents lose their independence is one of the most challenging realities we must face as our parents age.

So in the end, until the end, we do what we have to do. We accept the good days and bad ones. We listen to the same stories over and over again. We bear the brunt of their complaining and criticism and we love them as much as we can. That’s what children are supposed to do for their parents. And appreciated or not, it’s what we can take to our own grave. That we cared when we should have and we did the best we could.

You can’t ask any more from an adult child.