An Elephant without Class


It’s like the elephant in the room that no one wants to acknowledge. We’d all like to believe that this is not jolly old England. We don’t have class in America. Yet over the decades we’ve managed to graph out class divisions through economic indicators such as a lower socio-economic demographic which 2008 helped exasperate, all those rich folks we love read about or watch on TV and a shrinking middle class. Of course over the years, even that equation is being challenged by roller coaster economics and other factors. Hedrick Smith did a great job of chronicling the Death of the middle Class in his book 'Who Stole the American Dream?'.

Social class in America has always been a controversial issue. We don’t want to admit that it’s there and yet we can’t help but judge ourselves by the fortunes or misfortunes of others. Secretly we wonder where we stand in the great social order of America? Where do we fit in the model of social class? 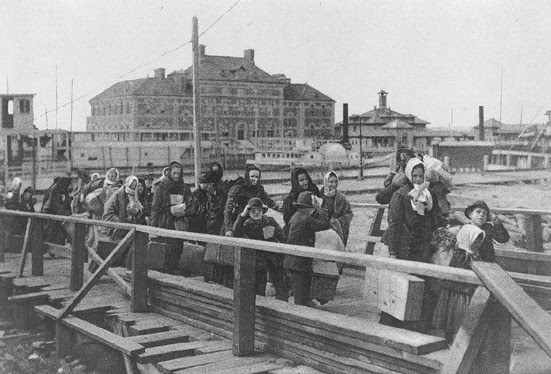 But in all this wrangling to define social class and economic standing in America, I think they’re missing a more appropriate definition of the word. To be true, there are different economic dividers in this country. There always have been and probably always will be. But true class is not driven by economics.

The mistake here is not in the classification of folks based on their economic place in our society. Rather it’s the naïve assumption that rich folks have got all the class because they’ve got the money and the rest of us must somehow look up to them and their ‘Downton Abbey’ lifestyle.

Nothing could be farther from the truth. Class has nothing to do with accumulated wealth or inherited pedigree. It has everything to do with the way a person lives his or her life.

I’ve been fortunate to know a number of men and women who are some of the classiest folks around. They exude confidence and class seemingly without even trying.

And it has nothing…nothing to do with money or education or travel or life experiences. I know several women in particular. They are congenial and pleasant to everyone and I mean everyone they meet. They like most people and enjoy their company. They can make an old curmudgeon smile and a snob warm up. Their wit and intelligence can warm the coldest of hearts and break through most defensive facades. They exude class in their every action.

On the other side of the spectrum, I know a fellow who inherited his father’s business and is a pillar in his own little world of church and community and his profession. He is educated, rich, well-traveled and yet has less class than my three year old granddaughter.

This fellow has mistakenly assumed that he hit a home-run and is a winner in the game of life. The fact of the matter is that he was born on third base and has never made an effort to do anything meaningful on his own. He has been coasting all of his life and will probably continue to do so for the rest of his life. He’s a nice enough fellow except for his mistaken assumption that he’s somehow better than the rest of his siblings and everyone else simply because of where Daddy’s money put him in life.

You can’t buy class. It doesn’t come from blue blood coursing through your veins or an Ivy League diploma on your wall. It isn’t defined by your bank account or your second or third home. It comes from within and you either have it or you don’t.

I made a point of examining these phenomena in “Love in the A Shau” because it’s a topic I find absolutely fascinating. In my novel, Colleen’s boyfriend Bradley is rich and successful and destined for great things in his old money east coast world. Colleen's old boyfriend Daniel comes from a broken home, has no money and is struggling to get an education.

Yet Colleen is able to recognize the focus and determination and self-reliance that is the essence of Daniel verses the easy soft lifestyle that defines her boyfriend. It is a clear and startling difference that causes Colleen to examine her own priorities in life.

You know class when you see it. It’s the candidate who loses the election but holds his or her head up high and perhaps tries again. It’s the team that loses but is quick to praise their opponents. I’ve seen wrestlers beat themselves up even though they knew they didn’t stand a chance of defeating their opponent. They did it for the team. It’s the author who collects rejections slips but keeps pounding away on the keyboard because that's what he or she ‘has’ to do. If there’s one thing I want to teach my grandchildren; like there’s only one?...it would be to show class in everything they do. From school to work to interacting with others. Class is a mantra you want to acquire in life even if it isn’t always easily defined. I hope to do my best to help my grandkids become ‘classy’ little people.
Posted by Author Denis J. LaComb at 8:30 AM