The Presidio of San Francisco was a new experience for me back in 1965. I’ve blogged about my past life there…the goods times and the bad. The longing for loved ones back home and the wonderment of a strange new world just down the block on Market Street. 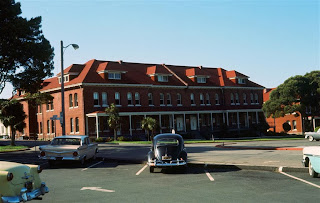 It was a surreal existence away from the tired old vestiges of a life back home that had stumbled once too often and a storybook college romance that had now had been postponed. Even setting aside the yearning for a life outside of khaki and KP and less than brilliant non-coms shouting at you, there was still something special in the air. 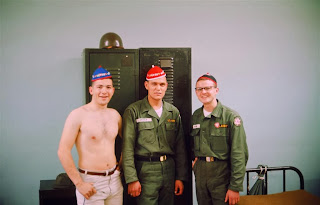 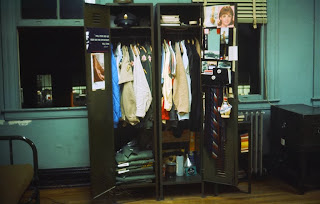 I started hanging out with an odd assortment of eccentric characters who had dropped out of school, quit work or just plain got drafted. We were camped in a disheveled barracks room that had few inspections, hidden caches of liquor and who knows what else on weekends. The lives of those young men could fill a dozen storylines alone. 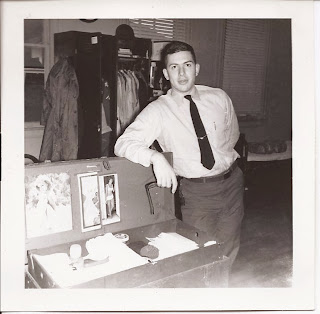 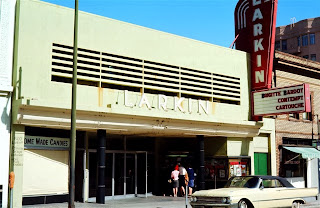 But even stranger and more fascinating people were gathering in the Haight-Ashbury neighborhood. Despite my military buzz cut I was allowed to wander the streets and observe the strange goings-on without as much as a second glance. My motor scooter took to the hills and crests and dirt roads that even the most ardent hikers hadn’t discovered yet. The Larkin Art Theater introduced me to foreign films that showed more flesh and exposed more thoughts than I’d been ever allowed to feel back home. It was like the Land of Oz without the characters three.

Past blogs have waxed philosophically about my life in the service in San Francisco with
Young Heart by the Bay and Gold Coast – The Wild Coast. But none of that compared to the world of sand and surf and soft brown skin that I was soon to experience. It was one weekend of pure fantasy. A journey into a world of the real and imagined that truly set my mind to wander-ing. Back in ’65, the Beach Boys, Jan and Dean and other beach music troubadours were introducing the world to the surfing scene. I was about to live it.

Unfortunately, I never did meet the big Kahuna or Moondoggie or even Gidget for that matter.  This new tribe of beach culture aficionados opened a whole new world to me and as just quickly slammed it shut. Now all I have left are my memories.

Early that summer, a new bunk mate had come into my life. I can’t remember his name, only that he was still in college, had taken a leave to complete his active duty in the reserves and was just winding up his short tour of duty.

He was from Los Angeles and went home almost every weekend to see his girlfriend and attend fraternity parties. His parents had just bought him a brand new candy apple red Corvair, one of Chevrolet’s first compact cars. He had souped it up with enough steroids in the engine to make it an improbable sports car that he still drove like it was a corvette. No matter, it had a four-speed Hurst shifter on the floor and enough horsepower to curl the toes of both driver and passenger.

We’d ride up and down the hills of San Francisco and he would regale me with stories of life on the beach, his blond girlfriend and hanging ten on twelve foot curls. It was enough to churn up images of hedonistic wonderment in the mind of a Midwestern twenty-one year old. I guess it really didn’t matter how much of his stories were real or imagined. I loved the images he was painting in my brain and the immature thoughts that sent me to sleep.

Shortly before his discharge, he suggested I come down to see him after he got out of the service. He promised we could hang out at the beach, drink cheap wine with the surfer girls in those illegal thatched huts that surfers constructed in wayward coves and live the life of a surfer dude.

I was in. By that afternoon, I had my airline ticket and my bag packed. I was going to L.A. for the weekend. It would be my first flight on an airplane, first time hanging out at the beach and first time pretending to be free once again.

The trip to Los Angeles began with a short flight in a four engine prop commuter between San Fran and the City of Angeles. It was also my first time staying in a typical upscale tonie L.A. neighborhood (no kidding, people live like that) and hanging out with the beautiful people just like the ones who haunted the pages of Playboy magazine. My old jeans didn’t quite fit in with the madras shirts, chino pants and boat shoes of this ‘in’ crowd but I tried to fake it anyway.

The weekend was pure fantasy. It was my first taste of civilian life after I had gone into the service. My buddy hooked me up with a friend of his girlfriends. She was a nursing major, quite pleasant and just a nice companion for a fantasy weekend.

Huntington Beach was my buddy’s favorite hangout beach. I struck gold while researching this blog with two web sites. The first was a site devoted to the photography of Leroy Grannis who had so aptly captured the spirit of the Southern California beach experience in the mid-sixties.  The second site is the Surf History of Huntington Beach. Both were perfect mind-joggers for me.

The details of that weekend have grown hazy over the years but the essence of that experience is still prominent in my mind.

My friend tried to teach me to surf…with disastrous results. My balance was off, I couldn’t see without my glasses and I swallowed enough salt water to remain buoyant for years. The water was freezing and even a wet suit couldn’t stop my chills. His friends said nothing but I’m sure they regaled each other with bouts of laughter once I left the scene.

At times it seemed my friend was just slumming with his surfer friends. Most of them had dropped out of college and were leading a nomadic life, just chasing the waves up and down the coast. Some of them seemed very smart and weren’t the least embarrassed by their (my) perceived lack of ambition. I think my friend liked to hang out with them for the excitement of a weekend of surfing before returning to the safe sanctuary of his polished life back on campus.

The surfer girls fulfilled every cliché under the sun. They were all bronze-skinned, beautiful, built like models and strikingly aloof to anyone who wasn’t like them. Any boy with white skin, glasses and little sense of balance had no place on their radar. Only my weekend date seemed to have a little symphony for my losing battle with the sea and my surf board.

After my disillusioning introduction to the surfer’s world, we toured my friend’s college, the campus of USC. That proved to be another step back into civilian life and depressing as hell. The grounds were full of stereotypical college types; men and women. There were the jocks in their letter jackets, the cool kids in the latest fashions, the pseudo hippies in drag and every beautiful co-ed this side of the Mississippi. For one randy service man on the loose, it was like discovering a stack of Playboy magazines.

A visit to my friend’s frat house and his girlfriend’s sorority house only reinforced the realization that my life back in San Francisco was another world that was nothing like theirs. The weekend was a blur of fast-swirling images; headlights on the interstate that went for miles, his parents who were always polite but very reserved, a collegiate life that even so different from mine back in the Midwest and a world outside of the military that was like overdosing on hedonistic endeavors that were actually legal. It was hard to leave my friend at LAX but the promise of a return trip did a lot of boaster my spirits as I boarded that commuter prop and my life back in the service.

Over too many beers and fantasy thoughts my friend promised that I could return the following month. We would go surfing again, hang out at the beach, attending one of his fraternity parties and live the live the life of a surfer dude. I was elated, excited and full of wondrous ideas for my next trip to paradise.

Over the next several weeks, my friend never returned my phone calls and gradually it began to dawn on me that he never would. In retrospect it wasn’t really surprising. He was out of the service, back on campus and still hanging with his surfer friends on weekends.

What he and I had in a friendship was fleeting at best. It was a convenient connection while he was away from home and in foreign territory. Once back on familiar turf, my friend wasn’t interested in having some wide-eyed kid hanging around with him anymore.

At first, I was hurt and disappointed but gradually began to realize just what a wonderful world my friend had introduced me to. It was a world far different from the one I had either at the Presidio or back home. It wetted my appetite for more and steeled my determination to see just what was outside of those Presidio gates. Snow White and the Seven Seekers.

I’ve been searching ever since.
Posted by Author Denis J. LaComb at 10:00 AM