Secrets of My Wedding Day 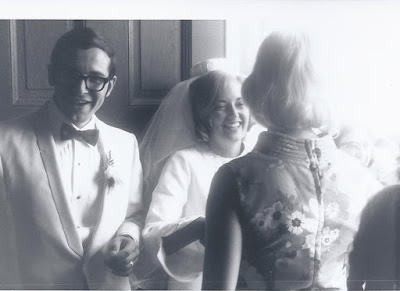 Nowadays some weddings take the tactical skills of a field marshal and the resources of an investment banker to pull off. There are ‘theme’ weddings, ‘destination’ weddings and an odd assortment of mysterious events clumped together under the banner of ‘weddings.’

Many wedding traditions are being left aisle-side. These days it seems that weddings are all about personalization…making each one unique and different. Dad no longer has to walk you down the aisle. You can pick your Mom instead. Or a friend, your child, stepparents, etc.

You don’t have to be the first ones on the dance floor for that ‘first dance’ and wedding cakes can take the form of cupcakes, cookies, or donuts. You don’t have to have a garter toss or even launching your bouquet any more. A white dress isn’t sacrosanct and blush, blue, and even red might work for some brides.

It wasn’t always that way.

When my son, Brian, got married in Florida there was a lovely church service followed by the tradition dinner at a country club. It was unique in that there were separate food islands. It was memorable for its great music and a relaxing time for all. 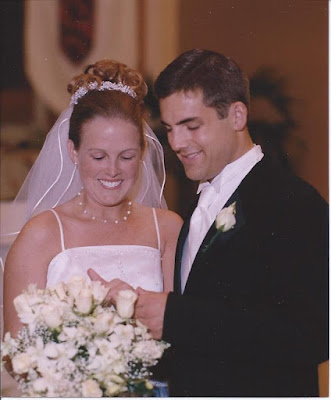 When my daughter, Melanie, got married here in Minnesota it also took a traditional approach.  She got married in the University of St. Thomas chapel since she was in law school at the time.  There was a reception at a country club nearby, great food, fun dancing and a relaxed atmosphere for all. 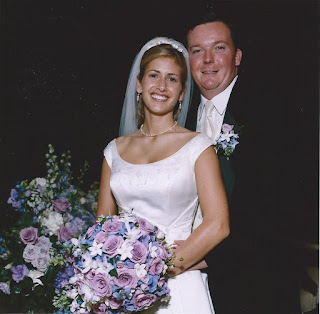 When I got married back in the early seventies it was a far less complicated kind of affair. There were no such things as theme weddings and no destination weddings unless the pair was eloping. There were few elaborate settings except maybe for the moneyed crowd in the western suburbs. 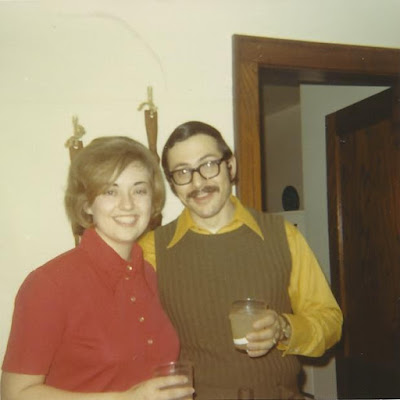 Ours was a much simpler but just as meaningful occasion. Sharon’s parents had neither the resources nor the finances to help out. So Sharon planned the event entirely by herself. No surprise there since even as far back as grade school she was the one arranging and rearranging  the classroom. The teacher only thought she was the one in charge.

An old priest talked to us beforehand to test our collective knowledge of the Catholic faith. I was smart enough to keep my mouth shut and just listen. I spoke up when asked but otherwise let Sharon do the talking. It was easier that way since twelve years of Catholic education had begun to erode my own concepts of Christianity. Not faith or spirituality just the precepts of organized religion. Even back then, I was morphing into a cafeteria Catholic.

We had three classes/meetings with the parish priest. The last one involved a white-knuckle drive from the Cities to Wabasha in a blinding white-out. Everyone was so impressed that we kept our appointment. Sharon’s parents thought we were nuts.

Working with a seamstress in town Sharon designed and made her own wedding dress. While dresses today can cost upward of a thousand dollars or beyond, Sharon’s cost her/us one hundred dollars. 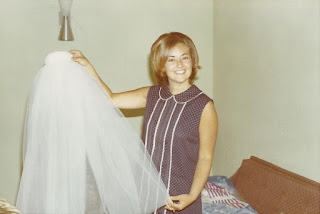 She arranged for use of the American Legion in town for our reception; no charge since her dad was a member. The meal cost four dollars each. 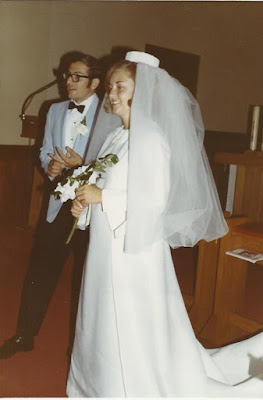 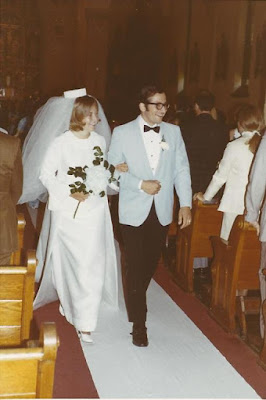 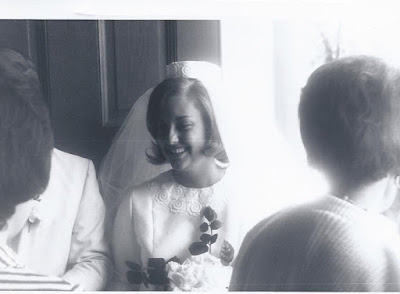 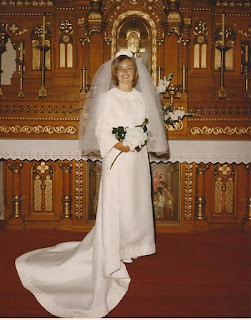 It was a small town wedding replete with the obligatory priest invited to the reception afterwards, no music, no booze (my father-in-law took his buddies next door to the Legion Club for a shot or two), Church ladies who prepared the meal, high school kids who served us and wedding gifts stacked on a table in the corner. Simple and traditional.

The only crisis that day was finding blood on my tuxedo shirt the morning of. Seems I hadn’t checked the tux shirt carefully when I picked it up the day before. Try finding white shoe polish on a Saturday morning when most of downtown is closed. Thankfully, the ever-resourceful nuns at the Notre Dame convent came to the rescue.

Recently pictures of my wedding attire have produced gales of laughter from my kids. I’m sure my grandchildren are sure to follow. I wore a powder blue tux and had my Buddy Holly glasses. My groomsmen were Mickey, Gary, and Jim (each with their own story to tell). 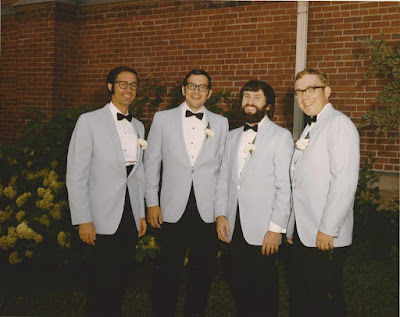 One passed away in Texas some years later. Another disappeared shortly after I got married. The last old friend faded out of my life entirely when we moved out of state.

When I look at those old photos, it brings back a lot of memories. Of times past and traditions long since relegated to the dust-bins of another era. But one with its fond memories and lingering smiles flickering across my mind.

Yeah, it was all good back then even if I was like a deer-in-the-headlights the entire day. A new era in my life had just begun and I wasn’t the wiser for it.