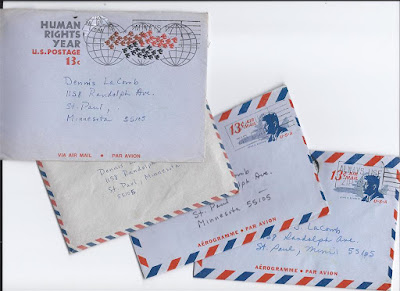 After that initial letter from Tina in September of 1968, I got three more letters the following year. Each came with a different return address. 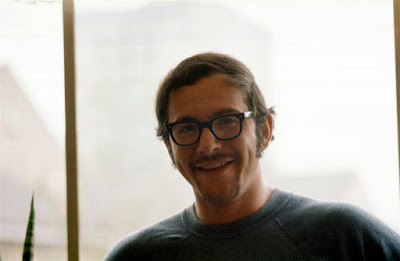 There was a great transition going on in my own life. I had settled into a daily routine of two jobs, my writing, my film work and the hippie scene on the West Bank. I was spending a lot of time with Susan. It was the near tail end of My Lost Years and I was absorbing those influences that continue to guide me to this day.

Tina’s life seemed to be always in transition. Tina’s experiences, traumatic and otherwise, in Eastern Europe and Israel seemed to doggedly pursue her stateside. While I was edging closer to finding a focus and direction, Tina seemed to be still floundering.

I finally decided to write – although, actually I decided to a long time ago but it’s taken me about five months to do it.

It’s really hot here – gets up to 110 (113 yesterday) almost every day. I was born here but every summer figures like these strike me as highly ridiculous. Most of my friends have been busted but I stay pretty clean so I’m not too worried.

Summer school is a drag but so is an extra semester in school. By going this summer I should be able to finish next May. I could have finished this January had I decided to take a B.A. in art, but instead I’m aiming for a B.F.A. in art which is infinitely more useful.

Another well-known drag is money. I have at present two part time jobs and have applied for a third. The best is my paper route from about 4 – 6 in the morning – what am I going to do at that hour except sleep, right. So I might as well make some money instead. The job I’ve applied for is with a newspaper as a ‘layout girl’ (which may sound suggestive but is at least better than being a cocktail waitress at the Body Shop or a topless dancer, or a cap hop. Yep done all of those jobs.

I’m trying to find a home for my four cats and me. Wish me luck.

Sorry – really sorry about the delay – it was very good to hear from you. You sound like things are clicking for you. I’d love to see your film.

I’ve been working in the audio-visual department of the university and really would dig what you’re doing in film.

I’ll have my B.F.A. in another year and a half. Reason for the delay is that I dropped out again to get back on my feet permanently. At the end of the year I hope to have enough money to pay off my debts and get a motorcycle (BMW 250cc or larger like a 600). $400.00 for two semester tuition and a couple (like 3) hundred dollars for a trip to Europe this summer. DREAM ON!

When I get out of school, I want to go to NYC and work in a film library until I have both the money and solid inclination to go to graduate school. And I don’t aim low either – I want to go to Pratt – which is the best art school in the country. Tune in next week for the newly revised schedule for Tina’s future.

Time is an amazing thing – goes so fast you just want to sit back and watch. I used to joke about going to college on the five year plan – but not anymore. Next year I’ll be 23 and the six-year plan will be a reality.

Dennis, please write – I promise to answer much sooner.

This has been my week for letters – one from you and one from Kiki – a good friend of mine from Sweden.

Congratulations! Things are really coming around for you. And to think I knew you when – no kidding, I really am impressed.

As for me – well – after busting my ass (pardon the expression) at various dull jobs, I have gotten hip to easier ways to make money. I model for art classes once in a while for doing nothing – except once in a while catching a cold. Nights I work as a topless waitress and dancer (good tips). I hate the dancing but waitressing gives me a chance to talk to and observe people. It’s really a goof. It gives me a chance to understand why I make so much money for doing little other than taking off my shirt.

During lulls I read art history, Sidney Hook, etc. – so I think they understand I’m not a dumb slut or a nympho. Makes a bad movie plot doesn’t it – poor college girl putting herself through school, sinks to the very depths of depravity – but her soul is not tarnished.

I still can’t understand why nudity pays so well. As a woman I almost feel taken advantage of – I mean, I wouldn’t make much of a feminist doing this. But the money is good and I can’t afford ideals right now.

I don’t think I’ll make it to Europe this summer after all. Money is too tight and three months is too short. I couldn’t trust myself to come back.

I have to finish school. So – as it stands now – I want to find a job in NYC or in Philadelphia this summer. Maybe Boston. I have friends in all three places and I would like to get to the east coast. Also would like to do something I like (not dancing topless) and get decent wages for it. May make enough money for tuition next year.

Write to this address: ___________ I may be moving again. You see how I make up for not going to Europe? I move to new apartments every month. Very exciting. 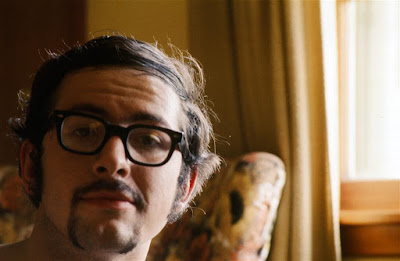 That was the last letter I got from Tina. I wrote her again but she never responded. A year and a half later I was married and my life changed dramatically. Tina became just another casualty of past acquaintances and lost friendships that littered my other life. 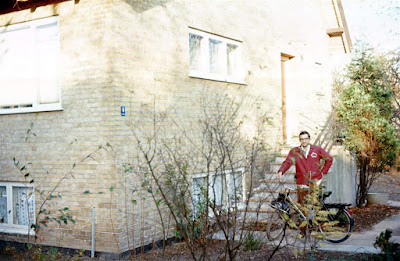 There’s a small plastic box under my desk where I’ve stuffed old photos and a few letters from my past. The box has traveled with me from Minnesota to Tennessee to Maryland and back.

Tina’s letters were among the relics there. Reading her letters again brought back a plethora of memories of that time in Europe when we were young, immature, carefree, adventurous and lost. Good times and bad along with more than a few smile-makers. 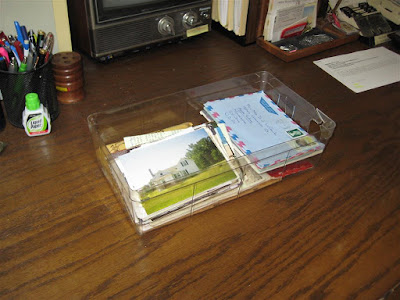 A while back, I came across Tina on Facebook. There were lots of tattoos and a son now in his mid-to-late twenties. No reference to a husband. Tina is still living in that same town. It sounds like she never moved away after all.

I had a fleeting moment of impulsive desire to contact her…but what for? That part of our lives has long since passed on. We lived out our lives as we were destined to and now we only have those exaggerated stories to tell our children and grandchildren.

Except Tina’s stories weren’t wild or exaggerated or unbelievable. She told it as she lived it and I was fortunate enough to be a small part of her late night salons in some long forgotten Danish town back in the turbulent sixties.