Portrait of a Young Man Growing Up


On the surface it might seem rather conceited of me writing an article about myself. Perhaps it’ll be mistaken as some self-absorbed treatise on the wonderment of youth and the trials (slash) tribulations of growing up in the 50’s in the Midwest. Like some opening act or shadowy prelude to my oft-mentioned ‘Lost Years’ during the Sixties.

At first glance it might seem that way but perhaps not so much after a second glance. My Mother only appears in two of these pictures; the first on her wedding day and the second with some skittish grade-schooler in her own backyard. Yet her presence can be felt in every picture…at least in my mind.

The pictures don’t necessarily unleash a plethora of fond memories flooding my consciousness with warmth but nor do they harken back to a darker period in my life. Instead the pictures tell a simple story. It was what it was. That would be defined as growing up in a single parent household and raised by an emotionally-scarred woman who was just trying to survive under some very tough circumstances. And she did it with little to no support from other family members. Boyed by her Catholic faith and the resiliency of her rural upbringing this woman made the best of numerous life-changing events in her life.

But, of course, she came from farmer stock. Much like the woman I eventually married. Beneath that façade of modesty was one tough, hard-working, and determined woman. With little more than her own mental smarts and street-learned determination she made her way through a hard and ever-changing world…with two kids under tow and no husband at her side.

I look back at these pictures of myself now and see them quite differently than I have in the past.


I used to see a scared kid unsure of himself with no father or father figure to guide him along. Now I see a kid heavily influenced by the work ethic and penny-wise attitudes of his Mother. She started working at age three by cleaning out the chicken coop. I started working in seventh grade with my first paper route. 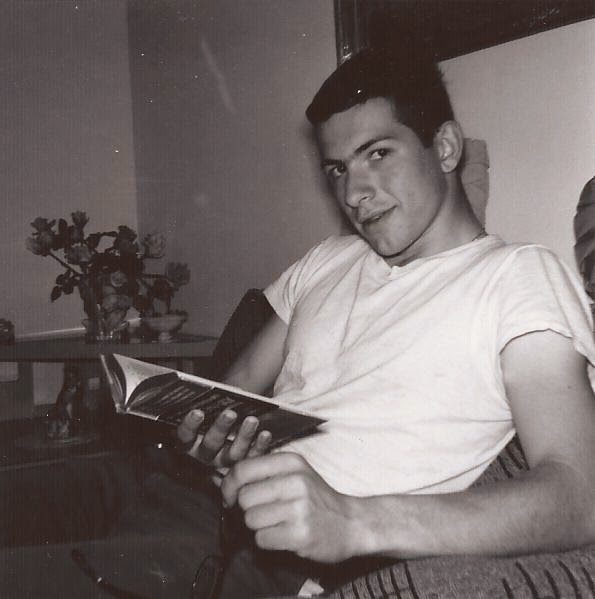 I used to see a teenager desperate to find love and affection and someone to be close to. Now I see an ordinary kid just like every other kid I knew who was searching for love…only I didn’t know it at the time. 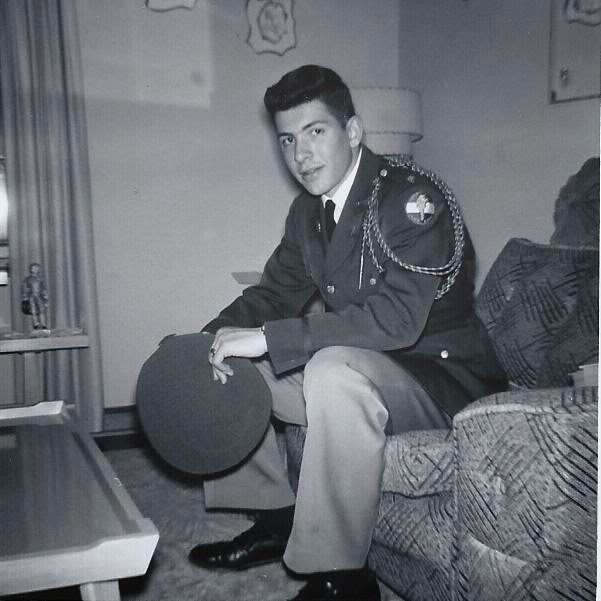 I used to see kid so proud of his ROTC training and the Lieutenants bars pinned on his shoulders even if it was only in high school. Now I see a kid who got the message early on that education was everything and he HAD to pass that on to his own children and grandchildren. 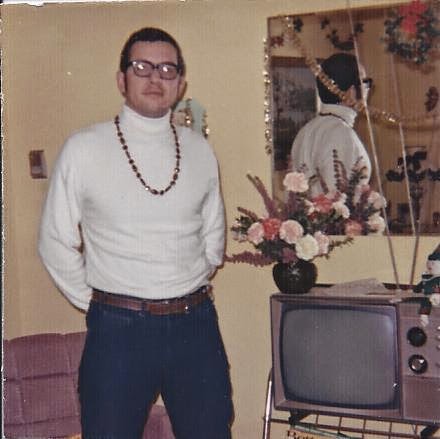 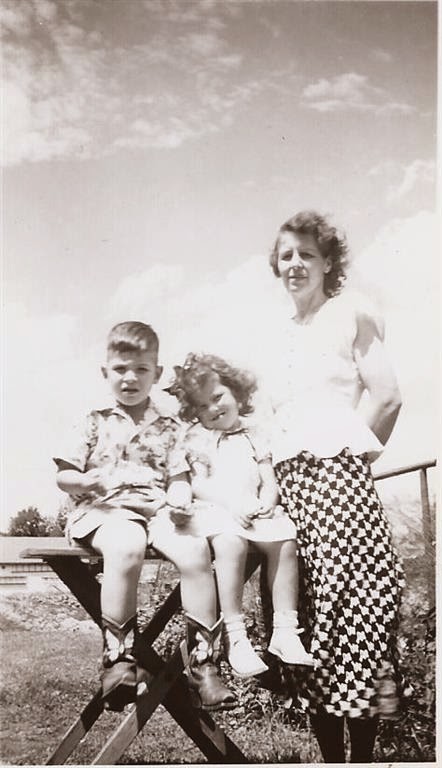 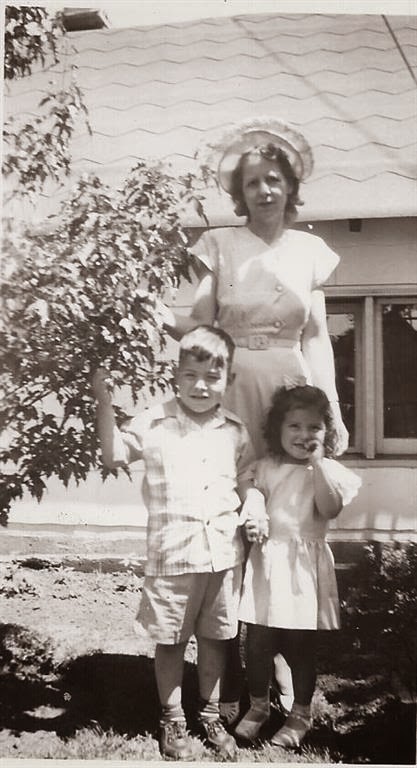 I’ve never said it before, Mom, but you did good. With little help and lacking any formal education, you managed to pull off what a lot of other married women and single mothers weren’t able to do.

You built your home with your own hands; made sure your kids got a good Catholic education and raised them both to do well. You even managed to finally find the joy of love later on in life. And near and dear to your heart, you were loved by your grandchildren who still treasure their memories of you long after you left for that Novena in the sky.

I’m sorry I wasn’t able to see the whole picture when I was growing up there alongside you. It was cloudy and vapid back then…and it’s taken a long time for me to put that puzzle together.

I should have told you how very proud I was to have you as my Mother.

I’ve never said that to you before.