They were stacked eight bodies deep and lined up for ten city blocks. A hundred thousand spectators all there to watch me wrestle with a thirty-foot snowman. The parade was just an added benefit to my endeavors. At least it seemed that way to me. 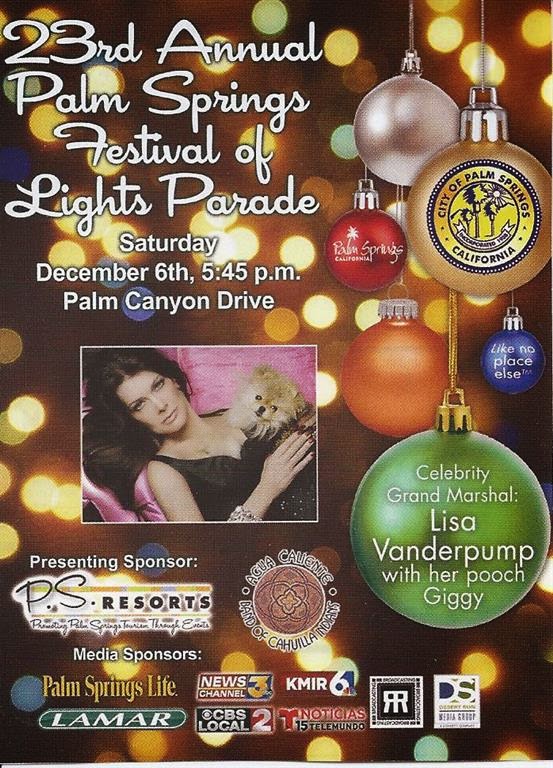 The annual Palm Spring’s Festival of Lights is a magical time of year. Usually held the first week in December, the Christmas parade attracts spectators from all over the Coachella Valley, the Inland Empire and beyond. 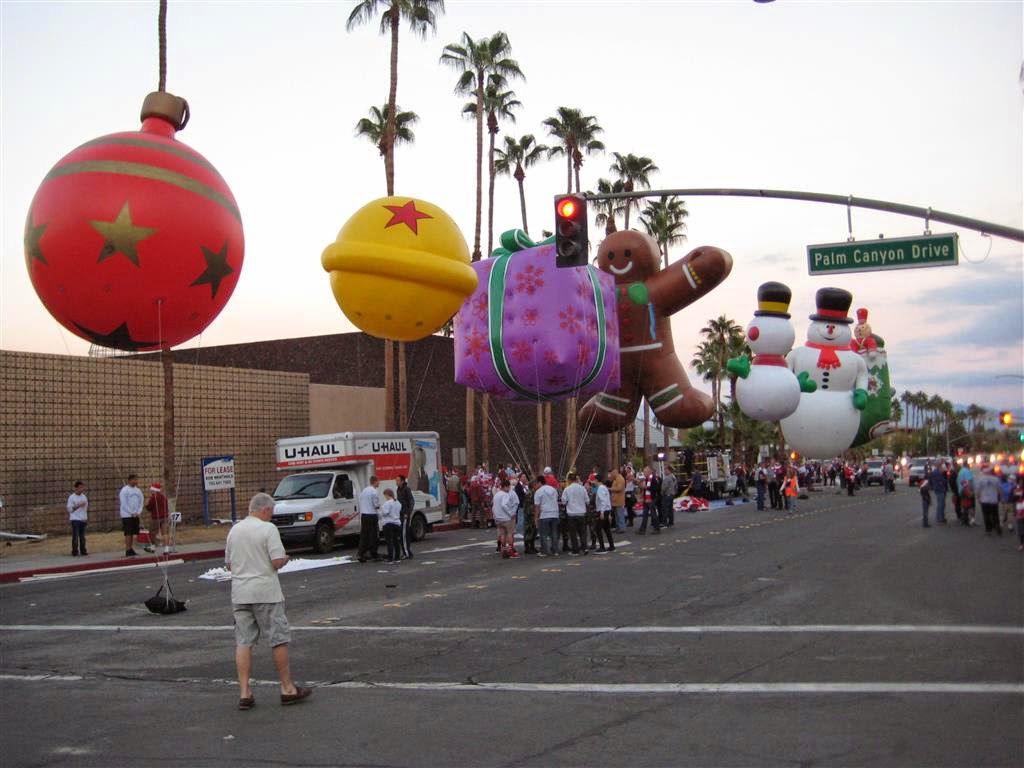 This year I got to march in the parade…with a gentle giant floating above my head. 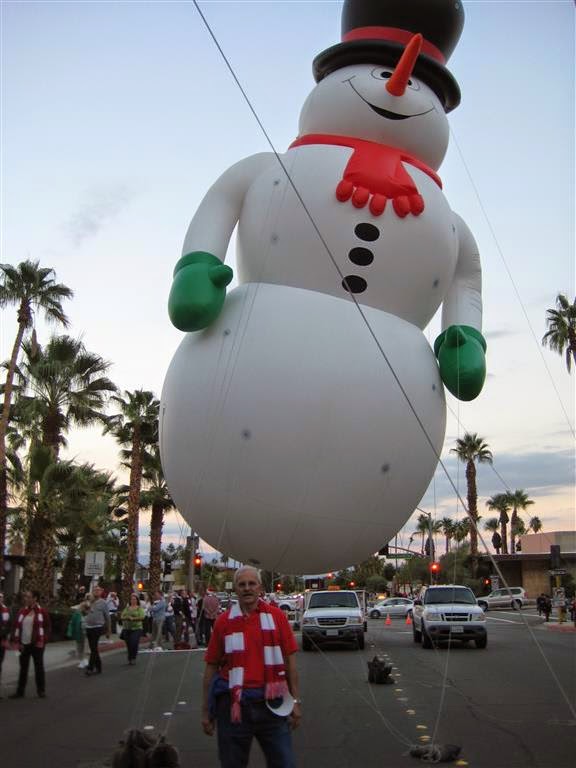 We’ve been to the parade several times and just watching the children’s faces as the floats and bands cruise by is worth the cold wait. Cold being a relative term for someone from Minnesota. 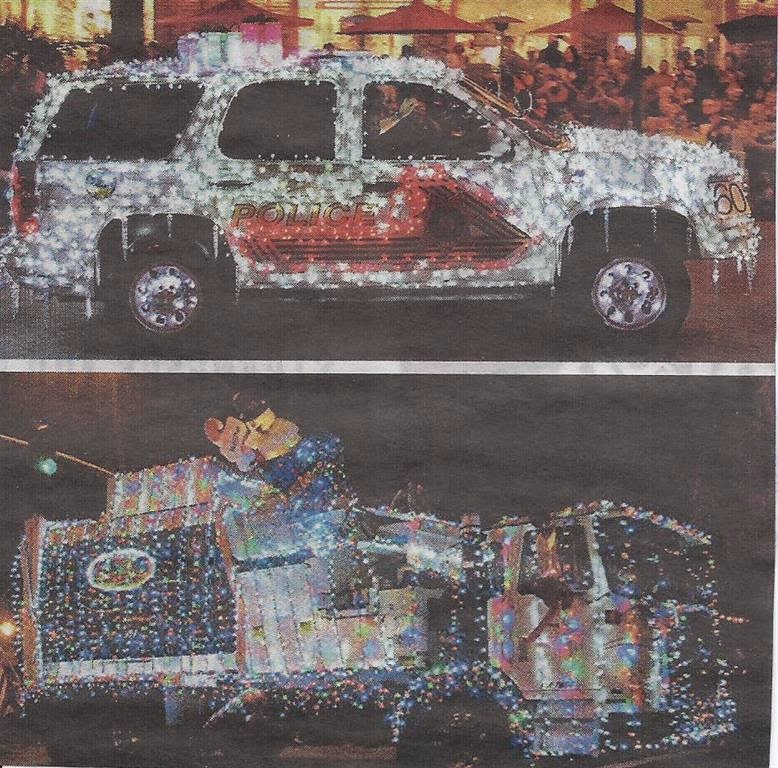 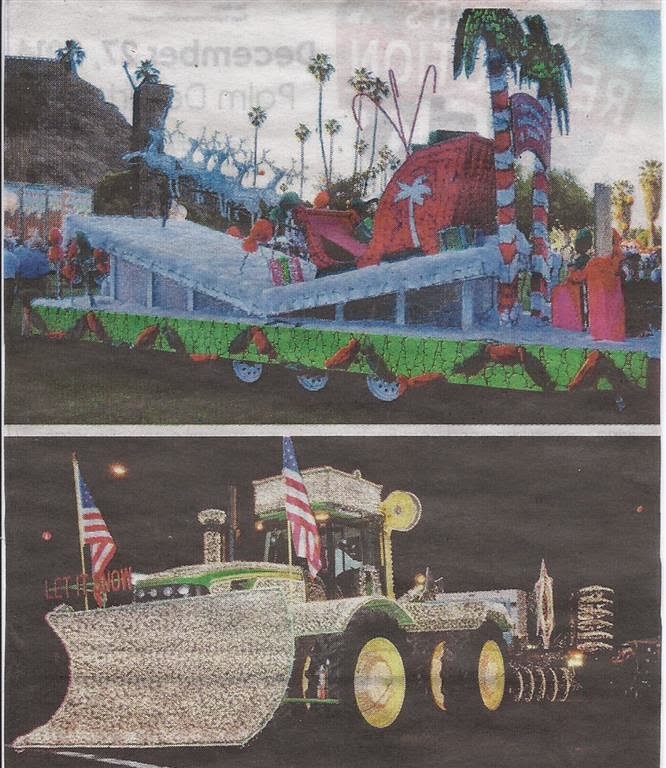 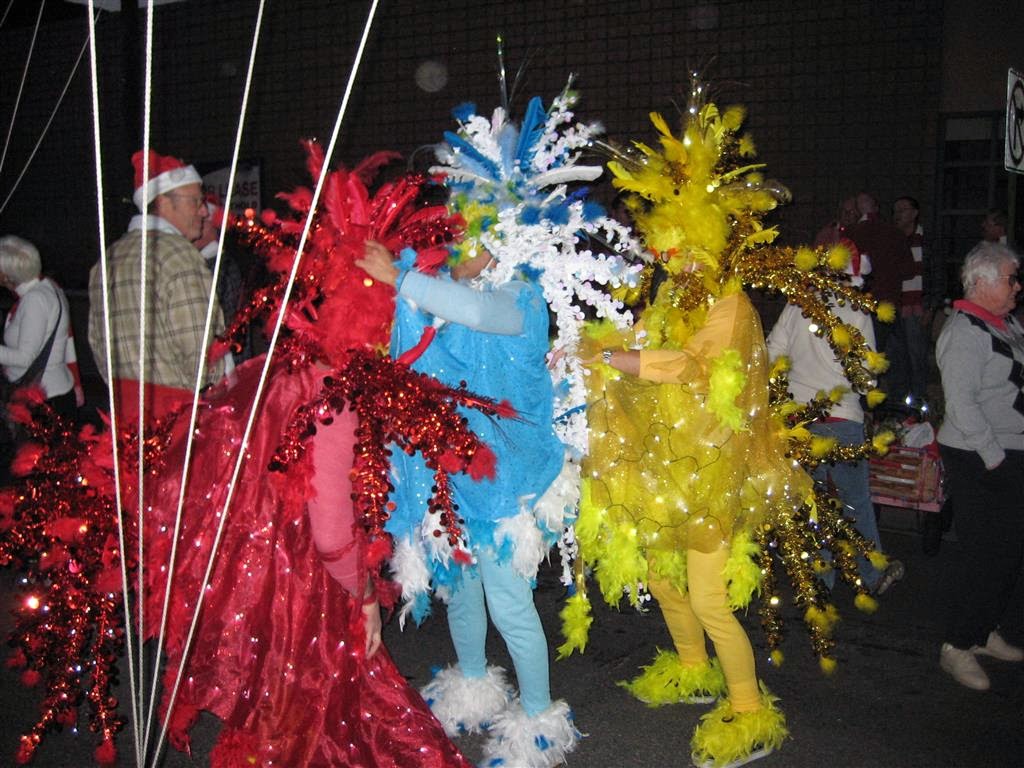 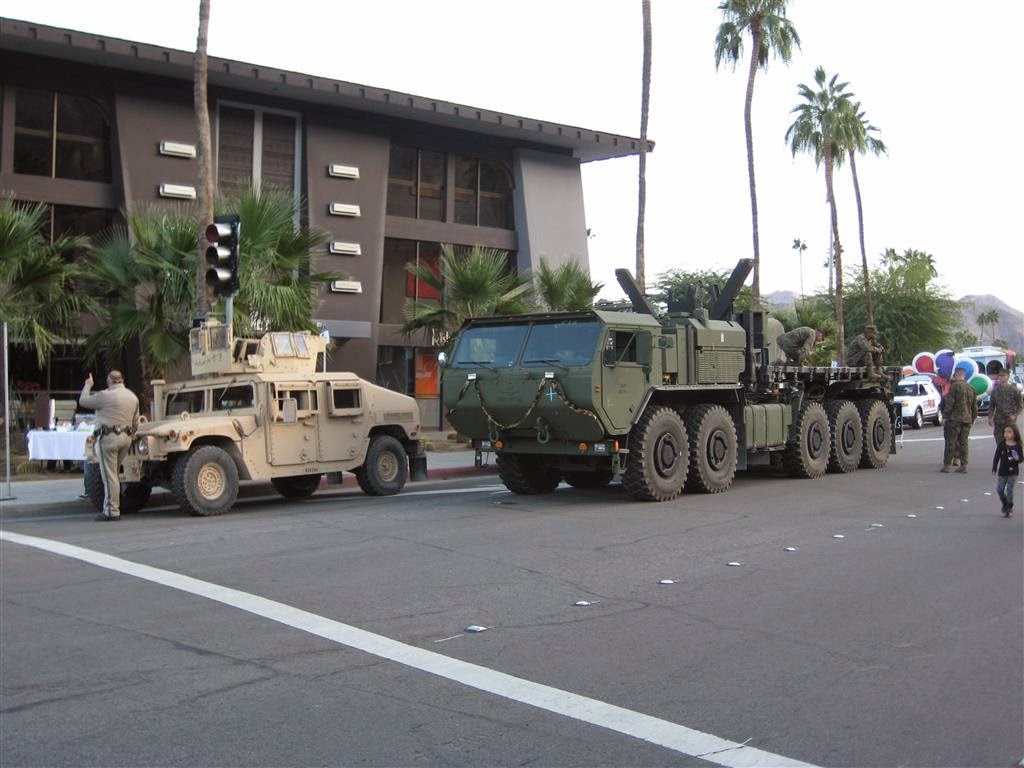 In the Festival of Lights, every marching band, float, car, truck, other assorted vehicles and their accompanying handlers are all draped in lights. This year’s parade included everything from three colorful chickens (only in Palm Springs) to serious military vehicles. 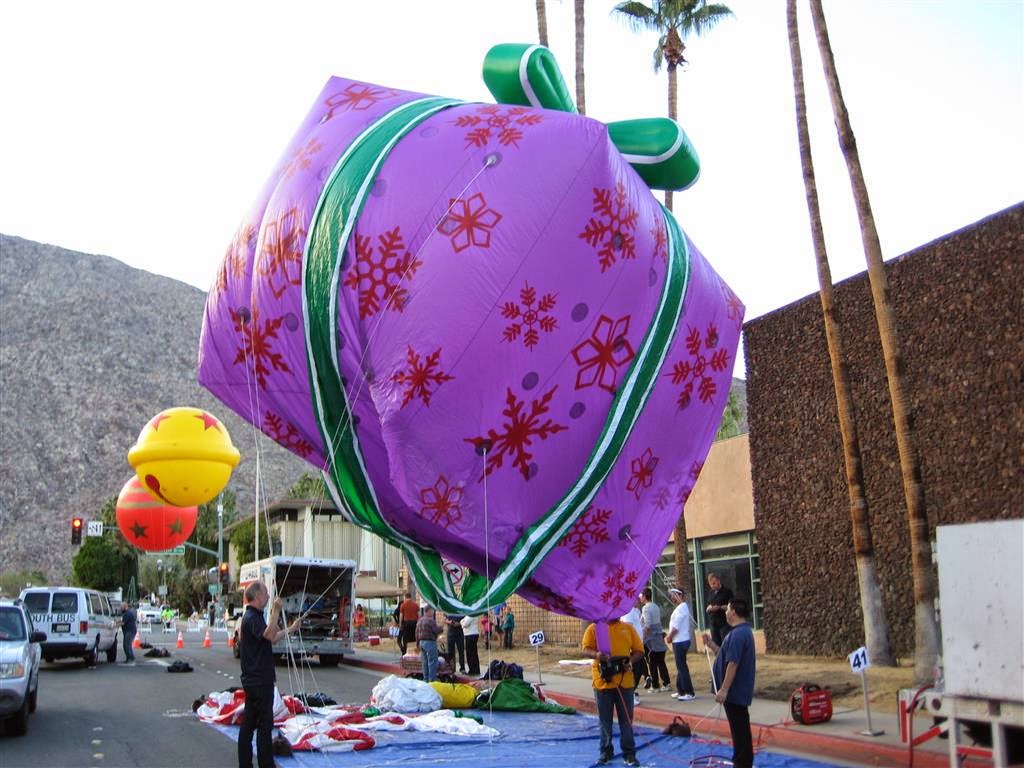 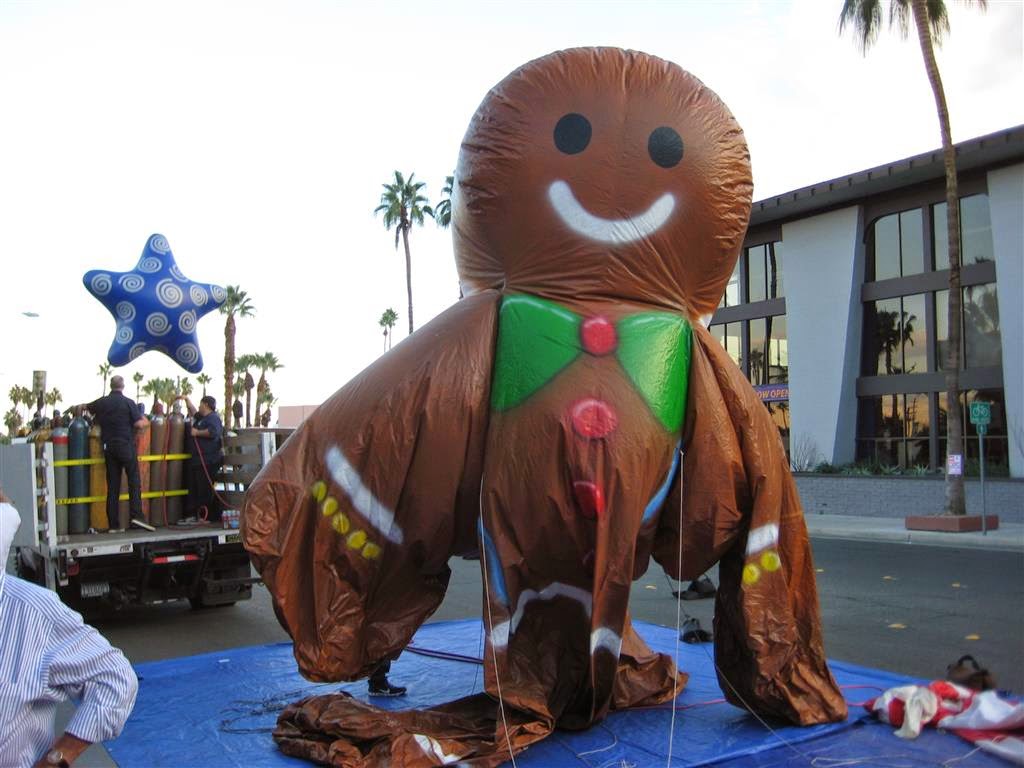 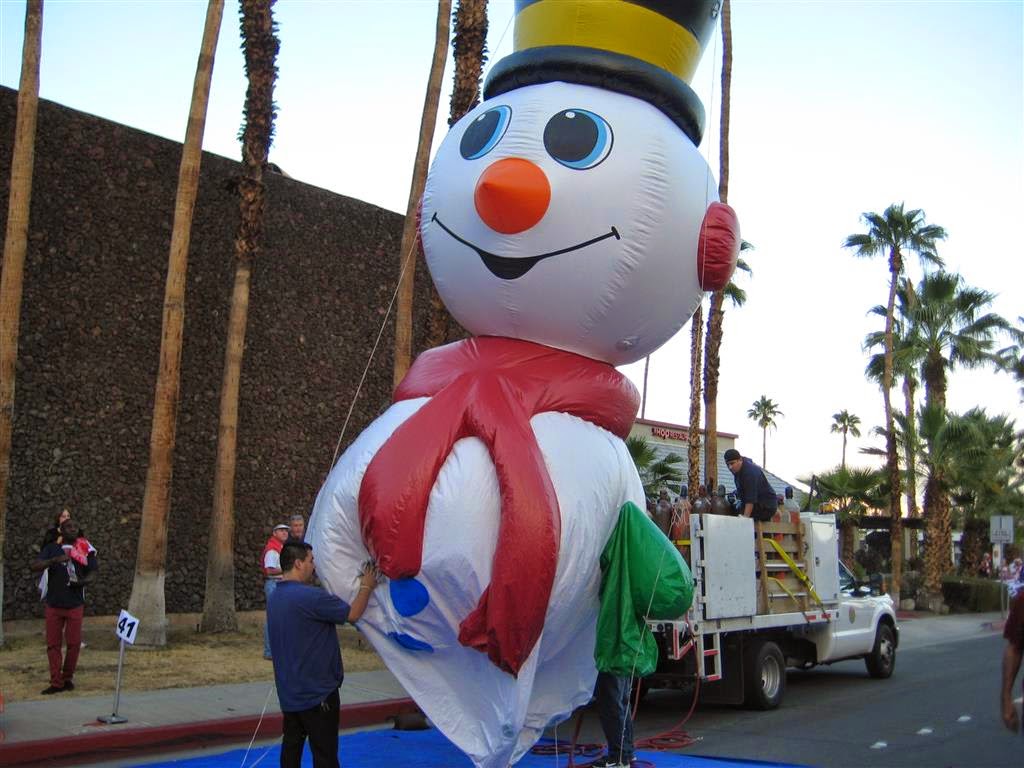 The only objects that aren’t covered with lights were the huge floating balloons interspersed throughout the parade. The balloons were only a step below (in size) from the huge inflatables made famous in the Macy’s Thanksgiving Parade. The Palm Springs Festival of Lights is akin to the Holi-dazzle Parade in downtown Minneapolis but without the sub-zero cold and snowbanks to climb over. 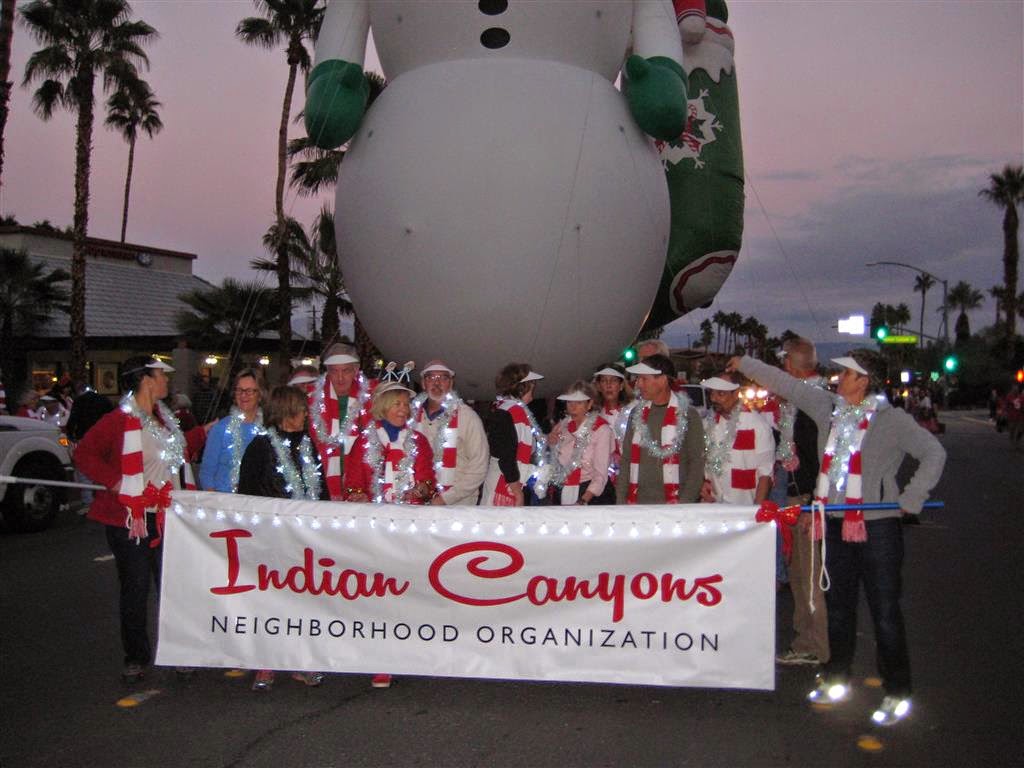 Our neighborhood, Indian Canyon, won the balloon lottery and drew the largest balloon that would be in the parade. It was a thirty-foot (yes, 30 feet tall) inflatable balloon of a snow-person. Seriously, that’s what they called it here in preference to our many same-sex couples and gender-challenged individuals. I preferred to think of it as the all too familiar Frosty or an elaborate version of that crudely constructed pile of over-weight snowballs my sister and I used to construct in our backyard many winters ago. 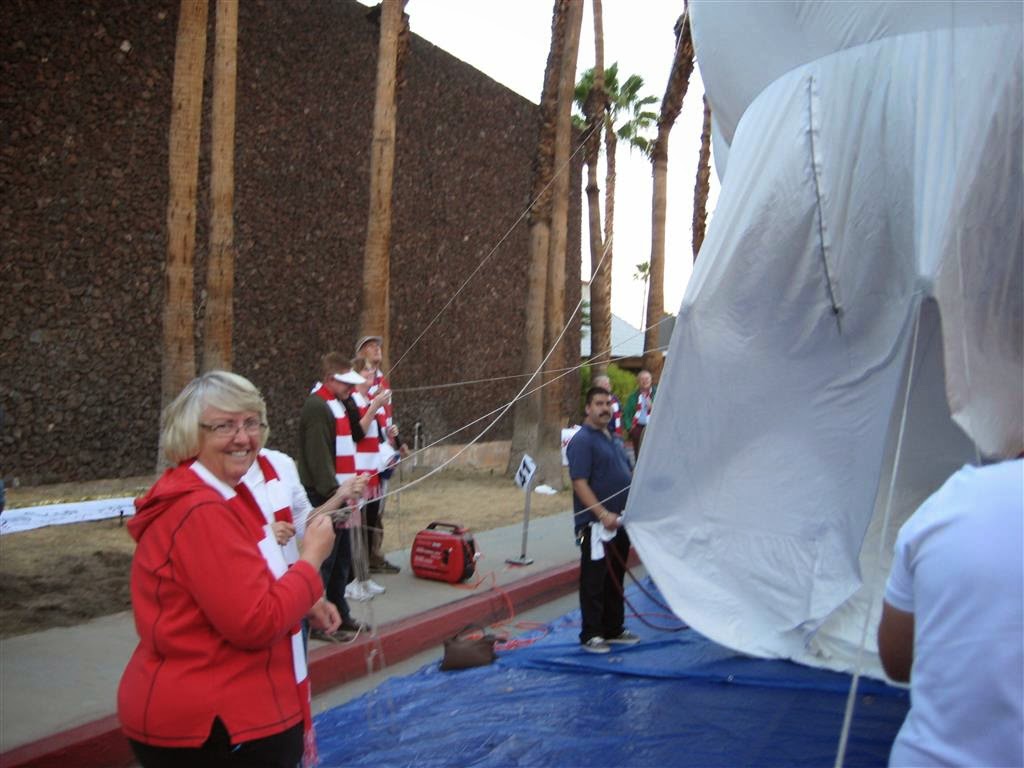 So, of course, with a balloon of that size and height and floatability (if that’s a word) there had to be a minimum of sixteen wranglers to hold, control, and prod the balloon along the parade route.  Now I’ve done some questionable things in my life but balloon wrangling hadn’t made that list.
Until now. 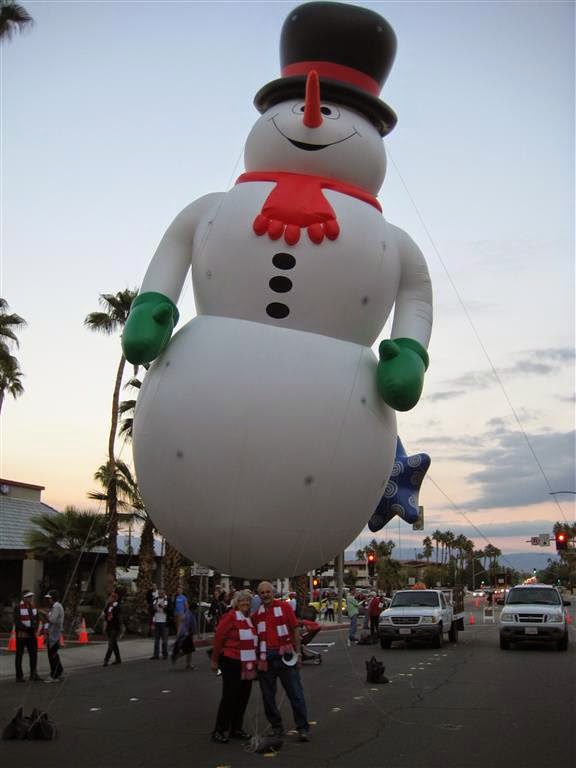 We were even decked out in lighted wreaths and colorful scarves.

I think our greatest fear was the wind. One strong gust and we would be destined for snow-capped mountains, broad valleys below and the Pacific Ocean. Boarding the flight would be easy; no worries about overhead baggage and extra blankets. It was the landing that worried me the most.

Fortunately the wind was held at bay and we only had to contend with kids screaming for candy, overhead power lines, the snow-person’s tendency to tug at our ropes and looking up thirty feet and still not seeing its face. Reminded me of looking up Marilyn Monroe’s dress but not as colorful.

But it was the looks of wonderment on the children’s faces that held my rapt attention. They became perfect caricatures of ‘big eyes’ as they stared up in awe at the bright white giant floating above their heads. Many would scream out ‘Frosty’ and some even burst into song.

The parade was a great success and a wonderful bonding experience with our neighbors from Indian Canyon. Now that I’ve got the hang of balloon wrangling I’ll probably volunteer again next year. 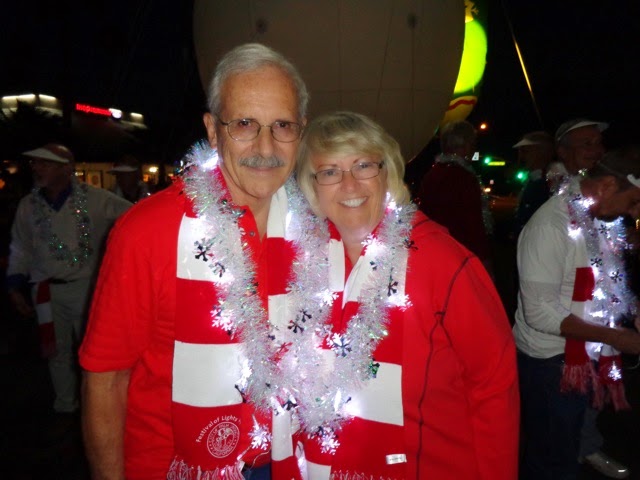 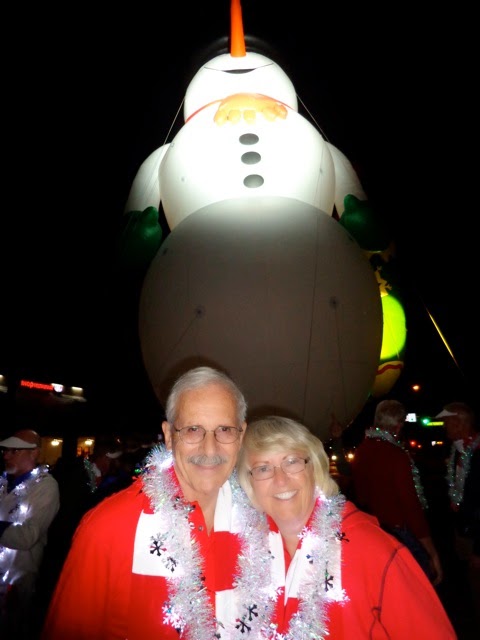 Besides it beats standing in the crowd and wishing I had an excuse to join in.
Posted by Author Denis J. LaComb at 11:37 AM