So I’m finally about to complete a journey that started back in 1967 in the middle of a fierce snowstorm in Denmark. Once again I’m off to the South of France where sunshine and warmth and those infamous topless bathing beauties await my imagination and a respite from frozen Scandinavia. Only this time I’ll actually complete my journey to Nice by bus instead of a failing thumb. 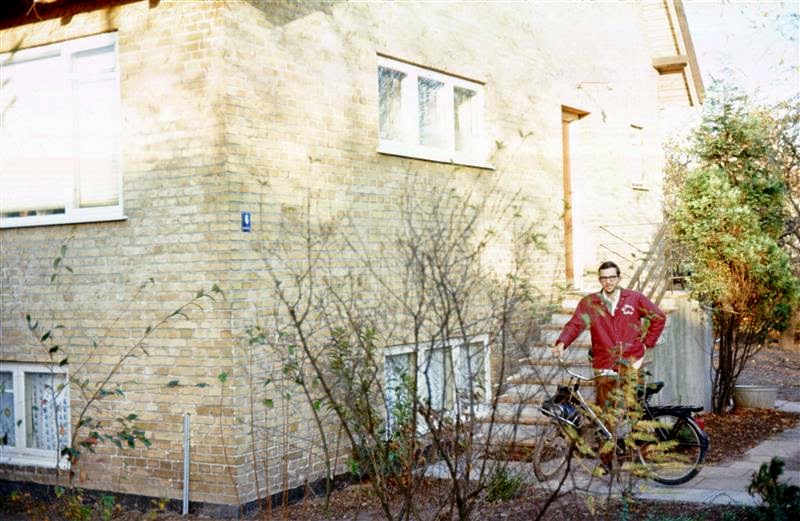 The conclusion of this sojourn south has been a long time a-coming. It seems like forever since that fateful day when I decided that Denmark in wintertime was too close to Minnesota’s own version of a white hell. I’ve often imagined what that road trip would have been like if I has actually completed it.
No matter; a lot of living has happened since that eventful day. In fact, it’s been a veritable lifetime of storied adventures, loves lost and found, kids coming and growing up and the ghost of past work lives. Or maybe it’s just mature age creeping forward as time dims those fleeting memories of my youthful exuberance and dreams.

Obviously, I’m in a different place now. Back then it was the Herald Tribune that gave me the latest in U.S. and international news. Now the Riviera Coast has its own web site, the Riviera Times complete with ads, real estate listings, weather and other helpful data. What a short fifty years of change can produce. 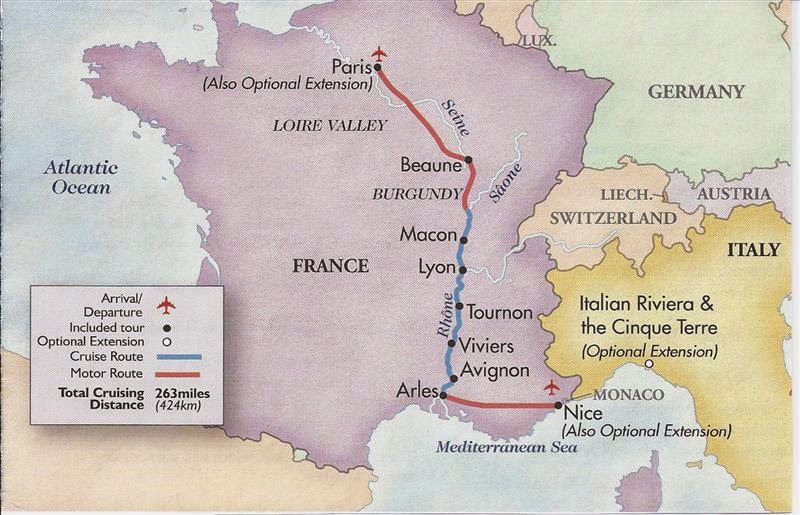 We’re on the Provence, one of the river cruise ships operated by Grand Circle. The river trip will take us from Macon to Arles and then the final leg by bus to Nice. It will mean leisurely cruising the waterways of France coupled with walking tours of quaint towns and villages along the way. 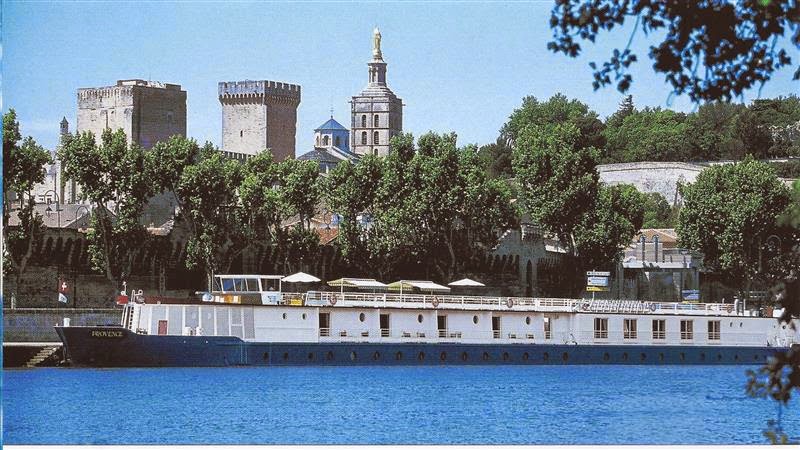 The Provence is one of the smaller boats in the Grand Circle armada. It’s much more compact than the larger boat we took on our cruise from Vienna to Amsterdam. 94Locks and a Cup of Coffee. Onboard there are only 45 passengers plus crew verses the larger ship with 130 passengers and a larger crew. But the cabins are much larger than before and the other guests are all pleasant traveling companions. 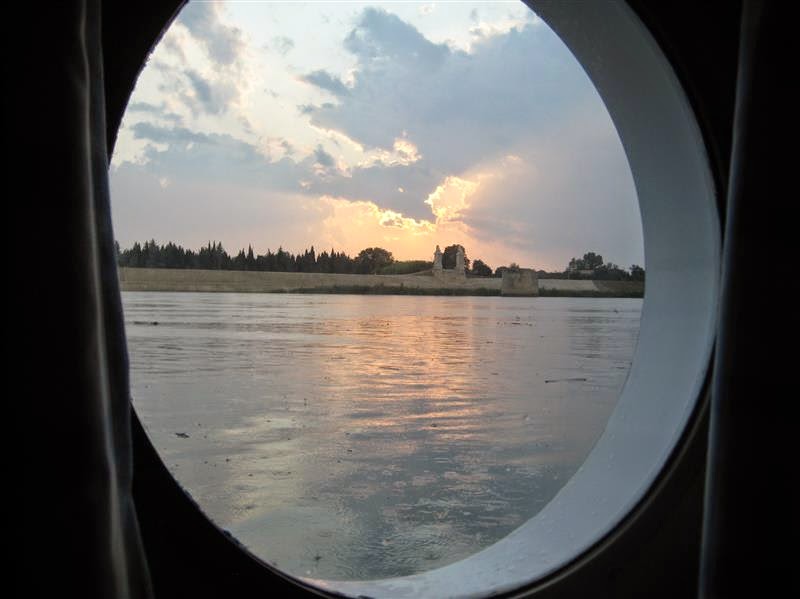 There’s Wifi on the boat and a currency exchange so I don’t have to go looking for an American Express store to pick up my mail or exchange my American dollars. But after the first morning, there’s a sad realization that I’m addicted to e-mail and news on the internet. The poor Wifi connection onboard strains my quiet morning routine that only the passing countryside with multiple cups of coffee and too many croissants can make up for.

It was a week and a half that passed far too quickly…but in the end left a lot of indelible memories.
The passengers were a curious and yet unremarkable group of people. It was plain vanilla with plenty of sprinkles to liven up our conversations. There were three sets of Mother-Daughter couples on the boat. Their banter and sometimes exasperated conversations made for great eaves-dropping. At the farewell party, one of the mothers thanked us all for including her in all the activities and making her feel so welcome. Damn near brought tears to my eyes.

There was an ex-military man who hadn’t yet learned to let go. His commanding comments often heightened the chagrin of the other passengers. Surprisingly, there were several couples with no kids to speak of and proud of it. In true modern day travel fashion, hometown folks intermingled with veteran road warriors to share their love of travel. Months earlier, a couple of high-powered business executives had been set out to pasture. Their fidgeting and restlessness made the rest of us nervous until they finally settled down and got into the rhythm of the river. As always, there were several invisible couples just along for the ride.

The small towns and villages came and went. Some were interesting to visit. Others could have been bypassed. The next major city we hit after Paris was Lyon. Lyon is a UNESCO world heritage site. Once the capitol of Gaul under the Romans, Lyon flourished as a Renaissance trading center based on its extensive silk industry. 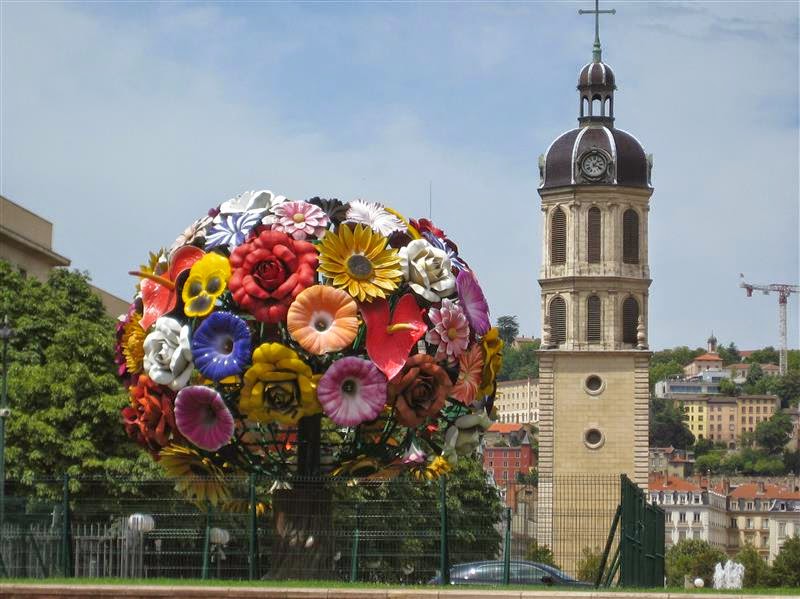 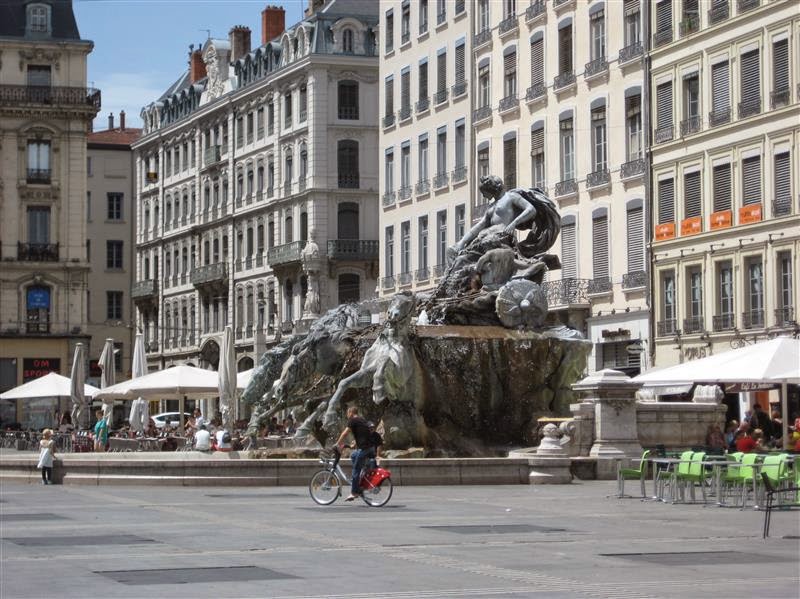 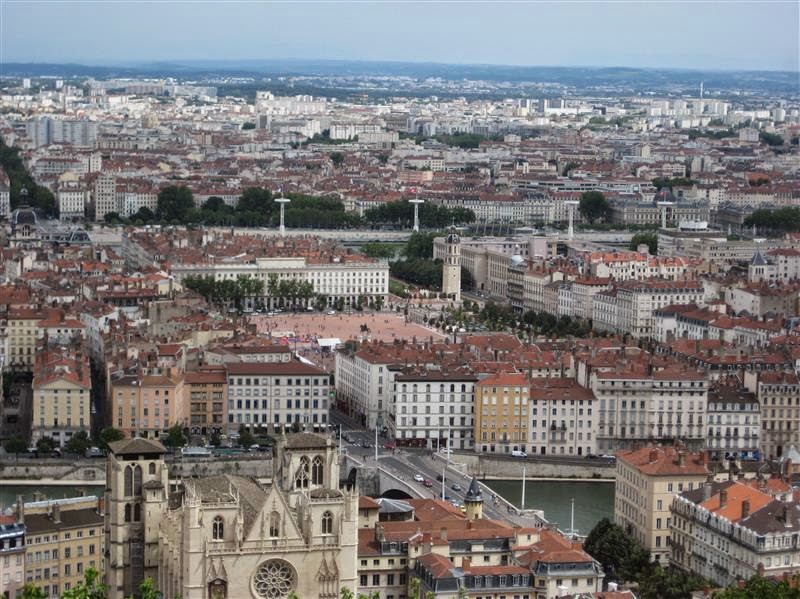 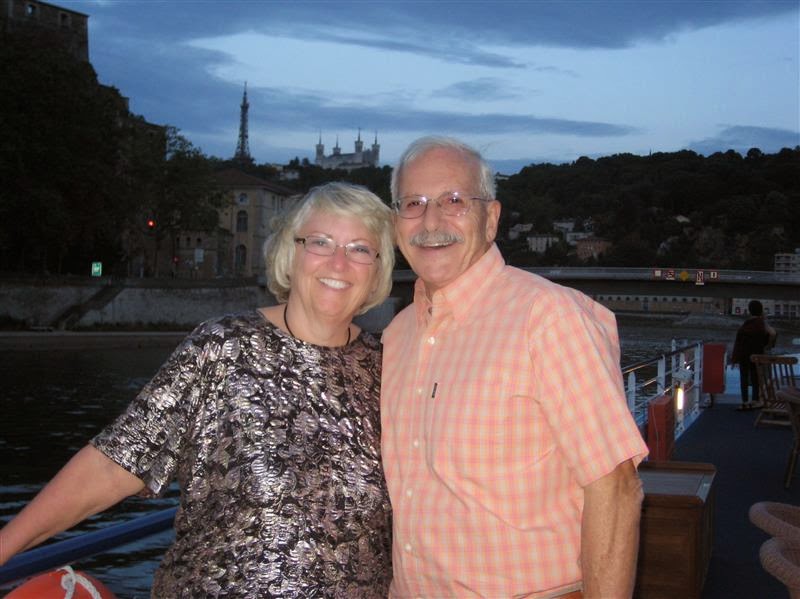 After Lyon, the small riverfront villages and towns pretty much seemed the same. Our luck changed as we pulled into Avignon. It was their annual two week artistic festival that filled the city with every act imaginable. It was like Minnesota’s fringe festival or similar venues in Chicago and San Francisco. It was a two week performing arts extravaganza centered in the heart of the old walled city. 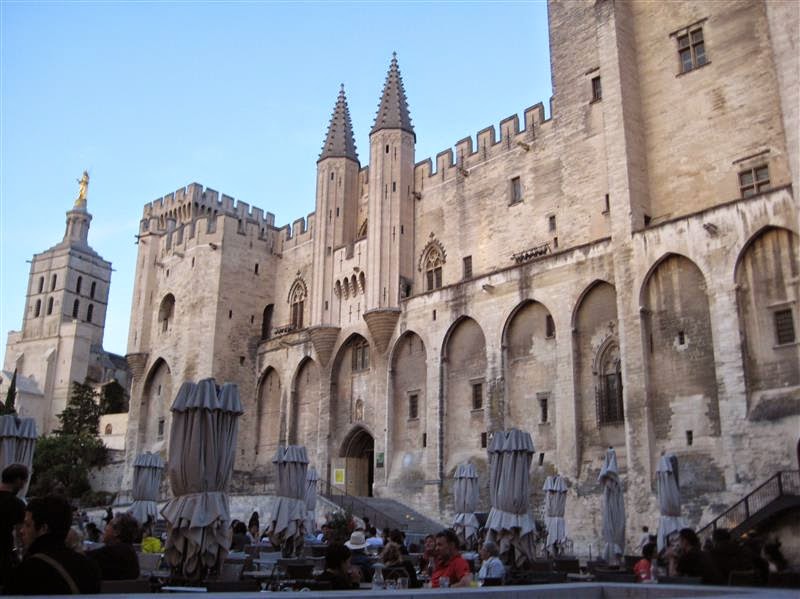 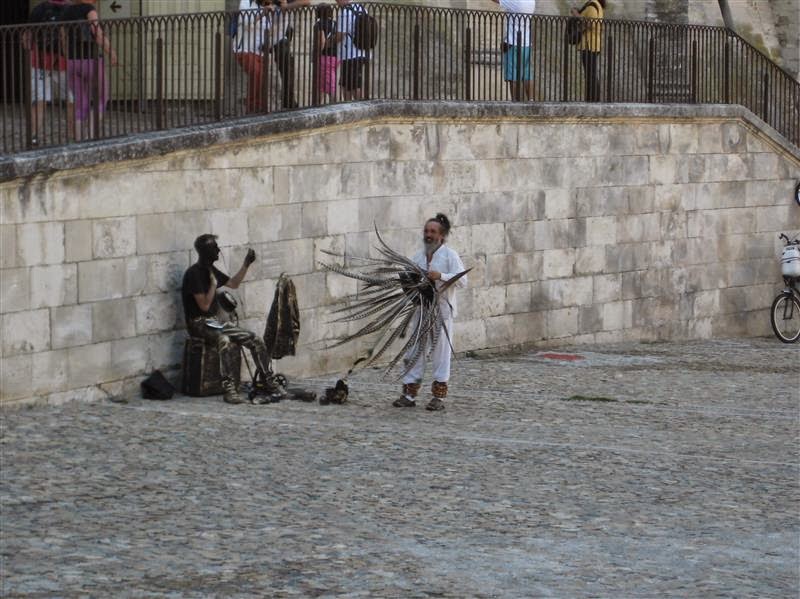 After Avignon, it became a downhill run to Arles where we disembarked and climbed aboard our tour bus for the final run to Nice. On the way to Nice, we stopped at Rhone American Cemetery. It was a quiet and somber visit with a tour guide who didn’t mince words as to the horror of war and the sacrifice made by those soldiers in the early days of the invasion of Southern France. 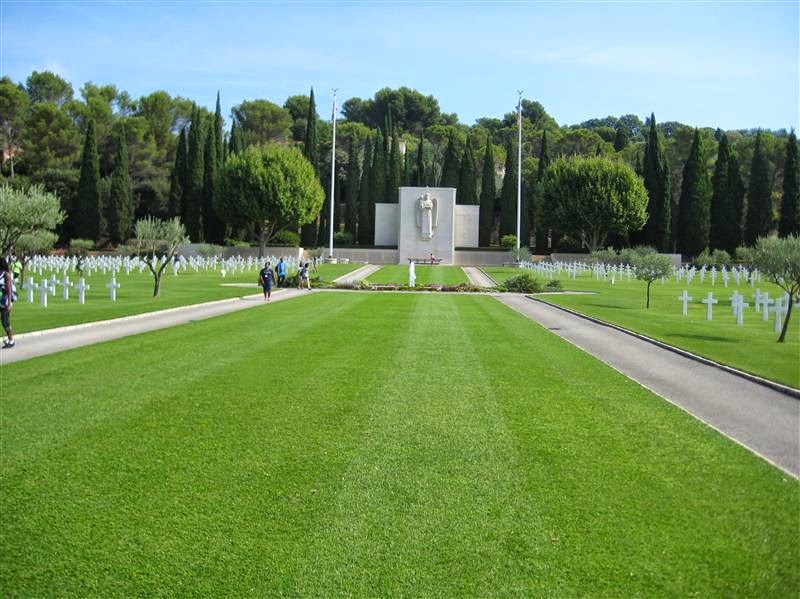 Strangely as I stood amid the white crosses my mind wandered back to 1964 when I was in the Army and had volunteered for duty in Vietnam.  Now I couldn’t help but wonder what might have happened if my request had been approved. 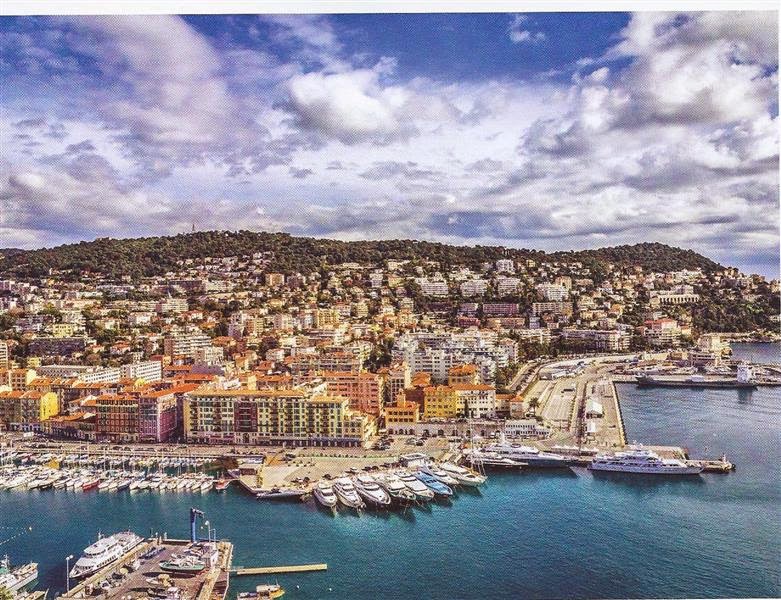 There have been some cities that for one reason or another strike a chord of interest with me. It’s a feeling that I belong there. I could live there. A part of me is already there. London, Hong Kong and San Francisco stand out among others. Now I can add Nice to that list of dense urban jungles that piqued my interest. 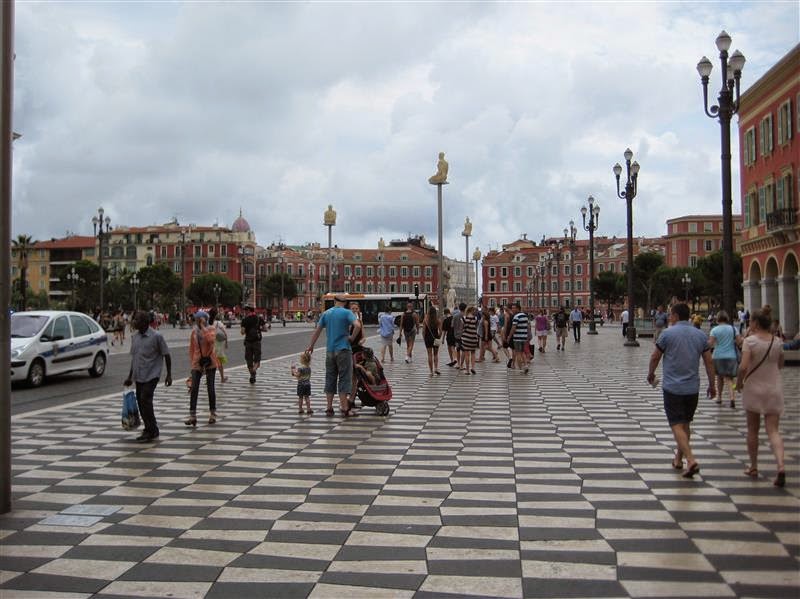 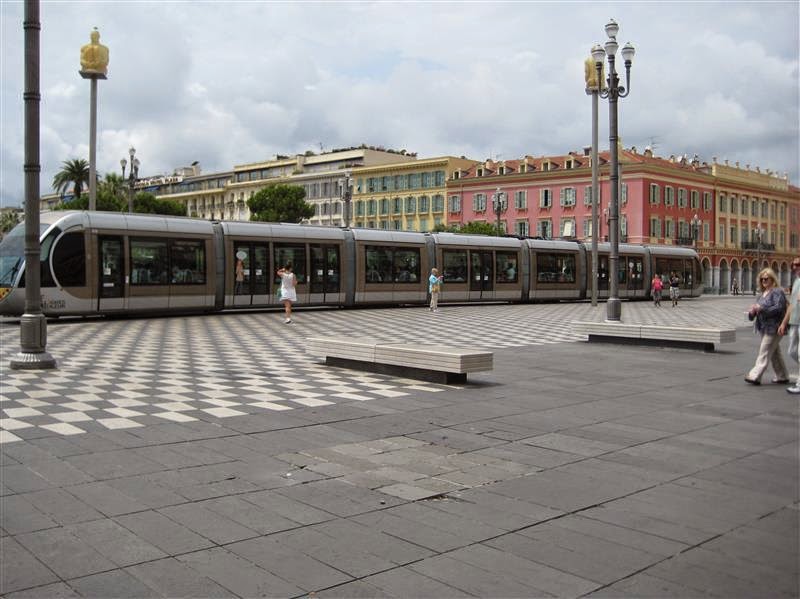 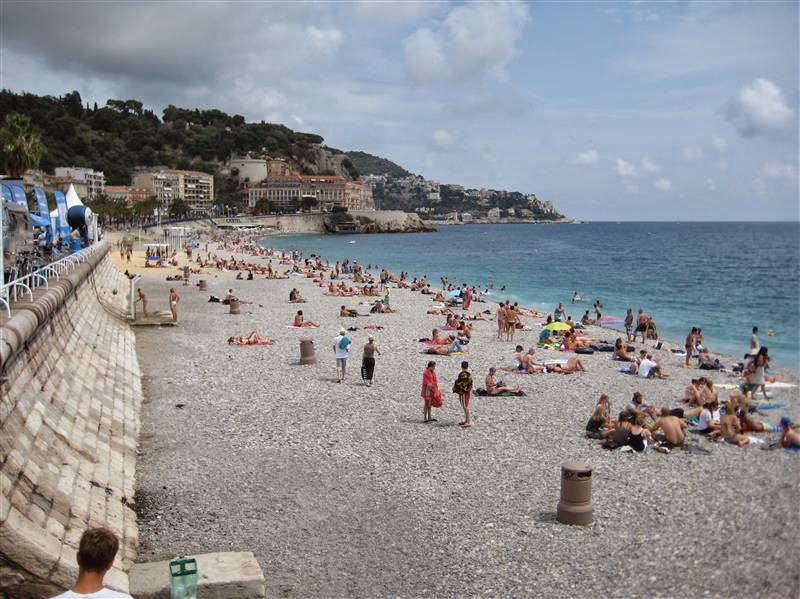 For reasons that I can’t explain it immediately feels as if Nice is my kind of place. And it has nothing to do with the scant beach attire worn all over town. Nice felt like home even before we climbed out of the bus and were enveloped by the bright sunlight, 90 degree heat and accompanying humidity.

I finally made it to Nice. I’m guessing it would have been different back in ’67 and yet not so much. I’m older now but not much wiser. There’s been a lifetime of living in between my start in Denmark and this final arrival in Nice. It’s good to finally be home.

Now which direction is the beach?
Posted by Author Denis J. LaComb at 9:00 AM