Apartment living is suddenly back in vogue. Actually it never went out of style. It just changed and evolved along with changing mores and lifestyles and current economic trends. Apartment living, just like city living, is now back in fashion among millennials. I addressed that a while ago in Where Have All the Hippies Gone.

Major, mid-sized and even smaller cities are now being peppered with apartment projects where once condos held supreme. San Francisco seems to be leading the charge with its infusion of the ‘creative class’ and escapees from Silicon Valley.

Even though apartment living ebbed and flowed with evolving lifestyle choices and tastes, it has always been part of the American lexicon ever since its inception before the 1700s. Actually even before that period in American history with the pueblos of the southwest and Mayan cities further down south.

It’s no different around the world. Until recently in Europe, apartment living had been the norm for centuries. Multiple generations often lived in the same building. When I was hanging around Amsterdam in the mid-60’s, my good friend lived with his parents and girlfriend in first floor apartment, his grandparents occupied the second floor and an aunt and uncle were on the third floor. Europe,the Second Harvest. 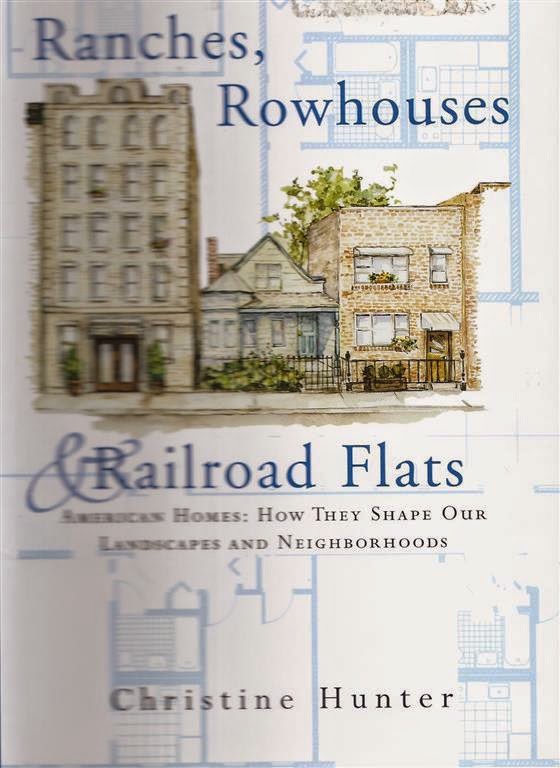 For the most part, America had been a country of apartment dwellers up until the end of World War II. In her book entitled: Ranches, Rowhouses and Railroad Flats, author Christine Hunter chronicled the evolution of various American housing forms and the ways they shaped and limited the neighborhoods surrounding them.

For almost sixty years, home ownership was the zenith of success that many families strived to achieve. Burning their mortgage papers after the last final payment became a ritual that many of our parents and grandparents enjoyed.

But the recession of 2008 and a different attitude among millennials changed the perception of home ownership and shifted desires toward more freedom of movement, downtown living and less perceived value in home ownership. 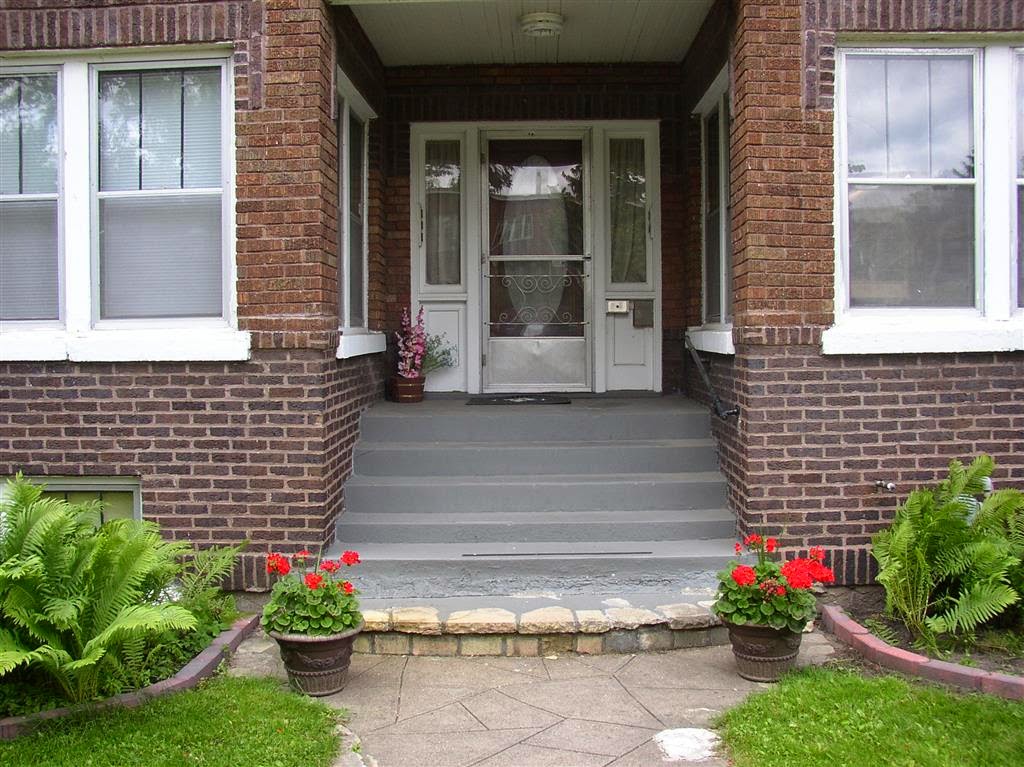 Like most cyclical trends, apartment ownership has grown and, in turn, waned over the decades. There was a period in the early 80’s when apartment buildings in the Twin Cities were appreciating at a very fast rate. Then tax changes by the Regan Administration eliminated many tax exemptions and other lucrative benefits of investment properties. Values plummeted and real estate was no longer an easy foolproof way to make money.

Yet the basics of apartment management never changed. Aside from the financial matters, managing apartment units is observing another person’s life under the microscope. It’s like studying the socio-economic behavior of subjects who pay you for your efforts. You can’t help but notice their living conditions, eating habits, mating habits and general lifestyle.

For an introvert thrust into the lives of a lot of other people, there seemed to be just one business model that would work. It was driven by one simple philosophy. That was the idea that the owner of the building was not dealing with rental property or investment property or apartments for that matter. To my way of thinking, the obligation of a landlord became one of providing safe and clean homes for the residents. Semantics aside, it was an important differentiation.  In the same light, it meant categorizing the folks living in those units as residents and not renters or tenants.

But business is still business. Both parties understood their respective responsibilities. The landlord-renter agreement wasn’t a benevolent relationship. Residents paid the landlord for a place to live. The landlord’s part of the bargain was to provide a safe and clean living environment. He wasn’t their boss but he wasn’t their pal either. Hopefully they saw him as a nice guy who was fair but firm and one who responded quickly to their relevant concerns.

A landlord or manager gets to see other sides of your resident’s personalities, life styles, love lives and grooming habits that few other people see.

I was in the business for almost thirty years. Over that period of time and because of the transient nature of young folks, I dealt with more than several hundred renters. Ninety-eight percent of them were fantastic folks whom I’d rent to again in a heartbeat. In fact, there are several that still exchange Christmas cards with us each year.

Some still stand out in my mind.

The fellow who came and stayed for over 16 years. At first glance, his unit seemed to embody the perfect definition of squalor. In fact, it was just dusty and cluttered. He had black garbage bags in every corner where he collected tin cans, paper, etc. Yet there was never any sign of rodents or bugs. His dirty dishes piled up until they filled the kitchen sink and only then were cleaned up. How he could live like that I’ll never know. But he did. He never caused any problem and always paid his rent on time
.
There was a wonderful couple who stayed for a few years, left for California only to return shortly afterwards. They were true urban pioneers. They didn’t own a car and their only means of transportation were their two bicycles. Yet they managed to get about the city in winter and summer on their trusty metal steeds.

A middle-aged woman moved in, got married several years later and stayed for over twenty years. She was an artist, her husband an attorney and she always had two dogs in her unit which she took for long walks even in the dead of winter.

Some of the young women needed a father figure to help them figure out how to operate their oven or change a light bulb. Others were neat freaks who cleaned the front lobby for something to do. 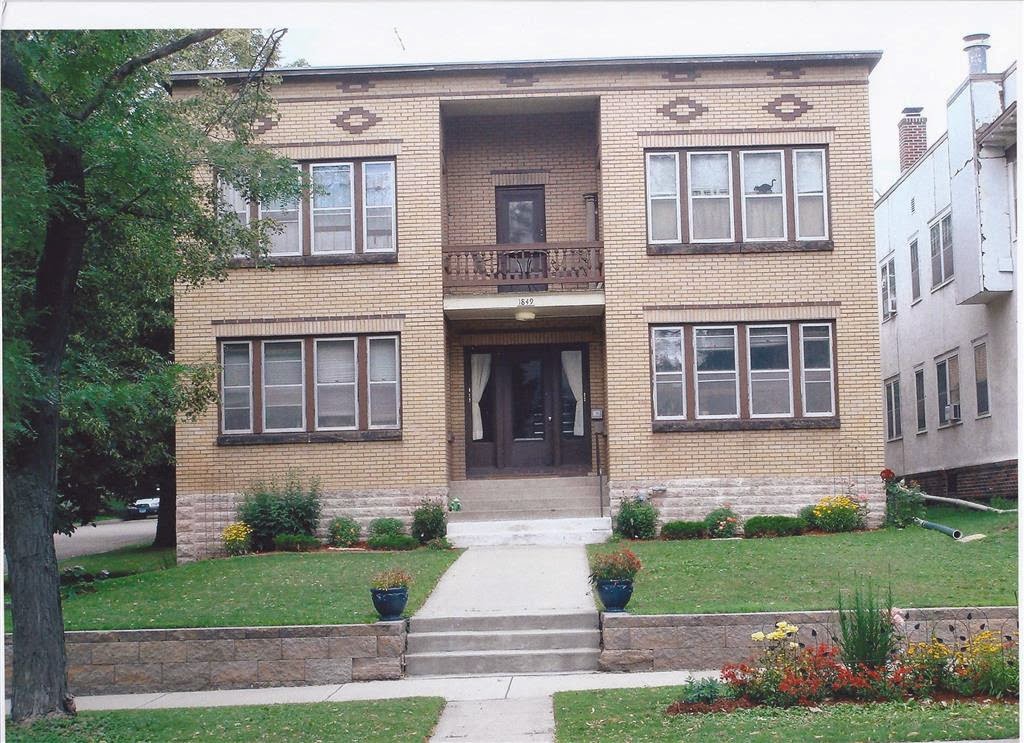 One mother and her daughter took over the yard work for a couple of years just to stay busy.

Many couples stayed for just one year and then moved on. I came to realize it was the transient nature of young people to never stay in one place for too long a period of time.

There were a few bad apples among the peck. But they were few and far between and always left after their lease ran out. We were both happy to see them go.

I could write a book about my experiences. In fact, I am working on what will probably become a Kindle Single about managing apartments. It’s tentatively entitled: ‘A Quick Start Guide to Practical Property Management.’

What I learned over the years can be reduced to one simple sentence. ‘Treat your residents and their units with respect and not as rental property.’ If you do that, 98% of your folks will respond in kind.

It was a philosophy that served me well.
Posted by Author Denis J. LaComb at 9:30 AM