Paradise in Wrinkles and Cream


The ‘season’ has begun in Palm Springs. For roughly six months out of the year, snowbirds and tourists and a plethora of visitors gather to celebrate the warm desert climate, wonderful mountain vistas and a myriad of outdoor activities. They bring with them their suntan lotion, wrinkle cream and youthful dreams of a hedonistic nature. 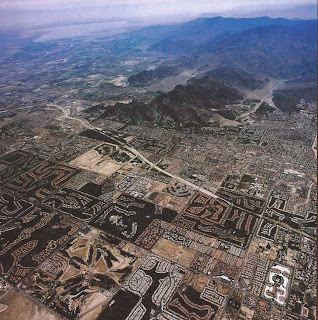 The population in the Coachella Valley swells by two-thirds during ‘the season.’ Hotels start to fill up, especially on weekends and for special events. Restaurants start demanding reservations again. Last year, a couple of motels near us charged $650.00 per night for the Coachella Music Festival. 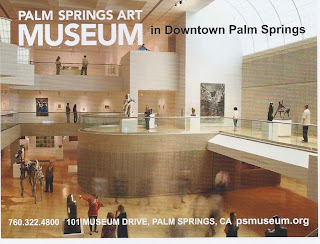 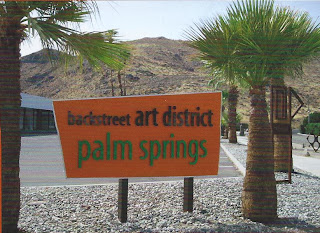 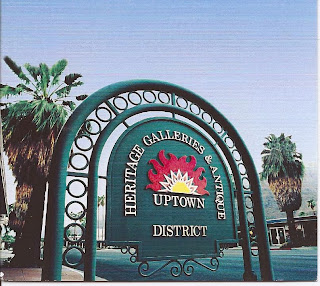 Most of the newbees or returnees come to avoid the harsh Canadian winters or arctic blasts blowing off the frozen Midwestern tundra. Some come to play golf. Some come to sleep in. Some come to wrap themselves in a new persona. This is often the case around the holidays when your typical family arrives with kids in tow. Once off the tarmac, the grandparents have the kids and the couples begin to swing - figuratively speaking. 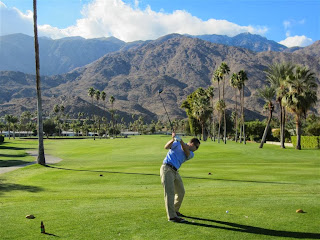 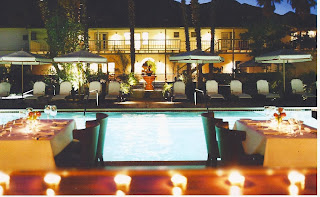 Caustic year-round natives call it the “Palm Springs state of mind.” It’s a throw back to that Hollywood fantasy era where the hard liquor cocktail hour began at 4:00, women were treated like second class objects, everyone smoked and most wanted to emulate a hedonistic lifestyle-if only in their minds. In reality, it was a carefully crafted facade churned out by Hollywood tabloids for the gullible masses of tourists.

Middle-age men seem particularly susceptible to this affliction. You see them in the hotel bars and on the golf course, acting as if this was their new lifestyle…forget the wife and kids at home. Vegas has little on this place for creating the tempting setting for such foolish behavior.
The irony, of course, is that old Palm Springs died a long time ago. It began its slow agonizing slide to complacency back in the late 60’s when the wise city fathers didn’t want any more development. Their actions or inactions pushed new developments down valley to the gated communities of Rancho Mirage and Palm Desert. It continued with the city’s outdated fashion mall and desperate clinging to old ideas and fading memories of its self-imposed glorious past.

Sonny Bono stopped the slide back in the 1970s and other mayors have since sought to define and then redefine what Palm Springs is supposed to be all about. There seem to be two schools of thought here. Both parties are sincere and fervent in their zeal.


The old guard, which consists mainly of old time residents, wants to keep Palm Springs a little village the way they imagined it was back in the 1950’s. They don’t want new development coming in and changing what they perceive to be the small town feel of Palm Springs.

But new development elsewhere has put enormous pressure on the city fathers to find a place, a brand and an image for Palm Springs that fits today’s modern standards for urban growth.

Despite the wishes of the traditionalists (old guard), Palm Springs is going through a metamorphosis of sorts. Despite the walk of the stars down Palm Canyon Drive and some of the other fading vestiges of old Hollywood, memories of that period in Hollywood history are fast fading among the younger crowds now flocking to the valley.

Now there is a new approach among the local progressives of blending the best of old Palm Springs with the newest development trends. These folks feel that Palm Springs must adapt with the times if the city is going to grow and prosper.

Measure J was the catalyst for just that growth. Measure J is a dedicated local revenue measure (tax) passed by voters in November 8th of 201. Its goal is to maintain local community services and revitalize downtown Palm Springs. It increased the local sales and use tax by 1%.  For all intents and purposes, Measure J seems to be justifying all of its hype. It has pumped new monies into the economy and shown clear concrete improvements around town.

And hype begets hype when it comes to building up a steady stream of favorable comments about the city and its environs. New restaurants and shops are opening. New hotels or refurbished ones are coming on line. Along with a strong post-recession rebound, there seems to be a definite movement in the right economic direction. 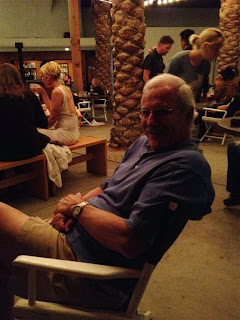 Interestingly enough, one of the first groups to rediscover the allure of Palm Springs were the post-hippies and bohemians of the New Age. West coast hipsters decided that Palm Springs suited their taste for art and design and open-mindedness. Having the Coachella Festival down the valley didn’t hurt the city’s image among the younger set either. Nor did the Palm Springs International Film Festival, Modernism Week, Stagecoach Music Festival, El Paseo, Indian Canyons, Sunnylands, the Aerial Tramway, over 48 sanctioned golf courses and a bazillion swimming pools. 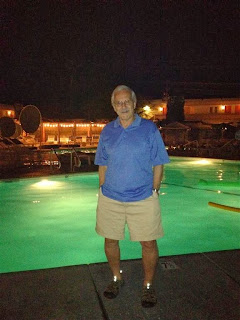 As I mentioned in my blog Christmas Redux, these hipsters have taken a little different approach than my hippies of the sixties but their intent is still the same.

Palm Springs is an open-minded town that pretty much lets everyone do their own thing. Even if it means acting silly on vacation and indulging in the more pleasurable things in life. But isn’t that what our short time on this earth should be about?