My Third Place is Hide and Seek


Communal gathering spots have never held much interest for me. I don’t find inspiration in crowded coffee shops or large arenas. Some would argue that these social gathering spots are the anchor of community life and as such facilitate and foster interpersonal interaction and group consensus. That may be true for the majority of folks but not all of us.

Aside from home (often referred to as one’s first place and the workplace (often referred to as the second place), many folks have a third place or third space for their social gatherings. It’s where they go to socialize among like-minded souls of a similar bent. But my experience has been that group mindset can be wrong as often as it is right. Like-minded souls can still foster perpetuate group-think no matter the logic.

I’ve always been suspicious of going with the flow if for no other reason than the fact that alternate views can often be so much more stimulating. Or perhaps I just chose to make up my own mind.

My prejudice toward the ‘old men at the coffee shop’ is legendary. I’ve come to see those old codgers as relics well past their prime who seem to be unhappy with anything and everything around them. They talk ‘at’ one another but never ‘to’ one another. They listen only to the extent that they are waiting for a chance to butt in. There are seldom any new ideas exchanged. It’s just the same old same old rehashed and regurgitated back out again. This may not be a fair criticism but I have yet to find any example to prove me wrong.

Probably my greatest criticism against group-think is the absence of fresh thoughts and ideas. I need a third place to find my inspiration. What I keep looking for are those pockets of time and place that lend themselves to creativity.

Many folks think that creativity comes from chaining oneself to their desk and just focusing on the computer screen until inspiration hits. Nothing could be further from the truth. It’s moments like that when you need to escape your present reality and create a new one. You need to do anything and everything to distract yourself from the task ahead. By unchaining your mind from the restraint of forced thought, you unleash your subconscious powers. Einstein is quoted as saying that “Creativity is the residue of time wasted.”

Jonah Lehrer, who was recently fired from the New Yorker for making up quotes from Bob Dylan, has nevertheless written an interesting book entitled: “Imagine: How Creativity Works.”

Dylan’s moment of insight came out of the blue when he least expected it. Yet I would argue that, in fact, he had set himself up for something new to happen simply by stepping away from the old familiar and exposing himself to something new. 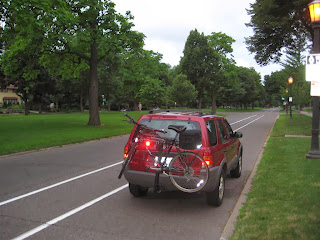 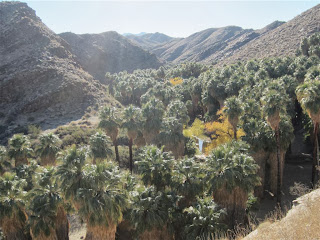 For myself, it might be on a long distance run, a multi-city bike tour, Hiking the canyons around Palm Springs, a quiet coffee shop or my own morning coffee ritual on the patio. It might even be at the library reading magazines or looking at a picture book.

My ‘third place’ is that neutral ground where I can get away from my roles at home, with the kids, the grandkids, friends and associates and just get to be myself. It is a state of mind located almost anywhere but the old familiar. It can be the high desert, the ocean or the mountains surrounding Palm Springs. Anyplace I can hunker down with my reading or writing material.

It’s that cauldron of unexplainable unexpected elements that come together and become a recipe for creative thought. More often than not, it’s totally unplanned. It might be a song I’ve heard for umpteen times but all of a sudden an image appears in my minds-eye and a story is suddenly born.

Fortunately, inspiration can be found anywhere and everywhere my mind finds it. It’s not the shell but the contents that fascinates me the most. It’s anyplace I can explore, investigate, probe or visit that becomes ripe for creative interpretation. It can often be in the most vapid, esoteric works of art. The non-digital, unplugged works of art fascinate me the most. Over time I’ve come to realize that my ‘third place’ can be found in books and film and music. More often than not, literature of almost any kind takes precedence of other forms of stimulation. 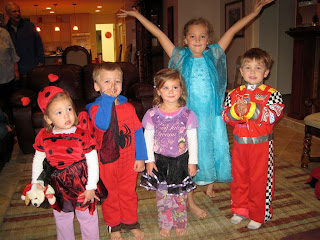 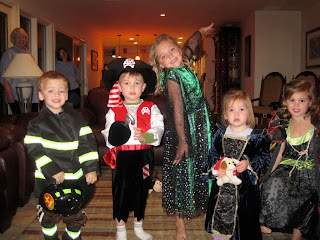 But the best place for my imagination to run wild with my grandchildren. Unencumbered by monetary and social restraints, we’re free to pretend to our hearts content. I’m perfectly adapted to such silliness as I proudly attested to in RidingShotgun with Peter Pan. The old adage of ‘acting your age’ doesn’t apply here. 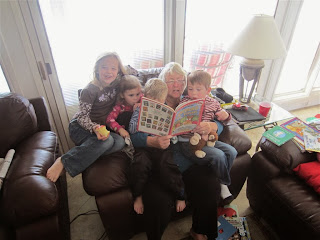 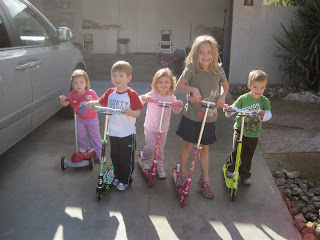 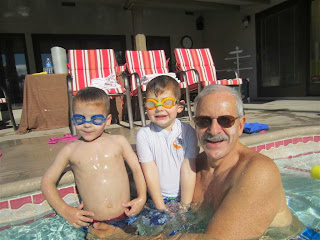 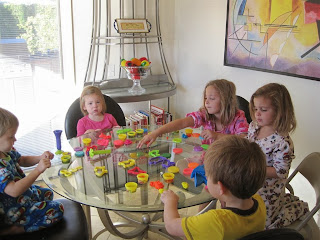 I’ve engaged with my grandchildren here and in Colorado in silly, nonsensical play of every kind. We’ve flown to the moon and chased pirates across the living room floor. We’ve hidden under a blanket and told scary stories. We’ve gone snipe-hunting on a golf course at night and heard bears and lions and elephants all around us. We’ve chased sharks around the pool and dove for treasure lying on the bottom there. We’ve engaged in a hundred thousand silly unremarkable exercises of horse-play and pretend skits that expanded and grew and nurtured and matured their imagination when they weren’t looking.

Creativity came under a blanket of stars and on the top of the San Jacinto’s. It came in a handful of squished play dough and scratched across a piece of paper. It came anytime and every time silliness and ‘why not’ was left free to run with wild abandon.

We went day-dreaming in the middle of the day and found inspiration there. Tall tales kept bursting forth from the little people there. It set my mind to wondering… 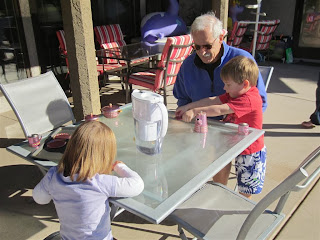 And even an old codger can learn from the most uninhibited of us all.
Posted by Author Denis J. LaComb at 10:00 AM