Women are Smarter than Men


I’ve always had this thing for brainy women. But it turns out I had no idea what I was getting myself into a lifetime ago. Years of confusion just because I was attracted to this strange species which only recently I discovered actually had a name attached to it.

Now I’m not talking about a woman’s intellectual capacity. That’s a given between the two genders. What I’m talking about is an intuitive second-nature that seems so natural for many of the women I knew and still know today. It’s an understanding of how the world works that sometimes escapes many of the men I know…myself included.

I think it’s in their genes. Perhaps some kind of ancient biological metamorphosis that rendered women better able to process life’s intricacies and then somehow translate them into something that actually makes sense. It’s a skill that not a lot of men possess. Men are too logical and rational. We’re too black and white. The grays get it more often than not.

Like the women presently in my life, I’ve been most fortunate to have had interesting women woven through my past lives. Now I find after all these years there is actually a name for these special kind of women…. Alpha females, who knew?

On the Urban Dictionary web site, the definition of an alpha female is the dominant female in a group. She is intelligent, an intellectual problem solver and a hard worker as well as often busy. Yep, that pretty much describes those women I’ve known and still know today.

I stumbled across another site called Askmen.com. The site had a list of “Six signs that you’re dating an alpha female.” OMG…reading it was like discovering your own Myers-Briggs Personality Profile for the first time. Suddenly a light bulb goes off and many of those incidents, events and actions and reactions on her part actually make sense now…at least from her point of view.

Talk about eye-opening. Where was that information fifty plus years ago when I thought dating was like dancing though a field of clover and it was actually a minefield instead. Right from the beginning the roles were reversed. It wasn’t a fair contest and I didn’t even know it.

You’d think that after stumbling through high school (dating a girl who eventually married a doctor) I would have learned my lesson and dated safer women. Not a chance, the woman I dated in college finished school in three years and ended up marrying a fellow who became department chair at one of the service academies.

Undaunted, I continued my quest and kept seeking out stimulating women whose company I enjoyed…even if they were a challenge sometimes. So what happened to that unsuspecting lamb? I ended up marrying the leader of the pack. Her upbringing and background qualify her for such status as I tried to document in The Girl with Seven Suede Jackets.

I’m not ashamed to admit that my wife is right about most things 90% of the time. Of course, she would claim 100% all of the time but that’s just her personality.

Does it bother me? Yes and no.

No, it doesn’t bother me. The advice I get is heart-felt and usually right on the money. The advice is free and plentiful. Well, not exactly free, I’m married to it and it is OUR money.

Yes, of course, it bothers me.

Its tiring having your spouse always be right. It can be irritating at times especially when the obvious is presented as so rational and logical that only a fool wouldn’t be able to grasp it the first time around.

I’ve known enough women to never underestimate their intuitive nature and their ability to see the obvious even if it’s well camouflaged to most men. That’s what I was trying to say in The Dutiful Wife. That women are inherently more intuitive than most men and shouldn’t have to apologize for that.

Smart, brainy women are a cut above the rest and that’s why they populate most of my novels and screenplays. They’re simply more interesting characters with a depth and richness that is fun to mine. 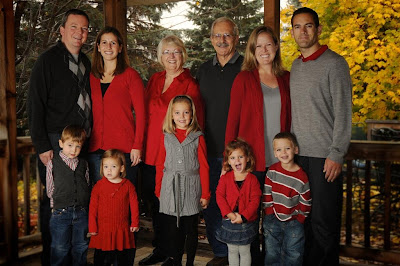 My wife, daughter and daughter-in-law are among some of the smartest women I know. But even before that I had a thing for women who could hold their own in conversation and life. My weakness continues to this day. I’m still surrounded by smart, intuitive women and I love it.
My wife likes to pontificate that if men were smarter they’d realize that just the smallest of gestures made without any specific purpose or goal in mind is a million times more effective than the expected holiday gift or birthday offering. If men knew or just understood that simple fact, they could get just about anything they wanted.

Yeah, I would agree…except if it’s that simple how come it’s so hard to do?

I have a good friend who is just coming out with a new book on love. It’s entitled “I’m in Love. Am I Crazy.” She’s got an interesting take on the whole subject of love. It’s not a clinical approach but rather an intuitive approach. Her preface spells it pretty well.


Several years ago, I ran across an article entitled, “Even Neanderthals Get the Blues” by Russell Banks. It was a humorous article about how men are a different species of hominid than women. He goes on to state that men are much more like the now extinct Neanderthals with their redundant upper body strength, roughly delineated facial features and abundant body hair. Women are more like Cro-Magnons with their smooth skin and elegantly proportioned bodies.


He points out how behaviors are also different. Men express frustration and disappointment by making loud noises and pounding their hairy chests, while women admit they have “issues” and seek advice from their friends.
About 35,000 years ago the Cro-Magnons outsmarted the Neanderthals, and in my humble opinion, nothing much has changed. He chases after you until you catch him.

I saved this tongue-in-cheek Neanderthal article and added it to my huge file of tidbits, facts and stories on the subject of romantic love. I find the process of “falling in love” fascinating and mysterious.

Love has been the theme of humankind’s most passionate operas, plays, novels, poetry, songs, sculptures and paintings. Romantic love has filled our lives with beauty and joy. But when our love is scorned, our feelings can become excruciatingly painful and bring out our worst behaviors even self- destruction and murder.

I will share with you some bizarre true stories that show just how powerful our perception, attitude and brain chemicals are, in controlling our behavior.

Although, we now have the scientific technology to study our brain and our blood when we are “in love”, we can’t even begin to answer questions like: How can we tell the difference between love and lust at the beginning of the relationship? Will our love at first sight last? How important is good sex to the scheme of things? Can we fall back “in love” when we’ve fallen out of love?

In my search to find answers I have read a variety of sources, and I have interviewed hundreds of women young and old, both formally and casually. Every time I thought I’d found an answer, I’d find an exception.

In the beginning chapter I will attempt to explain how the first stage of romantic love eventually morphs into something different. If you have chosen a partner that recognizes you as unique and valuable and treats you with respect, you will gain strength and courage you didn’t know you had. But if your partner is selfish and grasping, it will limit your potential and undermine your self-confidence. I have experienced both kinds of men. It is easy for a woman “in love” to mistake control for caring.


The intention of this book is to help you be more aware of all the light and dark places love can take you, and that this awareness will help you make better choices.


Now that my granddaughters are growing up and while I know I sound like a doting grandfather waxing poetically about his kin, I can see that they are all very bright and strong-willed. It would not be a stretch to say they are becoming true alpha females, all three of them. I’ve already gone off on that topic in Constant Charlotte. 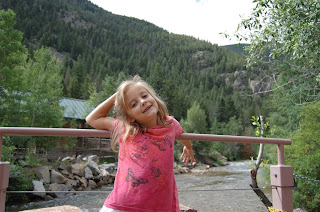 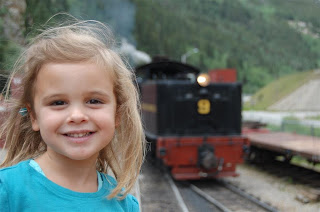 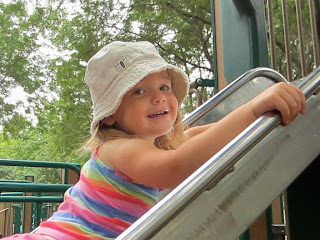 No, I don’t think so. It took me a lifetime to figure out those kind of women and I’m still working at it.

They’re going to have to figure it out for themselves.

When she stopped conforming to the conventional picture


of femininity she finally began to enjoy being a woman.
-Betty Friedan

I don’t need a man to rectify my existence. The most profound


relationship we’ll ever have is the one with ourselves.
-Shirley McLaine
Posted by Author Denis J. LaComb at 11:27 AM