I’ve been carrying on this love affair most of my life. Well, at least starting in grade school. She was a true blue-blood American. No surprise there since my world didn’t really exist beyond the boundaries of my Saint Paul neighborhood. I think we were first introduced on my eighth birthday

Unfortunately, she was rather large and chunky. She even had a funny name. Our affair lasted until eighth grade when other forms of distractions took my mind away from such childish behavior. There wasn’t a lot of emotion attached to her so I wasn’t really sorry to see her go.

My second affair began when I was about twenty-one. By then I was old enough to know better but still brazen enough to think I could handle another love. I did much better this second time around. She was so different from my first. She was French. She was lean and light and moved like a gazelle. She had a very strong and powerful presence about her. I could pronounce her name even if I couldn’t spell it. This second time around, I was truly smitten and real emotion was involved.

That second affair has lasted a lifetime. Granted, my partners have changed over the years but the sheer joy of the act never gets old…even at my age.

My first affair was with a Huffy. The name was so appropriate because without constant practice riding her was just an exercise in huffing and buffing your way up and down the hills. It was more like maneuvering a pachyderm without the elevation. Besides, I always thought she had a sissy name. The cool kids all rode Schwinn’s. Who wants to ride a bicycle named Huffy even in third grade? Melted down today, there would probably be enough heavy metal in her to build a light cruiser.

My second beauty was named Peugeot. A French racing bike that lived up to its reputation in the Tour De France and other international bicycle racing events. Not that I ever got to that level. But it did take me on my first century and my second Tram. The first was a hundred mile bike ride in one day. The second was ‘balls to the walls’ ‘hauling derriere’ across the state of Minnesota and loving every hilly mile of it. My son and I covered over 500 miles in less than six days. 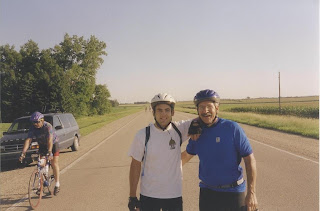 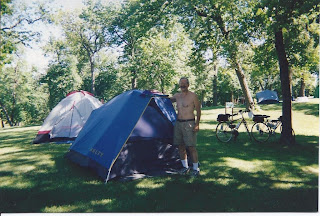 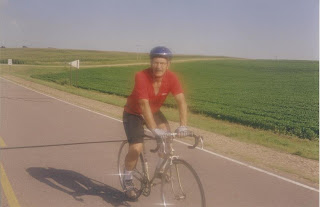 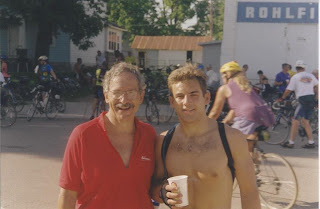 At one time, I had a respectable stable of bicycles. I had two road bikes, a mountain bike and a hybrid/city bike plus a couple more bikes in Palm Springs. But one of my racing bikes eloped, went to Denver and never came back. Now my son has his own love affair going on with bicycles.

But I’ve still got my old Peugeot, a mountain bike and my old reliable hybrid/city bike. And, of course, a city bike in Palm Springs equipped with saddle bags for grocery shopping and garage-sailing, as well as long distance rides
. 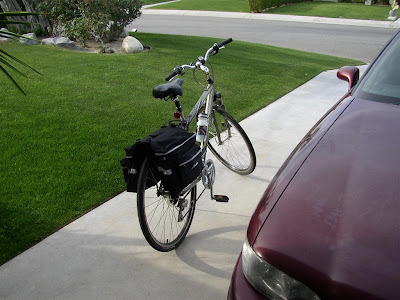 But road bikes aren’t the only game in town. My hybrid or city bike has taken me on long trips riding the length and breadth of Palm Springs and the Coachella Valley. It’s taken me on long rides throughout Minneapolis and Saint Paul, discovering parts of the city I never knew existed other than from glimpses on the freeway overpass.

My city rides are always the most fun. They usually begin on Summit Avenue very early on a Saturday morning. The first stop is coffee and breakfast at a coffee shop in the Longfellow neighborhood of South Minneapolis. Then it’s off to see the world for at least that Saturday morning.

I used to find inner peace and tranquility on my long distance runs. Once on the road, I was oblivious to my surroundings and awash with thoughts that flowed easily in and out of my mind. It was all about getting lost mentally and often physically and not really caring. 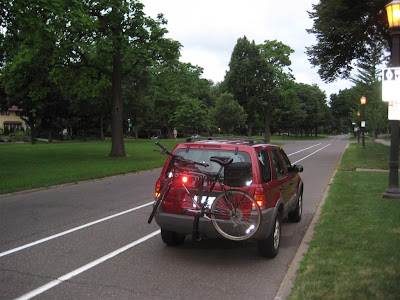 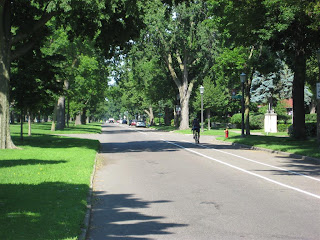 My bike rides now perform the same function. They have become a total disengagement from my so-called real world and have taken me into a state of just being at one with nature. Some would argue that melancholy is incompatible with cycling. It is a kind of meditation on wheels. It’s a free flowing form of yoga that keeps my surroundings swirling in my peripheral vision and yet allows me to be unaware of it at the same time. 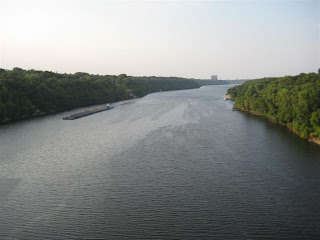 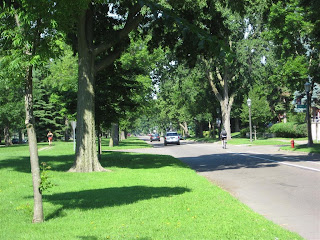 It is tapping into the spiritual side of my being which, in turn, opens a floodgate of thoughts and ideas and visions. This avalanche of images is often captured by my tape recorder and ends up as treatment ideas, dialogue, scenes and story content. It is a magical, mystical wondrous experience that never ceases to amaze me with its power. 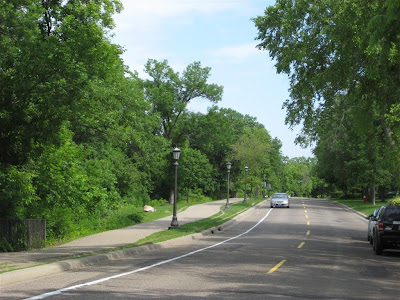 Apparently I’m not alone in my love affair with biking and other activities bicycle-related.  I always go to two web sites on bicycles with my early morning coffee. The first is called Momentum. It’s a web site that focuses on bicycles as transportation.

The second is called Cycle Chic from Danmark. Many experts agree that it really was the catalyst for the whole bicycle movement that is now growing by leaps and bounds in most cities.  The site focuses on bicycles as a fashion statement among other things.

There are a plethora of other sites that cover bicycle-related items
Velojoy
NYTimes article: End of the car culture

This life-long interest in biking has spilled over into my writing. My first screenplay, now in its second revision stage, is called Trans Con.  It involves two individuals caught up at crisis points in their lives while they are in the middle of nowhere, America, crossing the country on their bicycles. I’m looking for a producer to help me produce the movie.

All five of my grandchildren are riding bikes. Charlotte was the last to learn but with her prodigious appetite for besting the others, I expect she will be sprinting ahead of the pack in no time at all.

I may eventually end up in some sag wagon following behind the gang of five as they fade into the distance. But that’s alright.

Seeing them in the midst of their own love affair will bring joy to my heart…as it has for all these many years.
Posted by Author Denis J. LaComb at 11:00 AM