Going Back into the A Shau

There are many ways to die in the A Shau (pronounced A-Shaw) Valley in South Vietnam. It could be a clean shot from a sniper, a slow painful death from a poison bunji stake or the instant flash and demise from a claymore mine. I survived a number of firefights and battles in the A Shau Valley but now it looks as if I may have to go back there one more time.

It wasn’t supposed to be that way… or so I thought. After writing “Love in the A Shau,” I assumed I had put that part of my fictional past behind me. I thought I was done falling in love freshman year, feeling the exhilaration and angst of that first romantic entanglement, harboring wonderful fantasies of our future together and ultimately experiencing the painful realization that it wasn’t meant to be.

I thought I was done reliving that long, monotonous bus ride from Minnesota down to boot camp at Fort Leonard Wood Missouri. A reflective ride in the middle of the night when my sweetheart and all my friends were safely ensconced in their beds, dreaming of a bright collegiate future ahead of them. 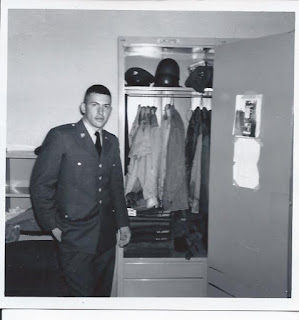 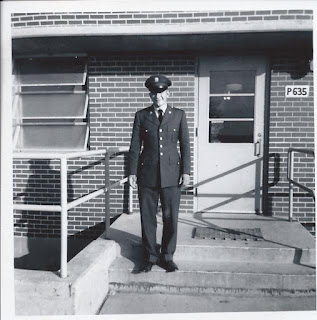 But much to my surprise and chagrin, my journey as author and protagonist wasn’t over yet. For reasons that gradually began build in my subconscious, I slowly came to realize that I had to return to the A Shau and rewrite the story there. My journey back in time wasn’t over yet.

And I’m very grateful for that.

With the advent of POD (print on demand) and the help of several very talented associates, I am now able to go back to change, edit, improve and hopefully enhance the story of Daniel and Colleen in “Love in the A Shau.”

It will be labeled as the second edition and I think the changes will be subtle enough as to not rob my first readers with any changes that resemble a different storyline. But it will resolve my desire to make improvements that bring final closure to this story.

Since the first publication of my novel “Love in the A Shau” last fall, the feedback I’ve received has been encouraging but also surprising at times. Overall, there seemed to be two consistent messages from all the comments I’ve received.

Readers loved the segments on Vietnam. This was especially surprising coming from my female readers. I worried that the graphic descriptions of war and the profanity of military talk would turn off my female readers.  I feared they might see it as just gratuitous profanity used for shock value. But the opposite was true. As one friend mentioned out to me, quite pointedly. “Oh, come on, Denis, give us credit. We’re much smarter than that. We understand the violence of war and the profanity-laced dialogue that comes with the territory. It just added to the flavor of the moment and painted a vivid picture of the profound changes your protagonist was going through.”

Since then, I’ve found even more relevant bits of dialogue and details I’d like to add to the Vietnam segments if I were to do a rewrite.

But it was the second message that gave me pause. Most of the reviewers found the storyline interesting and quite engaging…after a while. The red flag for me as a storyteller was the comment: “after a while.”

They said the storyline was compelling…after the first section of the book which they found a bit slow. I was never able to pin-point exactly where the story began to pick up speed until a friend pointed out where she felt the story actually began to accelerate. So I finally had a roadmap for a rewrite. At that point, I decided that with the clear advantages of POD, I could, indeed, go back into the A Shau and correct those earlier writing flaws.

There were also a couple of segments I had deleted from the first edition that in retrospect, I wanted to put back into the second edition. With POD, it was a simple exercise in rewriting those segments that needed work, adding those segments that had been left out, changing some font sizes and including a quote that struck me as timely and relevant.

“In war, there are no unwounded soldiers.”

It might be a tough trip back because I tend to get very vested into my characters. Yet it’s not often that I get to go back in time and revisit the bloody battlefield and detail the death and gore and dying all for the sake of adding realism to that moment in time.

Or to go back on campus and enumerate the enounces of campus life where most of the women
were virgins and manual dexterity with the boys didn’t refer to their working on cars.

And re-examine a love lost amid the dissipation of fragmented moments and changing personalities. Proving once again that in fiction you really can go back to what once was and change it for the better. It’ll be an interesting journey back in time once again. But I think the journey will be well worth the effort if I can keep my fear of dying in battle and conflicting emotions of love in tack.

In the end, reality is a lot more realistic.

Just not as interesting.