I Got to Play Cowboy Today 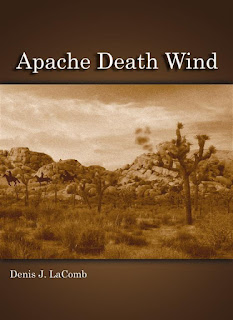 When I was growing up and we were very poor, my mother would give me the choice between a Saturday matinee western movie or a comic book. Both cost about ten cents each.

I went for the movie almost every time. The comic book would have lasted longer but it wasn’t as exciting as living out my fantasies for a couple of hours in some dark and cavernous theater with a lot of other overly imaginative youngsters. Nothing much has changed since then.

Aside from some of the classics by John Ford or Sam Peckinpah and a few other masters of their genre, most western movies back in the 50s and 60s didn’t really represent the true west. Even as a youngster back then, I think I could sense the Hollywood magic behind the war paint façade.

Later on, as I developed a fascination with the old west, I began to read some of the masters like Clay Fisher and Larry McMurty. I tried to understand what it was really like back then. I treasured movies such as Red River, The Searchers, the Fort Apache trilogy, Jeremiah Johnson and a few select classics. And I often wondered back then if I could ever tell such a tale.

This western novel was my first attempt at recapturing that period in American history when there were no straight forward good guys and bad guys. When the Apaches weren’t mean or evil, just a small indigenous race trying to protect what had always been their way of living.

After struggling for over a year on that type-written, white-out manuscript, I finally finished my story and then promptly shelved it and began a second Western just to see if I could do it all over again. I completed the second novel a year later. That second Western was also shelved and, despite my wife’s urgings that I at least explore publication, I forgot about my venture out west and went back to my life on the east coast.

It was years later, thirty-nine to be exact, after I had phased out my video production business that I began looking for something else to do with the rest of my life. I thought about my first novel and pulled it out of a dusty desk drawer. I had my answer.

Without any real idea of what I’d do with that relic, I had those old tired pages transferred to a floppy disc and began my journey back in time to a place I had long since forgotten. It had taken me years to return out west but it was worth the wait.

Much to my chagrin, I found the story actually held its own and the characters still resonated with me after all those years. I rewrote the story, added a lot more period details, refined the characters personalities, cut out the well-written but unnecessary sequences and ended up with a story that remained true to my original vision.

My second (soon to be self-published) novel, Apache Death Wind, was first called Renegade Rider and then Apache Smoke before I found a name that hadn’t already been taken. So I bought the domain name of Apache Death Wind.com and I can only hope the title lives up to the storyline. I think it does.

What I experienced in writing, and then rewriting of that western tale, was a transformation from east coast storyteller to Midwestern yarn-spinner to west coast reporter. By the time I was safely ensconced in my office in Palm Springs, I was finalizing a story that  began in Reisterstown, Maryland, found refinement and clarity in Apple Valley, Minnesota and finally reached its conclusion under the San Jacintos in my back yard.

Yet each step of the way I found myself riding alongside my hero and dodging Apache arrows just as he did. I was that drifter, lost and confused in a changing world after the war. Like my hero, I still hadn’t shaken off the troubling memories of the Civil War or the deep feelings that fiery Red-head stirred up in my head and heart.

And in much the same manner that I found myself mentally and emotionally transposed back on campus in the mid-sixties with ‘Love in the A Shau’, ‘Apache Death Wind’ found me high atop a saddle, peering over a vast wasteland of desert and rock, always on guard for prowling Apache war parties. I could feel the sweat pooling around my neck and smell the rank clothing on my back. I could taste the warm brackish water from my canteen, all the while sensing the threat of death coming from a dozen different ambush spots.

The characters back then may have spoken a little differently than my twenty-year olds who were ruminating on about Vietnam and Iron Butterfly and Carnaby Street but their cares and concerns shared much the same vernacular. And the emotions evoked by my western characters echoed those of Daniel and Colleen. So give or take a hundred years, nothing much had changed between a man and a woman. Or the good guys vs. the bad guys.

Charlotte was different from Colleen yet both shared a multitude of personality traits, good and bad.

Jeb Burns wasn’t Daniel, not by a long shot. Still both shared a vision of redemption and peace in their soul.

It was a very long journey both in terms of time and commitment but worthwhile nevertheless. I have no idea if there’s a sequel in the distance for that first western.  But it does look promising. I already have a twenty page treatment that picks up where the characters ended their tale.

So between blogging and manuscripts under construction and play-making, I just might find myself back in the saddle again.
Posted by Author Denis J. LaComb at 11:07 AM