Adventures of Sugar and Pequeño 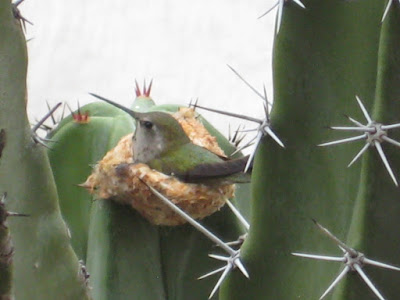 Over the years, Sharon and I have discovered we have a bit of a menagerie here in the desert. This assortment of curious critters ranges from the ever-elusive road runner to egrets, amorous bunnies, high-flying hawks and crows, bold coyotes, an occasional bobcat and lots of hummingbirds. 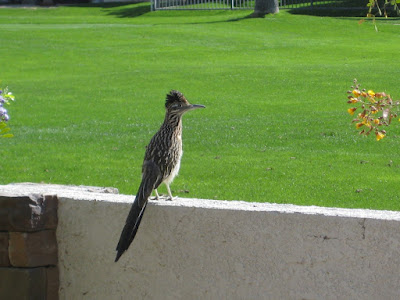 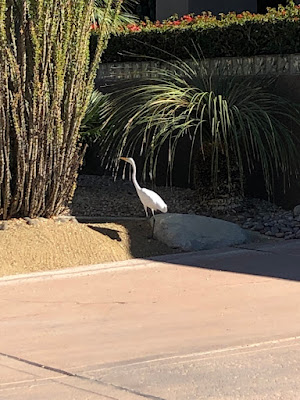 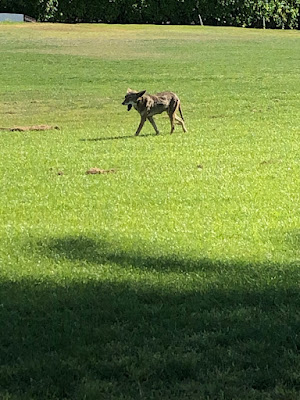 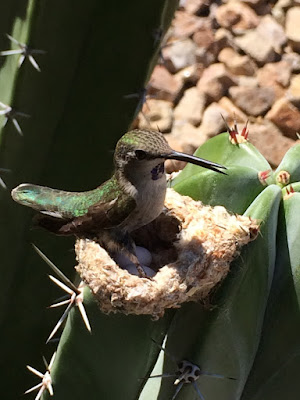 Wikipedia does a great job of describing our fascinating aerial interlopers:

‘Hummingbirds are birds native to the Americas and comprise the biological family Trochilidae. With about 360 species, they occur from Alaska to Tierra del Fuego, but the vast majority of the species are found in the tropics. They are small birds, with most species measuring 7.5–13 cm (3–5 in) in length. The smallest extant hummingbird species is the 5 cm (2.0 in) bee hummingbird, which weighs less than 2.0 g (0.07 oz). The largest hummingbird species is the 23 cm (9.1 in) giant hummingbird, weighing 18–24 grams (0.63–0.85 oz). They are specialized for feeding on flower nectar, but all species consume flying insects or spiders.

The common ancestor of extant hummingbirds is estimated to have lived 22 million years ago in South America. They are known as hummingbirds because of the humming sound created by their beating wings, which flap at high frequencies audible to humans. They hover in midair at rapid wing-flapping rates, which vary from around 12 beats per second in the largest species to around 80 per second in small hummingbirds. Of those species that have been measured during flying in wind tunnels, their top speeds exceed 15 m/s (54 km/h; 34 mph). During courtship, some male species dive from 30 metres (100 ft) of height above a female at speeds around 23 m/s (83 km/h; 51 mph)’.

In years past, our hummingbirds usually showed up around February or March when our flowers began to bloom. We would put out a couple of feeders but they never seemed to attract the small birds any earlier. 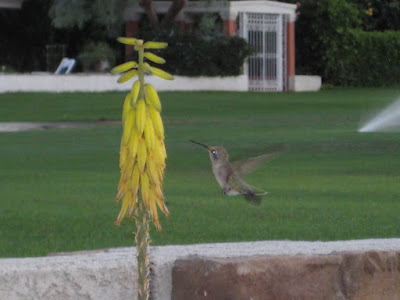 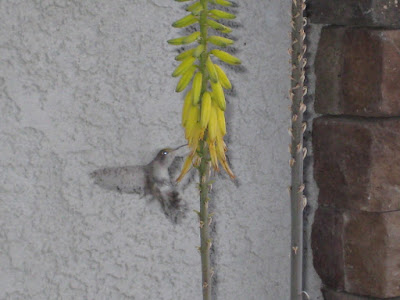 Eventually as we got used to the birds and they to us, Sharon and I began to pay more attention to those tiny elusive creatures. Then on day, we stumbled upon one of their nests in our front yard. For some strange reason a mother hummingbird decided that a cactus by our door was the perfect place to build a nest and start a family. 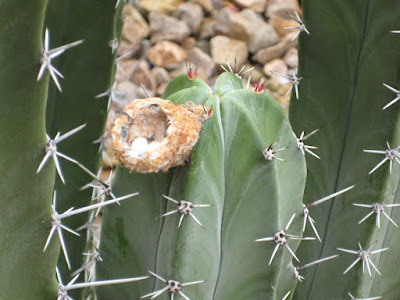 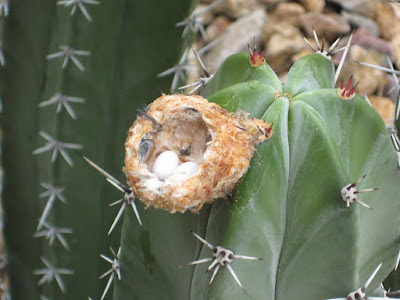 When we discovered the nest, it became a game hide and seek between us and mother. Either Sharon or her friend Linda would slowly, carefully slide up to the cactus and try to photograph mom and her babies. It became a game of cat and mouse or more appropriately, Sharon, her friend Linda and mother hummingbird. Both Sharon and Linda were dive-bombed several times when they got too close to the nest. But their efforts were worth it. 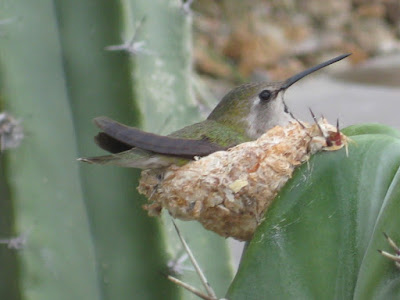 Then last summer we began to grow our extended family of hummingbirds in our backyard. In our absence, Linda spent a lot of time around our house, using our pool, working, reading and relaxing. She put up several hummingbird feeders and watched in amazement as a whole family of the tiny buzzing birds began to descend on our property. In short order, we had a family of more than a half dozen hummingbirds safely ensconced around our backyard. 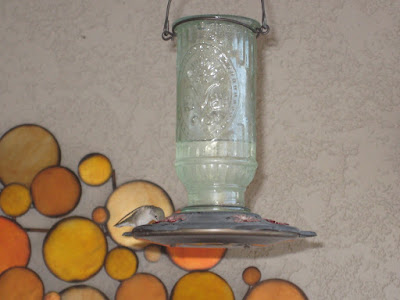 The year before, Charlotte had named one of the birds Sugar and that name stuck. So, it became a game of finding and identifying Sugar as the birds buzzed above our heads or sat on the outdoor fan and looked down on all of us. 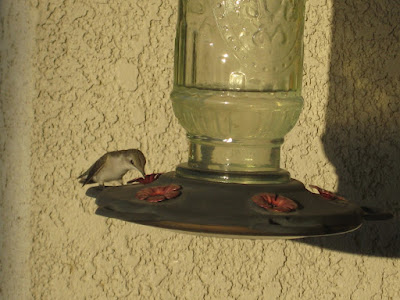 Linda decided to name one of the most beautiful birds of the group: Pequeño. This hummingbird has a beautiful vest of deep reflective purple that also quickly identified her as the most aggressive feeder closest to our back slider.

When the kids came here for Thanksgiving, Nana had finger food rings for each grandchild to wear in hopes of feeding the tiny birds. Maya was the most patient and she was able to capture on film and video, herself feeding Pequeño. 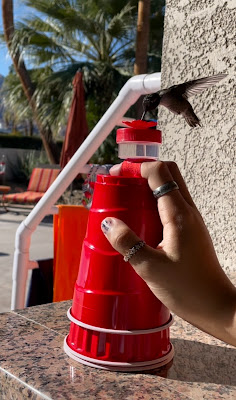 We were also able to capture a mother hummingbird feeding her newborn. It was a marvelous picture of nature and the bond between mother and her youngest offspring. Even in the bird world, some things never change.