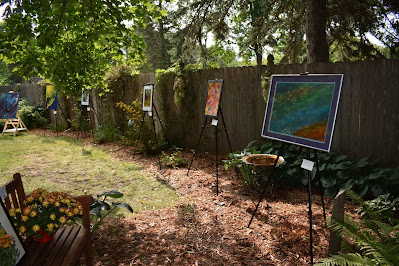 The idea started out simply enough. Sharon’s Apple Valley Rotary group wanted to do their yearly fund-raiser. In other years, the group had sold raffle tickets for a new car or staged other events to raise money. Now because of COVID-19, they decided to just ask for money to feed the hungry in town.

It was a noble idea but one wrought with a serious challenge. How do you go back to the same people each year asking for donations but this year with nothing in return other than a charitable write-off? There would be no car raffle, no trips, etc. Just ‘give me the money, please’ and that was that. 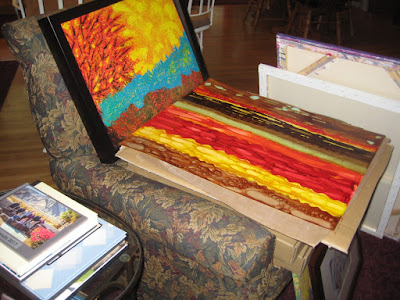 Sharon thought she had a better idea. After less than two years as a practicing artist, she had amassed a collection of well over 100 paintings, sketches, cards, etc. Why not sell those at a steep discount and donate ALL the proceeds toward the Apple Valley Rotary fund-raiser. We could stage it in our backyard, have masks for everyone who attended and a no-pressure opportunity to perhaps buy nice art at a deep discount and benefit the local food shelf at the same time. 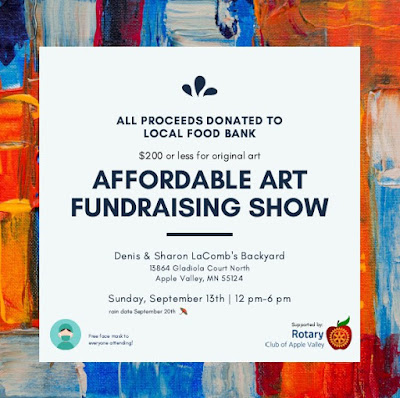 Thus was born a month of hurried promotional mailings, framing or reframing dozens of pieces of art and organized chaos throughout our house. 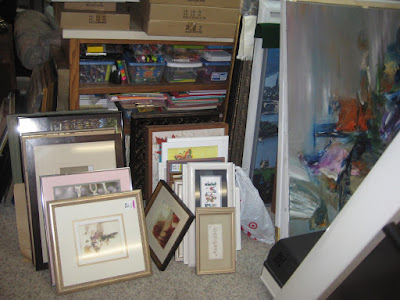 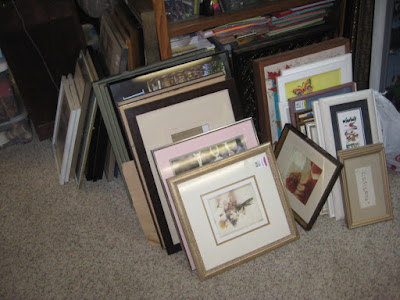 Sharon’s effort, over the last couple of years, to collect nice frames from garage sales, discount stores and other avenues provided her with a bounty of very expensive frames in which to showcase her paintings. 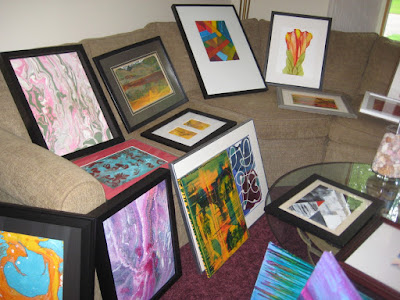 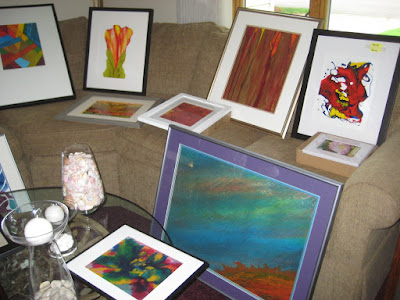 So the stockpiling began. First we lost our living room to works of art. Then the dining room table became a work space when high temps and humidity forced Sharon out of her art studio in the garage. Then the kitchen island and finally the counter space around the kitchen sink began to harbor tools and other devices of her trade. I drew the line on my office space and changed the locks just in case. 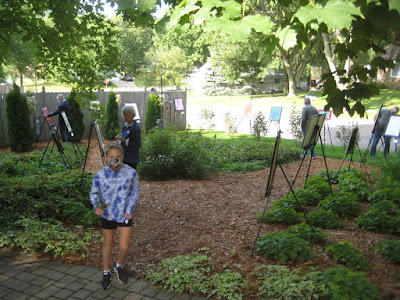 Of course, the outdoor setting had to be perfect or a close facsimile thereof. More ferns and hostas were planted. Two truckloads of mulch was delivered and laid out so that a nice walking path could be created among our groundcover, mulch garden, and back yard. 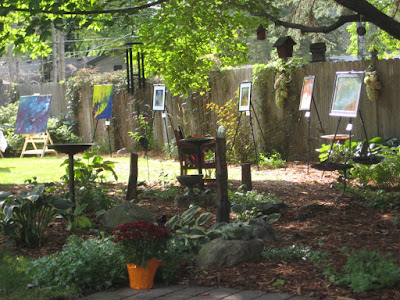 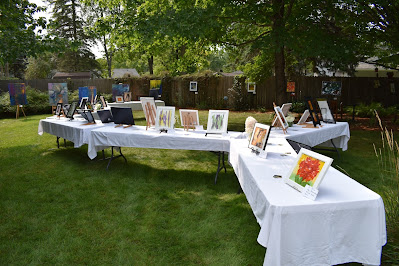 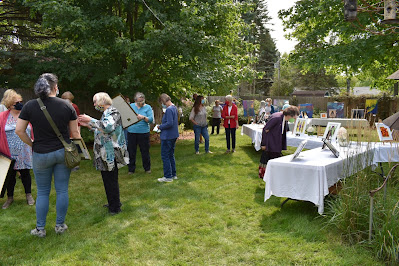 Sharon was very fortunate to have a fellow artist, Doris, help her prepare a lot of the art and display it as well. Other workers helped with the numerous easels, table displays, signage and the event itself. Out of the one hundred pieces of art displayed, ninety-two were created by Sharon. 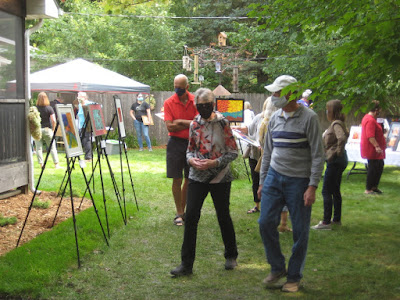 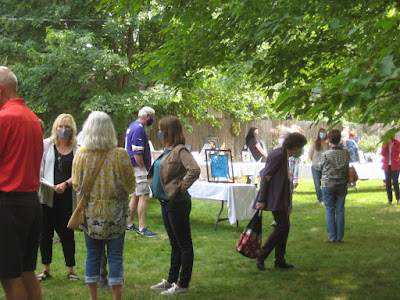 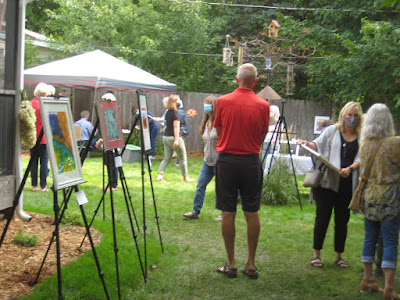 The show was a tremendous success. Sharon sold over 90 pieces of art out of 100 displayed. She earned over Ten Thousand Dollars ($10,000) for our local food shelves. In fact, she made over half of the total Apple Valley Rotary fund-raising goal for this year. 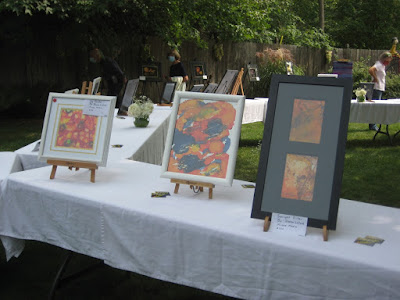 But most of all, Sharon solidified her new-found reputation as a legitimate artist. Not too shabby for an old retired VP just two years into the making of a whole new career.