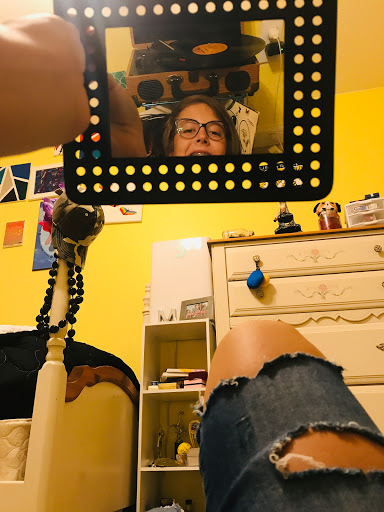 What goes around comes around. The world of music is no different. Sales of vinyl records have steadily increased since a couple of years ago when Sony Music Corporation decided to reissue old albums and produce new musical releases on vinyl.  The last time Sony made a vinyl record was 1989. One could certainly argue that this announcement is just one of a number of signs that the music industry is once again changing with the times and customer tastes. The younger generation has heard the siren call of the classics once again. 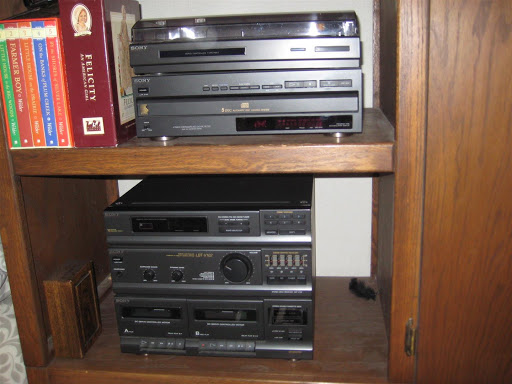 For those of us old timers who have been reluctant to give up our turntables, this felt like vindication of a sort. It was a kind of recognition that everything new isn’t necessarily better than the old tried and true. This is especially true when it comes to music. 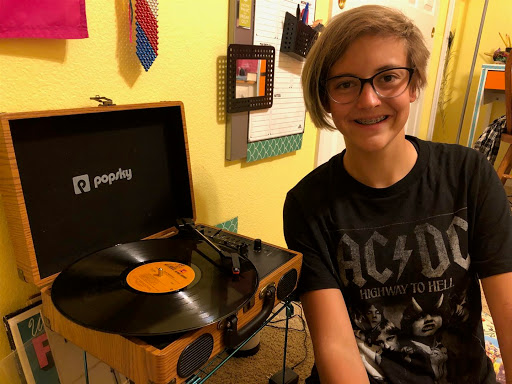 My eldest granddaughter Maya recently decided she wanted a new record player for her 14th birthday. I couldn’t have been prouder. Now I have an opportunity to introduce her to my kind of ‘classical music’ which I define as music from the 50s and 60s. Dated yes but still timely. 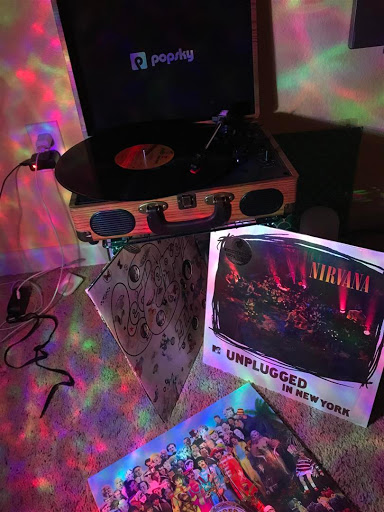 I immediately perused my own collection of vinyl and found several samples that I thought would give her a good exposure to the classics. 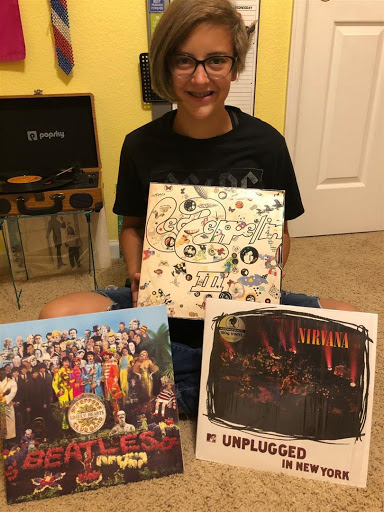 I had to laugh. Musical taste is a good example of that. I guess if you wait long enough, the old becomes new again or at least enjoys a resurgence of interest. My old collection of musical memories from the fifties and sixties, long sequestered to basement shelves, are garnering new attention. 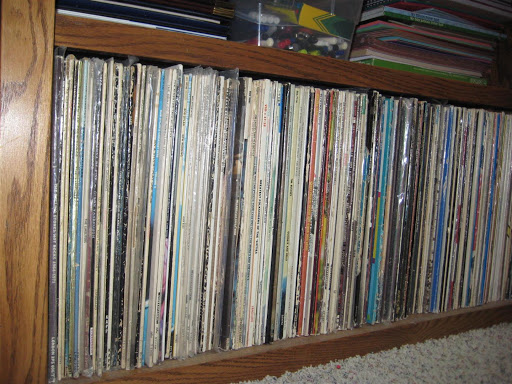 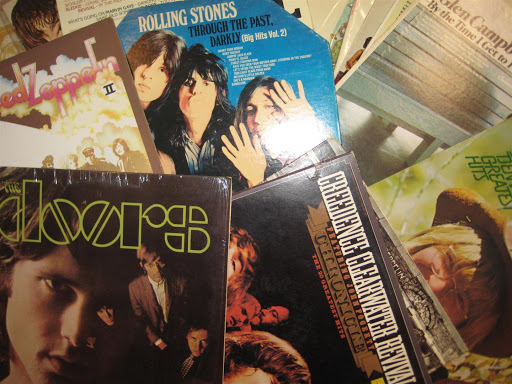 Traveling the back roads of one’s mind can be a geriatric benefit for people my age. Sometimes there is a tendency to revisit old people, places, and times with reflections and refractions that tend to meld into a soul-satisfying stroll down memory lane.

Vinyl can do just that. Having been down that road before, I can attest to the magic of vinyl and the old songs that take me back to yesteryear. Music has always been a huge part of my life and this renewal of interest in LPs (long playing records) just brings a smile to my face.

A while back, there was an article on the resurgence of vinyl records. The reporter did an interview with Bob Fuchs, general manager of the popular Minnesota record store, The Electric Fetus. It was a fascinating step back in time and remuneration of that popular phrase ‘what goes around comes around again.’ 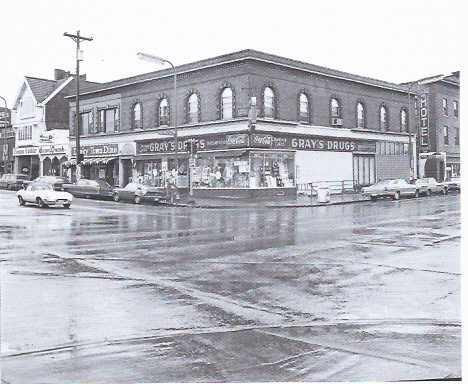 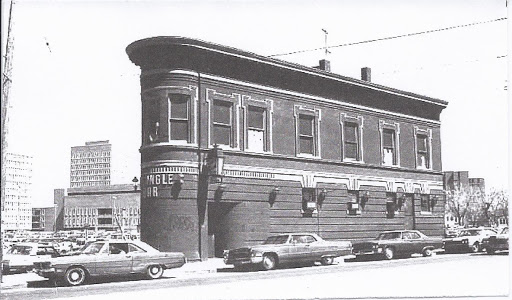 Back in the day when I was hanging out in Dinky Town and fantasizing about life while at the Triangle Bar, the Electric Fetus was my refuge from the storm of life. It was a magic place where overhead music played at a deafening roar and all kinds of wannabe hippies and many of the real ones crowded the narrow aisles flipping through the stacks of vinyl.

Bob’s interview offered a fascinating glimpse into the present day world of music and how just as things change some things remain the same. A longtime Minnesota music mainstay, Fuchs has seen it all firsthand in his 30 years in the business (he started in the record department in December 1987).

I’ve lifted several segments from that interview and want to give full credit to MinnPost for the article.*

First, Bob was asked about vinyl at the Electric Fetus.

The surprising thing to some people is we still sell CDs. They walk in and don’t even know that. They’re like, “I haven’t bought a CD in five or seven years!” We still sell twice as many CDs as LPs. Many people want physical media, whether it’s an LP or a CD. I play both every day.

Then Bob was asked about the ratio of new vinyl to used.

Bob Fuchs: Probably about twice as many used as new. In dollar amounts, new vinyl is much more expensive than most used vinyl. Most new LPs are between $17 and $25.

I think many people want to write vinyl off as a fad that’s coming back. But it was a staple for 50 to 60 years, and then there was a period of about 10 years when it wasn’t in vogue, and now it’s coming back again because of the experience.

People say they like the sound, but regardless of the quality of your musical reproduction system at home, it’s the experience. You tend to be more engaged. You sit down. You stay close. Your experience is heightened by all your senses. You’re listening, you’re reading, you’re looking, you’re appreciating art. So it’s more encompassing than just streaming a song. 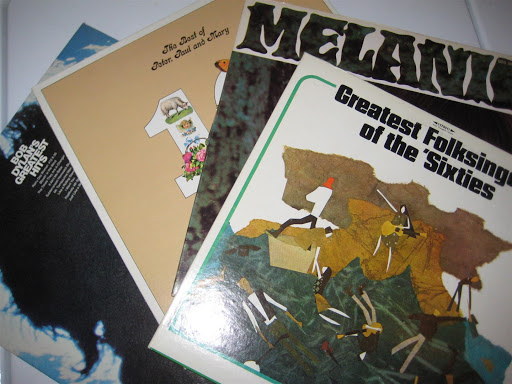 An LP is the ultimate cultural artifact for music. You’ve got liner notes. You’ve got lyrics. Oftentimes, you’ve got photography, artwork, information. It’s a stamp in time, and a physical presence. A gatefold LP is 2 feet by 1 foot. It’s like a book. Some people still prefer books.

One aspect about LPs that I just took for granted was the liner notes and artwork. Apparently, a lot of people weren’t so oblivious about such things.

Bob Fuchs: When you compare most packaging now to 15 to 20 years ago, there were a lot of budget productions back then. Simple jackets, thin paper. They were minimalist and sometimes cheap. Today, people are thinking – this is the ultimate packaging. Let’s make it a gatefold. Let’s use heavier-weight cardboard or paper. Let’s press on heavier vinyl. Many people have commented at the counter that LPs are really heavy. They don’t remember them being so heavy.

Then as an unintended salute to old people’s taste everywhere, Bob explained who is leading the charge back into vinyl.

Bob Fuchs: The single biggest thing I’ve noticed is the change in demographics. This whole revival has been pushed primarily, or at least initially and still very heavily, by people under 30. There’s a much higher percentage of women buying records than there were buying CDs or records previously. What stands out most for me is the number of young women who are buying records now. In my 30 years, I don’t ever remember that many young women in the store.

Vinyl to me was the sixties personified. It was Dinkytown, the Triangle Bar, West Bank, working all day at the Public Health Department and volunteering each night at KTCA public television. It was that stunning blond working as the evening receptionist, writing poetry, attending St. John Neumann with Susan and a very brief movie-making career.

It was slow growth growing up and pondering a whole bushel basket full of ‘what if’s’ and ‘why not?’ Vinyl brings it all back home. When the needle touches skin and the music begins, I am transported back in time to a much simpler time that was good and only got a lot better. 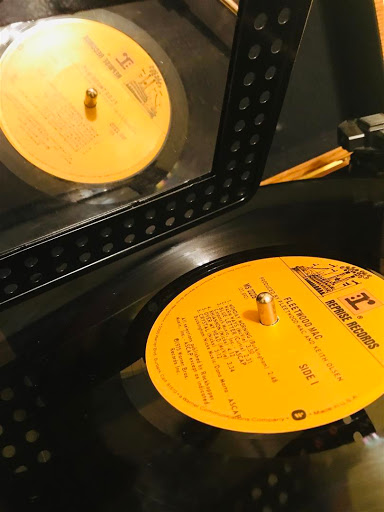 Now my eldest granddaughter gets to experience the same joy I have listening to those old records and the mind-pictures they paint in our heads.
*Portions of this interview with Bob Fuchs were taken from an article written by Ms. Pamela Espeland that appeared on the web site MinnPost on August 20th, 2017.
Posted by Author Denis J. LaComb at 12:00 AM

I loved your blog Denis! The love of vinyl and the joy of its resurgence is something many of us share. In the time of COVID, sharing passions, such as classic music, with the next generation is more important than ever. Write On! - Kristina Van Kirk