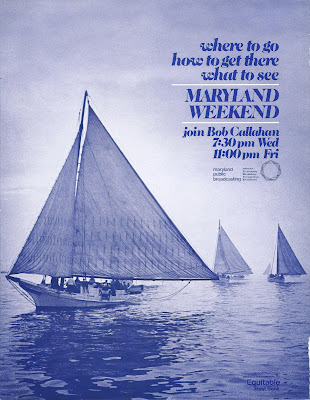 Some people are like homing pigeons. They find a comfortable niche and never want to leave it. The most noticeable example are folks raised in small towns who can’t wait to get out of Dodge then return to raise their families in the same environment they actually felt so fulfilling as children themselves. There is something intrinsic in their DNA that compels them to return to their roots.
Then there those who stay with a company or institution for the duration of their working career. It might be a comfortable situation, a pay grade they don’t want to give up, security, insecurity in the open marketplace or any other reason that keeps them tied to their desk and job title. 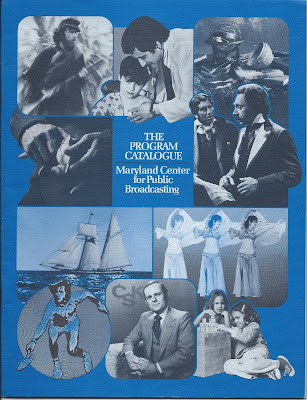 I’ve left a couple of great companies after several years of employment only because I found a slightly greener pasture across a different time zone. MCPB, The Maryland Center for Public Broadcasting was one of the best jobs I ever had. I absolutely loved it there but still the time came to move on. I guess there are just some of us who can’t sit still.
As the first public television station in the Twin Cities, KTCA seemed to have a grace period from roughly its inception in 1957 through the end of the Sixties. After that, management changes, staff departures and a shift in programming philosophy drained off the rough-hewn experimental, challenging directions we were going in. The station became a PBS affiliate and along with their wonderful new programming also came a uniformity and conformity that a lot of us early pioneers felt confining. So we left in drips and drabs and then we were gone. 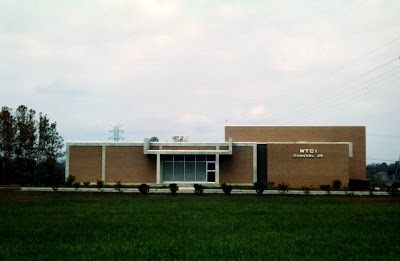 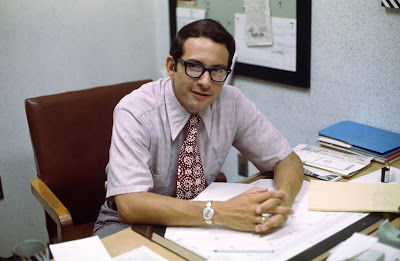 WTCI; the public television station in Chattanooga, Tennessee was just a blip on my career ladder. What can I say; it was the Deep South in the early Seventies and as one crew member said to me: “We don’t cotton much to Yankees telling us what to do.” He meant it and that pretty much sealed the deal for me. We made some wonderful friends down there; many of whom we still exchange Christmas cards. But for the most part, they continued growing cotton and I headed north. 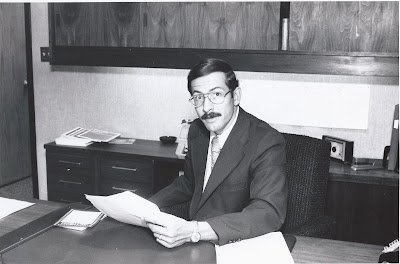 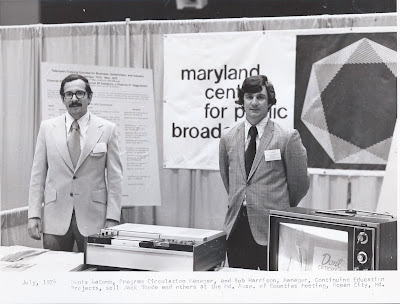 The Maryland Center for Public Broadcasting was probably one of my best jobs. Great institution, outstanding management, wonderful staff and crew, fulfilling job and the opportunity to explore much of the East Coast.
It was five years of firsts for me: First child born, first home purchased, first two novels written, first inkling to buy real estate and start my own business, my own program distribution business, first time I jogged three miles on a high school track and began forty-seven years of running. We lived the East Coast lifestyle and loved it. 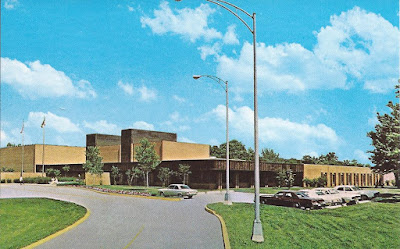 The MCPB Facebook web site talks about that period as ‘Camelot’ and to a lot of us past staffers, that’s exactly what it was…for a period of time. Then over time budgetary issues, management changes and a distillation of some of the creative staff changed the culture and thus the heart of the institution. Many stayed on. I left to return home and gradually, I’m told, Camelot began to fade away. At least that was my perspective from afar.
There were a few other companies, some brief and others extended, after MCPB. They all seemed to begin with a bang and then gradually morph into a sad reminder of what they once had been. It might have been a graduated calcification of the creativity that attracted me to them in the first place. It might have been the laurel-resting after their first blush of success. In the end it wasn’t the same environment that nurtured my hunger. Others felt contentment there. I felt hollowness behind the façade of past congratulations for a job well done. So I left. They continued on. I grew. I don’t think they did.
Sometimes education, city government and politics all share the same evasive value of being great one moment and in transition, the next. This is not a value judgment but rather a reflection of the innate character of those institutions. Many staffers learn to live with the fluidity of their environment or accept the reliable, constant that their lives have become. I could tolerate neither and thus moved on.
Sharon and I have evolved, changed, morphed and switched color palates many times in our lives together and each transition seemed to fit us at the moment. Then opportunity or circumstance nudged us down yet a different road again. 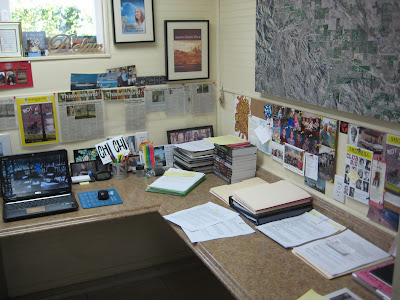 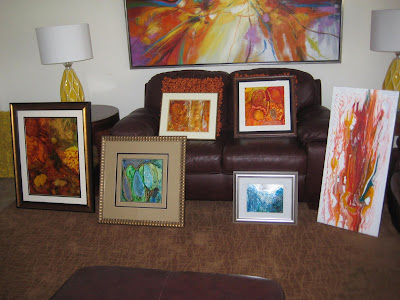 Now in lieu of retirement Sharon is an artist and I am a writer. It nurtures us and gives reason for the sunrise each morning.
Enough said.
Posted by Author Denis J. LaComb at 2:00 AM