Edge of Nowhere, North of Nothin 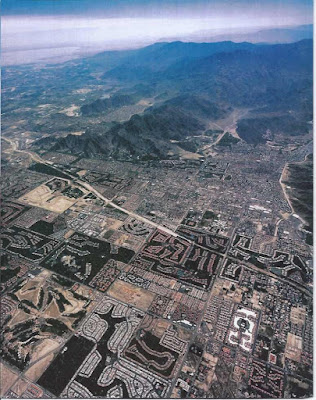 The Coachella Valley and its surrounding locales have always attracted an eclectic assortment of artists, musicians, painters and other veterans of the school of hard knocks. It’s a mecca for the rich, the famous and the enfranchised. A writer’s virtual chalkboard for any number of story lines.

Whether it’s the weather, the proximity to Los Angeles and San Francisco or the distance between it and the rest of the world, the valley and its surrounding high desert has always been a sanctuary for lost soul-searchers seeking the ultimate creative elixir.

Some chose to express themselves and show their wares in galleries in the valley or in the high desert. Others are off radar and like it that way. It’s as if there is another world just beneath the surface of shimmering pools, lush green golf courses and cloud-less aqua skies. Whispers come from the wastelands surrounding the Salton Sea as do siren calls from the high desert. Like a resistant drug, fatal attraction or sinful thought, it keeps drawing me back for more exploration. It is a world that offers the opposite of the known, contentment and comfortable.  I’m not sure why I’m drawn back to this world of outsiders, outcasts and screwed up ones. For the writer in me, it’s fertile ground for story-telling. For the oldster in me, it’s a grim reminder of a road not taken versus the one that brought me here today. 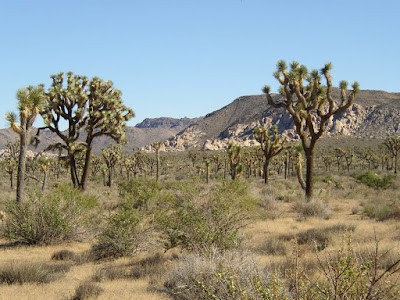 The high desert of the Morongo Valley, Yucca Valley and Joshua tree continue to attract musicians now as it has since the turn of the century. Far from the crystal clear pools of Palm Springs and its emerald green golf courses lies another world of vast nothingness peppered with the sad remnants of past lives. It’s a place where stillness thunders louder than the wind and God did some of his finest paintings. A vast virtual sound studio for the creative musician. 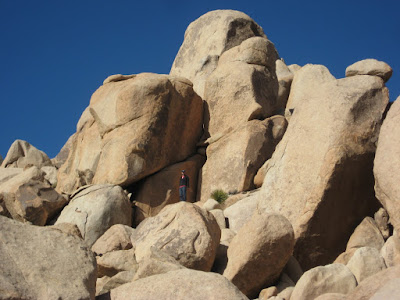 Joshua tree and its surrounding communities embrace another form of existence; all of which is surrounded by endless horizons. The area is a mecca for aging rock stars, artists and modern-day bohemians along with ordinary people all in search of a new beginning. It’s the place where people go to get lost and be creative. 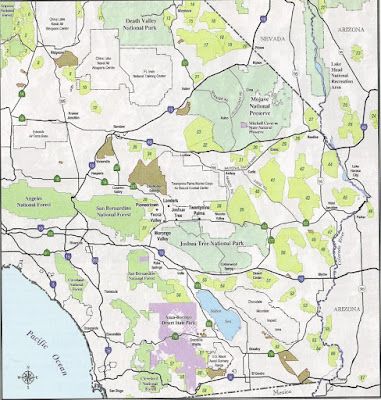 The high desert of the Morongo Basin is like a modern day outback of more than 9.5 million acres of public land in the California desert. Its home to old walking trails first used by Native Americans between seasonal encampments then followed by Spanish explorers and finally 19th century gold seekers and pioneers. Reminders of past human lives are everywhere. 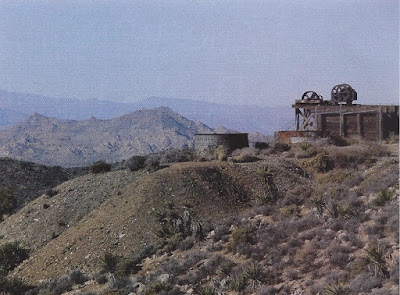 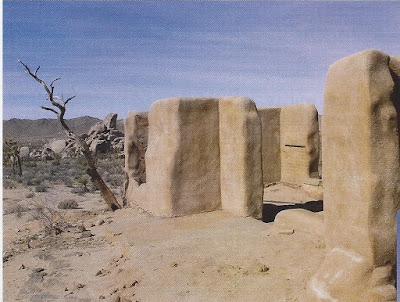 Abandoned mines litter the area with their relics of past hopes and dreams scattered about the ground. A restored railroad depot stands alone with its tracks still leading nowhere. Ramshackle old cabins planted amid miles of sage and scrub brush, sit isolated and lonely in the desert. The evidence is all here if you can look past the dust and dirt and castles made of boulders to imagine all the past lives that once pasted through this place on the way to a better life. At one time that might have been the vast inland ocean below. 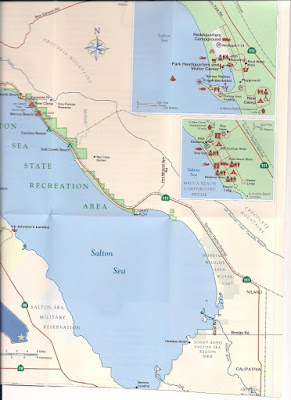 The footprint of the Salton Sea edges alongside nowhere which is north of nothing of interest…for the casual outsider. It is an area replete with mummies at East Jesus, flying dune buggies and land-grabbing in Slab City.

It is a briny morass of faded real estate dreams and dead fish scales underfoot. The Salton Sea is California’s largest lake measuring more than 35 miles long and 15 miles wide in spots. It has a surface area of over 380 square miles and sits at 332 feet below sea level.

Through the mid-fifties, the Salton Sea had become a major recreational water resort area for Southern California. But two hurricanes; Kathleen in 1976 and Doreen in 1977, caused such wide-spread damage to neighboring farm lands that the runoff caused a major increase in the salinity of the sea. That, in turn, caused major fish-kills and bird-kills and created such a major issue with noxious odors that residential development came to a stop.

Today the salinity level of the sea stands at 45 ppt. Only the tilapia fish is able to survive in such waters. While fishing is still good for the tilapia, fish kills continue to plague the area with their harsh smells.

I’ve always been intrigued by a dark cluster of trailer homes strewn alongside the Salton Sea half way to Slab City. Its name ‘Bombay Beach, North Shore’ always seemed like the perfect title for a play. 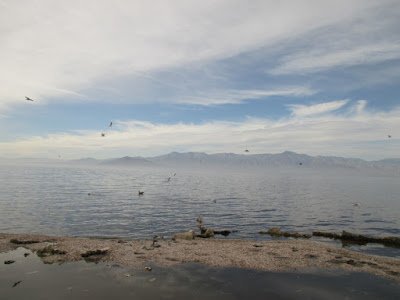 It could take years, perhaps decades before the sea might possibly return to its past glory. More feasibility studies will be made, more funding sought and grand schemes hatched. The possibilities for commerce, recreation and development are enormous. Until then the Salton Sea is a magical place for walk the shoreline, observe the birds and time your visit to avoid the smell. A small price for a wonderful watery treasure in the middle of the desert. 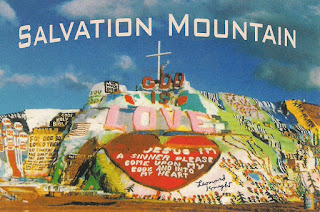 Salvation Mountain is one of the premiere examples of folk art in the middle of nowhere America. At least that was what all the travel guides say. The site has become a mecca for those influenced by and intrigued with this kaleidoscope of painted hills, crude cave dwellings and religious scriptures. 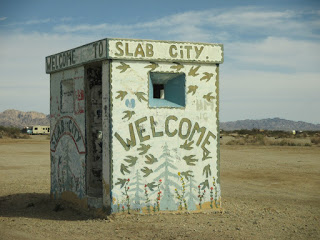 Slab City otherwise known as ‘The Slabs’ is a snowbird campsite used by recreational vehicle owners alongside squatters from across North America. It takes its name from the concrete slabs that remain from an abandoned World War II Marine barracks of Camp Dunlap.

It’s estimated that there are about one and fifty permanent residents (squatters) who live in the slabs year around. Some live on government checks, others just want to live ‘off the grid’ and a few come to stretch out their retirement income. The camp has no electricity, no running water, no sewers or toilets and no trash pickup service. Sounds like a dry run for the apocalypse. 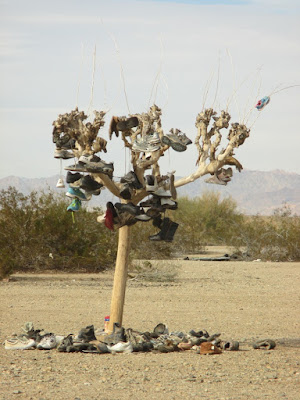 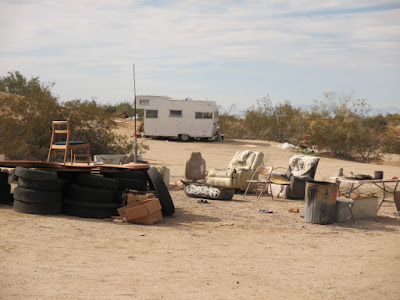 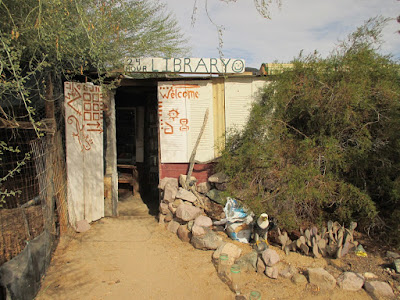 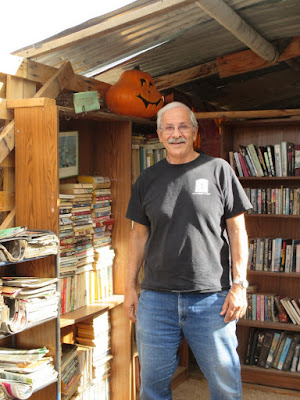 Despite the free shoe tree on the way into town and the free library, most of the residents have sectioned off their trailers, tents and sleeping bags with tires, pallets or barbwire. Free is free unless it comes to their piece of the desert then even squatters want their personal space recognized. 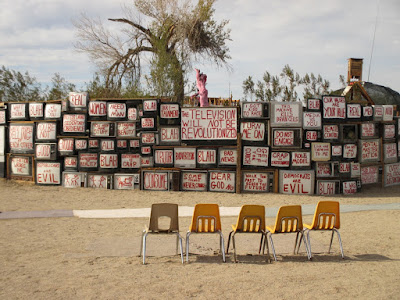 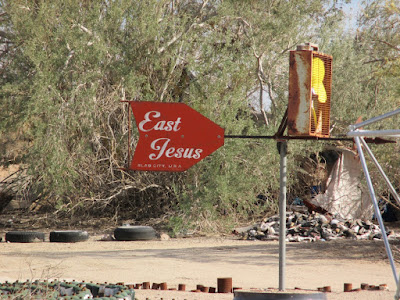 The artists at East Jesus describe it as an experimental, sustainable art installation. East Jesus is a colloquialism for the middle of nowhere beyond the edge of services. Made from discarded material that has been reused, recycled or repurposed, East Jesus encourages visitors to imagine a world without waste in which every action is an opportunity for self-expression. 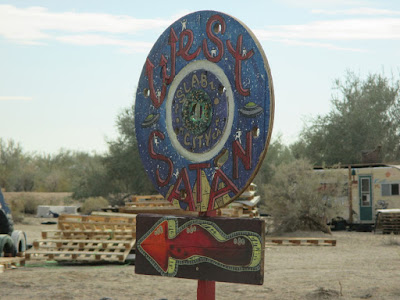 West Satan is a simply a suburb of East Jesus. The art gallery there is just as fascinating and mind-expanding. It was tripping out without the acid and a glimpse into the lives of those who don’t want to be a part of ‘any scene’ here in fantasy land or the rest of the world.

Intertwined with the remote outposts of creativity are other artist colonies such as the one up in Idyllwild or the other mountain enclaves in Big Bear and Arrowhead. Laguna Beach is two hours and a world away from the desert but offers the same kind of mind-expanding atmosphere in which to play. 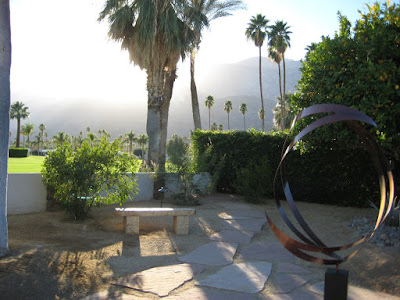 They’re all clusters of inspiration amid the languid and serene beauty of my own nest of creativity.