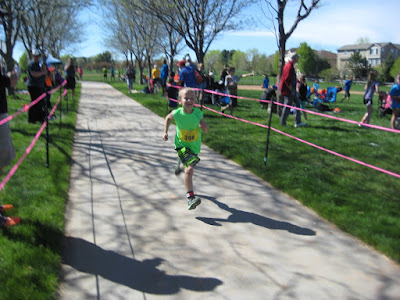 Triathlons are the newest craze among the healthy and fit. Now that three-event endurance challenge has even trickled down to the younger set. Hence it came to be that over two Saturdays; once in Colorado and again in Minnesota, my wife and I found ourselves as support crew for several young enthusiastic triathletes. We were head cheerleaders as all five of our grandchildren who completed in triathlons this last month. 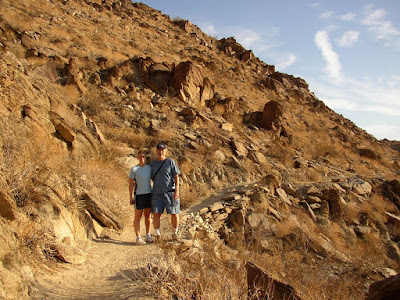 After forty plus years of running I have resigned myself to a treadmill at the gym and trail runs weather permitting. Mountain climbing in Palm Springs doesn’t count since I can pace myself there and fake looking out over the horizon if I need to take a break and catch my breath. So it was with more than a bit of envy and tremendous pride that I watched our grandkids blast through their events with a youthful enthusiasm and unwavering zeal that made even the placid volunteers look in wonder.

For me these triathlons represent not only an admiration of their physical endurance at a young age but more importantly an appreciation for my grandkids’ love of exercise and the great outdoors. Instead of preaching ‘less screen time’ both my kids are providing alternatives to the numbing brain-dead zombie rituals other children have with their hand-helds. They’re giving their kids, my grandchildren, a love of the sport and nature as well. 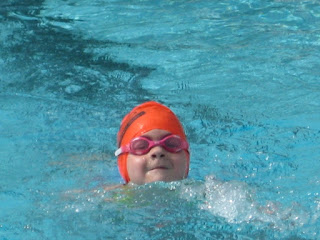 At the end of an ultramarathon (one hundred miles or more) veterans have a saying to describe the rush of adrenaline they feel coming into the home stretch. It’s called ‘smelling the barn.’ At both triathlons there were youngsters as young as four years old participating. Triathlons are no different than hundred milers for them…a little more variety but just as grueling…hence it should be called ‘smelling a larger barn.’ 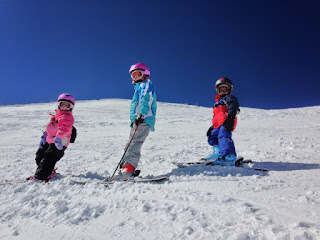 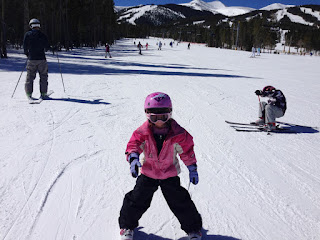 Competition runs deep in both the LaComb and the McMahon households. During the winter months, the Colorado kids have Black Diamonds for breakfast (defined as a very difficult ski slope based on length, width and gradient) and double-black diamonds for dessert. The Minnesota munchkins began doing triathlons last year as well as short races the last couple of years. Their parent’s theory: ‘Start them young with a plethora of outdoors activities and it will become a mindset and very natural to them for the rest of their lives.’

Maya, the eldest, already has two fourteeners (ascending a mountain over 14,000 feet in height) under her belt. The grandkids have been on soccer and gymnastics teams since they were younger than young. How many seven-year-olds play eighteen rounds of golf or go on a mile run with their mom? 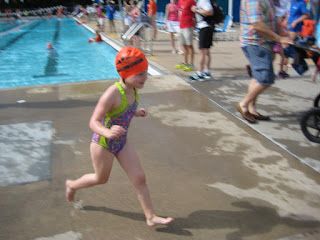 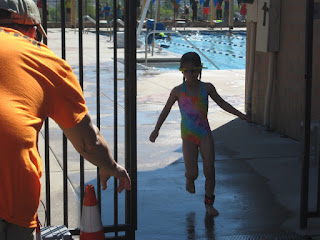 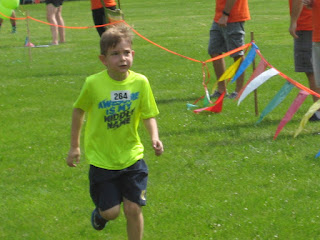 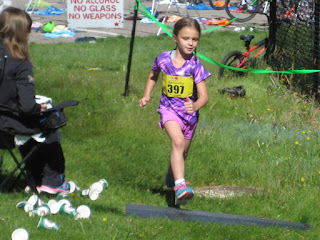 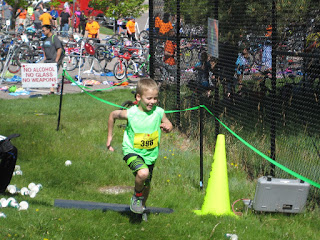 To put it in perspective, the Colorado twins are seven and a half as is Brennan. Charlotte just turned five. Maya comes in as senior at ten years old. When I was their age I was just learning to climb aboard my fifty pound Huffy cruiser and maneuver that boat around the neighborhood. 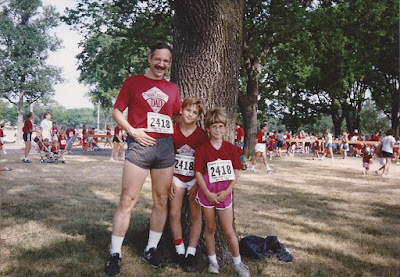 Perhaps it’s a generational thing. Brian and Melanie both ran races when they were youngsters and engaged in other sports. We’ve done some trail climbs in and around Palm Springs and now this third generation seems to be picking up the pace. I couldn’t be prouder. 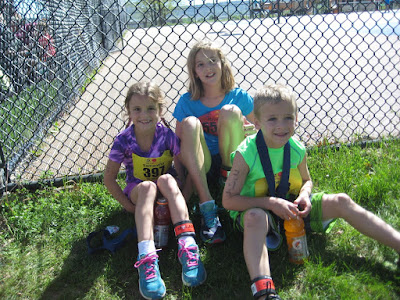 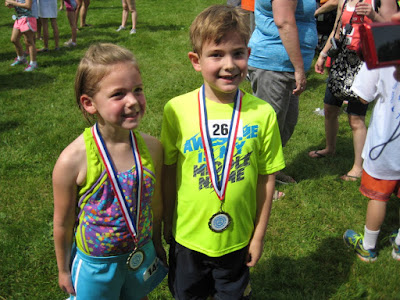 Truth be told, I just have to keep up with those youngsters. There’s tradition to uphold and all that…right?
Posted by Author Denis J. LaComb at 4:00 AM