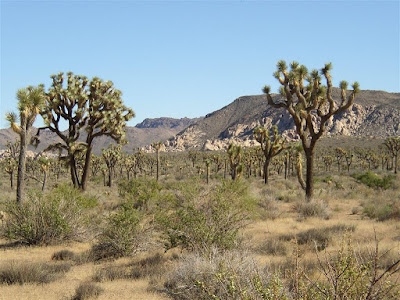 On the surface, it seems like a desolate stretch of high desert running from the clear blue pools of Palm Springs to the glitz and glamor of Las Vegas.  Yet scratch away at the barrel cactus and Joshua trees and you’ll discover another world teaming with creativity, adventure, and new age thinking. 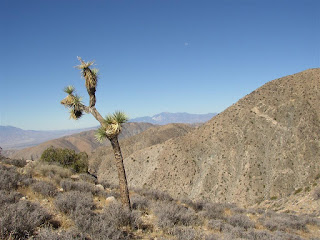 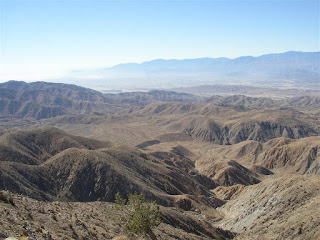 It’s a world of vast nothingness peppered with the sad remnants of past lives and Male exuberance.  It’s a place where stillness thunders louder than the wind and God did some of his finest paintings. It’s a place begging to be discovered for what beneath its surface.

The high desert of the Morongo Basin is like a modern day outback of more than 9.5 million acres of public land in the California desert. Its home to old walking trails first used by Native Americans between seasonal encampments then followed by Spanish explorers and finally 19th century gold seekers and pioneers. 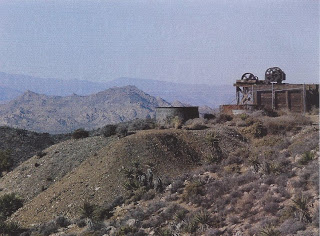 Reminders of past human lives are everywhere. Abandoned mines litter the area with their relics of past hopes and dreams scattered about the ground. A restored railroad depot stands alone with its tracks still leading nowhere. Ramshackle old cabins planted amid miles of sage and scrub brush, sit isolated and lonely in the desert. The evidence is all here if you can look past the dust and dirt and castles made of boulders to imagine all the past lives that once past through this place on the way to a better life. 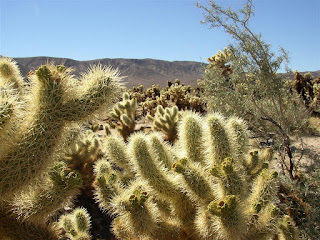 Now a new take on ‘high desert life’ has been created by multiple generations and reshaped by such stalwarts of innovation as the Hi-Desert Cultural Center, Joshua Tree National Park and its surrounding communities. Once remote towns such as Yucca Valley, Morongo Valley, Twenty-Nine Palms, and Joshua tree have become meccas for artistic individuals seeking remoteness and solitude in the high desert.  The Los Angeles Times and New York Times recently called Joshua tree the ‘new Bohemia’ and ‘Mecca’ for the arts.

The area is a mecca for aging rock stars, artists, and modern-day bohemians along with ordinary people all in search of a new beginning…or a place to get lost and forgotten. 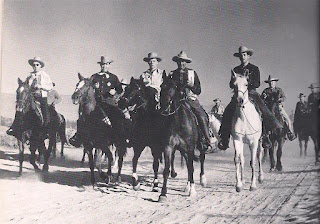 Down in the Coachella Valley, the Desert Riders pioneered this fascination with rugged western individualism and a recreation of the western lifestyle while taking it to a whole new comfort level…and that was back in 1931.

Back then equestrian life had evolved into a recreational experience and a way to enjoy the warmth and eternal sunlight of Palm Springs. Mounted excursions into the surrounding mountains began to grow in popularity. Soon the group added the maintenance and building of trails to their long list of club accomplishments. Many of these trails meandered high up into the mountains and gave riders a spectacular view of the desert below. They were a precursor to the many modern day desert rats who maintain the trails to this day.

Pioneer town, founded fifty years ago, is a throwback and perfect backdrop for early television westerns and grade B movies. Gene Autry led an assorted group of Hollywood wranglers to recreate a true replica of an old western town just three hours from Hollywood and Vine. Now days just up the road, young boys learn the art of war amid 935 square miles of rock and dirt.  Between Pioneer town and Twenty-Nine Palms (the Marine Corp Air Ground Combat Center) lie all the ingredients for growing up very quickly.

The area gained notoriety and unwanted press when rock and roll stars of the 60s and 70s would travel there from Los Angeles to party, do drugs, drink, and carry-on.  The most notorious of these acid adventurers was Gram Parsons who died from an overdose in a hotel room in Joshua tree.  Later his body was stolen from the funeral home and taken back to Joshua Tree for an informal funeral pyre by his rock star buddies.  His remains were never found. 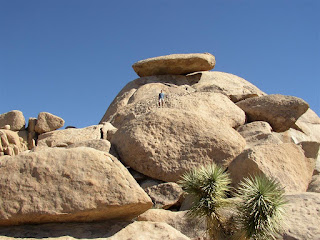 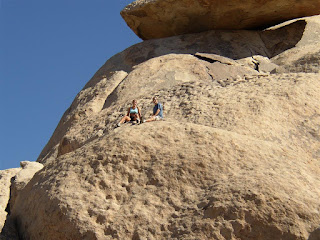 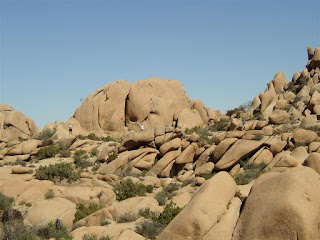 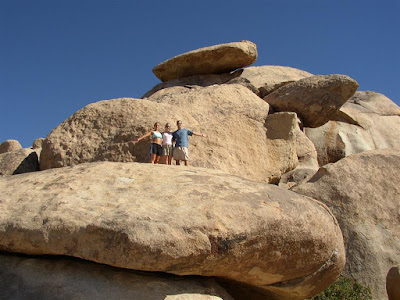 We discovered Joshua Tree years ago when we first started coming to the desert.  It’s changed a lot since then. There is a desert symphony orchestra and the High Desert Cultural Center which puts on plays, art showings and other cultural events. The mission of the Hi-Desert Cultural Center ‘is to operate a cultural center that provides venues, support facilities, funding, promo-tion, leadership, organization, innovation, education, and other resources for programs and productions whose focus is on the aesthetic arts.’ They seem to be very successful in doing just that.

The latest attempt to capture the magic of the high desert is a non-commercial branding campaign called Desert and Denim (DaD).  'Desert and Denim' and Juniper Ridge are two branding entities trying to put a face on this relatively new desert phenomenon.

DaD is a two-day event held in February when lifestyle and fashion companies from around the world converge in Joshua Tree to have an open dialogue to talk about their craft and what it means to be a maker.  The creators of DaD say ‘the focus of Desert and Denim is the process of a creative mind.’  Buy fewer and better is their rallying cry. 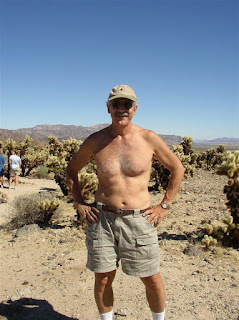 Cresting one of the innumerable ridgelines that criss-cross Joshua Tree National Park I can feel the high lonesome cry of some unknown bird coasting in heat thermals above my head.  Wind brushes my face and silence mutes even my breathing. I’m alone with my thoughts and the vast desert spread out below me.

Welcome to paradise.
Posted by Author Denis J. LaComb at 4:00 AM