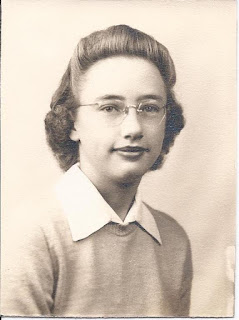 My Mother-in-Law grew up in a world ruled by men but raised two daughters who pushed well past those boundaries. Now there is a granddaughter and two great granddaughters who are pushing those barriers out even further. The tracks of our lives continue just as the seasons come and go. A great grandson was born one day. Great Grandma Charlotte died the next. The circle of life had come around again. 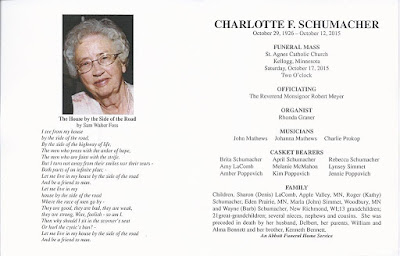 Charlotte Faye Schumacher left few trappings of success behind. The house had been sold, her possessions either given to the children or sold at an estate sale. Her material goods kept shrinking with each move from the farm to a house in town to an assisted living facility to a nursing home. Now there was nothing left but for a few mementos passed out to the grandchildren. Nothing left but for the memories…good memories of a life well-lived.

In the end this wonderful woman left the world a much better place through the four children she raised and nurtured into true citizens of the world. They are all good people who followed a legacy born amid those old Nebraska sand farms of the ‘30s and ‘40s. 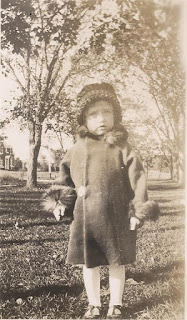 Despite dealing with sometimes crippling anxiety and bouts of depression Sharon’s mom held on to her faith and worked through her issues. Her own mother had died when she was just nine years old and her father died when she was eighteen.

She once told Sharon “You wouldn’t understand what it’s like to lose a parent unless it happens to you. Denis understands.” Charlotte and I shared that commonality of a single parent household. It was a common bond seldom talked about, but understood. We also shared a deep and abiding love for her daughter.

Occasionally we’d talk about growing up without a mother as she followed her father picking berries in Oregon and operating a bar in Nebraska. We related to one another that way and spoke a language unspoken but understood among survivors.

When she graduated from high school in Nebraska, Charlotte taught in a one room school house. She had no formal training. She just took a test and began teaching. She told us her secret was to stay one book ahead of her class. It seemed to work.

Then she met a man who was to be her rock for more than sixty-five years. Sharon’s mom used to tell folks she didn’t know how to cook when she first got married. She didn’t mention it was the end of World War II and there were no stoves available. So every morning they had cereal for breakfast. For lunch they had a sandwich. In the evening they went to her Mother-In-Law's for dinner.

In 1957, she followed her husband from Nebraska to Wabasha, Minnesota. She moved there without ever seeing the farm Grandpa Delbert had bought. When Charlotte arrived she found there was no kitchen sink in the farmhouse, but ironically the barn was in excellent shape. I guess that’s what counted in a farm family. 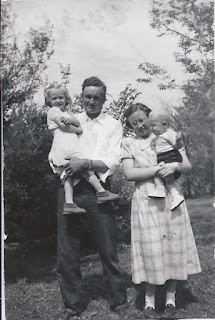 Charlotte told people she never adjusted to living in Minnesota but all my kids can remember were the thrills of finding baby kittens in the barn, tractor rides with grandpa and calling for Shep and Brady, her two favorite farm dogs. It wasn’t ‘Dick and Jane on the farm’ - but it came darn close.

Late in their retirement years her husband developed Alzheimer’s disease. For over two years she cared for her husband at home, tending to his every need. When it was time for him to go into the nursing home, she faithfully visited him as often as she could. They went to mass there every Sunday. She did what she had to do for the man she truly cherished. I Sat Down with God Today.

It was her daughter, The Girl with Seven Suede Jackets, who used to tell me of her nurturing upbringing on the farm. Sharon has spoken often about high school class trips and weekend jaunts with her mother acting as her personal chauffeur. She talked about their special trip to England, just the two of them.

Later on in years Sharon took her own grandchildren down to see great grandma Charlotte before the end. At times it was witnessing courage in the face of crippling angst and anxiety. They learned as Sharon did about one generation respecting the next.

Now the only remaining thread in great grandma Charlotte’s life are the four lives she left behind. From them, the many grandchildren and great-grandchildren that are a part of her legacy.

A great grandson was born the day before Charlotte died. In time he will hear the tales of life on the Wabasha farm from his own grandmother. He will learn of its tradition of hard work and faith that is his legacy. And he’ll be able to thank great grandma Charlotte for those memories and lessons in life.

Her legacy lives on in her two daughters, a granddaughter and two great granddaughters born of that same steeled resolve. 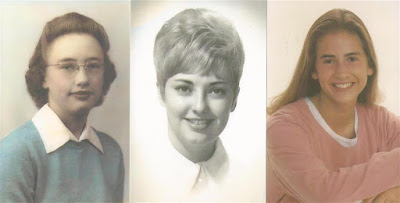 Maya Charlotte LaComb and Charlotte Jane McMahon never knew their great grandma Charlotte very well. But her sterling examples of hard work, perseverance, compassion and caring is a legacy they are sure to carry on. 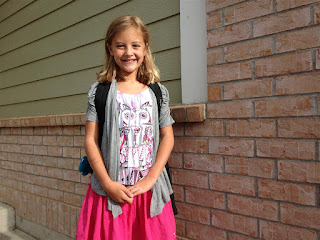 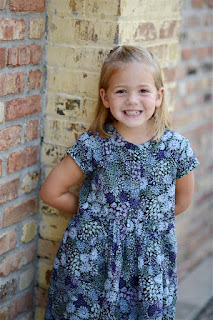 Charlotte Faye Schumacher could not have wished for anything more.
Posted by Author Denis J. LaComb at 4:00 AM