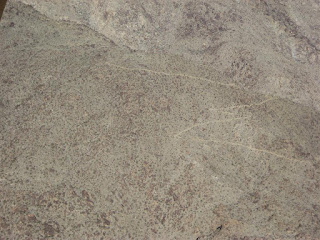 It was almost surreal. The weather back in Minnesota was growing colder by the hour. Snow flurries had followed me out to the airport. Now later that same day I was working up a sweat on my inaugural mountain hike of the season.  There was beauty all around me yet I wasn’t feeling the love. Things should have been really great back in Palm Springs but I wasn’t able to appreciate my good fortune being in the desert instead of under three feet of snow back home. So I continued trudging upwards toward my tabernacle. 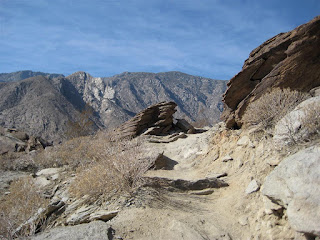 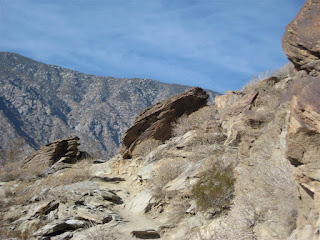 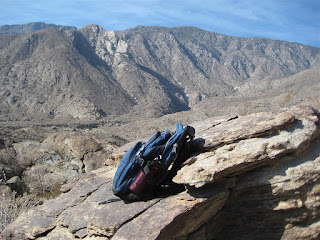 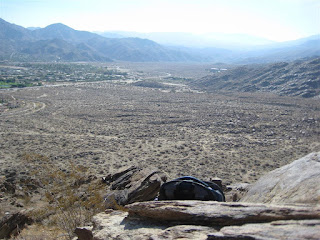 Silence came gradually over me after my heavy breathing had subsided. I found my saddle of granite and settled in. My mind began to wander back over the last six months in Minnesota. The stress of dealing with Sharon’s mom. The satisfaction of long bike rides, trail runs, a complete rewrite of ‘Debris’ and other assorted writing projects. Coffee on the porch. Time well spent with the grandchildren, friends and family.

One of the beauties of traveling inside one’s head is that you never know where you’ll end up or what you’ll discover along the way. Gradually the feeling of melancholy subsided and I was able to fully embrace the bliss of my surroundings. Throughout the rest of the season I made it a point to always take some time to appreciate my surroundings. Truth be told, I had to go inside myself to find the peace outside. 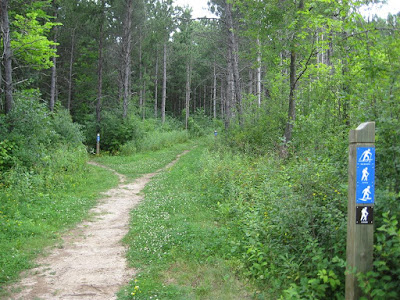 When they were young I used to take my kids hiking in the woods. At a certain point in our trek I’d make them stand still and listen to the sounds that whirred all around us. “Listen to the stillness,” I encourage them, “because in that silence will be a world of sounds.  Of course, it didn’t stick at first. They got fidgety and distracted. But gradually they began to hear the birds, the wind rustling through the leaves, far-off sounds of traffic and of course, the all-encompassing sounds of silence.

I feel sorry for those folks who aren’t able to appreciate their surroundings in life.

Recently a friend of mine talked about his son who was feeling depressed. His son was 40 years old and hadn’t yet acquired a home of his own or met career goals that he had set up for himself. My friend reminded his son that his own children still had a devoted dad and attentive father. While it was true his son hadn’t accomplished what some of his college friends had and he wasn’t where he thought he would be at age 40, he could still be appreciative of his strong marriage, wonderful wife, good health and three devoted sons.

Another friend of mine goes on a yearly retreat at a Jesuit Center in the Twin Cities. It is a week of silence and contemplation and reflection. He loves it and has been doing it for 35 years. Quite a testament to the power of silence.

Then there are others I know who can’t appreciate their present day because they’re always focused on the future. It’s a little like the sign in a tavern: “Free Beer Tomorrow.”

Or others whose only disposition is to see dark clouds overhead instead of a life well lived and family members who support them.

To this day I can’t explain what happened that afternoon or why it took me so long to appreciate my surroundings. One good thing came out of it. I was determined not to let that happen to me once I returned to Minnesota in the spring.

So each morning I have my ritual on the porch. I stretch, arrange my coffee and iPad and notebook and then…nothing. I sit in my chair and listen to the sounds of the day awakening all around me. It might be birds at breakfast or singing in the trees or sailing overhead. It might be the wind pushing gently through my screens. It might be traffic several blocks away as commuters rush up Cedar Avenue to their destiny with their concrete cubicles. 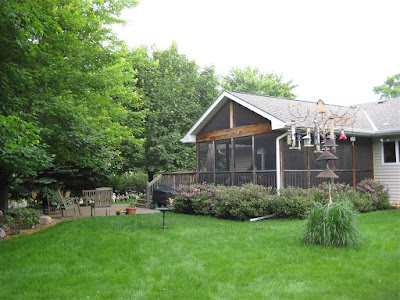 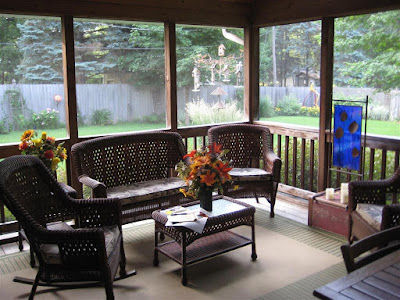 There is also great comfort in trail running and sometimes getting lost in the woods and in my head. Eventually I find a way out and then back-track back to my car. 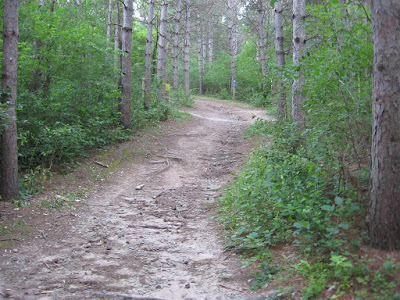 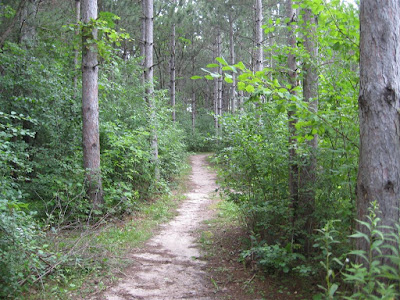 To quote from a book on Buddhism: ‘So much of our lives takes place in our heads.’  Running through the woods, oblivious to everything around me, frees my mind to wander just as my rubbery legs are carrying me over hill and dale. Going nowhere in particular frees my mind to see the world, one’s surroundings and life in a new light.

Appreciation is a gift we’ve been given if we’re smart enough to recognize it and grasp it. It doesn’t cost us anything. All it takes is a little time to reflect on our good fortune no matter how challenging our lives might be or have been.

As the ancient philosophers Epictetus and Marcus Aurelius remind us, it’s not our experiences that form who we are but instead the ways in which we respond to them. In other words it’s the perspective we choose – not the incidents or life experiences themselves – that ultimately defines who we are. By stripping away the accoutrements of wealth and accumulation and success we can discover the pure beauty of life all around us.

Melanie has begun to have every family at the dinner table express one item of appreciation they experienced that day. It’s a wonderful yet subtle way to remind her kids that there is always something to be grateful for. Face it, kids tend to follow what we do, even more so than what we say. Daily reminders of appreciation become great fodder for their young, resilient minds.

The secret here is to find beauty and wonder even on an average day or as part of our routine lives. I could start to list my good fortune and it would be a long list. That despite the fact that there have been numerous losses, failures, stumbles and falls along the way. There were things that I accomplished along with many others that I didn’t. It’s a reflection on times past and opportunities lost. An appreciation for reconnecting with old friends while accepting the loss of other friendships that have faded away.

It’s the appreciation of what others have done for you. The ability to step out of your own little world and see it from another’s perspective. Understanding that being nice doesn’t hurt and being kind isn’t weakness. And saying ‘thank you’ isn’t an apology but rather acknowledgement of nice things others have done for you. Most importantly it’s realizing that while it is one thing to acknowledge ones blessing, it is sometimes entirely different to embrace it and appreciate it for what it is worth. 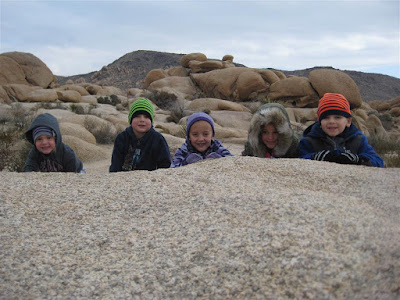 and belief that it can only get better.
Posted by Author Denis J. LaComb at 4:00 AM