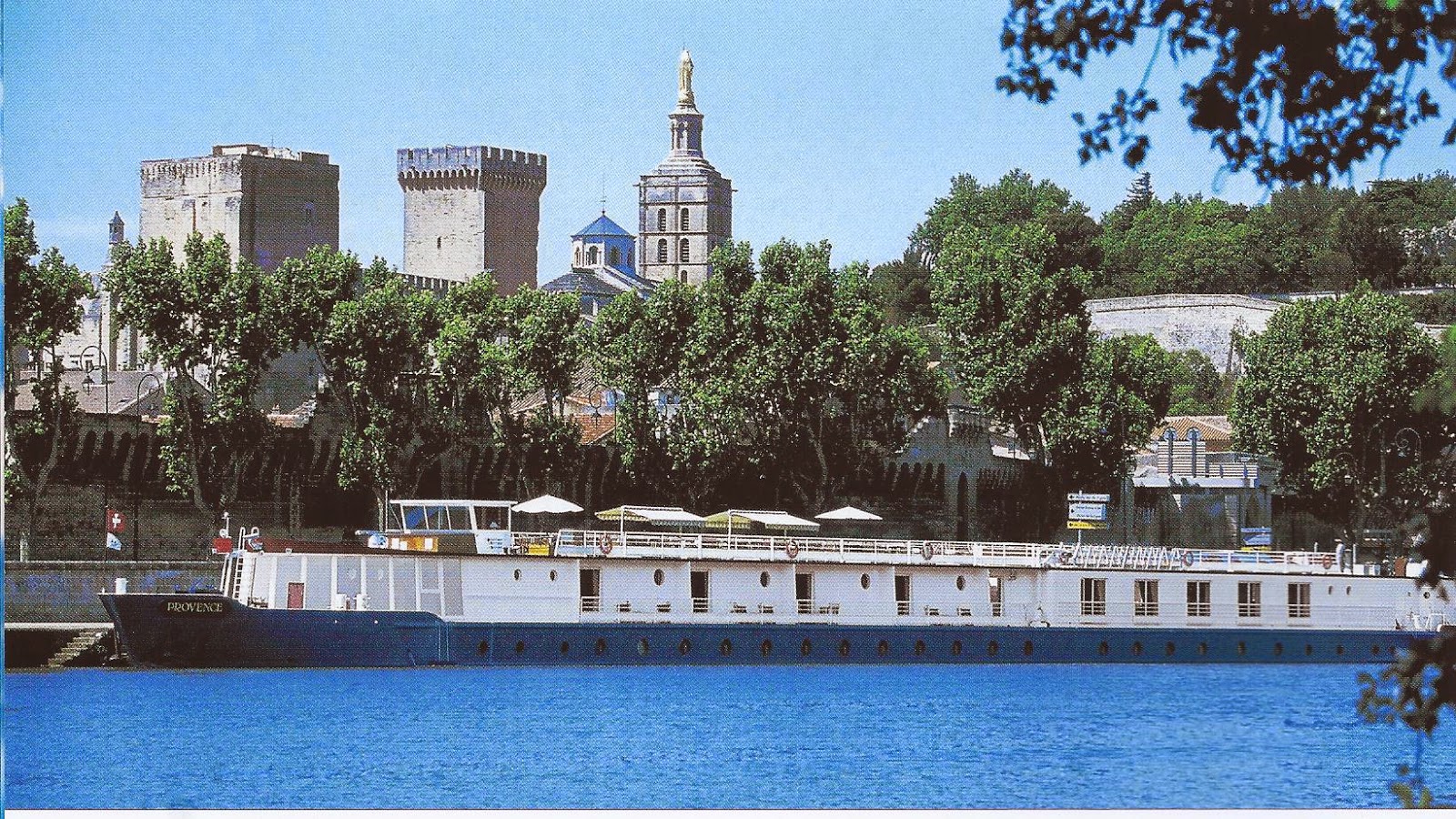 It was the end of our journey; Paris to Nice. Two weeks abroad the Provence as we sailed lazily down the Saone and then the Rhone Rivers. Two weeks on our way to that infamous Pearl of the Mediterranean.


The Cote d’Azur (Azure Coast) has long been known in movies and songs as the French Riviera. This fantasy world encompasses the Mediterranean coastline of the southeast corner of France and includes the sovereign state of Monaco. While it has no official boundary, it is usually considered to extend from the Italian border in the east to Saint-Tropez, Hyeres and Toulon in the west. It’s here that dreams are made and visitors can pretend to be somebody else.

Many visitors come to Nice to live out their dreams and fantasies. Nice, the capitol of the Rivera is the fifth largest city in France and houses the country’s third busiest airport. Traffic from Cannes, St. Tropez, Nice and Monti Carlo all use the airport. Tourism is now the largest economic driver in the region. 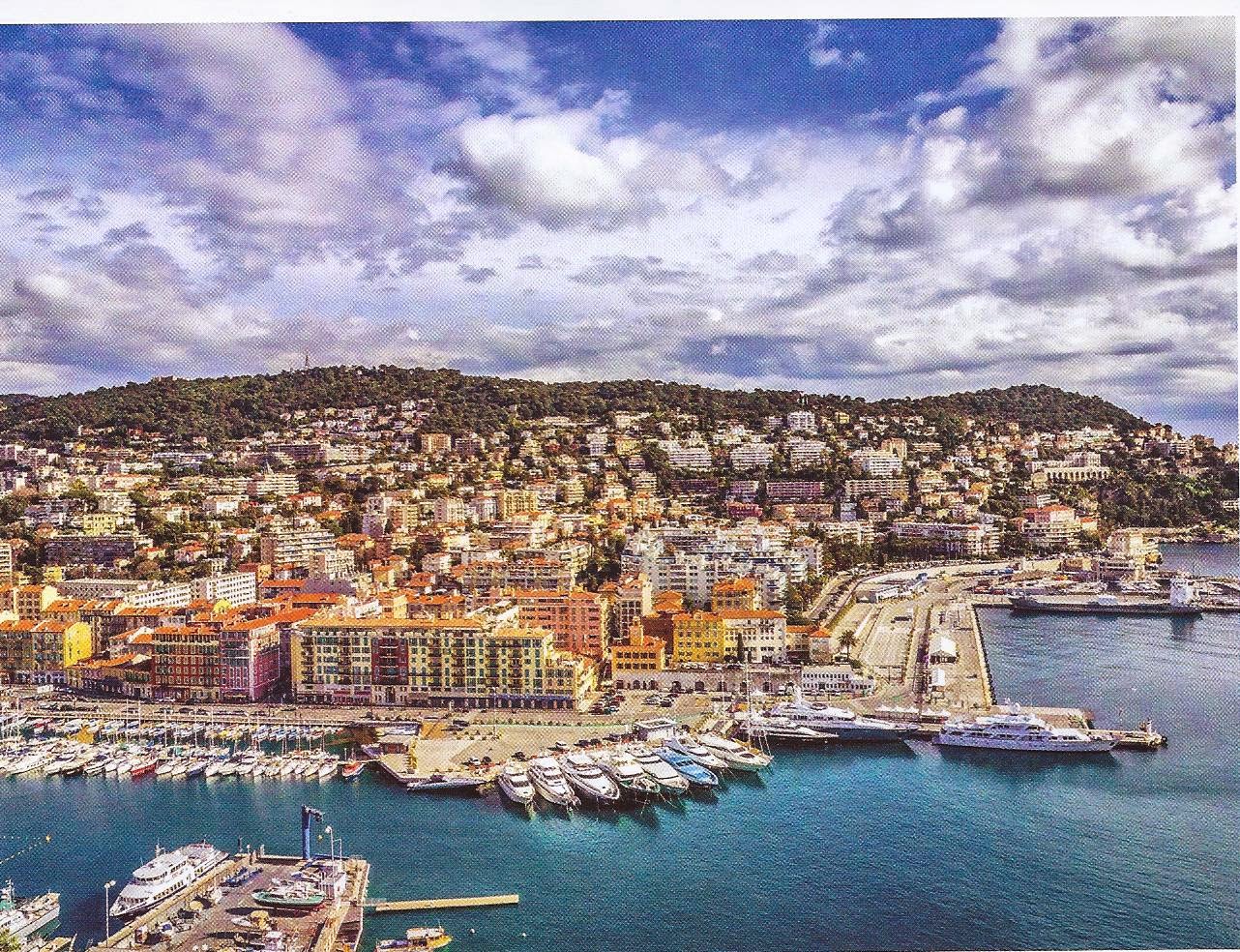 Although it still harbors some of the characteristics of the “Grande Dame of the Cote d’Azur,” Nice has managed to create a special modern-day flavor all of its own. Unlike the other cities that hug the rocky shoreline of the Mediterranean, Nice has distinguished itself from neighboring Cannes and St. Tropez to the West and Monti Carlo on its eastern flank. 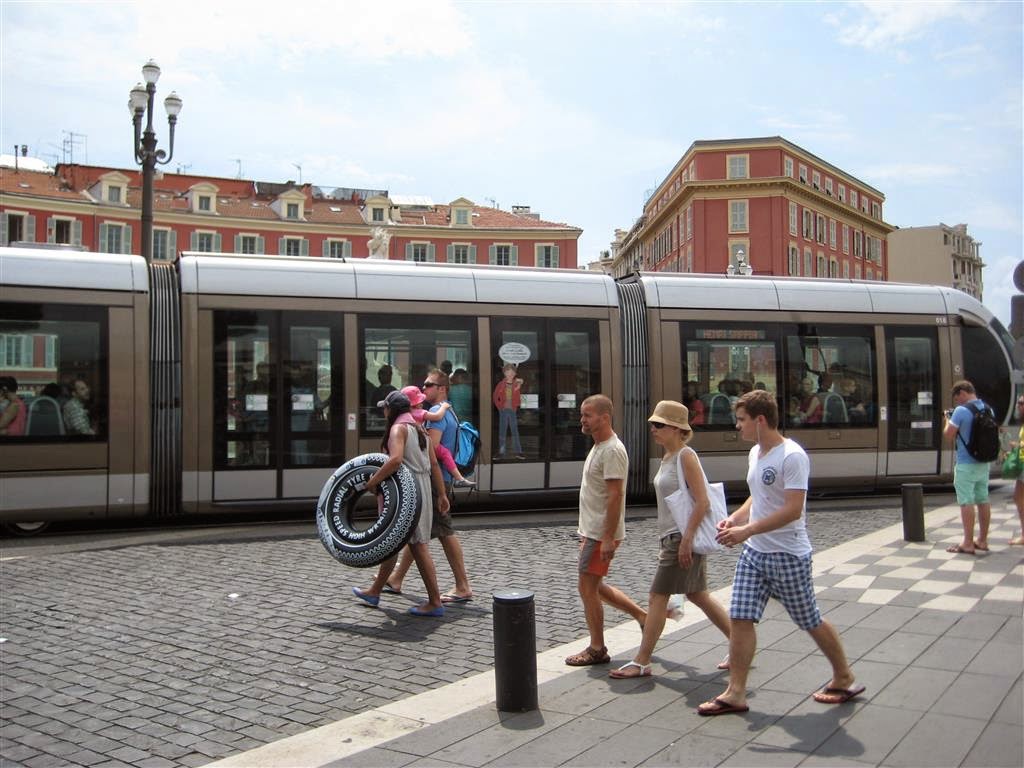 It’s not just the youthful tourists who flock to its rocky beaches or speed through town in their flashy sports cars. It’s not just the modern bike share system or light rail cars that whisk visitors to its museums,  galleries and historical buildings. Instead there seems to be a freshness in the air borne of beautiful young women, strapping men and plenty of socialization going on all day and night. I was just passing through town for one day and yet I could feel that special vibe every-where I went. 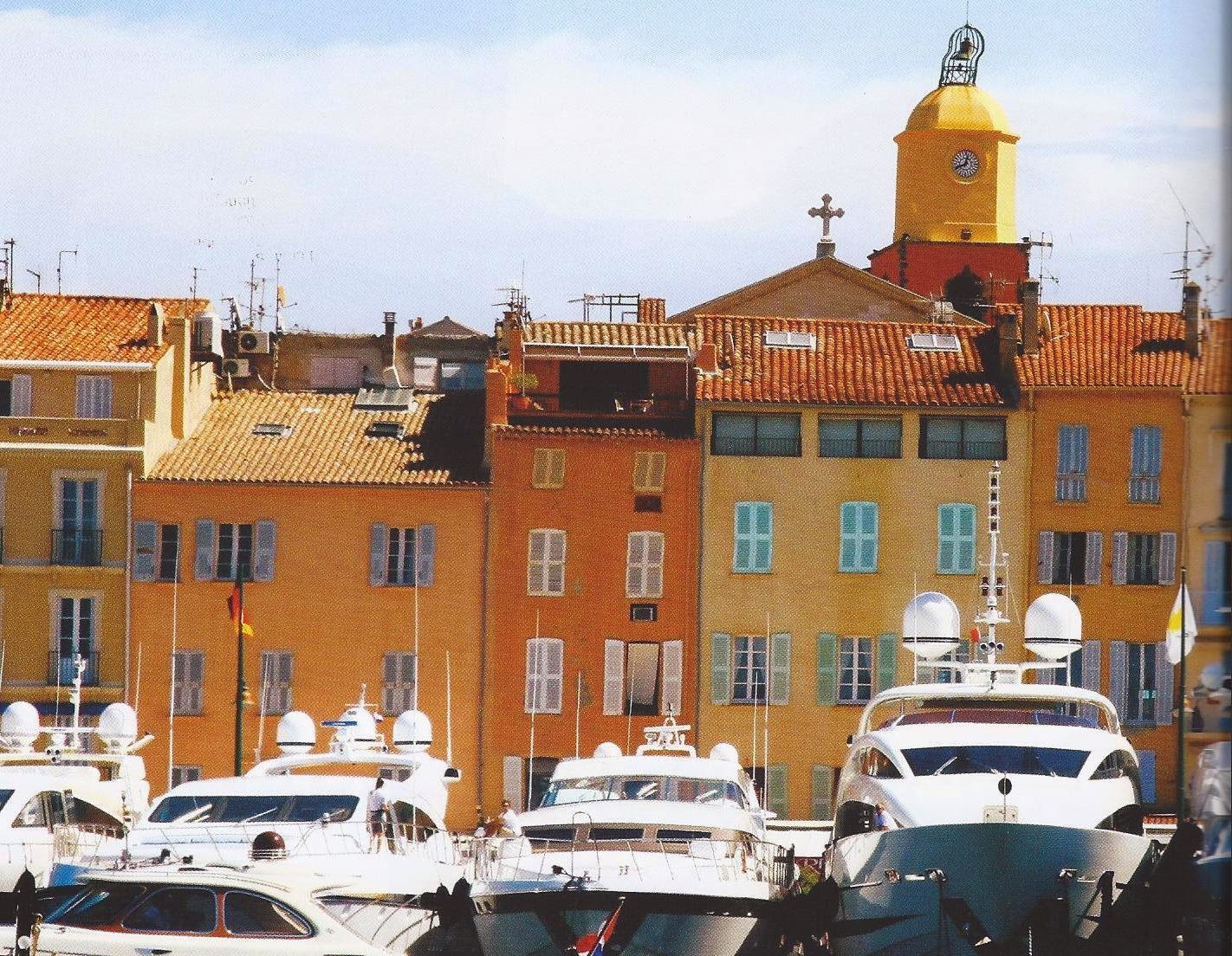 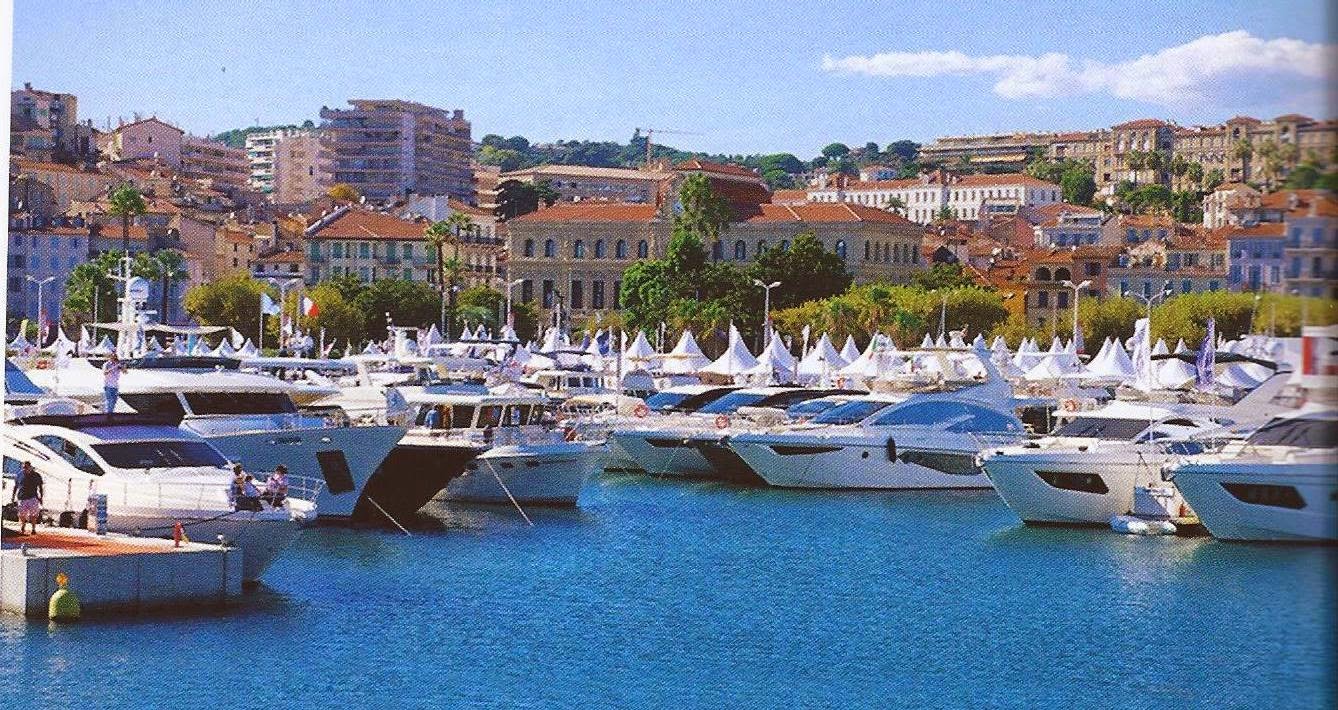 The French Riviera is a major yachting and cruising area and hosts 50% of the world’s super yacht fleet, with 90% of all super yachts visiting the region’s coast at least once in their lifetime.

400,000 years ago, the first people of Nice were chasing elephants. In 400 B.C. a Greek commercial center was thriving there. In 154 B.C. the Romans were building a second city on its hills. But it wasn’t until the late 19th century that its winter warmth and clear blue shoreline attracted a new kind of visitor. Gradually old fisherman’s shacks and commercial stone buildings were replaced by splendid palaces built on the altar of conspicuous consumption.

The coastline became one of the first modern resort areas in the world. With the arrival of the railway in the mid-19th century, Nice became the playground and vacation spot for British, Russian and other aristocrats. It was finally the Americans who gave the region an aura of charm, incalculable wealth and a fashionable way of life that became known around the world. Think of it back then as a multi-cultural ‘Downton Abby’ by the seashore. 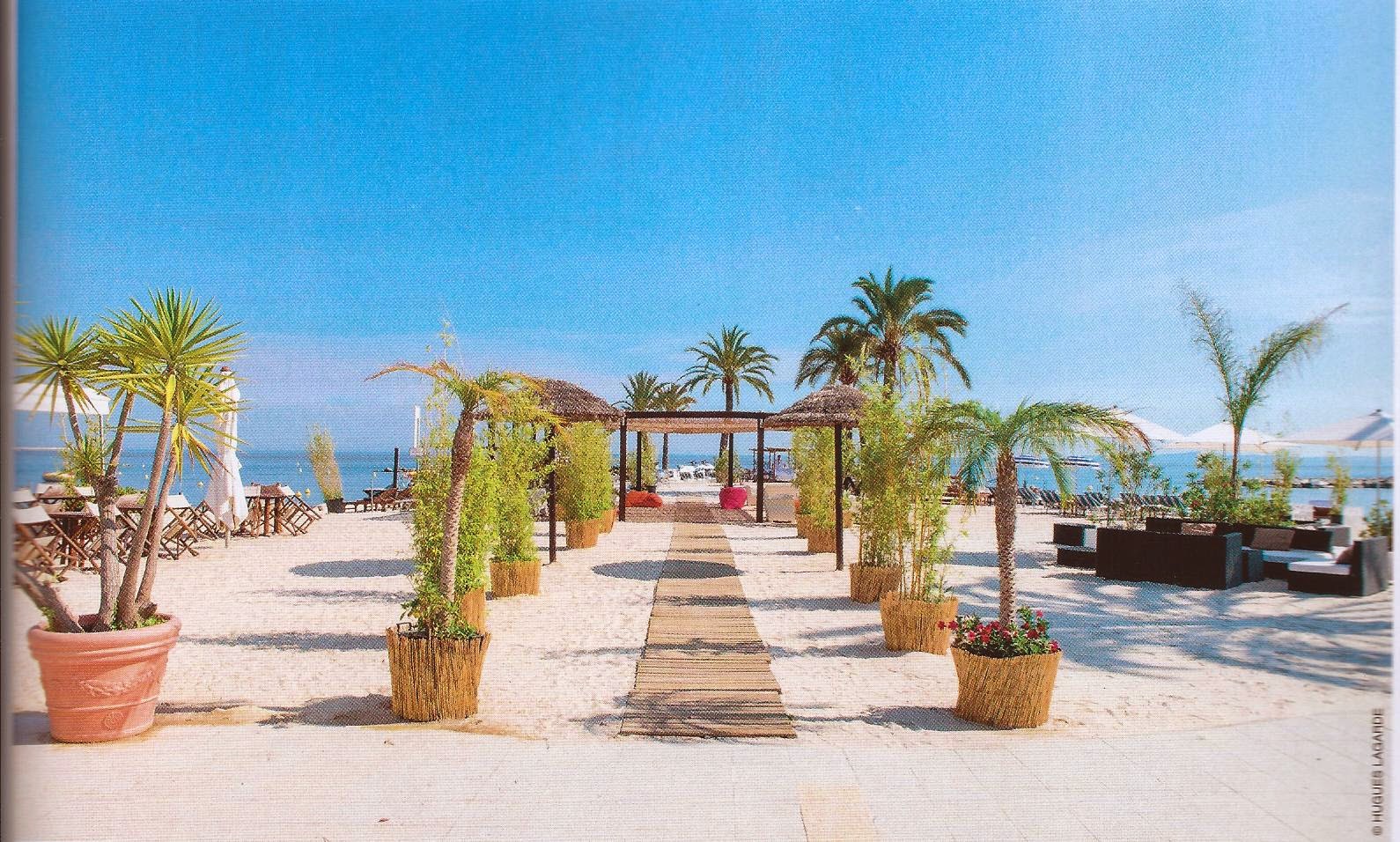 Speaking of seaside attractions, one of the monikers of French beaches is their reputation for topless sunbathing and other distractions for the mind and eye. I ran into a similar cultural phenomenon in Bali and found that shooting video there (quite innocently for my cable series) could be easily misconstrued by husbands and boyfriends who spot you before you pan over to their half-naked girlfriends or wives.

This time around I only had a still camera but wisely kept it holstered so that my stroll along the promenade wasn’t misunderstood or challenged. No need for caution though. The only topless babes I saw there were less than one year of age or so old I was too embarrassed to look. Must have been an off-day at the beach.

Despite the Midwestern beach scene that day, there was still an atmosphere of casual sexuality all around town. Perhaps it was the rugged tan bodies of all the French, Italian and Spanish youth hanging out in the piazzas and corner cafes all hours of the day and night.

The newest trend among young girls seems to be showing plenty of cheek in their short shorts. The two youngsters I observed, or rather saw by accident, were both accompanied their parents. Their shorts were so tight they must have been giving themselves a naughty massage every time they crossed their legs. Yet both sets of parents seemed quite oblivious to their attractive male distractors hovering nearby.  Must be something about French parenting that I don’t quite understand. 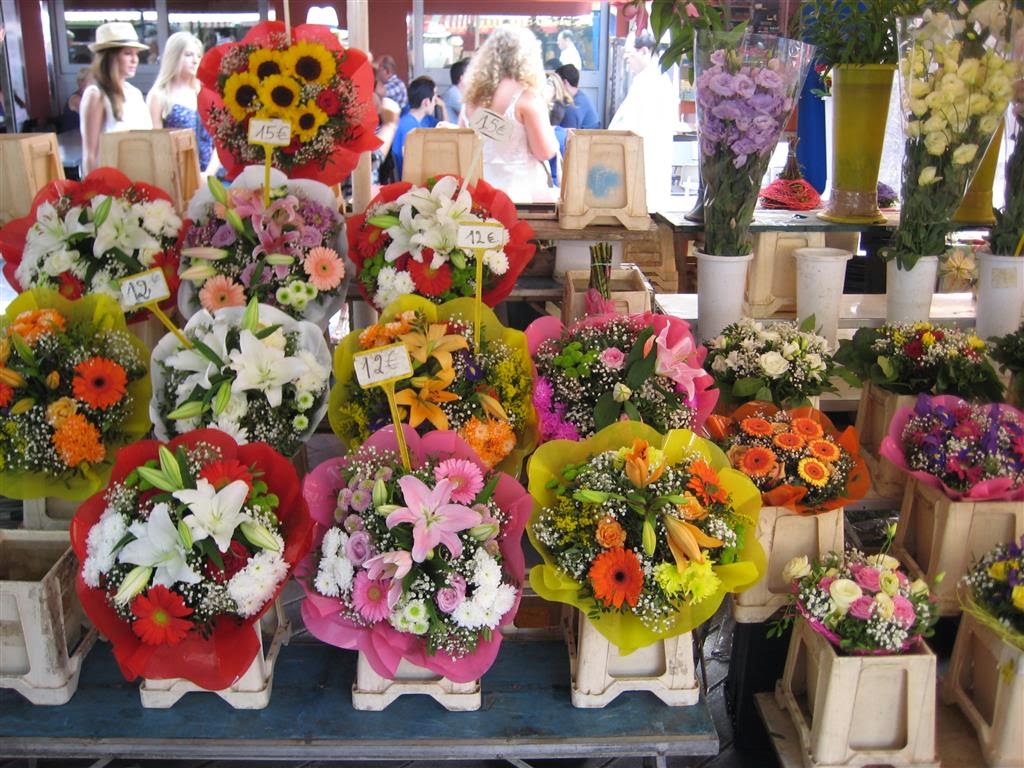 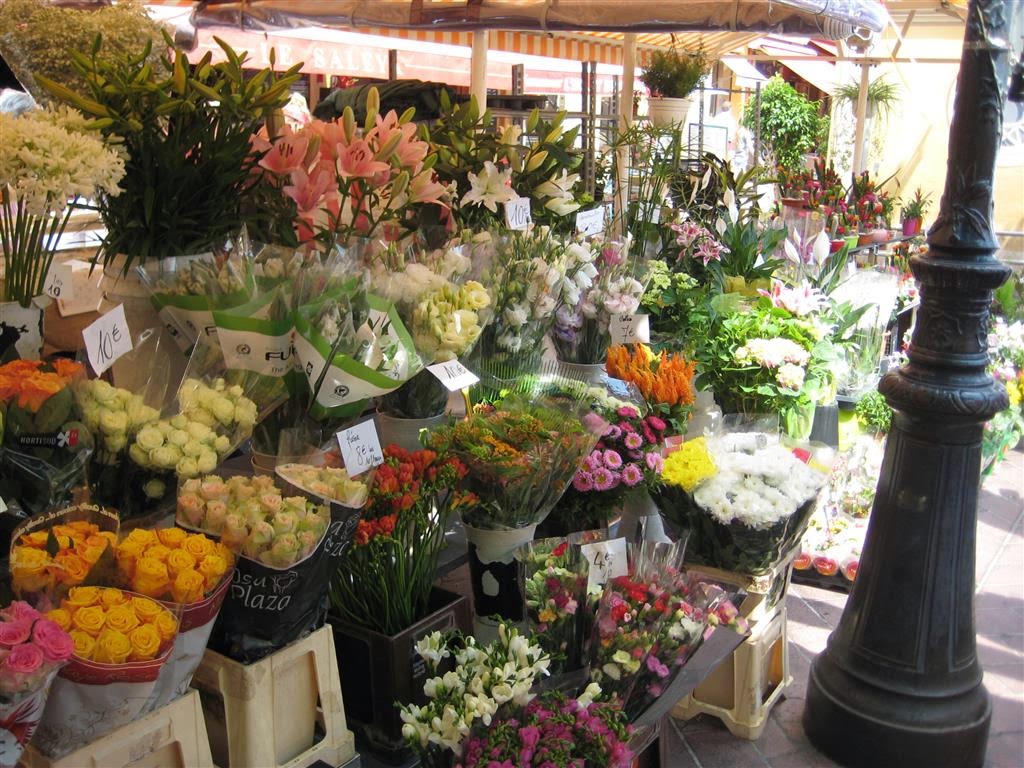 Speaking of young flowers, Nice hosts one of the largest flower markets in all of France. On any given day, flower vendors fill the large plazas with their fragrance and colors. 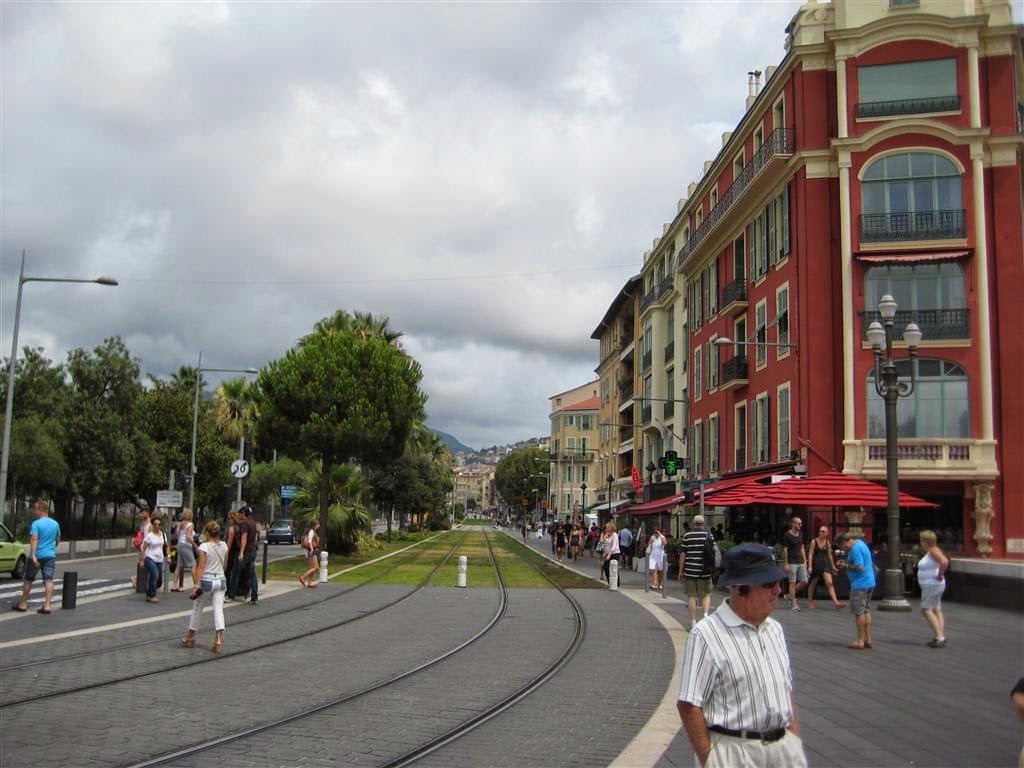 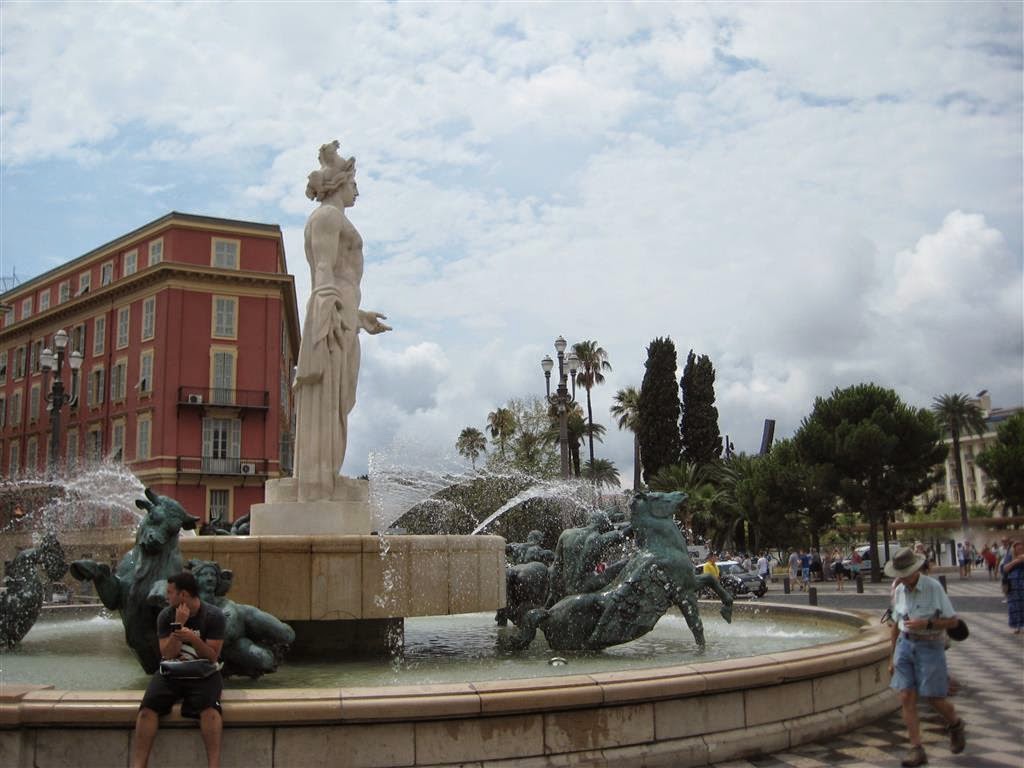 Compared to other large cities such as Paris or London or Hong Kong, Nice is relatively small in square miles. Yet what it lacks in square footage, it makes up for in a constant stream of new cultural, social and pop icons that gradually make their way out into the rest of the world. It’s a natural incubator for fresh ideas and bold strokes of innovation. It’s in the air and on the tattooed backs of youthful exhibitionists. It’s a rich tapestry of ideas and color woven into everyday items and life styles.

It took until the end of our journey through the region of Provence before I realized that one of my favorite films of all times “A Man and A Woman” was filmed in great part in that region of France. I shouldn’t be surprised. 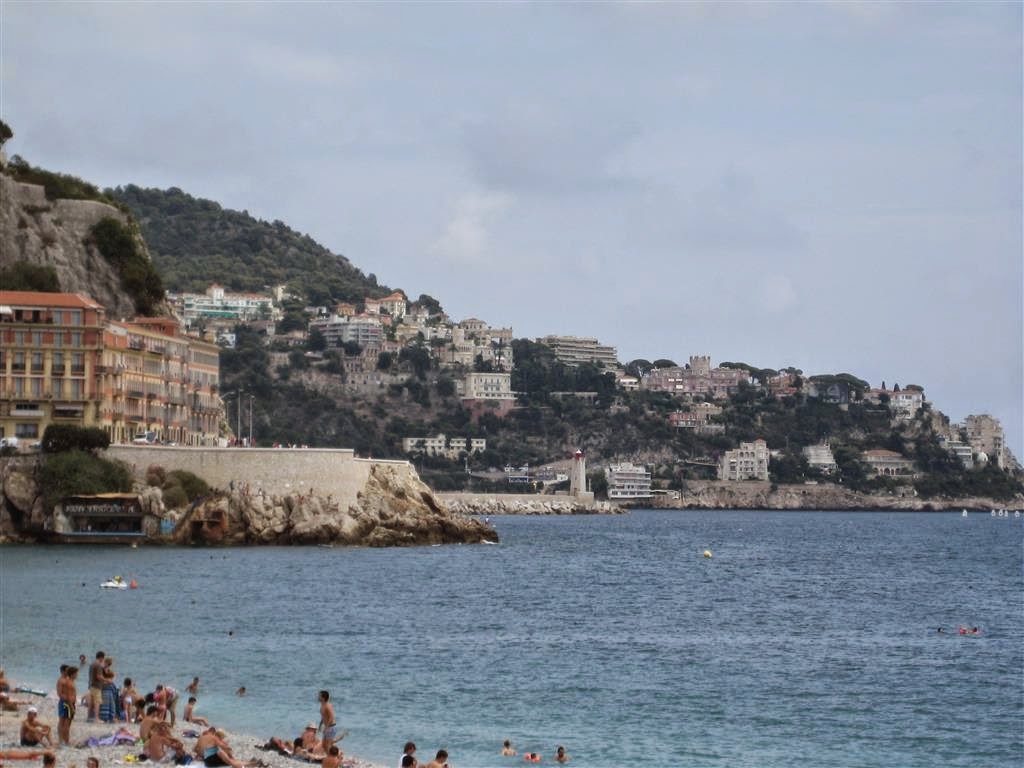 The area, like the film, had a grip on my heart and imagination long before my journey was over. Nice can do that to the soul. It still casts bright shadows of excitement whenever I back there…if only in my mind.
Posted by Author Denis J. LaComb at 9:30 AM