One of the local jokes among residents of the Coachella Valley is about the Salton Sea. There have been so many newspaper articles over the years about the fish kills, rank odors and the morbid housing scene along its shores that no one would want to venture down there at any time. 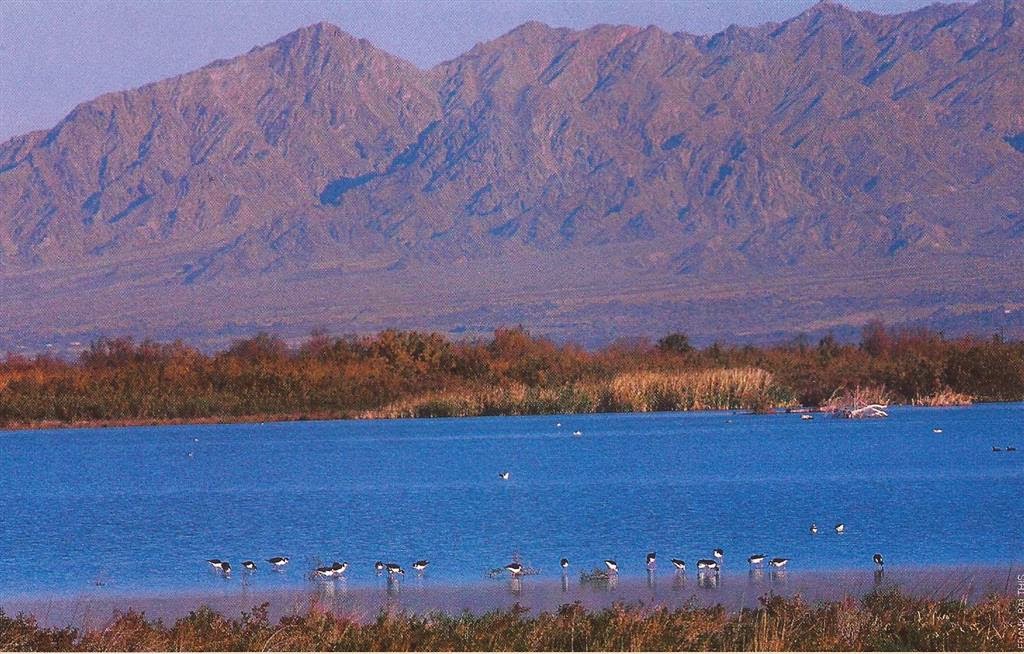 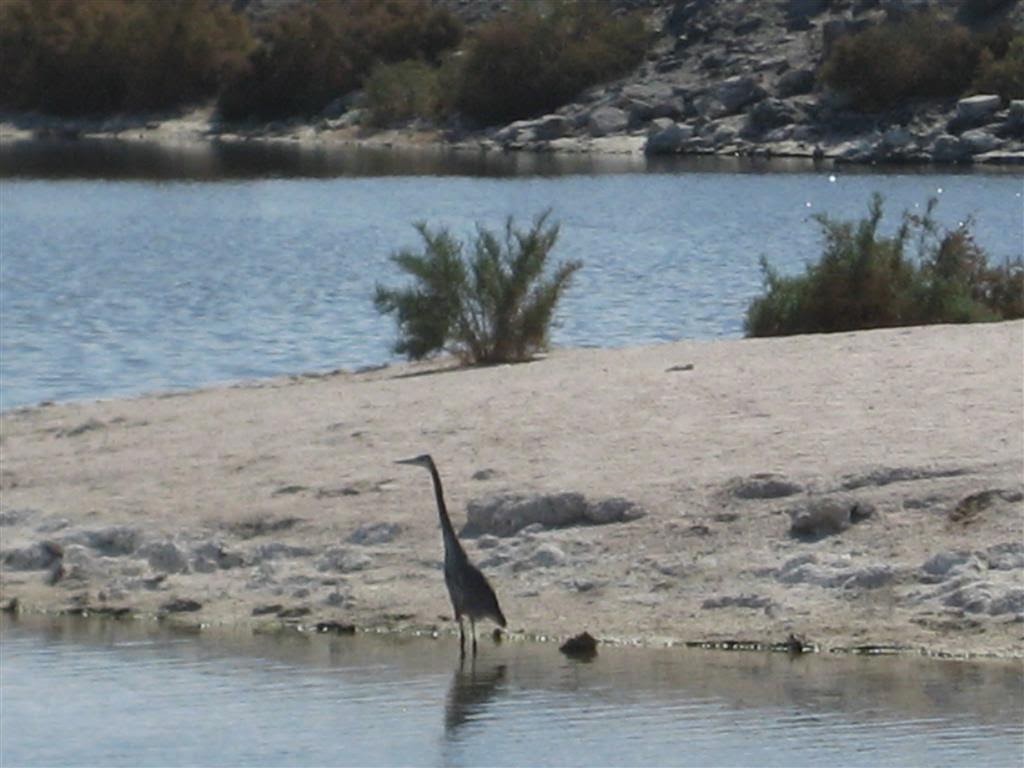 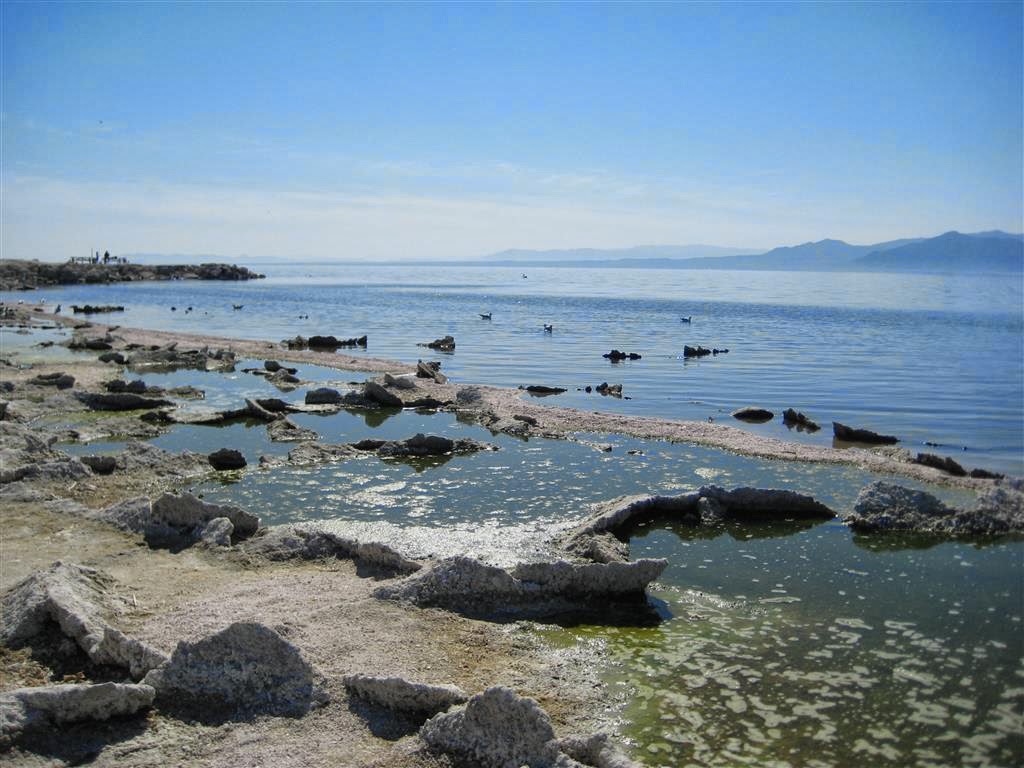 That’s too bad because the Salton Sea is a fascinating area teaming with wild life and only the occasional bad smell. It’s well worth a trip south from the tonie communities that make up the Palm Springs area. Of course speaking like a native, in the fourteen years that I’ve been coming to Palm Springs, I had never ventured down there myself. Ignorance was bliss and I was blissful…and wrong.

Recently my brother-in-law came to town and wanted to visit the Salton Sea. He’d seen a two hour documentary and was fascinated by California’s largest inland sea. I was a willing participant in our exploration south. 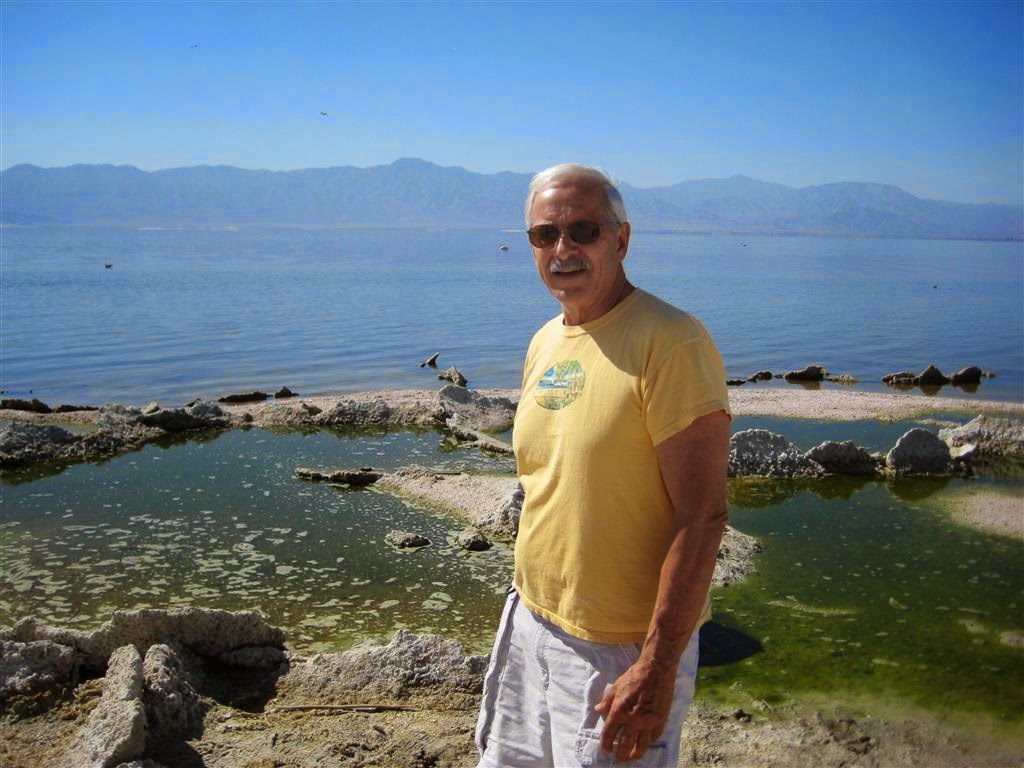 The Salton Sea is California’s largest lake measuring more than 35 miles long and 15 miles wide in spots. It has a surface area of over 380 square miles and sits at 332 feet below sea level. The sea was created back in 1905 as the result of an accidental break in a canal cut into the Colorado River. For 16 months, the river ran unchecked into the lowest area around; the salt basin which became the Salton Sea.

But it wasn’t the first time that the area had seen a large body of water. Thousands of years earlier, Cahuilla and other California Indians occupied those lands. When they first arrived, the Salton Sink held a much larger body of water – ancient Lake Cahuilla. Geologists estimate the sea has appeared and then disappeared about every 400-500 years. 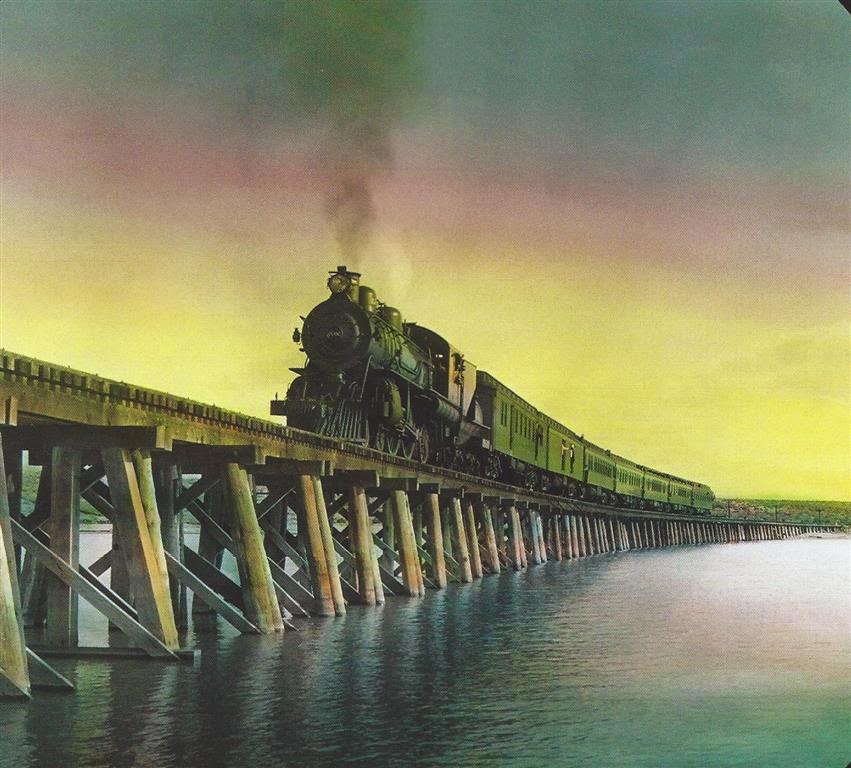 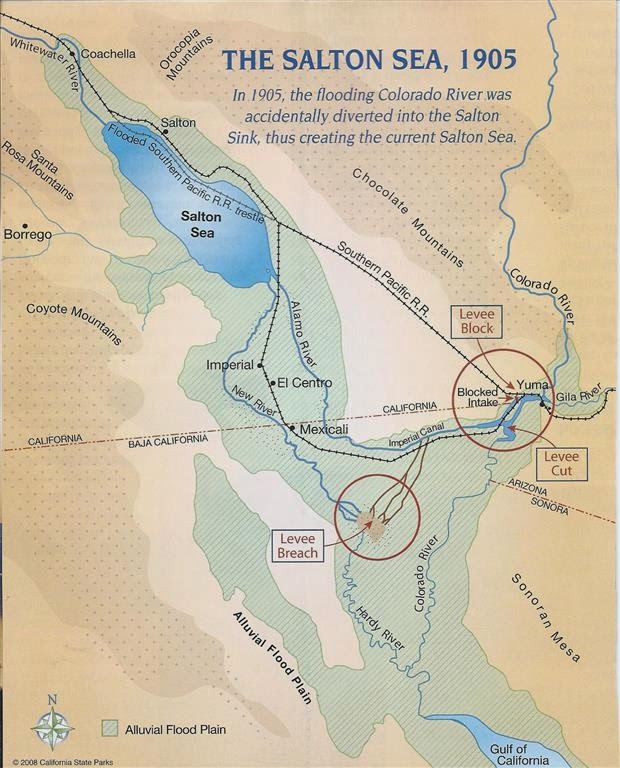 After the Indians, came the first settlers and railroad men who built a line of the Southern Pacific Railroad through a part of the sea. Nearby agriculture began to grow in what is now the communities of Coachella, Thermal and Mecca.

By the mid-fifties, the Salton Sea had become a major recreational water resort area for Southern California. But two hurricanes; Kathleen in 1976 and Doreen in 1977, caused such wide-spread damage to neighboring farm lands that the runoff caused a major increase in the salinity of the sea. That, in turn, caused major fish-kills and bird-kills and created such a major issue with noxious odors that residential development came to a stop.

Today the salinity level of the sea stands at 45 ppt. Only the tilapia fish is able to survive in such waters. While fishing is still good for the tilapia, fish kills continue to plague the area with their harsh smells. 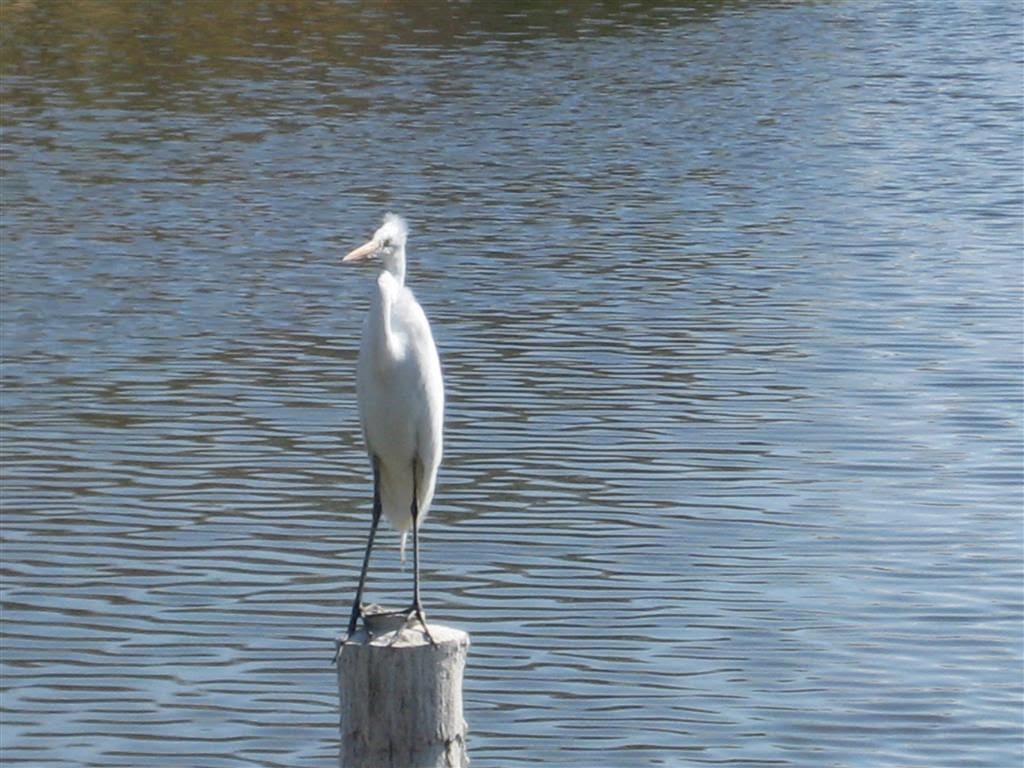 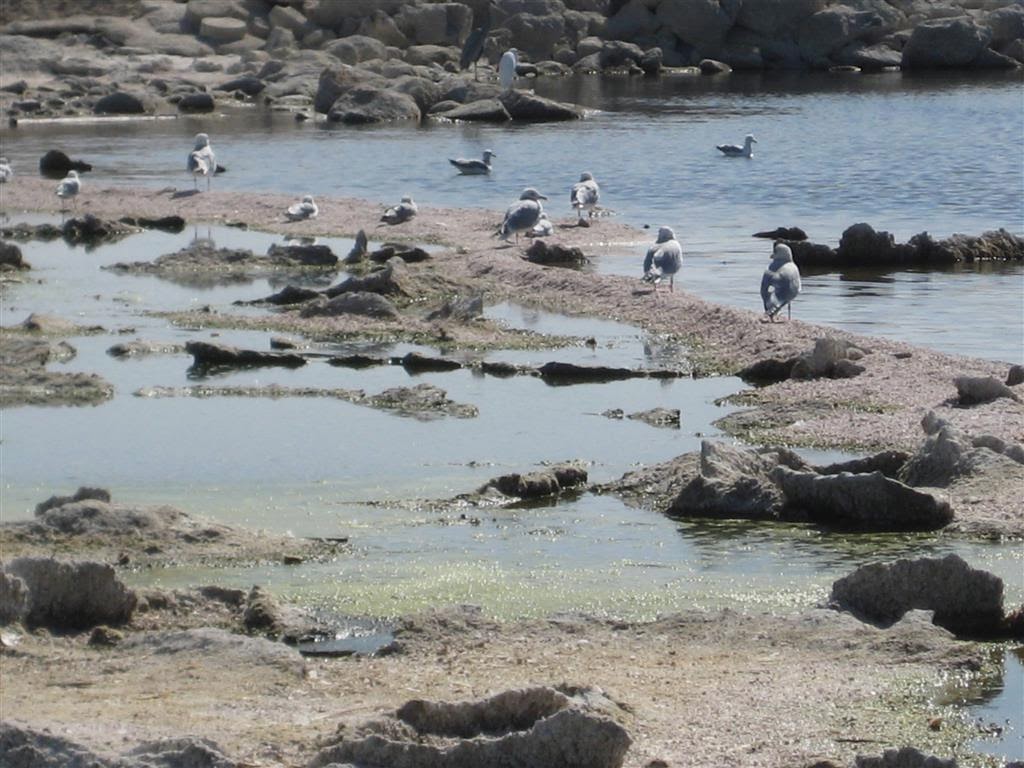 Along the northeastern edge of the Salton Sea lies one of the world’s most important winter stops for migrating birds traveling the Pacific Flyway. The migration begins in October and by January more than 400 species of migrating birds fill the skies above the sea. By the end of May, the birds have moved on.

Like any other large natural area in California, there is much more than just the sea in the Salton Sea area. Over the centuries the fragile ecosystem of the area has provided sanctuary to an extremely diverse collection of wildlife and the critical habitats that support and nurture them.

For example, the sea holds millions of fish that feed the masses of wintering birds, including herons, egrets, brown and white pelicans and kingfishers. In the fall, birds of prey arrive. Among them are peregrine falcons, osprey and ferruginous hawks.

Plans to reclaim the sea and turn it back into a major recreational area have begun and stalled dozens of times over the years. But in 1998, Congress finally passed the Salton Sea Reclamation Act directing the Secretary of the Interior to prepare a feasibility study on restoration of the Salton Sea. Slowly but surely, progress is being made to turn the tide in that direction. 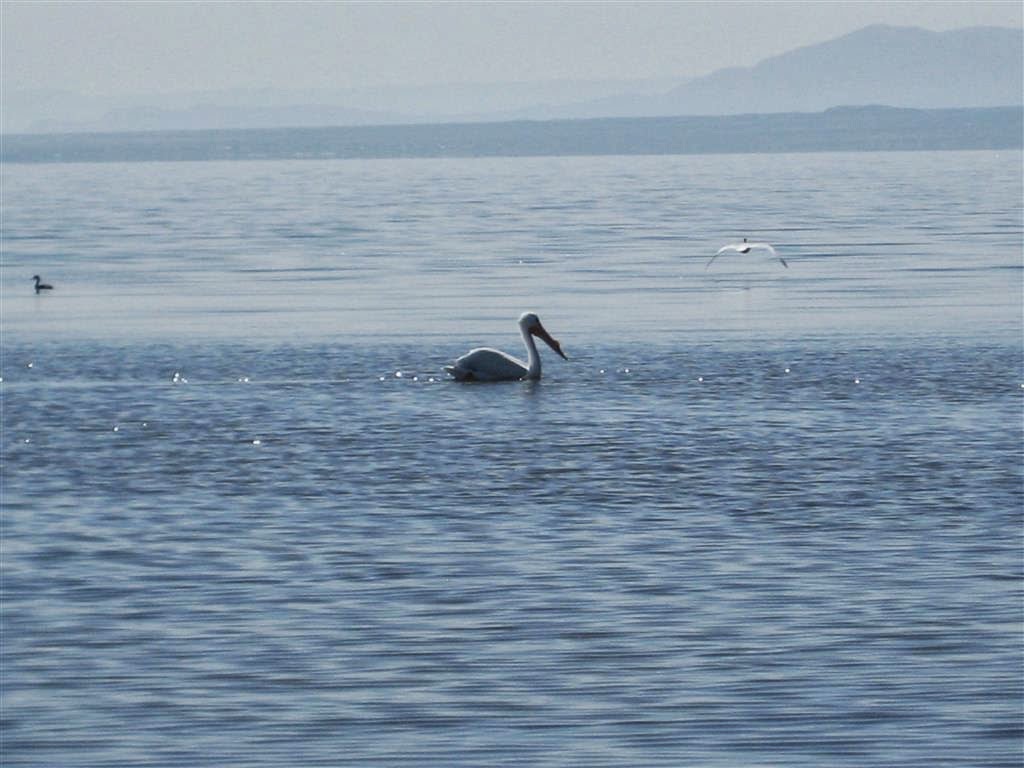 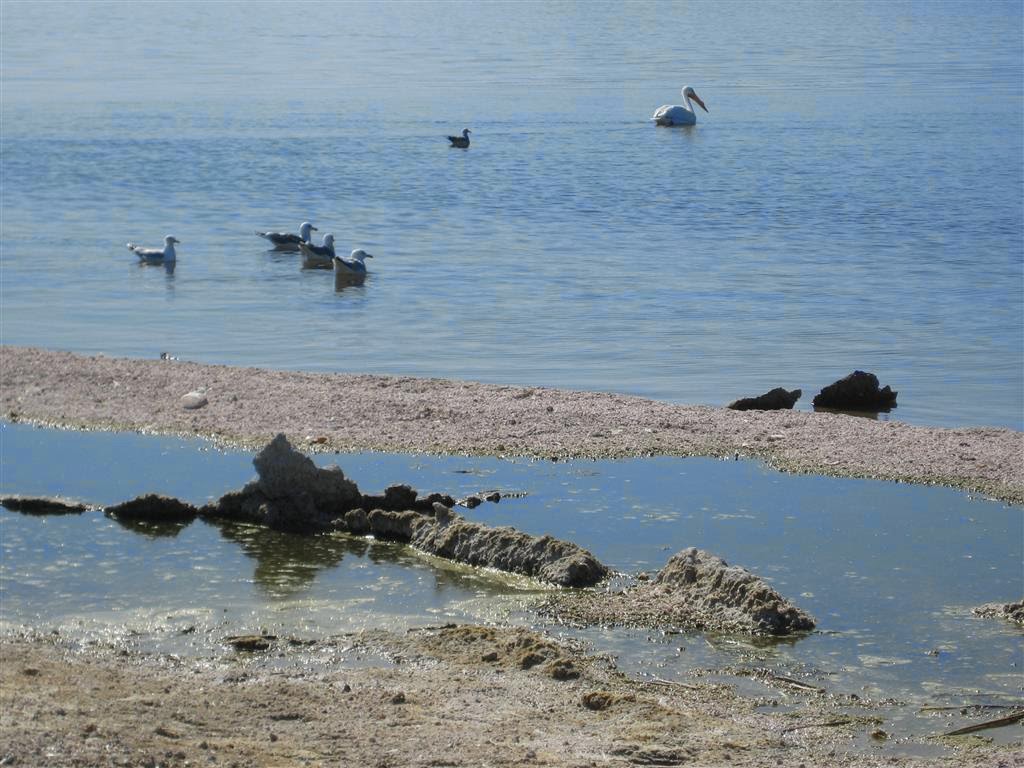 The Salton Sea and its immediate vicinity have many recreational activities to offer, including: camping, bird watching, fishing, hiking, boating; use of personal watercraft; hunting and off-roading.

It will take years, perhaps decades before the sea might possibly return to its past glory. More feasibility studies will be made, more funding sought and grand schemes hatched. The possibilities for commerce, recreation and development are enormous.

Until then the Salton Sea is a magical place for walk the shoreline, observe the birds and time your visit to avoid the smell. A small price for a wonderful watery treasure in the middle of the desert.