REPOST: Three Days Out of Paris 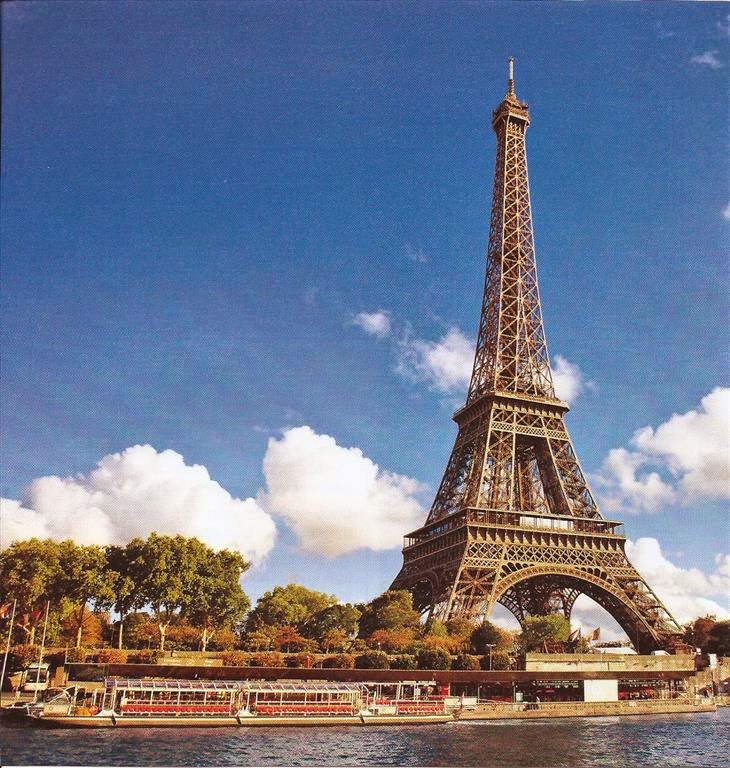 Due to a family medical emergency… will be back to regular blogging in a couple of weeks. Thanks for reading my blogs. This week, I decided to re-post a selected blog post circa August 2014. 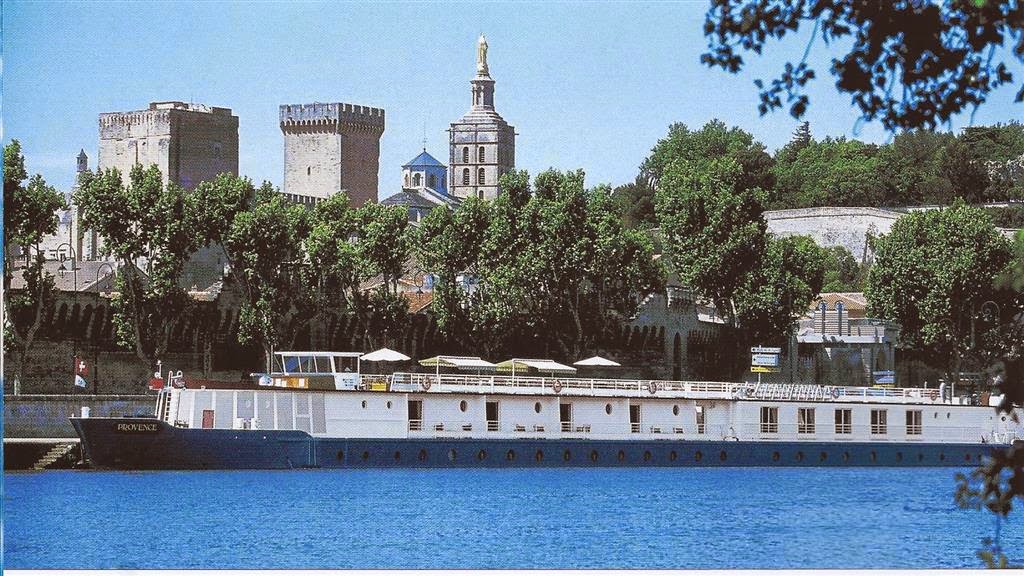 After three days in Paris, we were on a river boat meandering south along the Saone River. The river cruise was a welcome respite for both of us. Sharon had been dealing with multiple issues at home centering on her mother’s recent move into assisted living. I hoped the cruise would be a chance for me to recharge my creative batteries while combing the crew, passengers and quaint towns and villages for new writing ideas. It would be a wonderful opportunity for both of us to erode mind-blocks hampering an otherwise wonderful summer.  In some strange sort of way it was deja-vu all over again for me. 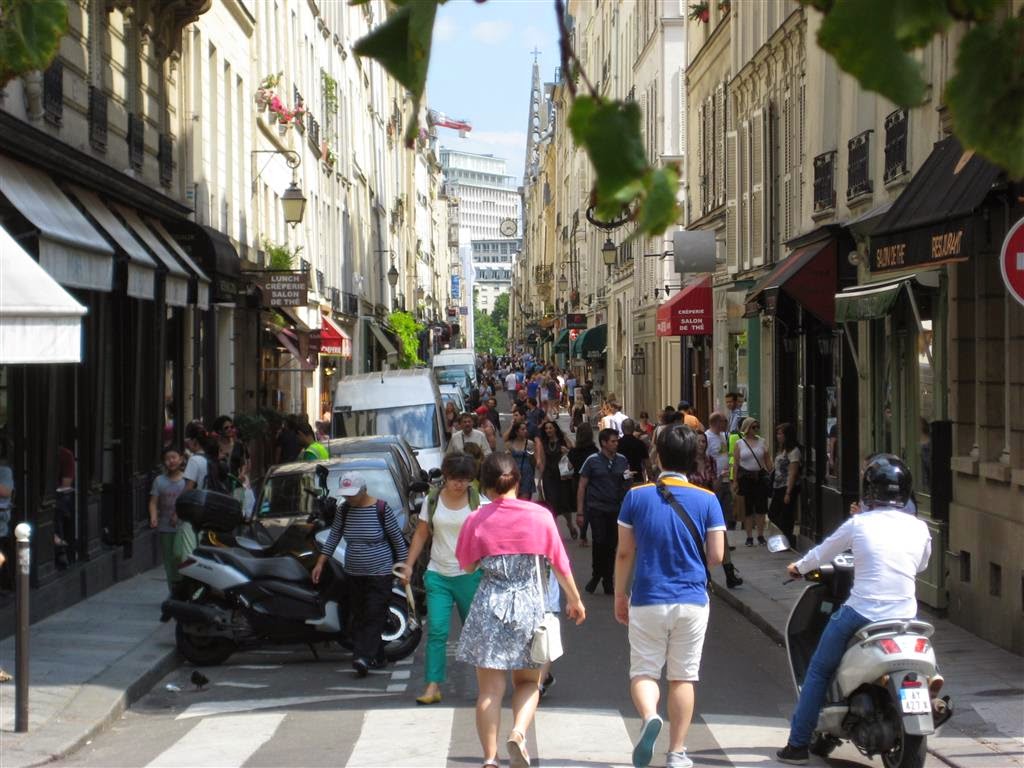 It had been a long time since I’d been tramping the narrow streets and grand thoroughfares of  old Parie. Perhaps even longer than I imagined. Maybe that’s why I felt so comfortable there.
My lineage is French Canadian with a strong German accent. If I go back far enough; by Joe, I’d probably be home again. 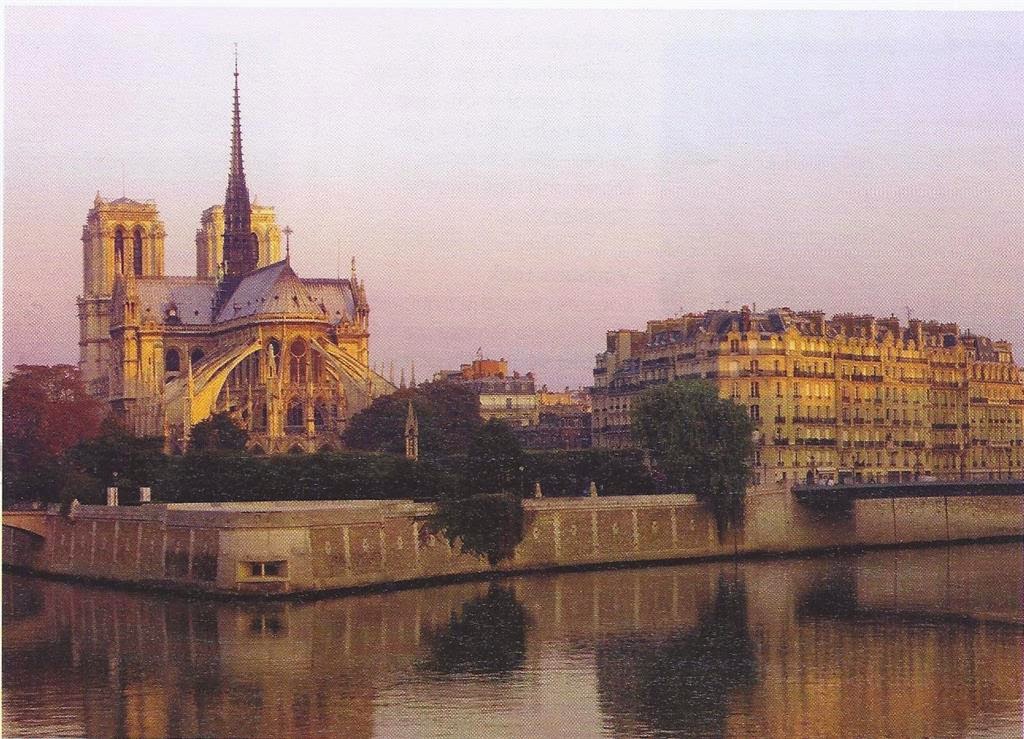 Paris has always been a seductive mistress. As the song title goes, ‘The Last Time I saw Paris,’ it was a much different time and I was in a much place in my life. My first sojourn into the city of lights was supposed to be a simple pass-through as part of a full-blown retreat from the harsh reality of winter in Denmark. 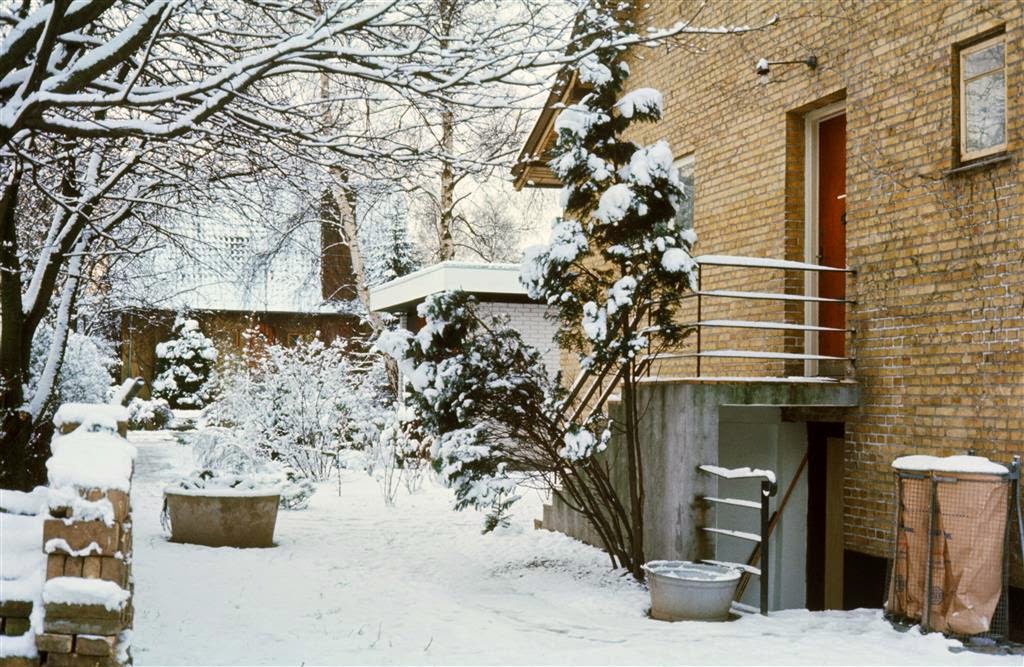 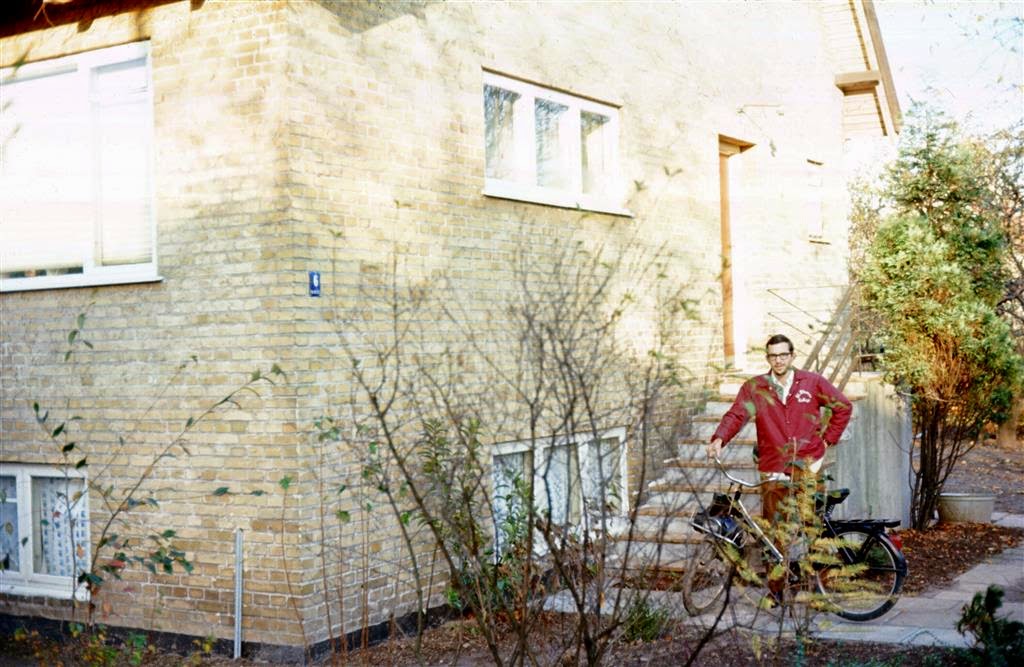 The experience of living in Denmark had been exhilarating at first. But gradually the daily work routine had grown stale with a lack of friends and no clear direction in my life. Then as the first snowflakes powdered my apartment steps, I realized another Minnesota winter was in my near future unless I split for someplace warm. Compounding Mother Nature’s wrath were my own lingering doubts as to the wisdom of leaving home for living in a foreign land without any clearly defined plans or objectives. I was like a rudderless ship facing a coming storm.
It didn’t help that the few friends I had up north were all moving on themselves. Tina was leaving town for Istanbul and points east on her way back to Arizona. My Canadian travel pal was heading off for parts unknown.  My Spanish tutor Maria had left the laundry to go back to Spain. Heidi didn’t want me to go but that was a commitment I wasn’t ready for. I loved that country and its people but it was time to move on.
The south of France seemed a logical answer to a young kid who was ill-equipped and clothed to face that Nordic reality. Tall tales of warm sunshine, topless sun bathers and easy work was enough to lure me into the false sense of road security. I was assured that a quick thumb and ready smile would take me there in just a couple of days. 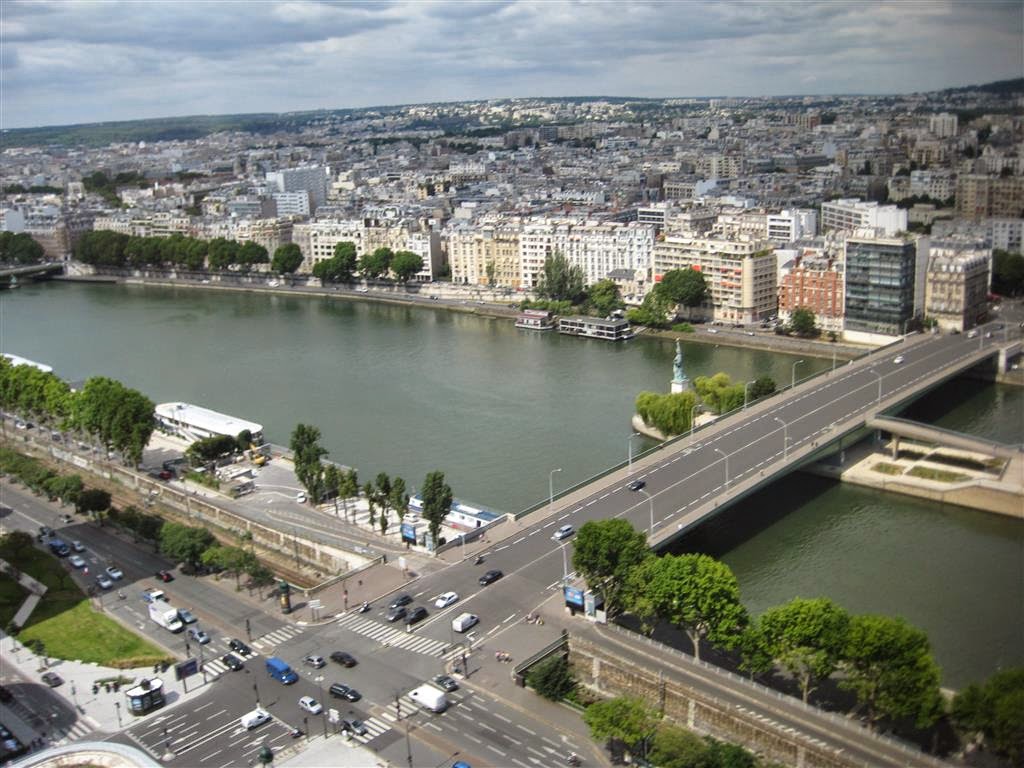 By the time I got to Paris, all bets were off.  I trudged through the city in hope of enlightenment but instead only got hustled by Gypsies. After three days of aimless wandering I was ready to cash in my pocket money for a ticket home and three steady meals a day. I found a travel agency, got a one-way ticket home and left on a silver bird the next day. Living in Europe was more than I had ever expected. Fortunately over time I was finally able to see it as a wonderful preview for travels to come. Snow White and theSeven Seekers.
My second trip back through the fabled city of love was just another pass-through on my way to Amsterdam and the even-more fabled coffee houses on Canal Street. By then, I was working in television and ready to hit the European continent on much better mental grounds than before. Paris was a wonderful taste of foreign adventure before I even got to my favorite city across the sea. Amsterdam had that kind of draw for me. Europe, the Second Harvest.
My third trip was passing through Charles De Gaulle airport on our way to Vienna and the beginning of our river cruise from Vienna to Amsterdam over four different rivers. 94 Locks and a GoodCup of Coffee.
Paris has always been that stand-alone, a bit stand-offish kind of friend. At once it can be charming, brash, conceited, seductive, alluring and always surprising. Taken on its own terms, the city offers sunlight and sin on an equal basis. This fourth trip through Paris would mean three days in the city before we boarded ship for our cruise to Nice. 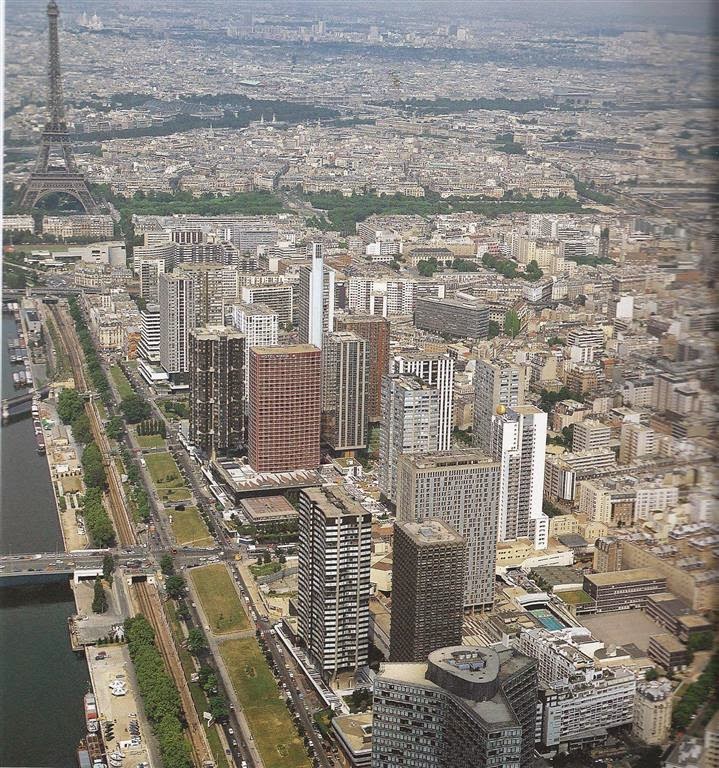 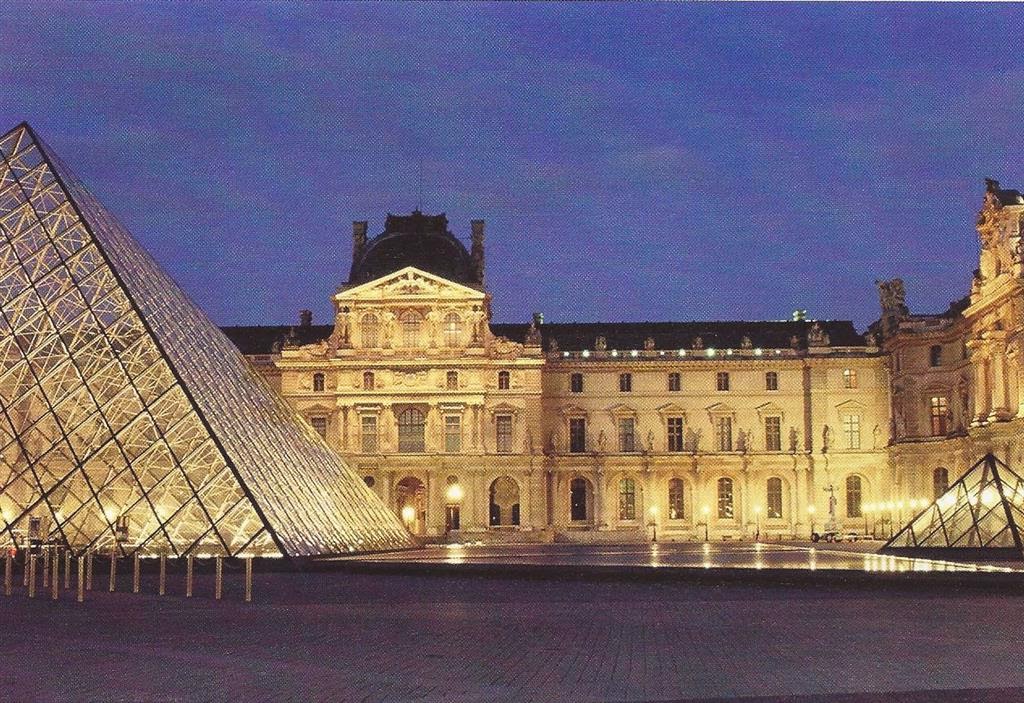 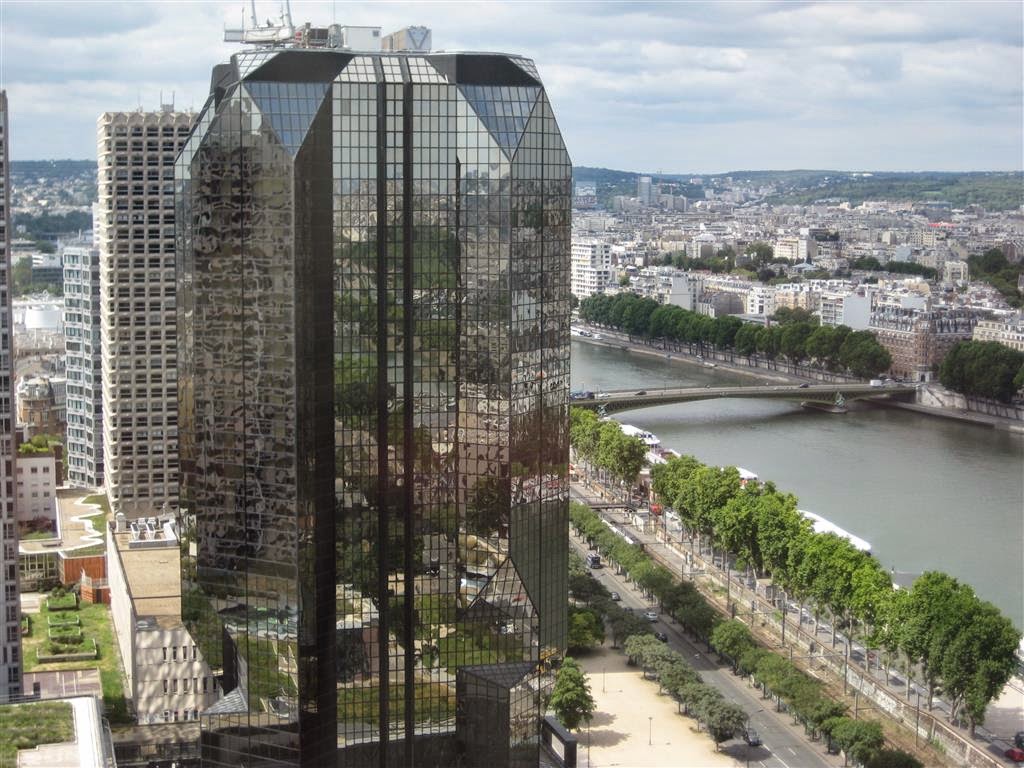 The city is different now than back in the 60’s. Ornate low-rise buildings have been toppled by towering glass hi-rise commercial enterprises. There are more tourist boats on the Seine than commercial traffic. Bike-sharing stations pepper the city with their light blue bikes while the new tour buses squeeze into narrow side-streets that even an old donkey cart had a hard time maneuvering. Signs of progress are everywhere but nowhere as dramatically as on the ring route and major arteries that are clogged with vehicles of every size, shape and purpose from morning to night.
The city has evolved and changed yet feels much the same as it did back in the Fall of Sixty-Seven. The locals have long grown used to the artists, vagabonds, tourists and people of the streets who wander by their doorsteps in search of enlightenment. The smell of cooking, cleaning and daily living still permeates the side streets and dark alleys.
I’m physically in a different place in my life but mentally it hardly feels as if I’ve left town at all.
The distractions are everywhere. From traffic that can clip you off your feet if you aren’t looking to Gypsy girls who study your every move for an opportunity to strike at your wallet. Still some things never change. All the young French girls and women are out in force, their low-cut summer dresses, short shorts or white flowing transparent skirts (short slips underneath) a marvelous distraction. One’s eyes can’t help but wander and wonder. 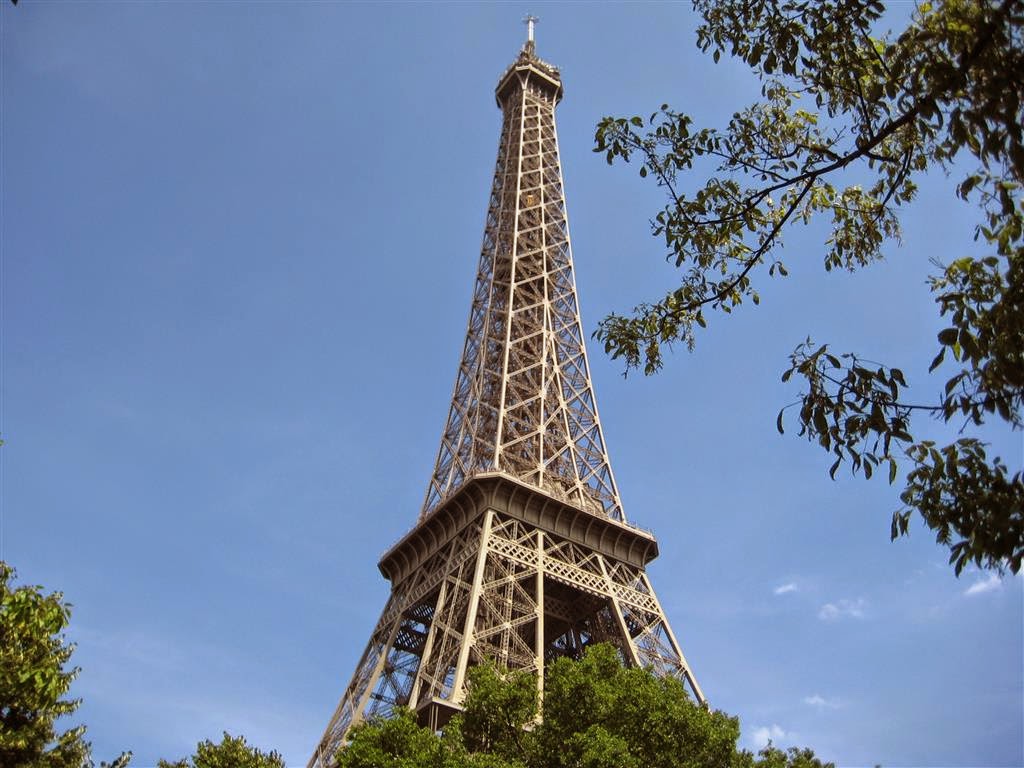 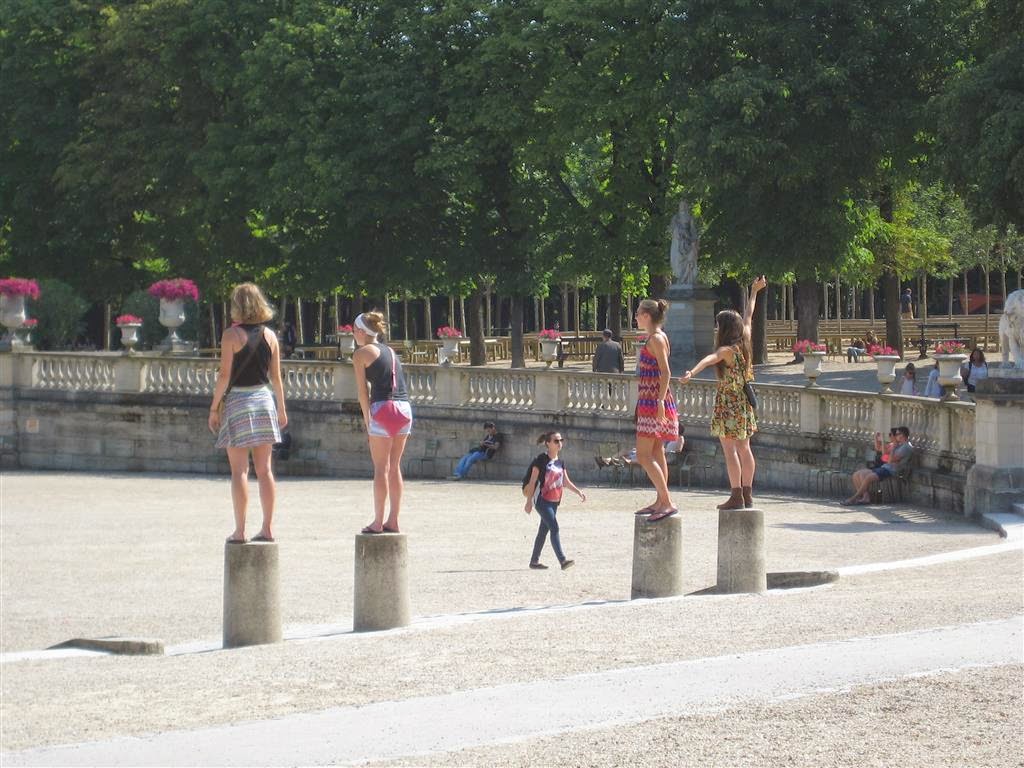 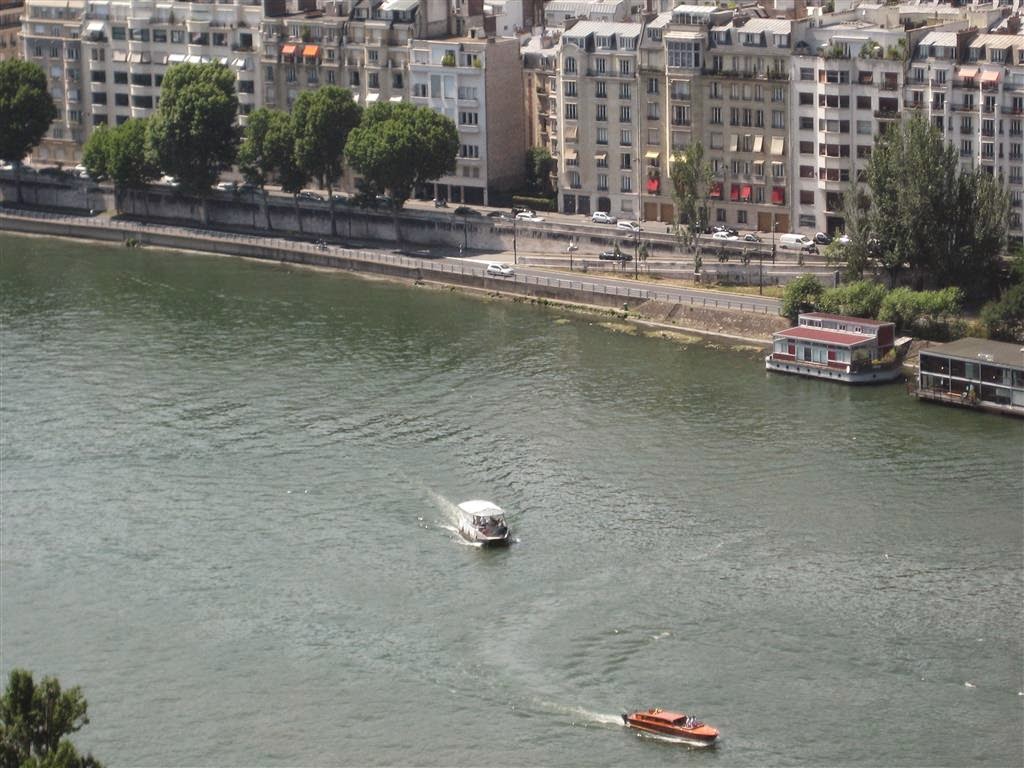 There’s a Parisian phrase that goes: ‘On the Left Bank, we think and on the Right Bank, we spend.’ I have little interest in the Right Bank where towering glass institutions of commerce and wealth line the Seine. My heart and my head are back on the Left Bank where Montmartre and the Latin Quarter still attract all kinds of creative spirits. While there’s no time to retrace Hemingway’s Paris haunts; I find the quaint cafes, dark narrow alleys and winding streets are still filled with the polished and unwashed alike. And while the new Bobos (bohemian bourgeois) fake their artistic lineage at gallery openings, true artists continue to live in squalor and strive to find meaning in life itself.
Montmartre still holds an allure for me. Climbing its hill brings back the same sense of wonder along with deep breaths and dampness across the brow. Parisians talk about the place the way New Yorkers talk about the village. Hemingway is no longer lingering at some corner café but other bohemians, artists and lost souls have taken his place.
Some places never change. Paris is one of them. Like other great cities that are constantly evolving with the times and different flavors of humanity that crowd its sidewalks and fill its cafes, the City of Love continues to hold an allure that is impossible to describe. Every visitor has their own version of its magical pull on their senses. For me it is the storied history of writers and artists and bohemians who have haunted its shadowy recesses since Celtic Gaul’s walked its shores.
The first time I stumbled into Montmartre I ordered a coffee at some small corner café. It was a thick black muck that gripped my spoon and burned my throat. No wonder all the pretty young girls were sipping theirs so slowly and taking forever to finish their thimble-sized drink.
This time around, I ordered a beer and slowly sipped it, taking forever to finish the warm liquid. Crowds brushed past my chair and dropped cigarette butts at my feet. The rush of humanity flowed unabated in a steady stream past our café. They were all looking around but not seeing a thing. It was just another day in Paris for them.
Me…I was home again.
Posted by Author Denis J. LaComb at 12:00 AM