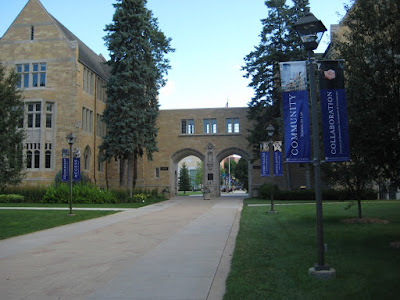 It was one of those strange ‘ah-ha’ moments that crept into my brain as the speeches droned on amid the clinking of water glasses being refilled. Sharon and I were guests at a University of Southern California alumni funding raising event Down Valley at the Classic Club in Palm Desert.

A good friend had invited us there to hear an outstanding young man named Jake Olson. Jake had been blind almost since birth. He gave a fascinating talk about his experiences growing up blind and his close affiliation with the USC football team. As Jake shared his inspirational story, it became a siren call for my mind, once more, to go wandering back in time.

The USC alumni event was similar to others I’ve attended like Notre Dame Parent events on campus, the Father-Daughter dance at the College of Saint Benedict and the St. Thomas Law School Parents Invitational. Collegiate alumni events usually follow a similar pattern of sharing school pride, loyalty, and hope for the future.

Therefore, of course, with my over-active mind already soaking in the sights and sounds and under-current of collegiate comments swirling all around me, I couldn’t help but go back in time when I was enmeshed in a collegiate experience of my own.

The realization came pretty quickly that I’d been ‘back on campus’ before. In fact, on four different occasions. Each one more radically different than the one that preceded it. Four different cauldrons of life experiences from which to draw up collegiate images from my past.

Unlike our children for whom Sharon and I insisted they have the full ‘collegiate experience,’ I never felt really comfortable around the campus quadrant. I was like a fish out of water; too hung up on getting good grades and paying for that opportunity. For one thing, I was always working. I still lived at home and there was never continuity to my existence there outside of the classroom. 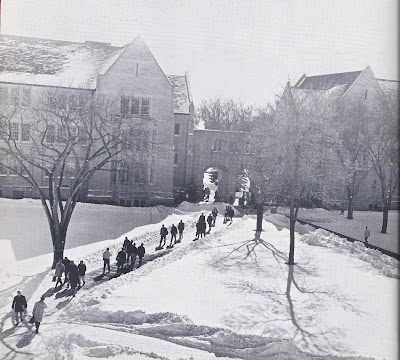 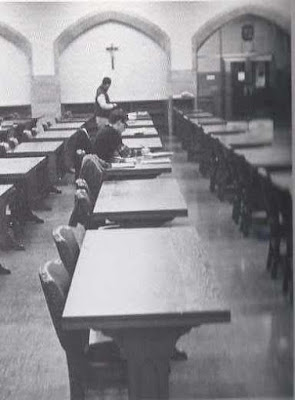 My first campus venture was from 1961 through 1963 at the College of Saint Thomas. As documented in my novel ‘Love in the A Shau.’ St. Thomas was a private, all men’s Catholic college set in middle class Catholic tradition. Sports played a prominent role in campus life as did sorties to the All Women’s College down the road. For those who could afford to live on campus, it was the idyllic early sixties campus experience. A stroll through the campus parking lot reminded me that a lot of my classmates had well-to-do parents. 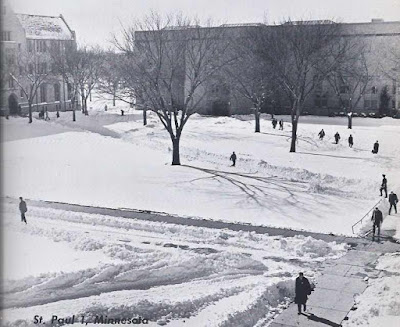 My second collegiate experience doesn’t really count very much if at all. It was two brief quarters at the University of Minnesota, 1963 to 1964. I left a classroom of thirty students at St. Thomas to find myself squeezed into Northrup Auditorium with twenty-six hundred other ‘Intro to Psychology’ students.  I was lost on that sprawling campus even before I parked in one of their multiple parking lots and started wandering the crowded streets to find my classroom. To say it was a calamity even before it began would be a real understatement. Uncle Sam rescued me from that certain educational disaster and gave me a two-year reprieve. 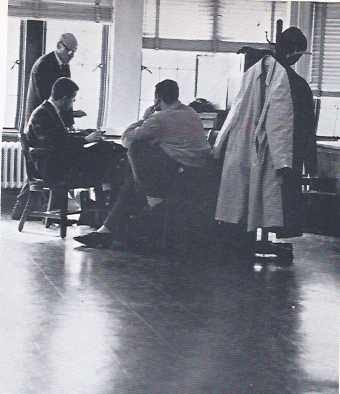 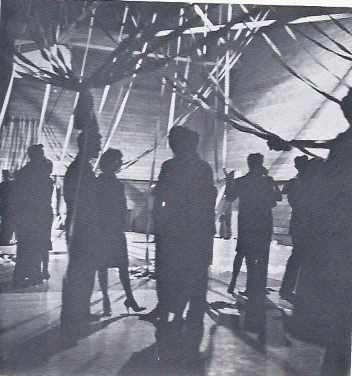 A return to the St. Thomas campus in 1966, thanks to the GI Bill, proved a pleasant return to a more normal campus lifestyle. I was still living at home but now there was more time for campus events and Yearbook involvement. A lingering romantic entanglement made for pleasant distractions from work and studies. After that period of love and lust crashed and burned, I graduated and moved to Europe. College had been diced and sliced and chopped up into divergent life experiences but overall it was satisfying, gratifying and earned me a college degree. I was done with school or so I thought. 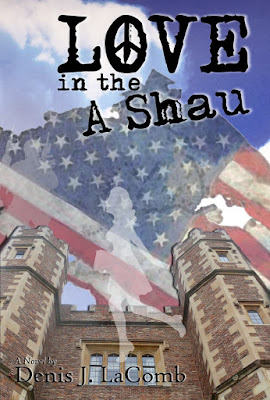 Writing ‘Love in the A Shau’ proved a cathartic return to campus one more time. While researching my storyline, I went back in time to capture the sights and sounds and visceral experiences of a freshman on campus. After my protagonist returns from military service, I tried to capture the emotional roller coaster he felt being once again back on campus.

It was for me an emotional and cathartic roller coaster return to what might have been. It was a chance for me to paint a picture of my hero (in truth, myself) back on campus and create events as I chose for my hero to experience. It was a chance to encapsulate all those pent up emotions I had back then and expose them for my readers and in turn, to purge them from my soul. It was painting an idyllic ‘Playboy Magazine’ image of campus life as seen in their glossy air-brushed versions of real campus life. In turn, it was fun, fulfilling, foolish, and quite satisfying if only in my imagination.

They were four different tours of campus life at four different times in my life. Each passage was radically different in their approach, their outcome and their reflective abilities to peak my imagination. Three have been captured in yearbook photos. The fourth in a storyline of my own making.

Email ThisBlogThis!Share to TwitterShare to FacebookShare to Pinterest
Labels: college of st. thomas, Jake Olson, Love in the A Shau book, University of Minnesota, University of Southern California, usc

I remember sitting in those classes of 3,000 at the U of M. I also had to work to pay for my education and work and study didn't work well together. Joined the Air Force after one year and never looked back.