Who is Stalking Me Now 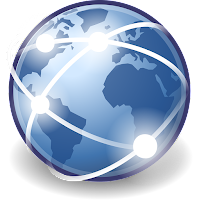 Back in 1999, noted intellectual Paul Krugman said that by 2005 the internet would be no more influential than the fax machine. Guess he got that a little wrong. The internet has given me a world-wide audience. Though still small in numbers it means exposure in foreign lands I never knew I would ever reach.

I now have a worldwide audience whether I intended for that to happen or not. It’s small but it’s real. My writing platform circles the globe from the United States to the United Kingdom. It covers India, skips through Asia and into Russia then back to Minnesota again. It also makes side trips to about a dozen other foreign countries and at least three-fourths of all the states.

But who are these folks that have been visiting my Facebook page and reading my blogs? Their names, gender and age are still a mystery. But their presence is very real according to the cyber bots that monitor such things.

There is a notable difference between data and analytics. ‘Data is the sensory information produced by a business that has its eyes and ears on operations and customers. While analytics is the brain that processes that information and provides insight which ideally leads a company to take meaningful action.’*

I have neither the complete data nor the ability to process the analytics relative to my own web sites. I guess, in the end, those exact names, gender and reading preferences matter little at this stage of my plowing the fertile fields of a reading audience.

What is important is the breath and width of my readership and the obligation I feel to be true to my writing self while giving my audience material to enjoy.


A lot of my readers in the United Kingdom, Australia, New Zealand, and India were generated by my westerns. There is a small but almost fanatical audience for Americana among these folks. Many of the readers stateside come from states or communities I am familiar with. It’s a safe assumption that I’m probably guessing correctly more than a few of who those readers are. I knew I had readers out in cyber space but I didn’t know the exact scope of my reach.

How or why a reader in Turkey, Uganda, the Philippines, or the Sudan would read my works is beyond me. But they do and at times have left comments on my blog space. There was a time when I had a large following in Russia which made me more than a little nervous but that has since subsided.

All of this data mining and analytics reminds me of the power and scope of the internet where a simple blog such as mine can travel through cyberspace around the world and garner responses from every corner of the globe. 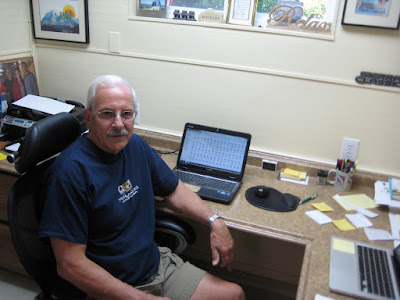 I have no idea if my blogging is making a difference in expanding my writing platform. All I can do is continue to be ‘open and honest’ and see what comes of it. And if that audience enjoys my writing, agrees with it, or even disagrees with it, I can only hope that they find it a wise use of their time.