There seems to be three kinds of folks who reside in Palm Springs.

The year-around residents who are seldom called natives since very few of them were ever born and raised in Palm Springs. Then there are the snowbirds who migrate here every fall and leave in the spring. Finally there is that curious tribe of part-timers who live here during the winter months and then go back to their other world when the air begins to bake. They’re neither full-timers nor are they just casual visitors. Most of them would bristle if you call them snowbirds but they haven’t endured the brutal summer heat so they can’t wear that full-time moniker either.

Palm Springs, like a lot of other resort communities, has a transient nature about it. Since its inception in the mid-30s it’s been that place most folks visit but seldom stay. The migration is heaviest during the winter months when a lot of visitors come here to pretend they’re in the playground of the stars, they’re someone else and reality is just that dirty snowbank blocking their driveway back home.

Unfortunately some of the natives find friendships with part-timers akin to those fleeting friendships in the service or temporary companionship on a cruise ship or tour bus.

While some of the locals, confident in themselves, can easily say: “It was great seeing you again. Let’s get together next fall when you return” there are others for whom part-time friendships are tainted by absence and waning interest. 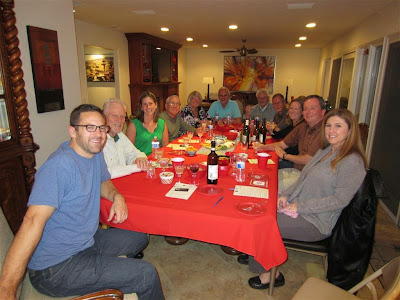 It’s a curious kind of limbo that straddles two worlds; here and back there. The real challenge comes in establishing friendships or relationships amid a juxtaposition of a limited time frame, an artificial environment and focused commitment to the essence of what it means to be a friend. Some of the natives (full-timers) can accept these conditions while others can’t quite grab hold of that concept. I’m not sure why.

I’ve experienced some of those confusing relationships during the three seasons that we’ve spent here. In some instances, I think we’ve became casualties of unrealistic expectations in the land of make-believe. That or some resentment over the fact that we don’t have to endure the harsh summer months here.

My first season here I belonged to a great screenwriting group led by an energetic woman named Judy. Our meetings were lively, entertaining, informative and challenging. Unfortunately that spring Judy left for upstate New York and the group dissipated over the summer. Everyone had disappeared by the following fall.

Over several seasons, my wife and I have met several couples who live in our neighborhood. We quickly became fast friends…for a relatively short period of time. Then much like elementary school ‘best friends’ they disappeared over time and never reappeared. Now when we see them at neighborhood gatherings it’s as if we never met them in the first place. Very strange behavior indeed.

Last season, our fitness center became a casualty of the demolition of the Spa Hotel downtown. When the swim group went looking for another place to exercise it turned out that no other hotel wanted to take on a group of older men and women who simply wanted a place to exercise each morning. The hotels were very clear that they’d rather pander to sometimes drunk, usually half-naked twenty-one year olds around the pool rather than a group of steady customers serious about their exercising each morning. It was strictly for insurance purposes we were told.

Eventually another pool was found but within that group a growing chasm between natives and part-timers ended any hope of reunification. So the old group of year-round residents has their pool and Sharon and her friends found another one in town. 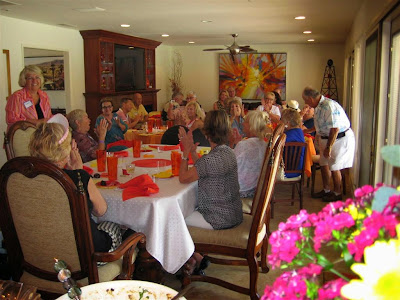 Over the seasons, some members of our loose federation of friends and associates became very comfortable with parties and events at our house. They loved coming here because (to be quoted) “Sharon is such a great hostess and you folks have the space.” But over time the idea of having reciprocating events at their place is no longer became part of their lexicon. A curious turn of events.

On a more personal level, I’ve met several fellow writers with whom I shared some great moments over coffee. But they also seemed to vanish into the background and never reappeared again. I’d like to find out why but their cyber door hasn’t been opened for quite some time now.

So this curious quest for new friends on a part-time basis continues.


Fortunately there seems to be a growing cadre of new friends who are unhindered by time spent apart. My mantra is to seek them out here and there. I’m always searching for new ones while trying to hold on to the old ones; even tougher for an introvert like me.

Next season I hope to get more involved in local theater and play-writing. There is a new screenwriting group with the Palm Springs Writers Guild that I want to examine. It should be an interesting journey.

But I’m not interested in ‘empty calories.’ I want substance over distance and honesty over cocktail pleasantries.

Life is too short to expect anything else.
Posted by Author Denis J. LaComb at 4:00 AM