Memories are a curious kind of phenomena.

I can’t remember a lot about growing up in our single parent household with just my sister and mother. Not because it was sad or traumatic which it wasn’t. And I don’t think there were any incidents that might have repressed certain memories. Recollections of that period in my life are simply few and far between.

On the other hand, my sister has vivid memories of that period growing up. Sometimes she can recall in great detail little incidents and events that seem totally foreign to me. It’s as if I was never there in the first place.

The same thing happened with some old college friends that I’d recently gotten reacquainted with. Most of them had vivid memories of events that occurred back in school. Some events I can remember while others seem like an empty dream. Really, was I even there?

Granted that was a very crazy period in my life. I’ve already blogged about that decade in ‘My Lost Years.’ I’ve tried to document my life in the military, living in Europe, sequestered in the Amazon, traipsing around the country, falling in and out of love and other sordid adventures before they all escape my memory bank. Trying to recall those glimpses into my past often brings up just vapid images and faint recollections. If it wasn’t for old photographs those mental images might be a total blur.

It’s funny how memories of past relationships and/or friendships can sometimes paint rainbow images in your mind. Yet when confronted with reality your memories don’t always match those of the other party. It’s an interesting paradox. What really happened back then and from whose perspective?

And it isn’t just a question of ‘he said…she said.’ In reality, it’s a present day memory-story of what the other party really meant verses what was or wasn’t stated in the first place. Turns out, you just thought you knew what was stated or implied between the lines.
The paradox that’s seldom addressed is ‘what kind of baggage were you both carrying at the time?’ Have you ever had the experience of thinking you know someone else pretty well and then they turn out to be quite different from many of your expectations? Or reflecting on a past relationship, you could never figure out when the hell it went south and why.

I’ve already waxed philosophically about those folks who have entered my life for brief periods of time and then exited as quietly and subtly as they entered. There has been a plethora of acquaintances from school, the military, past jobs, social organizations, neighbors or other passing friendships. They came and went in a rhythmic pattern but always leaving behind fleeting impressions, temporary feelings and sometimes great memories; real or imagined.

I was at a retirement party recently. These were folks I’ve known (some well, some not so much) for a long time. Most had retired by now while a few were still hanging on. But we were all at that critical juncture in our group lives. Yet most were unaware that what used to be was about to change. Upon her retirement, my wife told our friends that we were ‘moving on.’ Turns out that retirement party was the beginning of the end to the old gang. Some got it. Many others didn’t.

There was once an enigma in one of my past lives. She was a swirling tornado of vivaciousness that swept me off my feet and rendered all logical judgment null and void. It was for me a period of elation and excitement, confusion and disappointment, deep feelings and unmet expectations(at least on my part). Then ultimately that infamous five minute phone call that ended it all. I could never figure out what happened…until now.

My wife would say that it’s a gender thing. She believes that women are much more likely to know and understand what another person is thinking. She claims that most women have an intuitiveness that can detect if another person likes them or not. They can read body language and subtle hints in conversations that paint a pretty clear picture of true intentions and interest.Men aren’t so well equipped. She would be less kind and simply say ‘we’re clueless.’

Upon reflection, I figure most of my fleeting friendships could be explained away simply be-cause of my focus on self, thoughtlessness or just plain immaturity. That would explain high school and a few of the years after that. But after the service it was a little different. Not that I was any more mature. I just think I had a little better handle on other people. The service did that to me.

The friends I made in the service (if ever so briefly) were an entirely different breed. We were both caught up in a time and place not of our making. We were trying to make the best of that situation. I’d venture to guess that if I met them today we would have absolutely nothing in common other than that fleeting window of shared experiences back then. It would probably be a very quick ‘yeah, remember’ with a smile and then as quickly ‘now you-all have a good life.’

On the other side of that relationship spectrum would be the high school and college friends I’ve become reacquainted with after an absence of many years. Not surprisingly, we usually spend the first twenty minutes doing an edited version of ‘So what have you done for the last fifty years?’ interjected with a few comments from (fill in the place here such as high school or college). Then the real fun begins with a genuine focus on the present and future.

Thankfully, none of these reunions have been a rehash of our ‘Glory Days’ but rather a reconnection of the bonds that brought us together in the first place…a long time ago. I’d like to reconnect with a lot more old friends like that.

Oh, and that enigma from one of my past lives. She became an East Coast ex-pat. Now after fifty years I think I’ve finally broken that enigma code. That realization (or assumption at this point) brings clarity to our past lives and a better understanding of what really was and wasn’t happening back then. 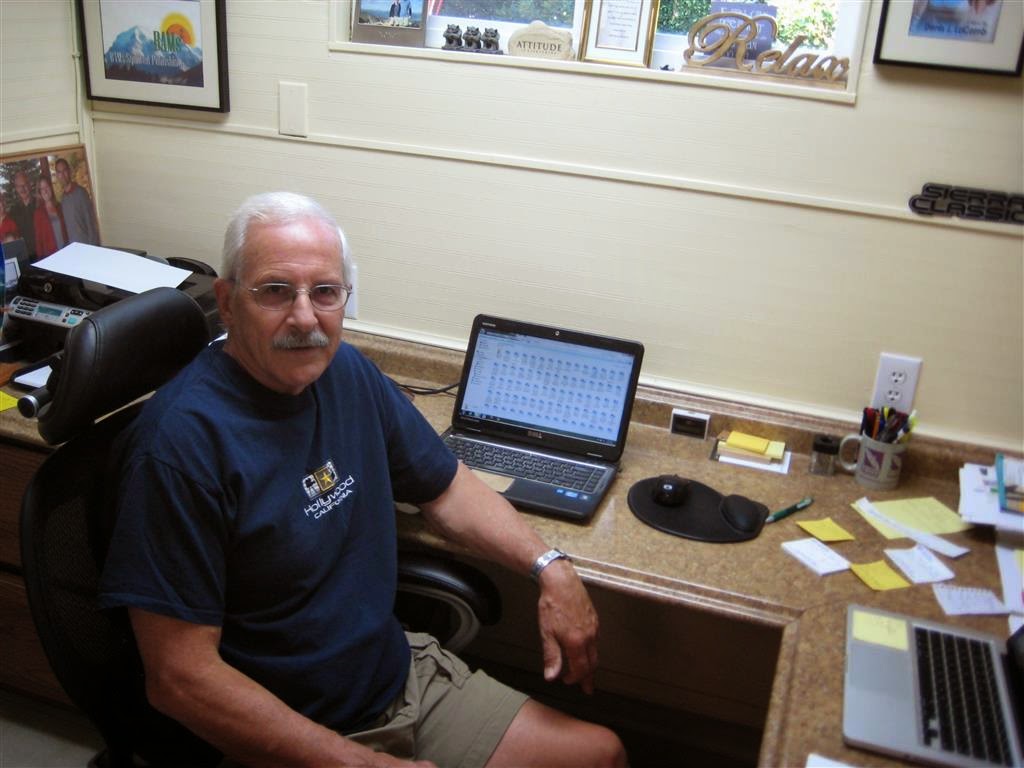 As a writer and one always hungry to better understand the human condition I can mine this new discovery to better explain the behavior of one of my characters in ‘Debris.’ It would seem to be a plausible explanation for this character’s confusing behavior toward the one she supposedly cares about.

Unlike in real life.
Posted by Author Denis J. LaComb at 9:00 AM