Although there are seven golf courses in Palm Springs, there is only one with a long and storied history that began under the cloud of antisemitism. It’s not talked about in any of the Palm Springs history books or tourism pieces or C of C literature. In fact, it’s seldom discussed in any of the glorified legends of this fabled place. 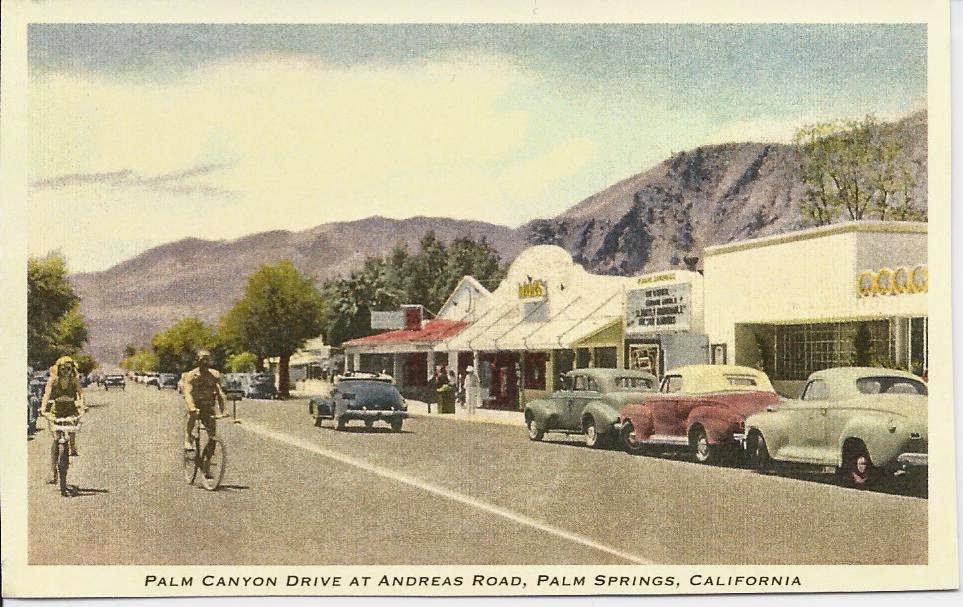 It’s like that icon called Hollywood back in its heyday where all of our heroes and heroines were white and straight. Everyone pretended as if that sort of thing (discrimination) never happened here or anyplace else for that matter. But it did and as a result a beautiful golf course was built on what was once a large stretch of barren desert. 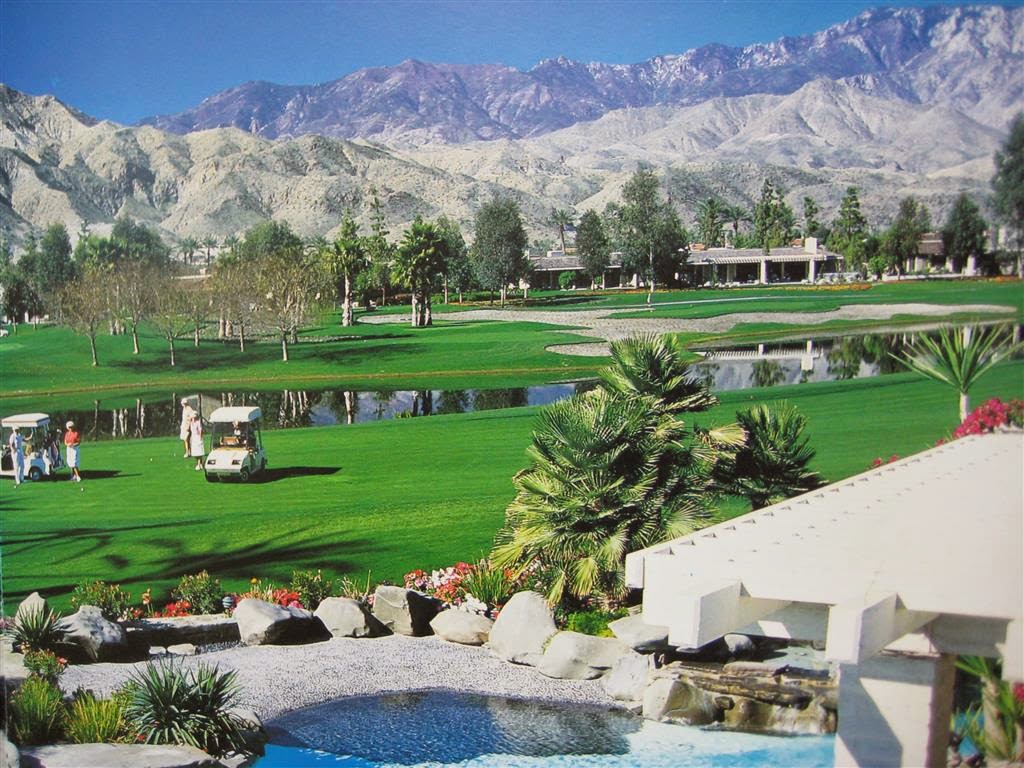 Canyon Country Club opened on New Year’s Eve of 1961. Its clubhouse was designed by noted architects Don Wexler and Ric Harrison. It caused an immediate sensation with its eye-catching mid-century architecture situated on a golf course that was surrounded by custom and semi-custom homes. No tract homes were allowed around the course.

When first developed, the area was nick-named ‘East Beverly Hills’ for its show business community of residents. Surrounded by the Santa Rosa and San Jacinto Mountains, the area became a cache of Hollywood legend and lore. Some of which continues to this day.

But the origins of the entire area was based less on creating a respite for Hollywood’s elite as it was to satisfy the desires of a certain religious class of resident. Canyon Country Club grew out of the need for middle class and upper class Jews to have their own place in the sun along with other ethnic groups that flocked to this desert playground back in the fifties and sixties.

Today more than 32,000 Jews reside in the Palm Springs area. That wasn’t the case back in the mid-forties right after the war. Rampant antisemitism was a fact of life in Palm Springs as it was in many other parts of the country.

It was Philadelphia publisher Walter Annenberg (TV Guide, etc.) who opened the Tamarisk Country Club down valley in 1946 after being refused membership in the Los Angeles Lakeside Country Club. His connections with Hollywood and corporations alike made Tamarisk Country Club a rousing success. Unfortunately that policy to allow Jews and certain other ethnic group’s access to such facilities didn’t change the social barriers immediately in Palm Springs.

It wasn’t until the late fifties that developers began eying a large stretch of barren desert at the south end of town. In the late fifties, Palm Springs was considered just a winter getaway which turned into a ghost town in the summertime. As they began creating the signature golf course and home builders began building custom and semi-custom homes around it, a huge marketing campaign went into full gear. 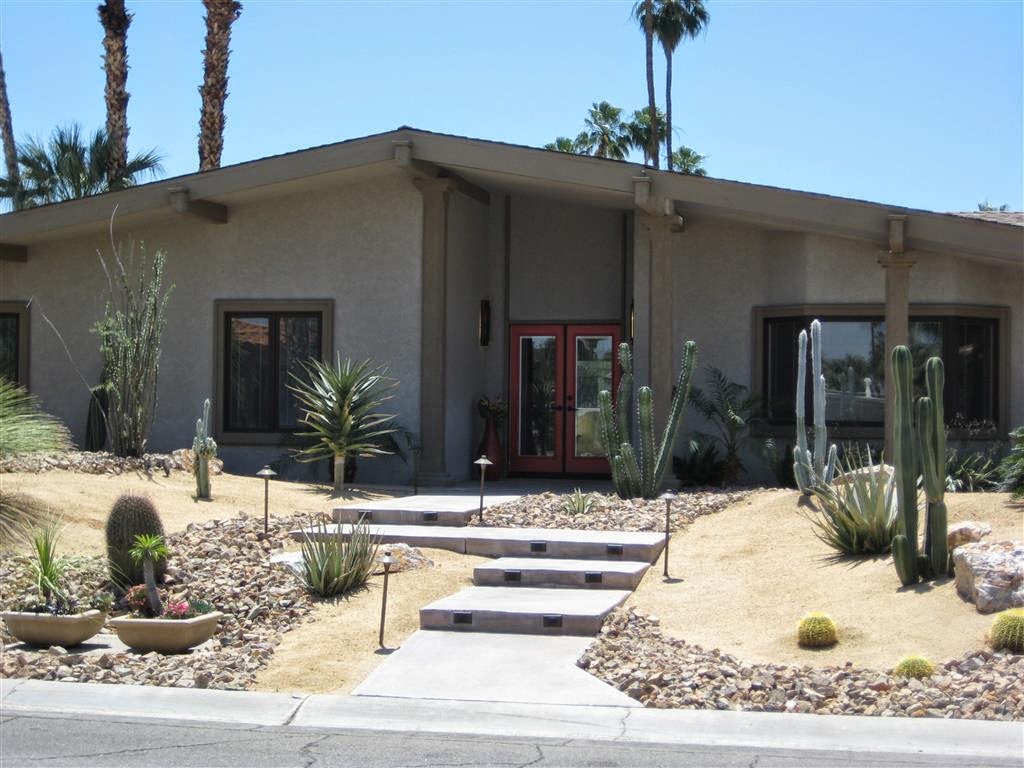 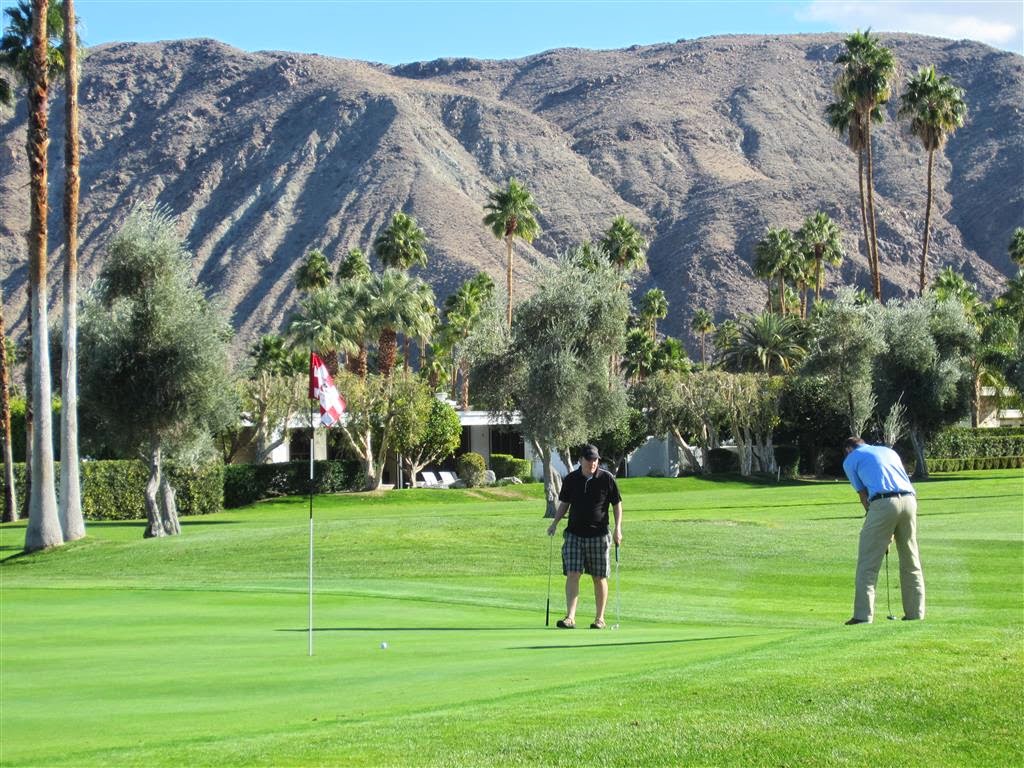 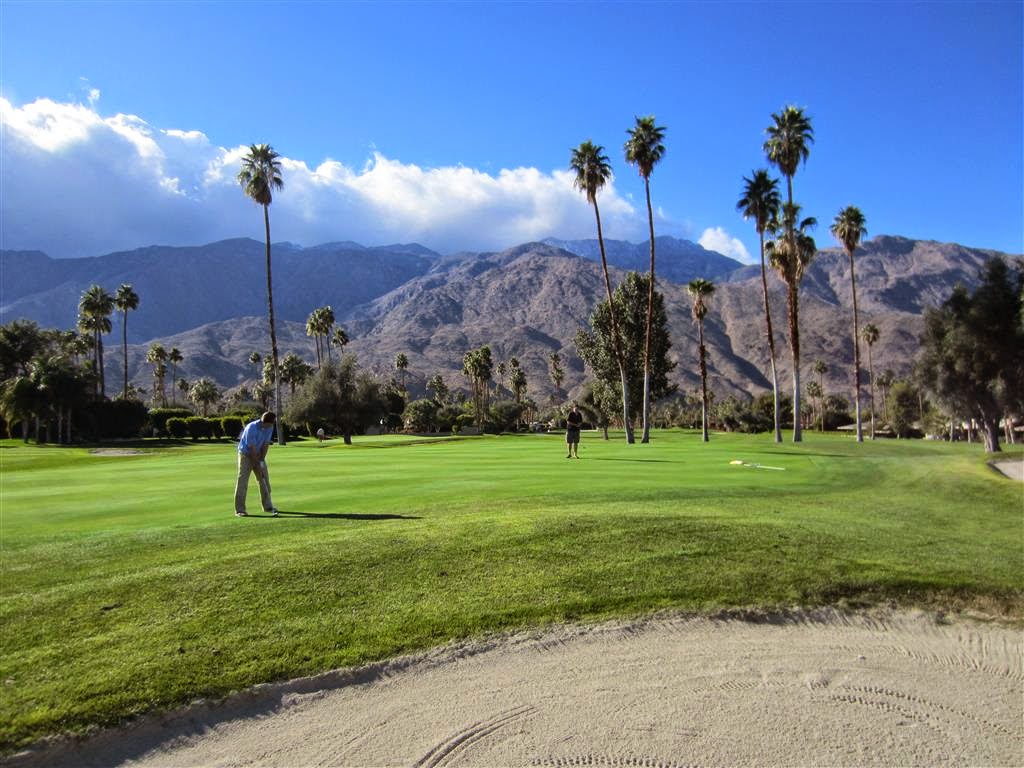 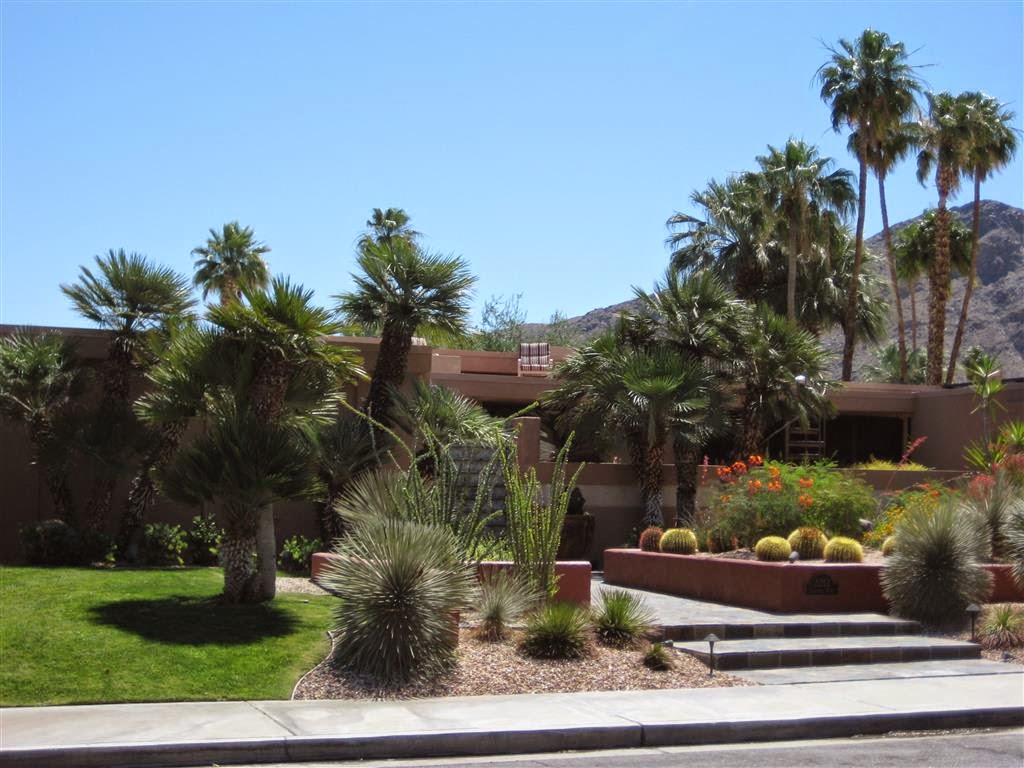 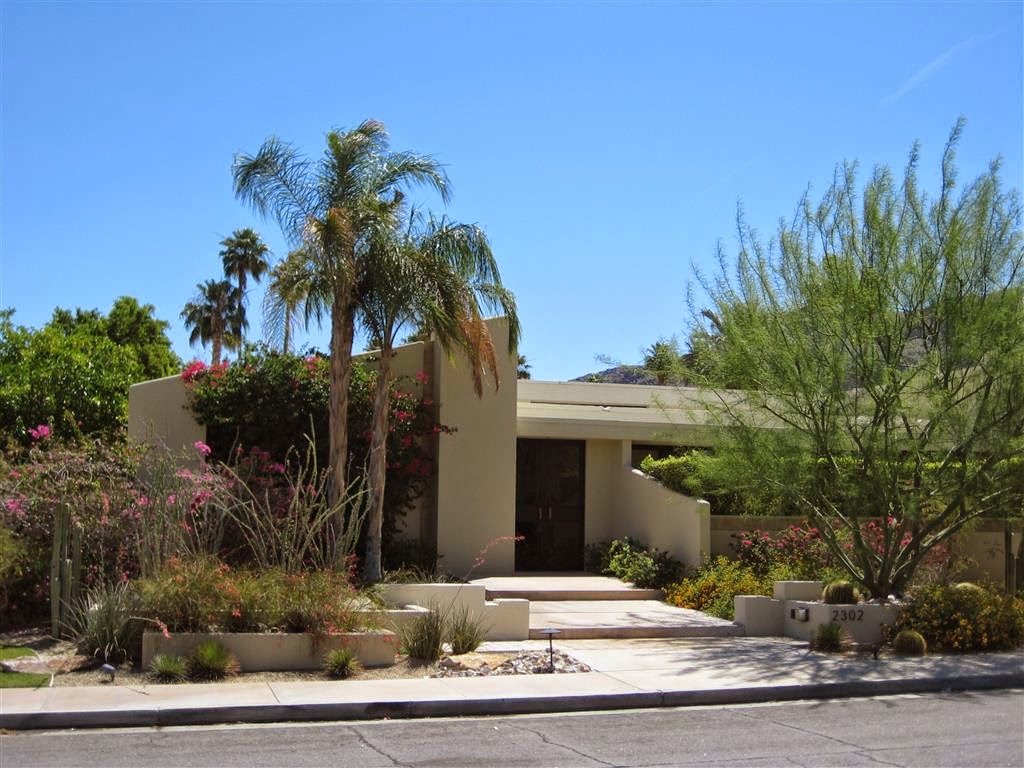 The golf course and its unique one-of-a-kind homes were marketed specifically to middle class and upper class Jewish buyers who might be looking for a second home in the desert. Advertisements were placed in magazines and newspapers in the San Francisco, Los Angeles and San Diego markets as well as numerous second-tier markets. It was an overnight success and attracted a large clientele of enthusiastic buyers. 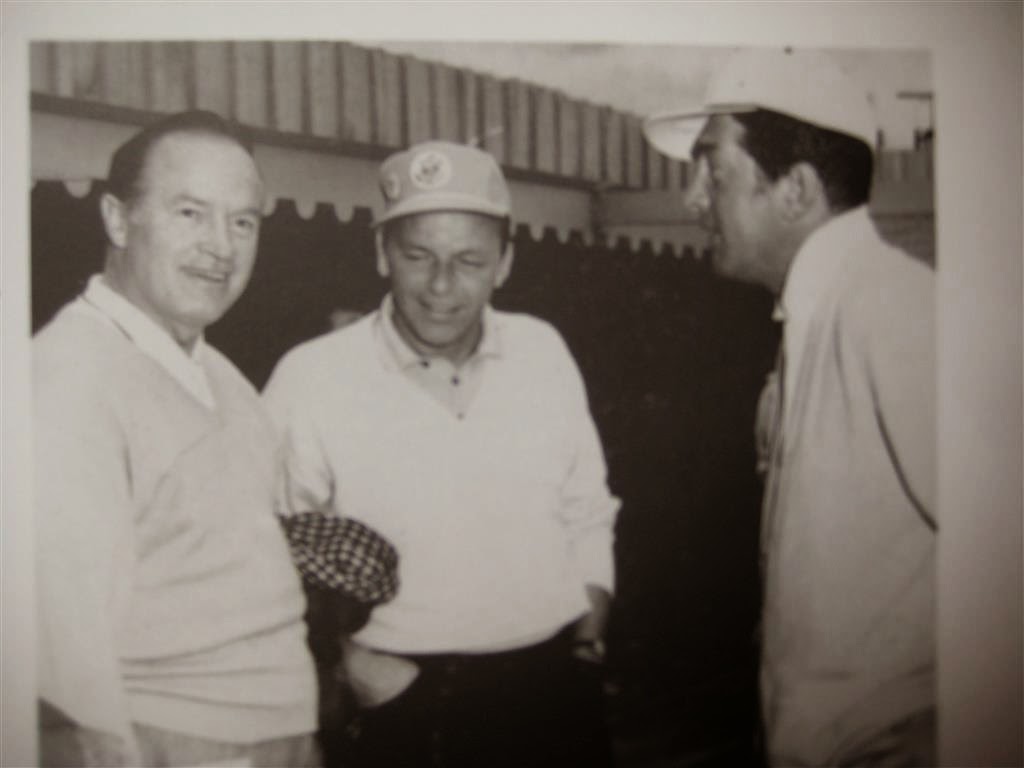 Part of the appeal of the area beyond its acceptance, and in fact, welcoming of Jewish home owners was the club’s membership roster which read like a who’s-who of Hollywood elite. Frank Sinatra, Dean Martin, Sammy Davis Jr. Johnny Carson, Jackie Gleason and Milton Berle were all regulars. But it wasn’t just celebrities that frequented the course either. Jack Kennedy, Lyndon B. Johnson, Spiro Agnew and Gerald Ford were among the many politicians who conducted business between rounds. Walt Disney donated a copper water fountain (crafted in Germany) to the club that still serves as a major showpiece between the 9th and 18th holes. 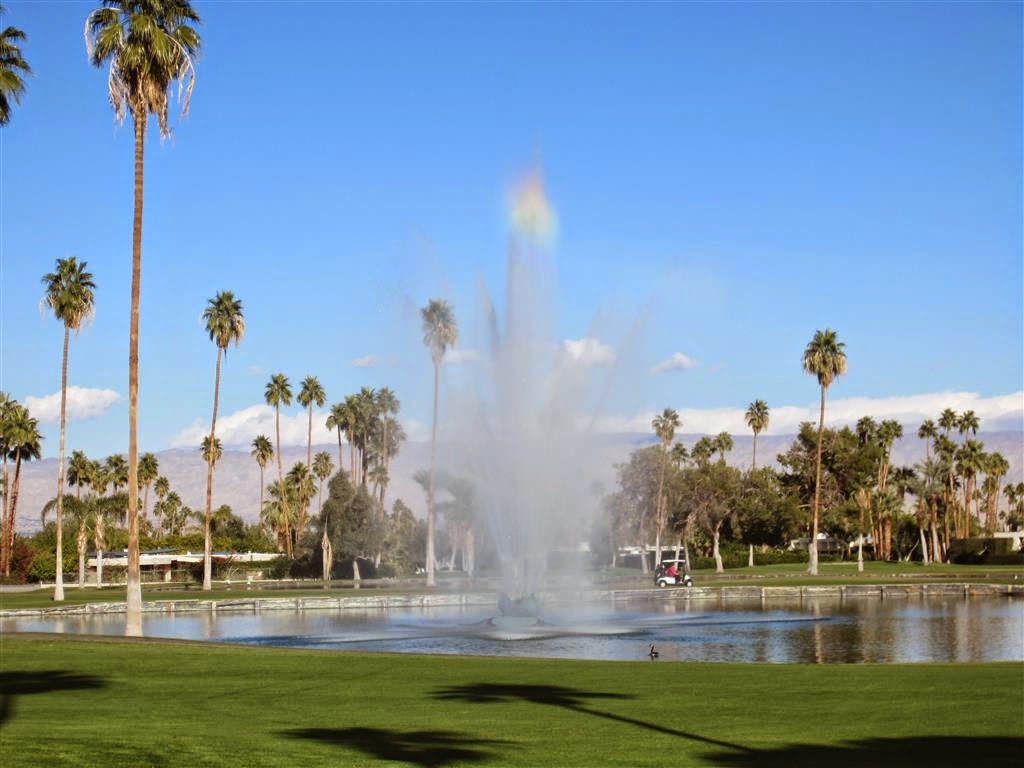 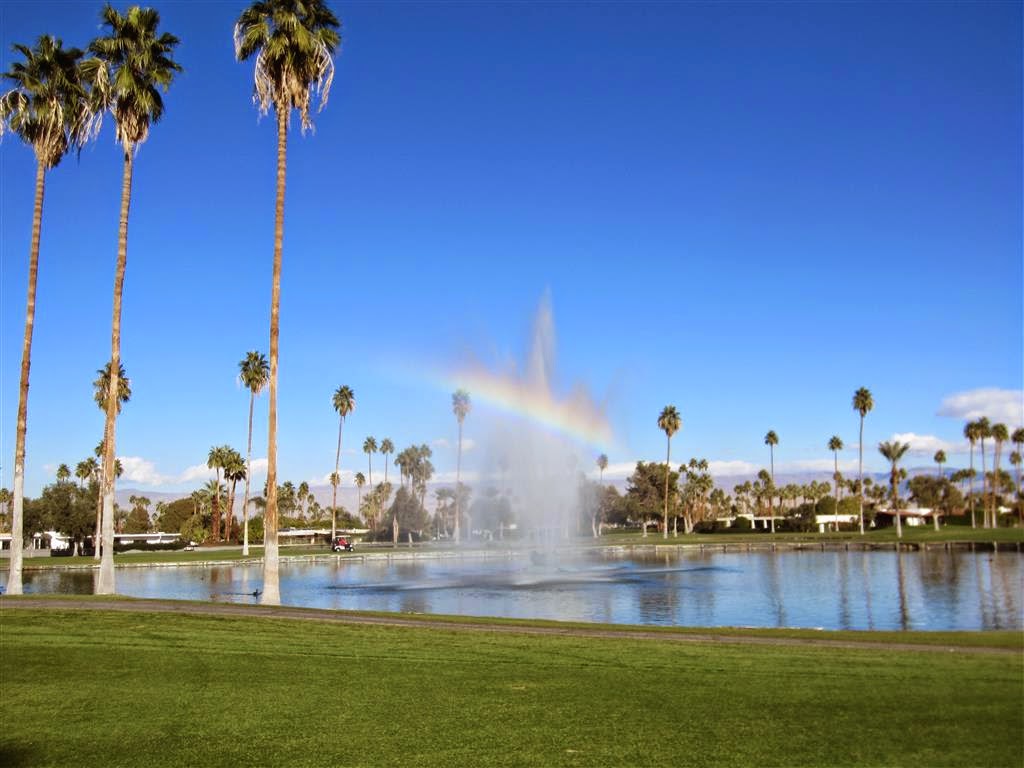 As the years went by, the homes around the golf course changed hands and its predominantly Jewish population gave way to a rich blend of ethnic groups all clamoring for their place along the fairway. Over time, the golf course itself changed ownership and went from the fabled Canyon Country Club to Palm Springs National to its present day title of the Indian Canyon Golf Resort. Despite the name changes, Indian Canyon is still the only golf course in Palm Springs that features single family homes bordering its links. All the other golf courses in town have condo developments surrounding them. 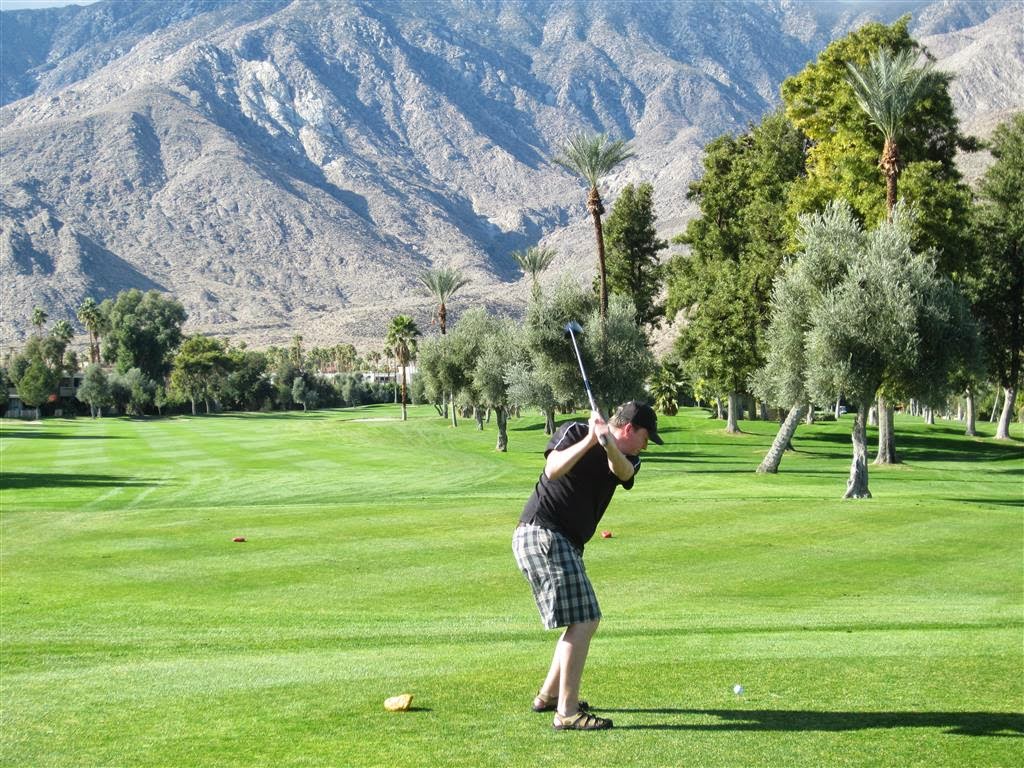 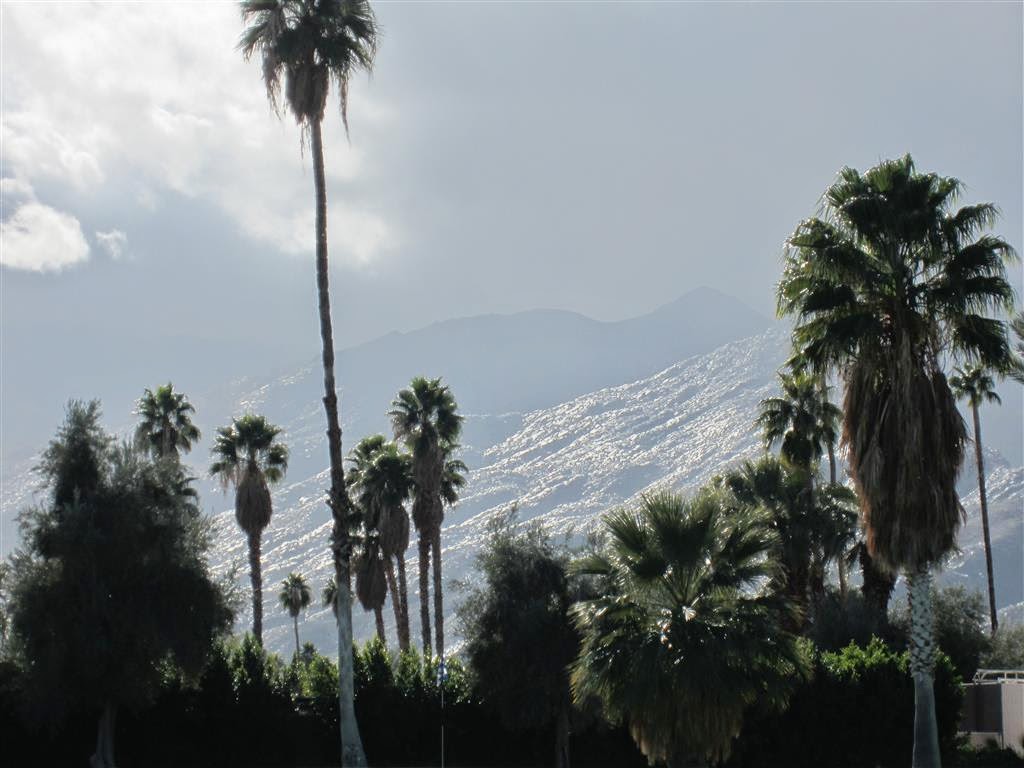 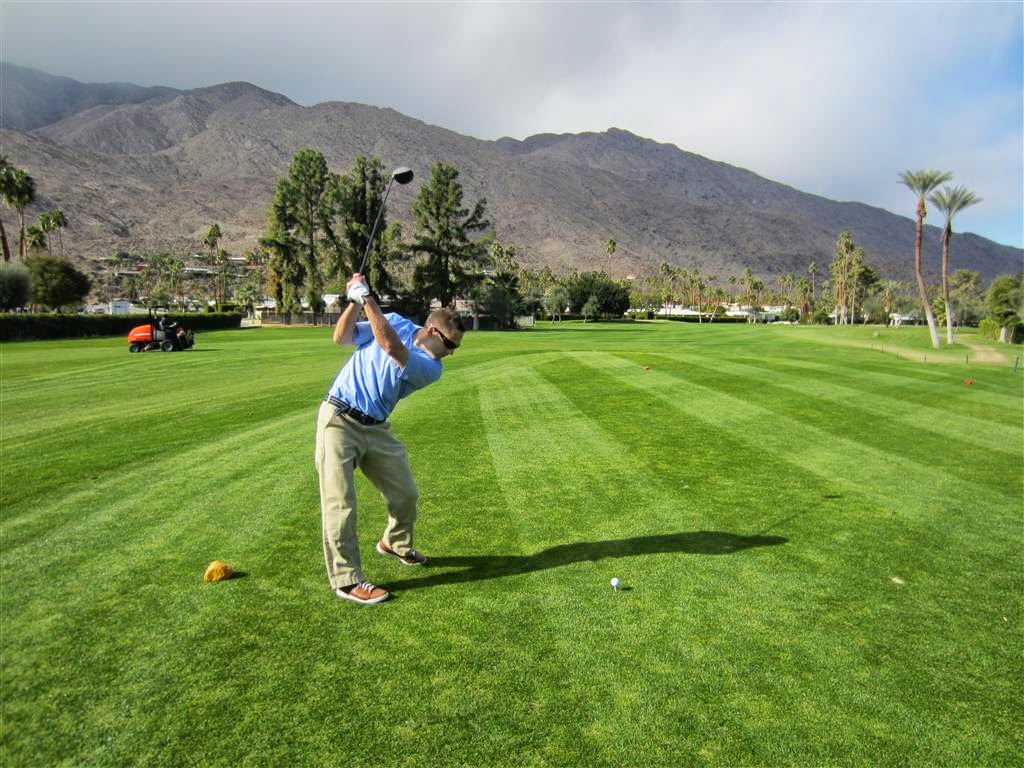 The name has changed but the links remain well-groomed, the grass is cut on a daily basis and golfers still enjoy breath-taking views all around them. After sixty plus years, the legend and lore and exaggeration that defines Palm Springs continues to this day on this blanket of green.
Posted by Author Denis J. LaComb at 10:00 AM