94 Locks and a Good Cup of Coffee 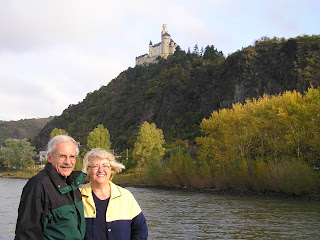 It was a river cruise called the Great Rivers of Europe. A two week boat cruise that traversed the Danube, Main and Rhine Rivers. Luxury sailing from Vienna, Austria through Germany to the Netherlands. Sixteen days aboard the MS River Rhapsody; cruising past quaint, lovely towns, picturesque castles painted on the hillsides, side trips to points of interest and great conversation on board. 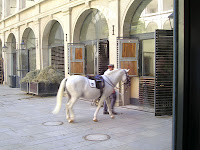 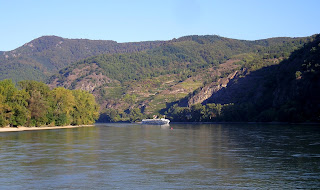 It was the official end of a career in academia for one of us and a break from writing for the other. Two weeks back in a foreign country. Only this time I got to bring my Ipad along.

The passengers were, for the most part, an interesting assortment of well-traveled singles and couples, along with several groups of newbies such as ourselves. One hundred years ago, it would have been a luxury steamship for the privileged class but today we were just twenty-first century bourgeois.

I’ve always been fascinated by the almost organic metamorphosis that usually takes place in artificial environments such as a cruise. Or a us tour or most group travel situations. People are drawn to one another for a myriad of reasons, most of which cannot or are not verbalized but certainly understood, especially by the stronger sex.

So couples connect and hang out and become fast friends for the duration of the trip. Then they go their separate ways and seldom if ever reconnect again. The exact same thing happens in the service, in school and most short term artificial worlds. We were lucky to meet some very nice and interesting folks.

There was the older couple ever attentive to one another's needs. She was recovering from brain surgery and had trouble walking. But he was at her side every step of the way, climbing stone steps and cobblestone walkways together. They were always a little behind the rest of the group but they were always there. She had written a book about how her cancer and subsequent surgery had profoundly impacted their lives and marriage. I promised to read it but haven’t yet.

There were two couples from Wisconsin who I immediately assumed hadn’t done much traveling after hearing their accents and observing their Midwestern mannerism. But after a couple of minutes, I realized they had been to more countries than I knew even existed. I was the fool for making such a quick assumption. After that, I kept my mouth shut and my mind open. I listened and learned a lot about other places I think I’d like to visit someday.

There were two older gentlemen on board, each on their own. One was 92, the other was 93. Both had done the cruise before but wanted to return to rekindle those fond memories. Each without a wife at their side, this time around.

There was a cute couple from North Carolina who hadn’t done much traveling but found river cruising much to their delight. Usually she spoke and he listened. But together they communicated in words unspoken and subtle gestures each understood all too well.

I met a newly single guy whose kids put him on the boat to keep him distracted from the emptiness of his home now that his wife had passed. He skyped his grandkids every chance he had. It helped a little bit.

We had dinner several times with a guy who would only say that he used to work for the government. But one had the feeling that he wasn’t talking because it was information you shouldn’t have and he wasn’t about to reveal. Government work always carries with it certain connotations. Better left unexplored. He also talked about trying to reconnect with old friends. I wonder if he was any more successful than I’ve been.

There were numerous other couples, each of whom added something to each meal that we shared with them. Most didn’t have unique personal stories. Just a lifetime of hard work and a desire to enjoy the fruits of their labor. We spoke the same language.

For a few men, this passage through Germany was a chance to revisit their past. These were guys who left the boat at certain points along the way to visit their old army bases, recapturing memories from their times in Germany as bachelor soldiers. Back on board, their alcohol-induced verbosity brought out more beers and tall tales only another veteran could believe, enjoy and understand. I’d never been stationed abroad myself but their war stories kept us up until the early morning hours. 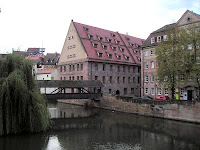 My much prized quiet time usually began around 5:30 in the morning, amid some unnamed lock someplace in Germany or the Netherlands. Each morning, I would join a select group of insomniacs who would gather in the lounge for coffee and pastries before the rest of the world woke up. 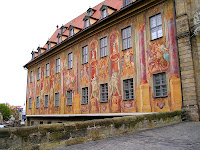 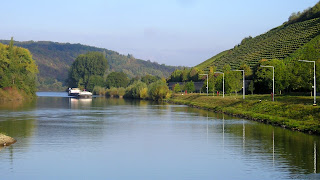 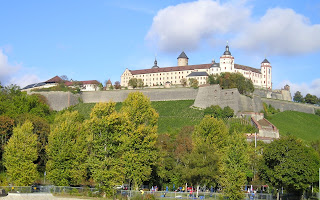 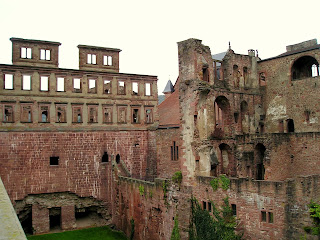 I love German engineering, especially for their coffee-makers. Morning coffee came from one of those machines that make several types of coffee, tea, and hot chocolate. Hand it to the Germans, the machine worked like a charm. In America, it would be relegated to cheap motels and dingy truck stops. In Europe, it could have competed with the best barista around.

This small group of early risers, each desperate for their morning fix of news, information and caffeine, would stake out tables away from one another. It was our quiet time. There were a total of 94 locks to pass through from Vienna to Amsterdam. So it was usually a lock and coffee each morning.

For me, it was a perfect period for reflection before we began our daily routine of breakfast, tour a town, optional side trips, relax on board, cocktail hour and dinner.

The trip was a return to another world I hadn’t traversed for a long time. More chapels and cathedrals than I care to remember. Gothic and Roman ruins that spurred the imagination. Every market platz looking about the same. Yet an appreciation for another culture so different from my own suburban domain.

Those small German towns were so unlike small town America. Compact, efficient, tight quarters but never feeling cramped or uncomfortable. Some stand out more than others. Some of the larger cities were grand. Cool Heidelberg and Ancient Cologne, for example.

One afternoon, coming back from some castle someplace, we traveled on the autobahn.
We were doing eighty in our bus and seemed to be standing still. The far two lanes on our left must have been clocking out at 100 to 110 as they flew past. Not surprisingly most were Italian sports cars or Porsches. I felt safer in the bus. 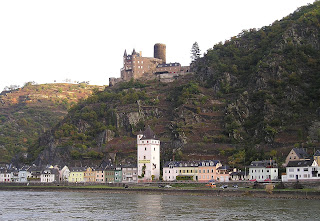 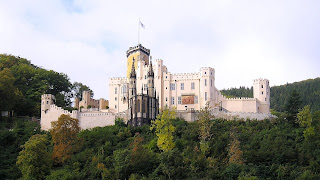 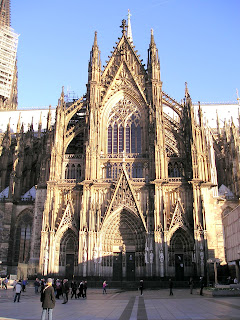 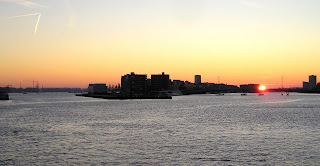 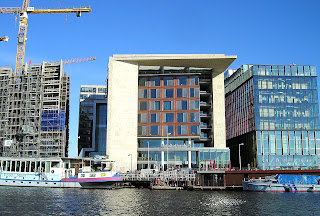 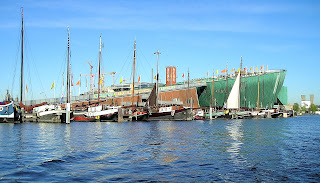 We ended up in Amsterdam on the last leg of our trip. That, in turn, brought back all kinds of memories. The first time I traipsed through the old Central Train Station, back in the sixties, I had just graduated and was going to live in Europe for an indefinite period of time.

‘Just across the bridge in front of the train station and to your left, they all told me. And don’t eat the brownies.’

It was about a year later that I sauntered through the old train station for a second time.     By then I had a real job in public television and was back to visit old friends I had made the first time around.

This last time we arrived on a beautiful riverboat. The central train station was being renovated but the same drab concrete pillars still greet new arrivals just off the train.
And if you cross the bridge just outside the train station and turn left, it’s still there too.

All in all, it was a great group of folks to spend time with on the river. Educated, well-traveled, successful and ever curious about the world around them. It was a temporary life style unlike my first experiences in Europe years earlier, but it still quietly and subtly encapsulated a host of unique experiences. A captured world that probably would not have taken place anywhere else quite like that.

Of course, at debarkation, we all promised to keep in touch. Most of us understood that we never would. We shared two weeks on the boat, cruising the great rivers of Europe and we’re all better for having known one another if for only those two short weeks. That’s about as good as it gets. And that’s pretty good.

Many thanks to Mary from Wisconsin for the great photos of our trip.
Posted by Author Denis J. LaComb at 11:28 AM